The opening ceremony of the 69th Dubrovnik Summer Festival will traditionally be held in front of St Blaise's Church on Tuesday, 10 July at 21:00. This year, the ceremony is directed by Saša Božić, who is also the author of the script, in accordance with the focus of the 69th Festival on audience development, showing that artists, as well as the citizens, are the substance of the City and the Festival.

Conducted by maestro Tomislav Fačini, the music is performed by the Zagreb Philharmonic, the WDR Children's Chorus from Dortmund, the Pro musica Academic Choir from Mostar, the Dubrovnik Chamber Choir, the Libertas Mixed Choir and the Female klapa of the Linđo Folklore Ensemble. An indispensable part of the opening are the Linđo Folklore Ensemble and the Festival Drama Ensemble, which is represented this year by Nataša Dangubić, Nikša Butijer, Ozren Grabarić, Nika Lasić, Izmira Brautović and Krunoslav Šarić, as well as the acting and dance students of the Zagreb Academy of Dramatic Art. The citizens of Dubrovnik Zora Brajević, Luciano Capurso – Luči and many others play a special role in the ceremony. 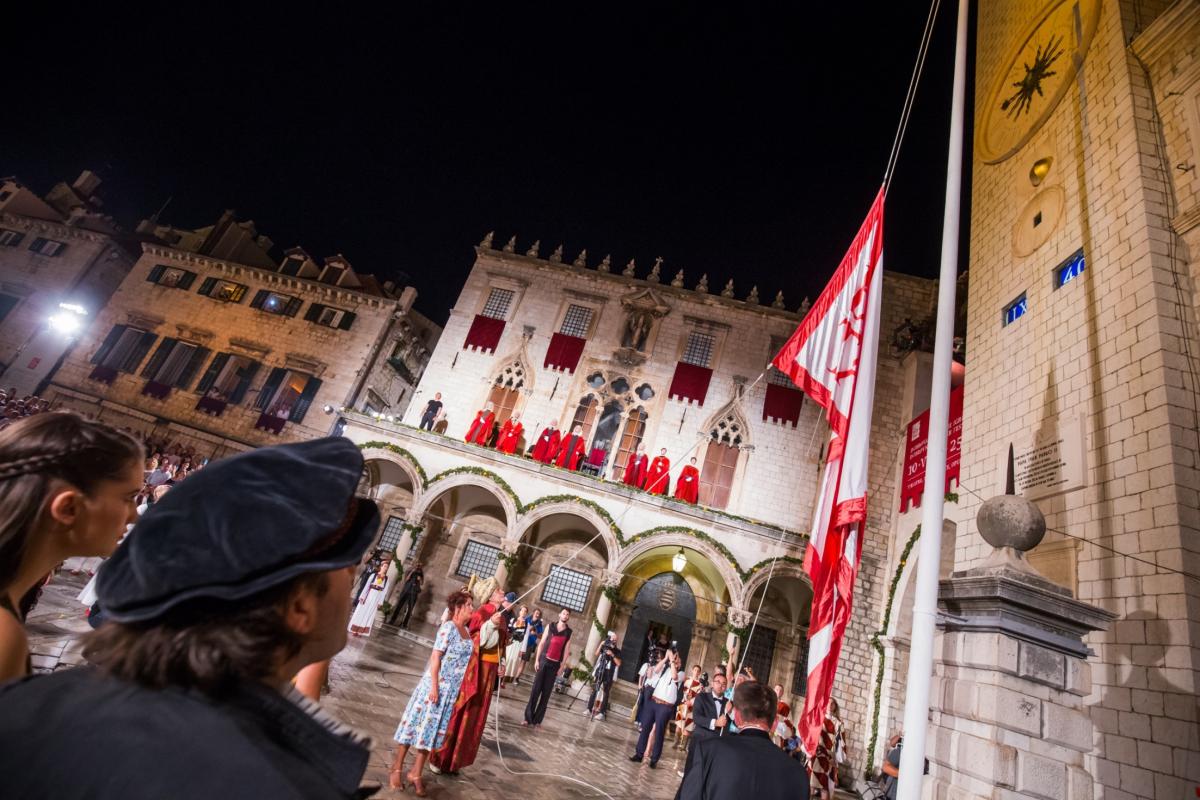 Opening Ceremony of the Dubrovnik Summer Festival originated in the collective memory of Carnival, the season during which travelling actors, troubadours and other entertainers were allowed to enter the City and amuse its residents with their performances until Ash Wednesday. The Rector of the Republic of Dubrovnik gives the actors keys to the City, symbolically allowing them to perform there. This will also occur this year, since the programme includes traditional elements of the opening with the Rector, the artists and Linđo, combined with City’s recent history (Dubrovački trubaduri), theatre and literature (Držić, Paljetak), with comments of citizens' representative – actress Nataša Dangubić. The end of the ceremony will be marked by pyromusical display, starting around 22:00.

Opening Ceremony will be broadcast live by Radio Dubrovnik, Croatian Radio Channel 1 and Croatian Television Channel 1. After the raising of the Libertas flag, up until 25 August, 20 site-specific locations of Dubrovnik become a place of encounter of approximately 2,000 artists from all over the world with domestic and international audience of around 60,000 visitors.

Dress rehearsal for the ceremony will be held tonight, 9 July at midnight, as an indispensable and always interesting part of the Festival which traditionally attracts numerous citizens of Dubrovnik and their guests.