Festival Backstage Through the Lens of Marko Ercegović

Home/ News/ Festival Backstage Through the Lens of Marko Ercegović The third exhibition at the anniversary 70th Dubrovnik Summer Festival is the Festival Backstage by photographer Marko Ercegović which captures many fascinating, yet often unseen, goings-on behind the scenes of the Festival-making process. The exhibition will formally be opened on Saturday, 17 August, in the Sponza Palace atrium at 9pm. 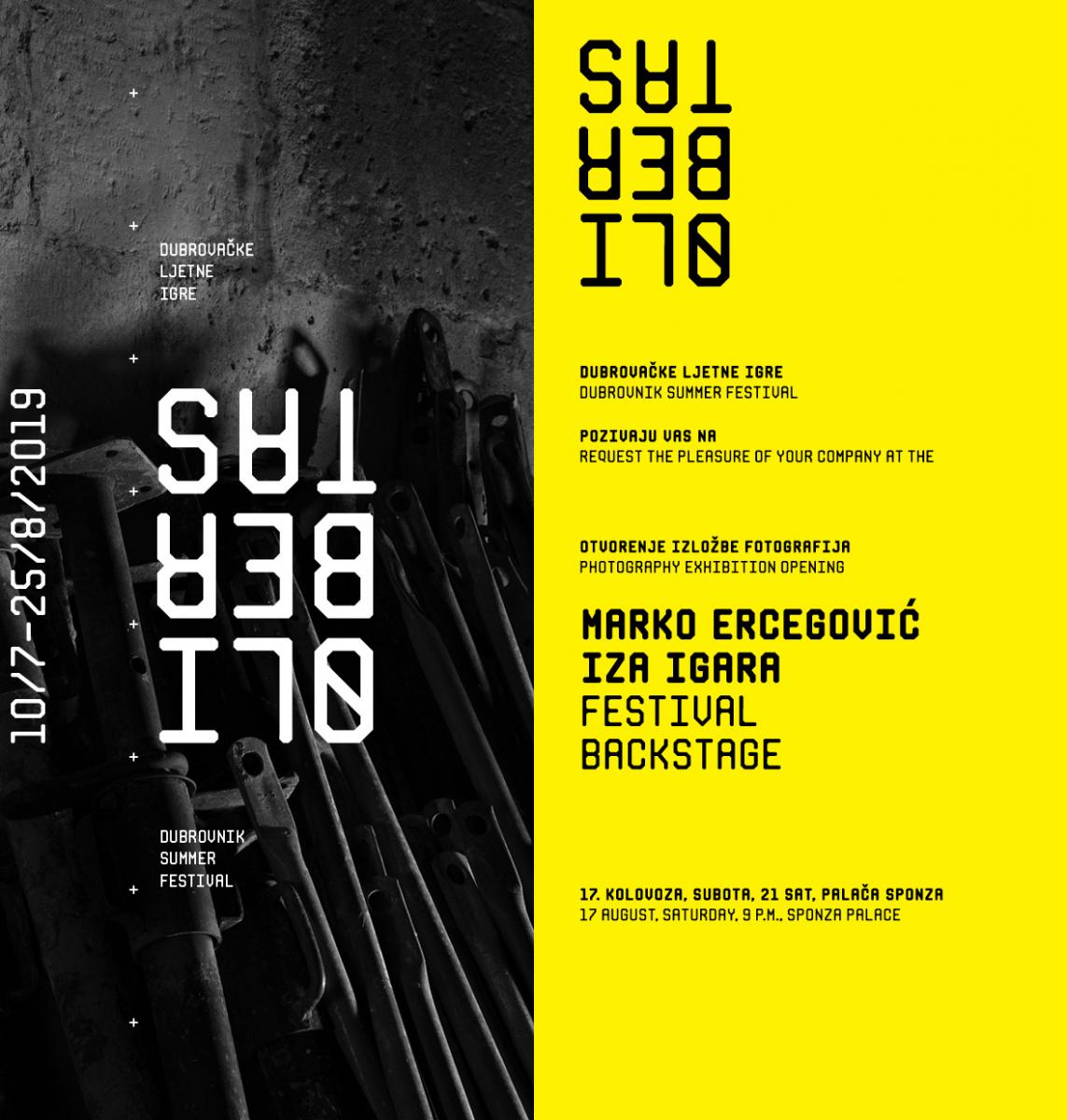 As one of the official photographers for the Dubrovnik Summer Festival and over the course of his professional career, Marko Ercegović made his mark in theatre photography. Although he usually takes brilliant photos of actors amid performances on the stage, this summer he pointed his camera behind it as well, to the costume designers, manual workers, technicians, directors and actors right before or just after their plays. Along with the backstage, he also captured moments in the Festival palace, collecting in his photo-archives moments with which the general public is usually not familiar. 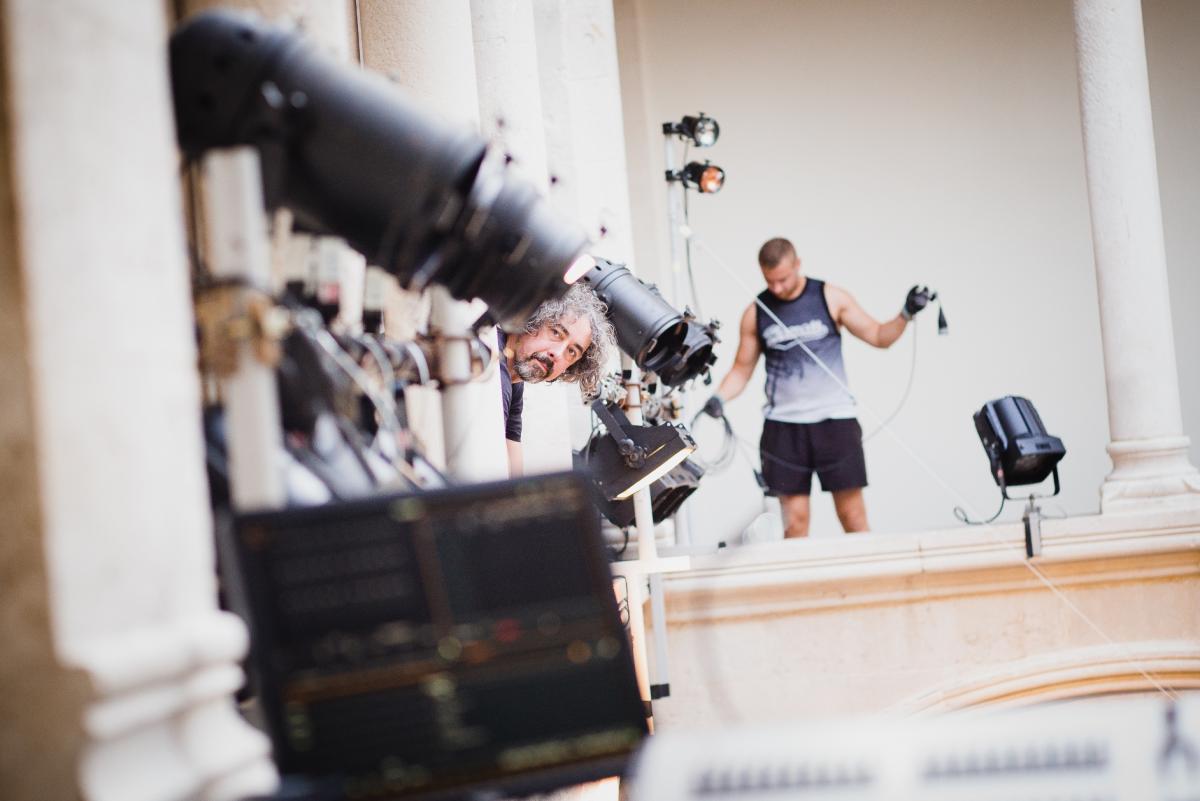 The author of the text accompanying the exhibition, Helena Puhara, writes that this is a “praise to the workers, artists and audiences. To all those without whom the final product – a stage production or a concert, would not be possible. With his photo diary, Marko introduces us to the spaces ‘behind’, as well as those ‘before’. In his photographs, we see the process of setting the stage, costume designers at work, drivers, various desk workers, nervous actors, cleaners… We see a world different than that more or less familiar moment when ushers point us to our seat in the auditorium. In the space ‘behind’ and space ‘before’ everyone is equally important and everyone takes part in the collective activity the final goal of which is to present the audience with a work of art.” 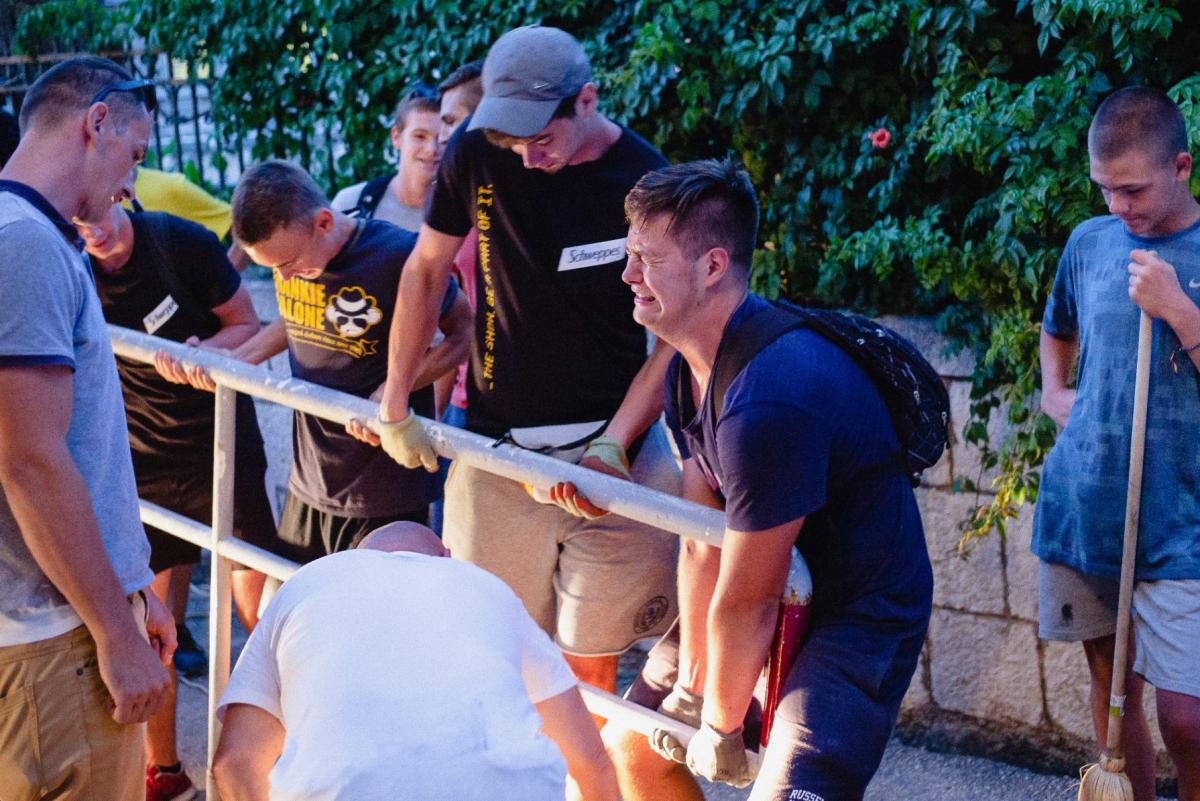 Just over 150 photographs will be displayed in the Sponza Palace atrium, from the exhibition opening on Saturday, 17 August, at 9pm until the Festival’s closing, 25 August. After that, it will be put up in Zagreb, in the Cultural Information Centre spaces, as part of the “Dubrovnik Summer Festival in Zagreb” project.