The Zagreb Soloists and pianist Martina Filjak performed Papandopulo, Mozart, Tchaikovsky and Schönberg last night, 14 July, in the atrium of the Rector’s Palace in front of a large crowd of foreign and local music lovers. 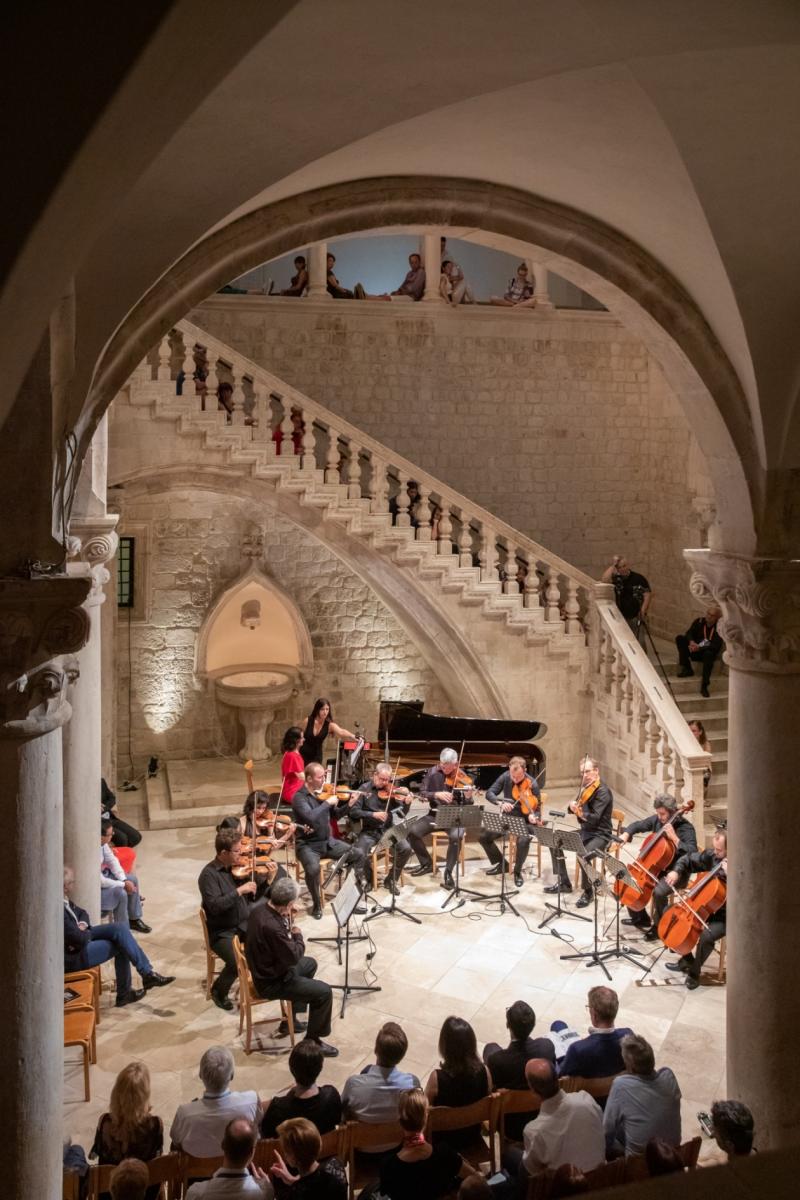 The two-hour concert by beloved Festival and Dubrovnik guests, the acclaimed Zagreb Soloists and talented pianist Martina Filjak, delighted the audience. During their illustrious and long career, the Soloist were both the promotors of Croatian music and a great influence on its evolution, inspiring composers to make pieces just for them – many of which are on the ensemble’s standard repertoire, including the Boris Papandopulo suite for strings Pintarichiana performed last night. The suite was followed by Mozart’s Piano Concerto No. 13 in C Major skilfully performed by Filjak who said that the veiled drama of this Vienna concerto suggests feelings of joy, bittersweet melancholy and even wonder in each themes’ presentation, with the themes including introductions, reprises and chance encounters, meetings and farewells. She added that she always, since ger first solo performance which was awarded the coveted Orlando at the Festival in 2008, gladly returns to the proud yet magnanimous City, to its stunning scenery and genteel hospitality. 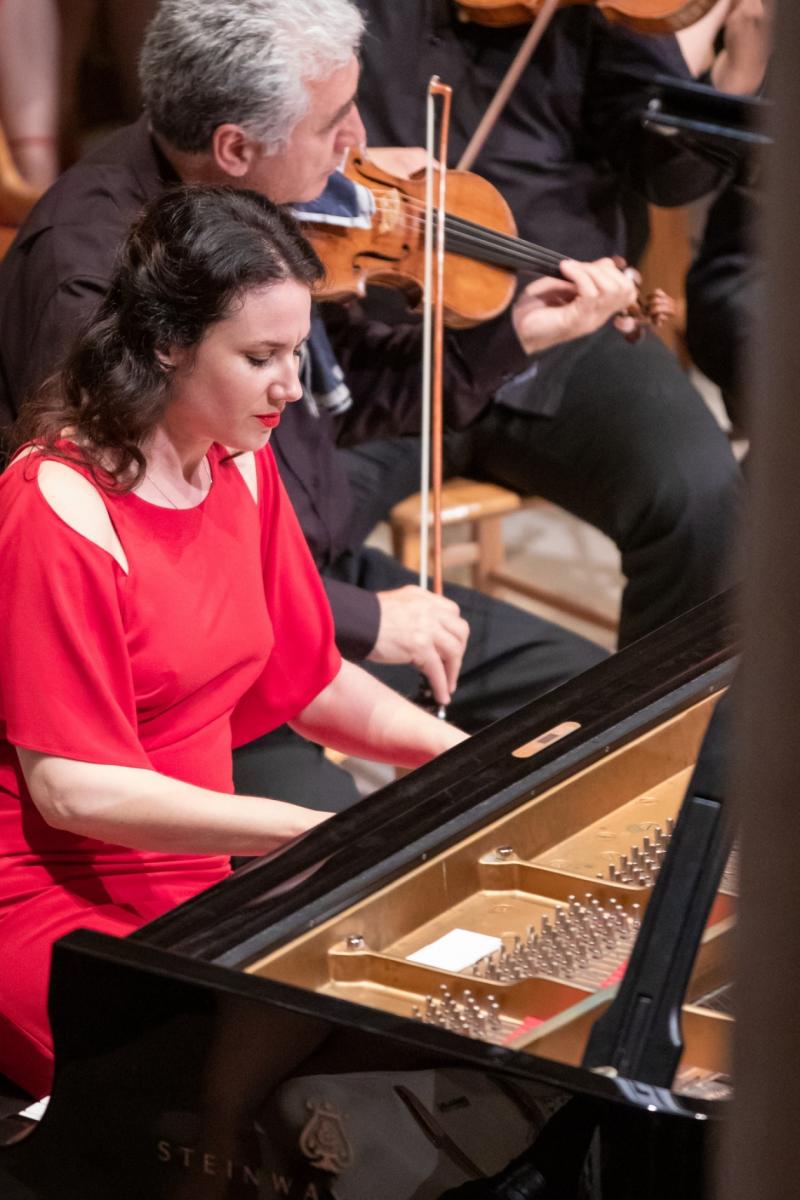 The latter part of the evening saw Tchaikovsky’s Romeo and Juliet Fantasy Overture in Mendelssohn’s arrangement for strings and piano and the deeply expressive Schoenberg piece Verklärte Nacht (or Transfigured Night). The thunderous applause and the audience’s ovations at the end of the programme confirmed that the anniversary100th performance of the Zagreb Soloists at the (also anniversary) 70th Dubrovnik Summer Festival was truly properly celebrated. 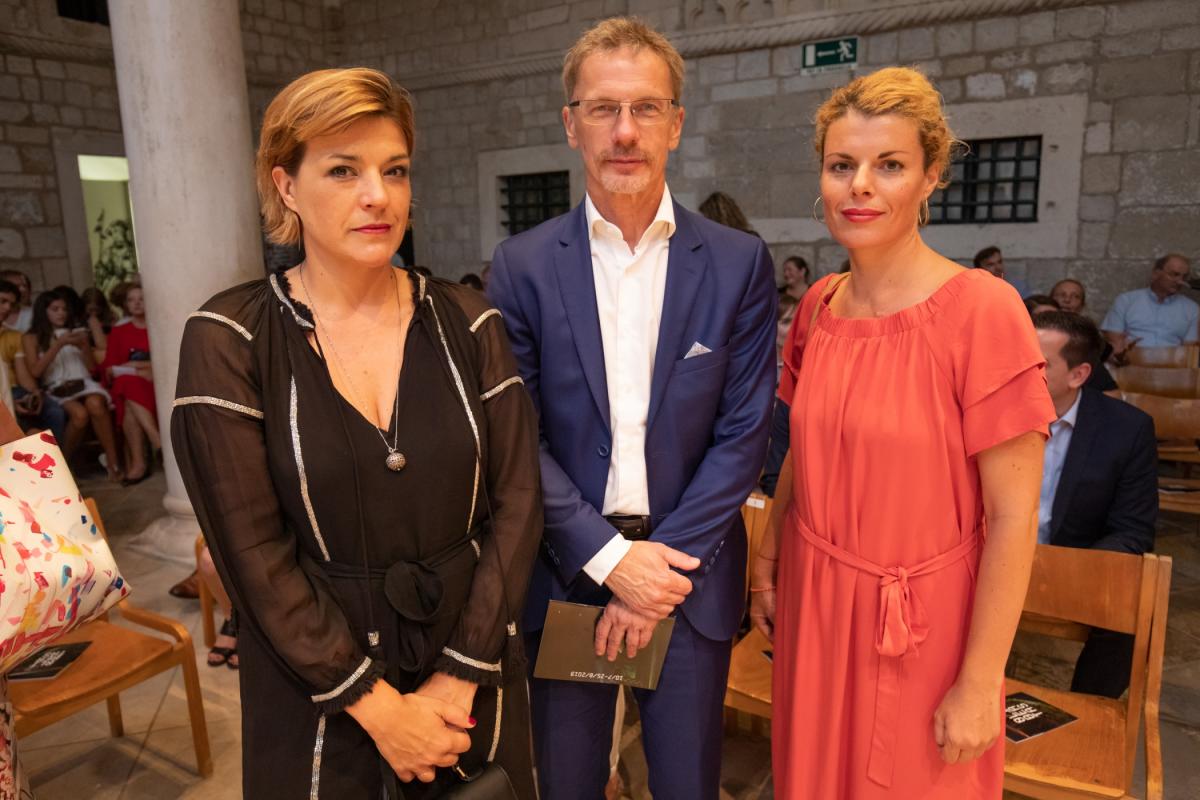 The Festival music programme goes on with a performance again in the Rector’s Palace atrium, on 18 July, by twelve virtuoso musicians and five Luka Sorkočević symphonies, one Ivan Jarnović Concerto favori, along with Händel and Vivaldi pieces. Tickets for the Music of Dubrovnik Summer Villas, as the performance is titled, are available for purchase at the Dubrovnik Summer Festival website www.dubrovnik-festival.hr or via www.ulaznice.hr ticketing service and at the box office of the Festival Palace (Od Sigurate 1) every day from 9am to 9.30pm. All residents of Dubrovnik-neretva county are offered a 30% discount on all tickets. Purchases made with Mastercard® and Maestro® cards receive a 10% discount while all purchases and orders over 500 kuna receive a 30% discount voucher for Festival souvenirs.