It’s time for the adventure: meet the new edition of Priceless Croatia

Croatia is one of the world’s favorite tourist destinations, which is confirmed by 18.5 million tourists who visited the country in 2017. Ahead of the upcoming tourist season, our country has become an even more interesting destination. New edition of Priceless Croatia, offering a range of unique and exclusive experiences for Mastercard cardholders and enriching the tourist offer, has been launched today.

Croatia entered the Mastercard’s global Priceless Cities platform in 2017 as Priceless Croatia (www.priceless.com), joining destinations around the world accessible from 87 countries. This platform promotes experiences in many world and Croatian destinations to travelers around the globe. In addition to tourists, experiences are also available to domestic residents, and the opportunities offered by Priceless Croatia relate to gastronomic, cultural and entertainment activities that allow users to experience the country in a completely new way.

Once registered on the Priceless Croatia website, Mastercard cardholders from all over the world have the privilege to experience a home of gladiator fights since the 1st century in one of the six largest Roman amphitheaters in the world, take part in the famous Croatian film festival or experience the oldest Croatian street festival as a V.I.P., discover the magic of brewing, taste the world’s best olive oil from the source, enjoy in wine tasting with the view paired with dinner from the winemaker’s organic garden, unravel Dubrovnik secretes during Dubrovnik Summer Festival, dance the night away at Ultra Europe Festival, meet the dark side of Zagreb from the Middle Ages onwards, discover Croatia’s sunniest island and its longstanding wine tradition, enjoy in Šibenik on a private boat and in the Jessie Ware concert, and many more.

According to Sanja Žigić, Mastercard Croatia Country Manager: “Mastercard is proud to offer to those who live in Croatia, as well as to those who visit the country for passion, the one-of-a-kind experiences designed by our prestigious partners exclusively for Mastercard cardholders. By entering the Priceless Cities platform, Croatia is aiming to reward consumers for their loyalty and to enhance their journey towards embracing cashless transactions. At the same time, in collaboration with merchants we have aimed to improve the local tourist offer and support the positioning of our country as a true world-class destination.” 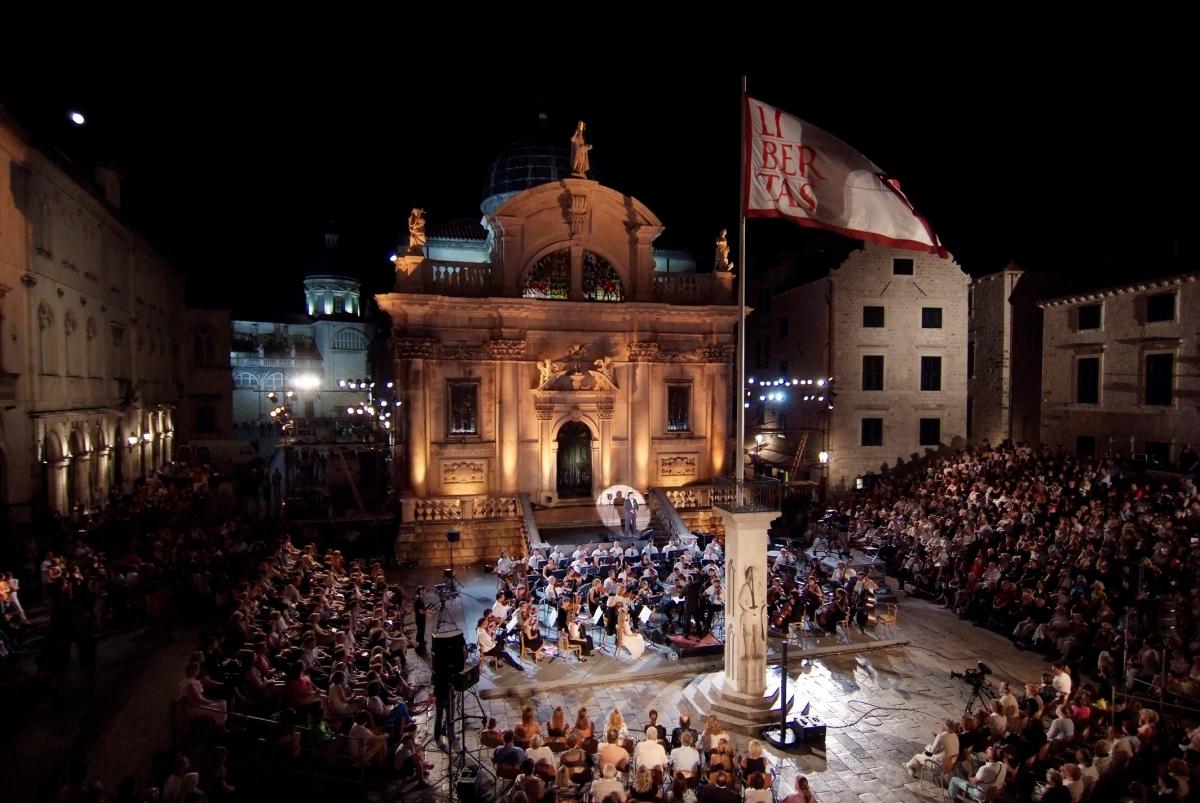 Make the most of your three nights, four days stay with a private sightseeing tour and two-hour concert

Spend three nights, four days in a five-star hotel when you head to the world-famous Dubrovnik Summer Festival. During your stay, you and a guest will take a private, guided tour of the city's forgotten relics—typically closed off to tourists—with your own personal driver. Then, you'll get two tickets to pianist Daniil Trifonov's concert in the atrium of the uniquely designed Rector's Palace. Exclusively for Mastercard cardholders.

Perform in the opening ceremony of the Dubrovnik Summer Festival, then attend the after-party

Perform in the opening ceremony of the Dubrovnik Summer Festival alongside real actors and musicians and get two VIP invitations to the after-party. You'll join the dress rehearsal on July 9 to learn your role ahead of the televised opening show the next day. Afterward, you'll enjoy the best local food and wine at the invitation-only after-party on an art gallery terrace—the perfect spot to watch the fireworks. Exclusively for Mastercard cardholders.

Celebrate the 69th Dubrovnik Summer Festival like a VIP

Spend four days in luxury when you attend the 69th Dubrovnik Summer Festival. Spend your evenings at a five-star hotel, take a private tour of forgotten city sites, and snag two exclusive tickets to the closing concert. After sightseeing tour, you'll finish your stay with the festival grand finale - watching the world's most renowned organist Cameron Carpenter performing - from your reserved VIP seats. The Grammy Award nominee is known for meeting his audience before performances, so you may even get a personal autograph to take home. Exclusively for Mastercard cardholders.

Attend the closing ceremony of the Dubrovnik Summer Festival

Attend the season's best concert for less with 20% off tickets to the Dubrovnik Summer Festival's closing ceremony on August 25th. Catch all the action of the festival, one of Croatia's largest cultural events, before attending a concert by the Croatian Radiotelevision Symphony Orchestra, which has been active since 1931. You'll watch and listen as the orchestra performs live in front of the historic Church of St. Blaise. Exclusively for Mastercard cardholders.

See the celebrated Schumann Quartett in concert at a discounted price. You’ll get concert tickets with 20% discount included to the Dubrovnik Summer Festival, one of Croatia's biggest cultural events featuring performances by top solo artists, dancers, actors, and more. Take in the beautiful classical melodies in the atrium of the famous Rector's Palace in Dubrovnik’s historic Old Town. Exclusively for Mastercard cardholders.

Live it up at the 69th Dubrovnik Summer Festival

Immerse yourself in four days of live theatre, music, art, and more at the 69th Dubrovnik Summer Festival. You and a guest will spend three nights at a five-star hotel, get a personal driver to the festival events, and take a guided tour of the city's majestic sites typically not open to the public. You'll also grab two VIP tickets to witness a rare eight-guitar performance by Guitarissimo on August 16 at Rector's Palace, one of Dubrovnik's many architectural marvels. Exclusively for Mastercard cardholders.

Priceless Cities (www.priceless.com) is an experiential travel and offers site, providing Mastercard consumers with unique opportunities - like one-of-a-kind experiences, privileged event access, and special merchant offers - to connect with the cities in which they live and travel. With 42 destinations accessible from 87 countries, it is a digital destination that never goes out of style; the place you go to unlock the most extraordinary experiences across sports, entertainment, culinary, shopping and more. Different from other travel-related sites, Priceless Cities provides behind-the-scenes looks, spots at the front of the line, private experiences and tickets to the most coveted events, exclusively for Mastercard cardholders. For more information, please visit www.priceless.com.

Mastercard, www.mastercard.com, is a technology company in the global payments industry. We operate the world’s fastest payments processing network, connecting consumers, financial institutions, merchants, governments and businesses in more than 210 countries and territories. Mastercard products and solutions make everyday commerce activities – such as shopping, traveling, running a business and managing finances – easier, more secure and more efficient for everyone. Follow us on Twitter: @MastercardNews, join the discussion on the Beyond the Transaction Blog and subscribe for the latest news on the Mastercard Engagement Bureau.