The audience, made up of children and adults both, were delighted by the enchanting performances of Rok Juričić, Livio Badurina and soprano Marija Kuhar Šoša who brought the well-loved novella to life, bringing it closer to the children who are getting to know the Little Prince for the first time and to the grown-ups who might already be familiar with the story and characters.  The music, performed by an orchestra of ten Dubrovnik instrumentalists under the baton of its composer Ivan Josip Skender, gave an especially charming note to the production, while ingenious set and costume design by Zdravka Ivandija Kirigin and assistant Ana Fucijaš with Marko Mijatović’s lighting design magnified the magical atmosphere of the play. 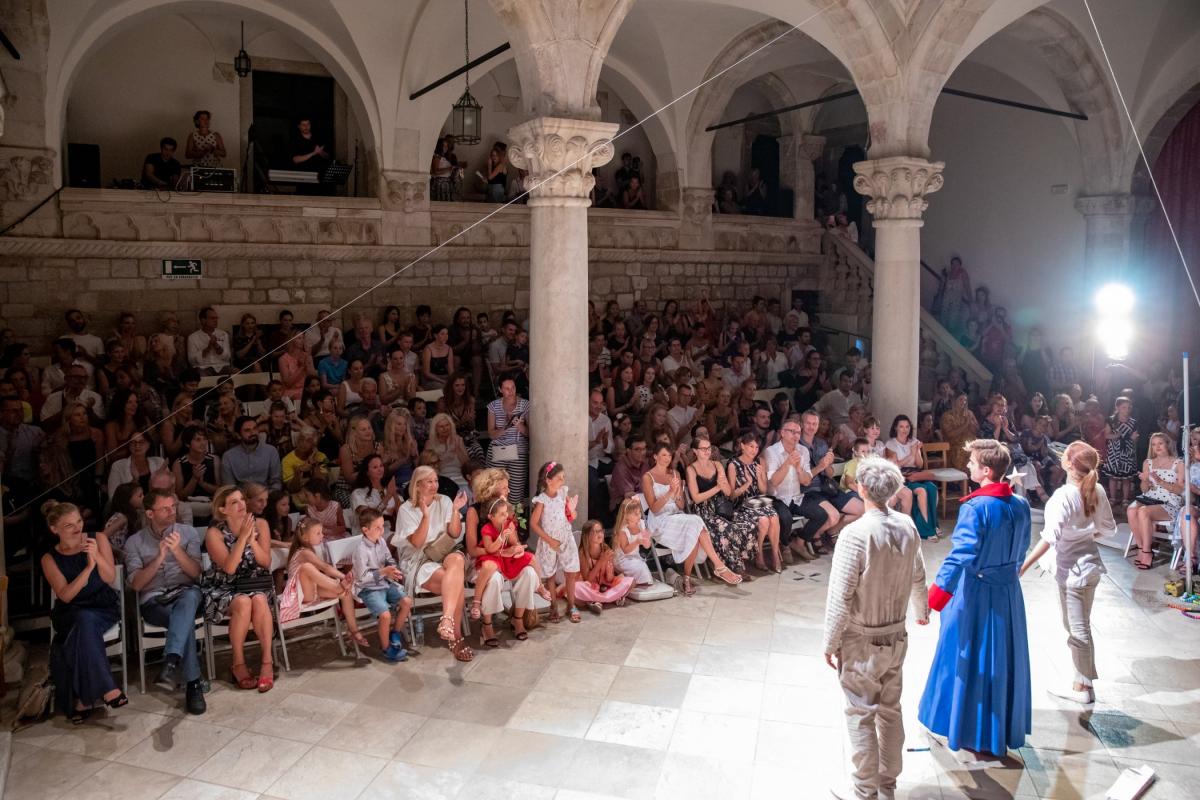 The music Skender wrote for the fantastic journey of the Little Prince through the electro-acoustic collage of sounds of the solar system which is intertwined with musical motifs that later signify individual characters and phenomena, takes you right into one of the most beautiful stories ever written, a story which teaches valuable lessons to both children and (maybe even more so) adults. Under Skender’s baton, Dubrovnik musicians violinist Đana Kahriman, violist Šimun Končić, cellist Vanda Đanić, contrabassist Denis Ajduković, horn-player Toni Kursar, flutist Đive Kušelj, clarinettist Stijepo Medo, pianist Stefani Grbić, percussionist Karmen Pervitić and Ivan Končić on synthesizer were the musical accompaniment.

The Little Prince is a novella written by the French pilot and renowned writer Antoine de Saint-Exupéry in 1943, during the Second World War, as a reaction to the unconceivable and then unprecedented horrors of war. It is one of the most well-known and well-loved yet unusual literary work of our times. Read as a children’s story, a simple form, a lovely child character and delightful descriptions are found. Adults, however, see the child’s journey in the novella as a series of encounters which clearly and with acute honesty outline the symptoms of an ailing world bereft of humanity, empathy and meaning. The adults on the planets that the Little Prince visits care not for the meaning or purpose behind their actions, they merely unceasingly repeat them, going through the motions mechanically and unthinkingly. The Little Prince, on the contrary, presents a different world, a world in which children and the innate logic of their spontaneity, imagination, friendship and closeness are beacons guiding us back to our lost humanity. 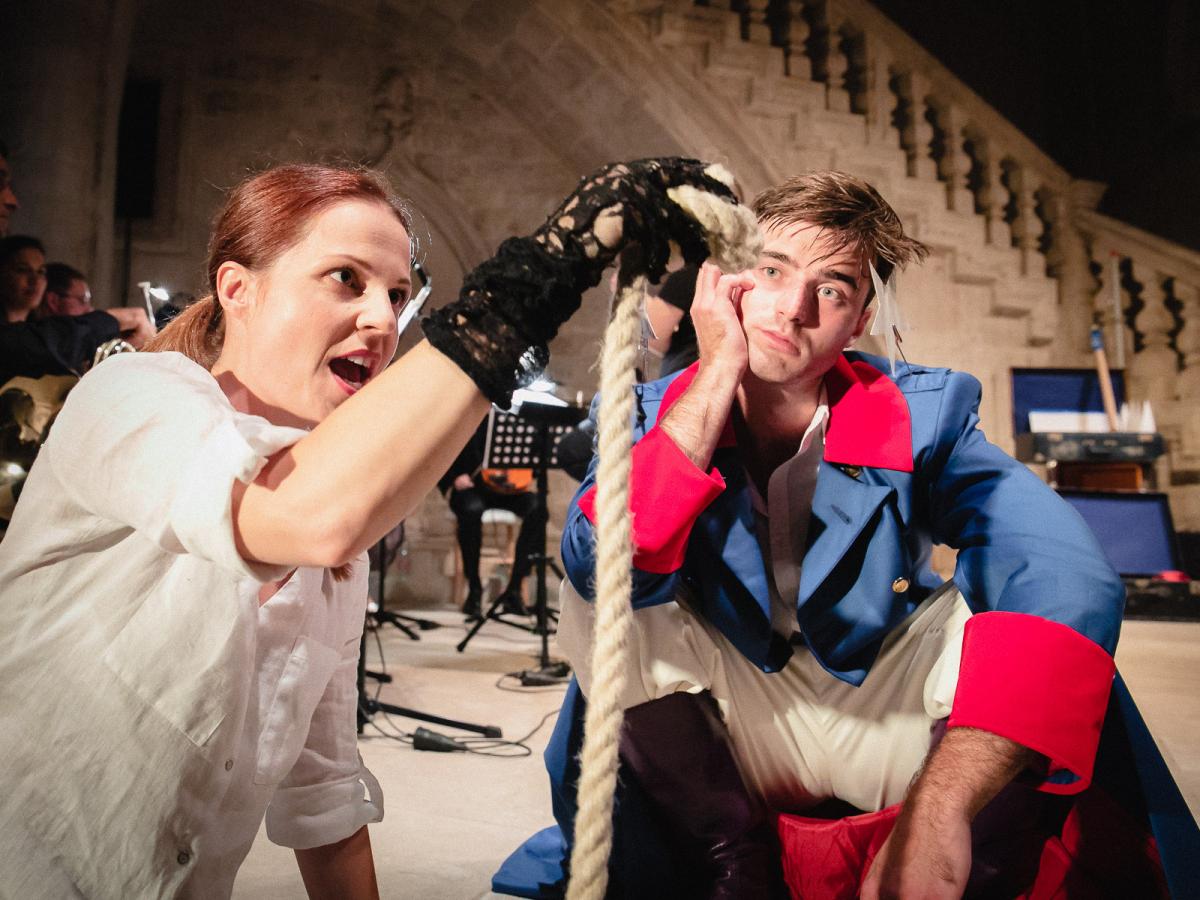 The Little Prince is at the Festival for two more performances – tonight at 8.30pm and 10pm, and tomorrow at 8.30pm. Tickets for all are sold-out. September will see The Little Prince put on in the Zagreb Puppet Theatre as a part of the programme with which the 70th Dubrovnik Summer Festival will present itself in the capital of Croatia, sponsored by the Zagreb Tourist Board.