The piano legend Ivo Pogorelich held a recital last night, 18 August, in the Rector’s Palace atrium. Pogorelich’s performance at the anniversary 70th Dubrovnik Summer Festival has long been sold out and all its high expectations were met, surpassed even, in the almost two hours of enchanting music in which the Festival audiences enjoyed last evening. 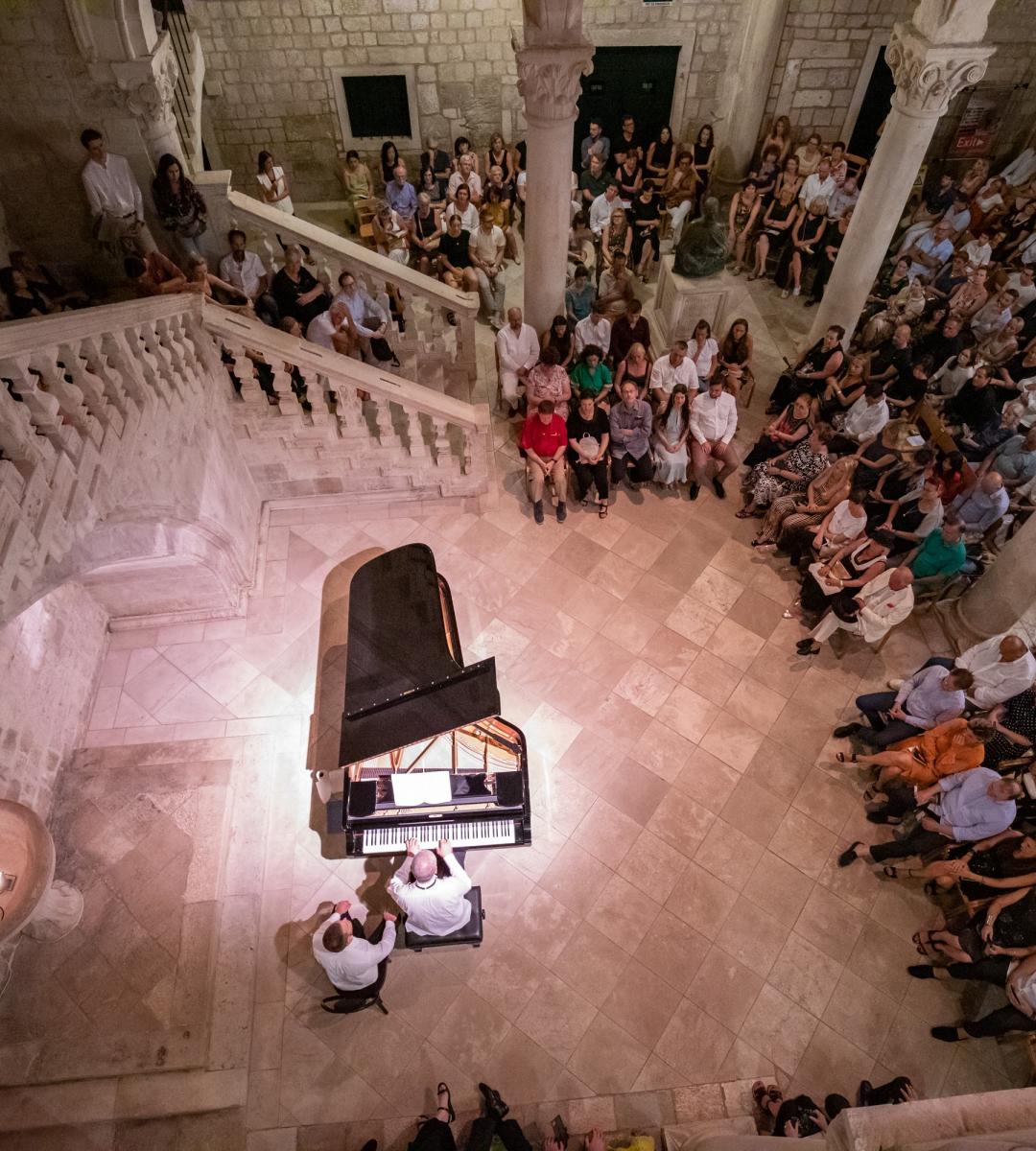 One of the greatest classical musicians of our time, Ivo Pogorelich, will be performed an impressive repertoire which consisted of Bach’s English Suite No. 3 in G minor, Beethoven’s Piano Sonata No. 11 in B flat major, Chopin’s Barcarolle and Prelude in C sharp minor, along with Ravel’s Gaspard de la Nuit. The applause was long and thunderous, with Pogorelich taking his bow three times for the delighted audience. 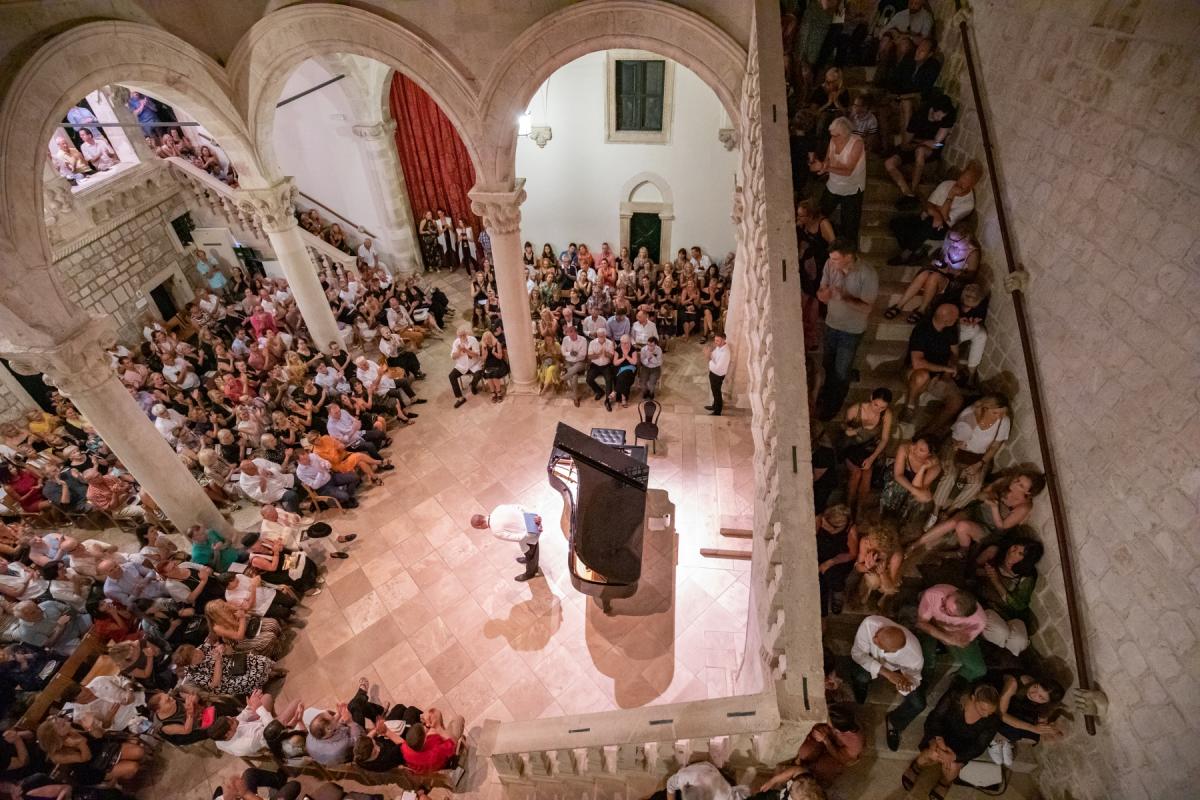 The unique musical talent and innovative approach place the legendary pianist Ivo Pogorelich among the most original music minds of today. Pogorelich’s evocative interpretations, shaped by a refined music taste seldom still found in our time, have broadened the horizons of music interpretation and the understanding of piano literature, all the while setting new standards for pianistic interpretation. In over four decades of his brilliant career, he has accomplished authentic achievements appreciated by both audiences and critics alike, while his concerts all over the world have gained the status of eagerly-awaited cult events and the same holds for his seven Festival performances, the first of which was in 1975 to last evening’s one. Compositions on the recital’s programme have long been a part of Pogorelich’s repertoire, performed countless times, and all have been recorded and released in his youth on albums for Deutsche Grammophon in 1980s. He has always returned to these compositions in his recitals and recorded them on more than one occasion. However, hearing him perform the same piece live is always an interesting and intriguing experience, since his interpretations reflect his intense inner growth and artistic development. Each time he performs, Pogorelich discovers new worlds within these same scores, uncovering dimensions one never would have thought were there, uncompromisingly conquering spaces of freedom, thereby always providing a new, authentic and unique view of music flowing from his mind and his fingers. It can surely be said, then, that his recital last night was one of the peaks of the anniversary Festival’s music programme.