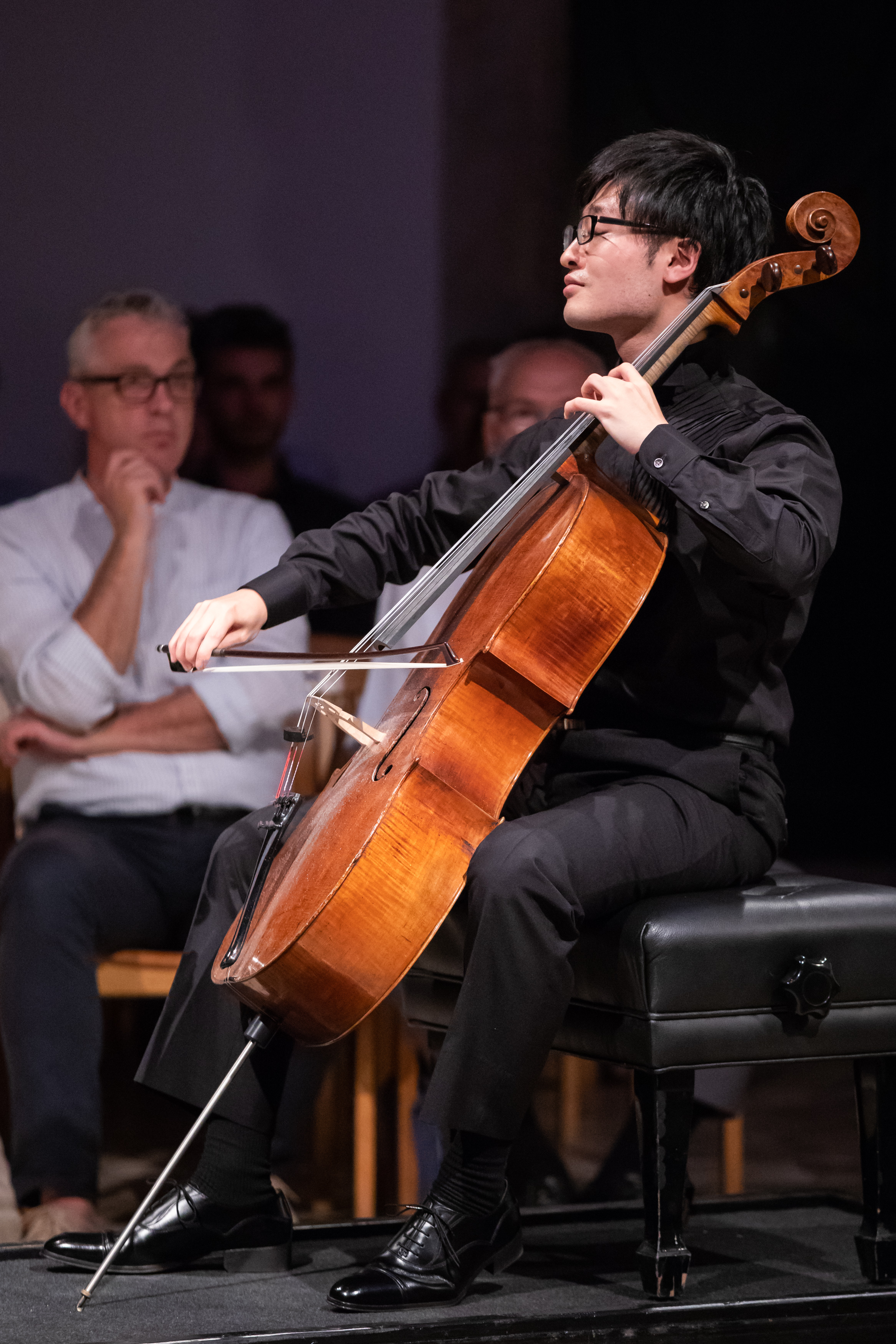 What was your musical path, what led you to where you are today?
I started to play cello because my father, who was conductor, also played the cello. My mother was a singer, so I was in a musical family and it was a natural way, to become a musician. My parents did a lot for me, for my musical life. I started with cello at the age of 7 in Regensburg, Germany. The biggest reason for my continuation was the teacher, so I just followed that way until we moved to Japan, when I was 12. There I met my new cello professor, who was the best cellist in Japan. She was the one who determined my musical way and I am really, really thankful for that.
At the age of 18 I moved to Munich, where I started studying with Vincent Jung, who was the soloist with the Bavarian Symphony Orchestra and whose playing I like. During that time I went to Brussels to play at the Queen Elisabeth Competition, where - I must say - the audience is so wonderful, it's nothing like a competition.

What was the feedback after the Competition to your performance?
I found it very positive. I kept my natural way to play the music. Some people are very ambitious in the sense "I really want to get this prize", but I aimed to communicate with the audience.. There are special moments when I felt really connected to both the conductor and the orchestra, but also to the audience, all the way to the finals.

What are your impressions after the last night's concert?

I really enjoyed the atmosphere and this incredible building, the Rector's Palace. There were some very kind people approaching us afterwards and the audience was really wonderful.
I am happy that Robert, such a great and big musician, contacted me after the Competition, to have the opportunity to play together. Our rehersals are very fun, it's joyful to play with him. I love our collaboration and hope that we can continue with this.

A working summer is ahead of you, tell us about your plans.

I have some concerts in Japan - some with orchestras, some recitals. I play the Dvorzak Concerto, Rococo Variations, also some chamber music. I will play a Japanese first performance of a piece

In Japan I think it will be very hot, but with Japanese food and the sea...I think I will survive.

What impressions do you take with you after these few days at our festival?

I really wanted to hear the other concerts at your festival. In Dee Dee's concert the atmosphere was so nice. The festival's program has some great musicians, as I saw. I see that year after year so many great musicians come to play in these amazing locations, I find the combination unique. It would be nice to be able to stay a bit longer, to hear the excellent Schumann Quartet, who are really big now. I wish the other musicians a very good time here and hopefully I can come back one day.