Future Epics Lab, held in Belgrade from 11 to 17 February 2019, was the first part of a process in which ideas of reinterpretation, deconstruction and redefining existing social traditions and conventions, collective memory and cultural heritage are explored. In the course of six days, the Dubrovnik Summer Festival, as one of the partners in the Future Epics project co-funded by the EU Creative Europe Programme, alongside Heartefact from Serbia, the Vitlycke Centre for Performing Arts from Sweden and Tasca from Spain, set the foundations for four different performative projects with the theme of cultural heritage in a collaborative process which included the analysis of presented material under the mentorship of Belgrade-based dramatist Biljana Srbljanović. 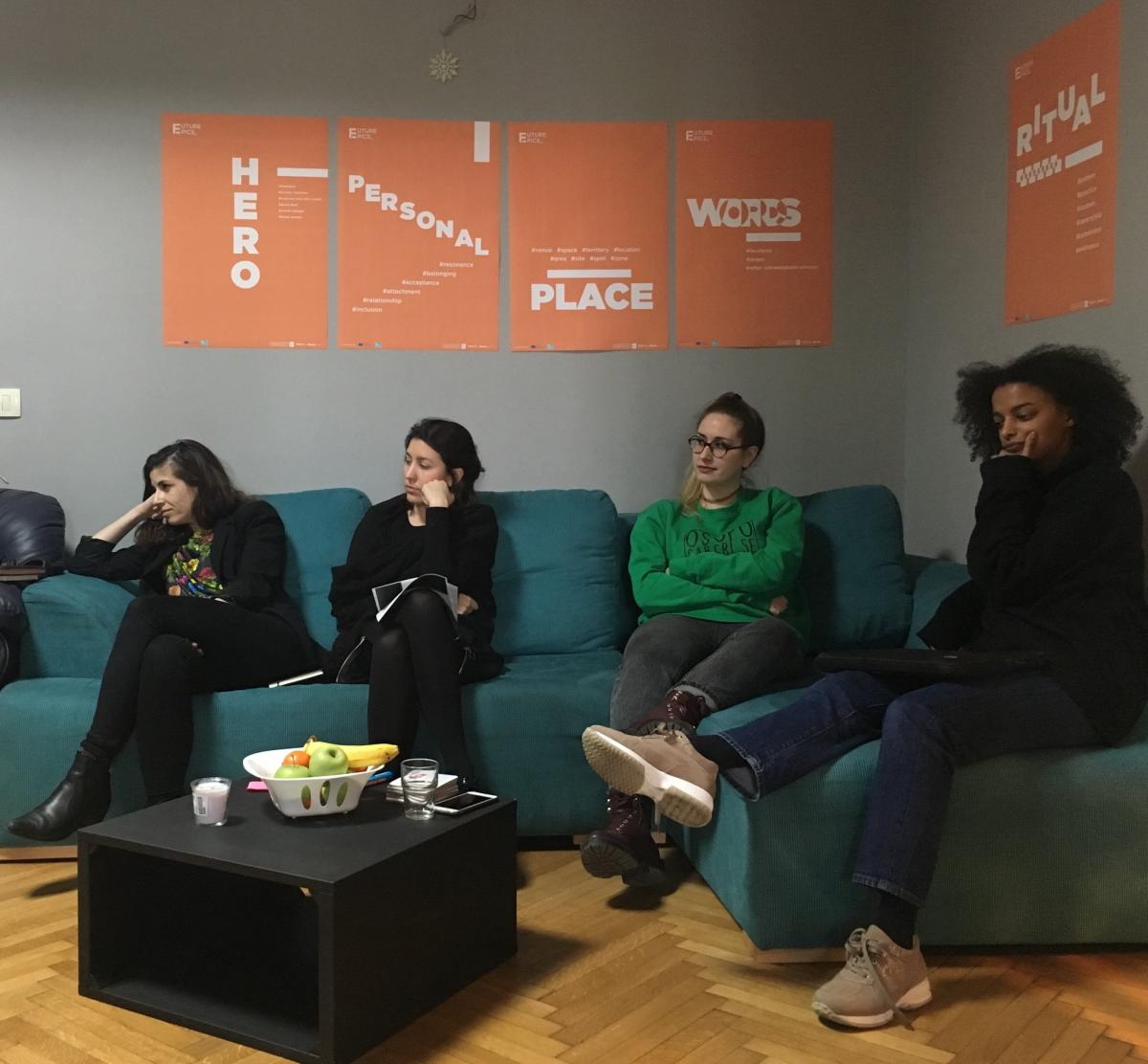 The programme of the Lab consisted of lectures, establishing common discourse on the idea of formation of traditions, customs and myths, and also of the negative implications they may have, from prejudice to legitimisation of false information, as well as watching films and video material with this theme, discussions, research, presentation of research results and of attempts of finding adequate performative form for the researched material. The Dubrovnik Summer Festival team, which included dramatists Mirna Rustemović and Vedrana Klepica, focused on analysis of Linđo, the traditional dance of Dubrovnik, and on social, performative and economic implications rooted in its formative process and what they represent to viewers and performers of Linđo today.

Starting from the wider context of social dances in southern Dalmatia in general, Rustemović and Klepica analysed causes and modes of their formation - by mimicking movements of professions of their protagonists (cobbler, locksmith, miller), and specificities of staging events belonging to social convention (for example socialising of young women and men), the reasons for performing such dances, such as leisure and folk entertainment or celebrating certain holidays, as well as the relationship with church institutions and the relationship between the common people and the nobility. In such wide range of social dances and events, Linđo has proved to be an exceptionally valuable and stable example suitable for research of social conventions, the relationship between men and women and of profane material often charged with eroticism which was not always appropriate for performing in front of sacral buildings and in public squares, but also for exploring the relationship between folk pastime of the past and contemporary professionalization of dance ensembles that equally function as elements of national heritage and increasingly profitable cultural tourism. Apart from the demanding, authentic and strict form of the dance, it is exceptionally valuable to point out the value of the narrative spoken by the dance leader, the recontextualisation of which opens numerous performative and dramaturgical possibilities.

The results of the research process were presented to the participants and visitors on the last day of the Lab, which was followed by a conversation with the audience.