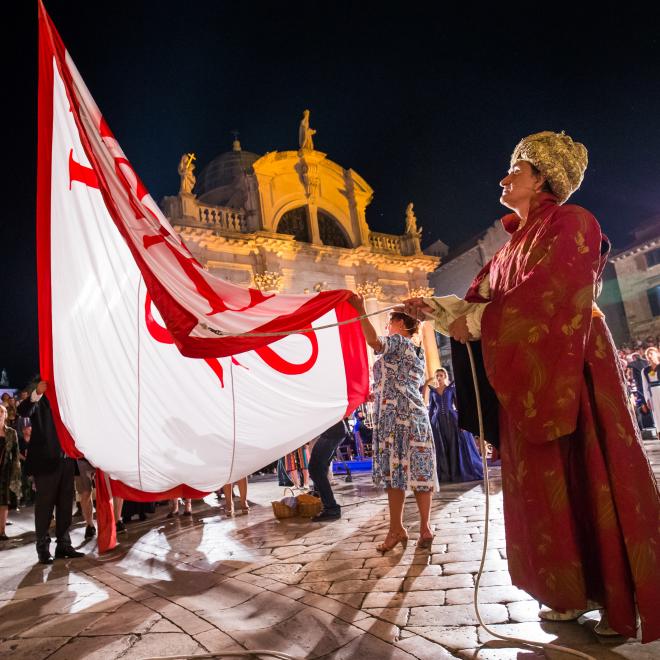 In front of St Blaise’s Church

Opening Ceremony of the Dubrovnik Summer Festival originated in the collective memory of Carnival, the season during which in medieval times travelling actors, troubadours and other entertainers were allowed to enter the City and amuse its residents with their performances until Ash Wednesday. The Rector of the Dubrovnik Republic gives the actors keys to the City, symbolically allowing them to perform there. At this year's Opening Ceremony, the actors will be joined by the great Dubrovnik playwright Marin Držić, a contemporary of Torquato Tasso and predecessor of William Shakespeare. We shall thus evoke Držić's disagreement with the politics of the then Republic and the exile he was sentenced to because of his big mouth and participation in a conspiracy. At the end, these events will be commented in the juicy street language of Mare and Kata, protagonists of Vlaho Stulli comedy Kate Kapuralica, one of the finest examples of the Dubrovnik comedy of character from the early 19th century. The Rector of Dubrovnik will recite the closing verses from Ivan Gundulić Baroque pastoral play Dubravka, accompanied by their choral and orchestral setting entitled Hymn to Freedom by the great Croatian composer Jakov Gotovac.