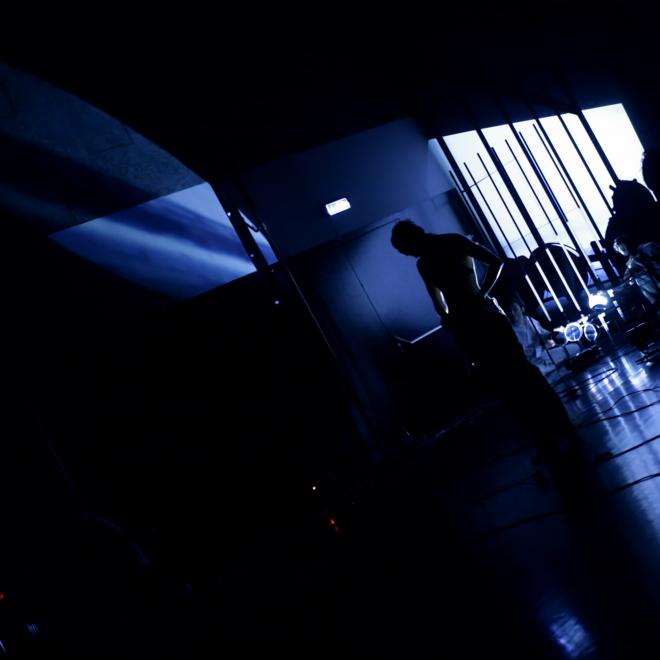 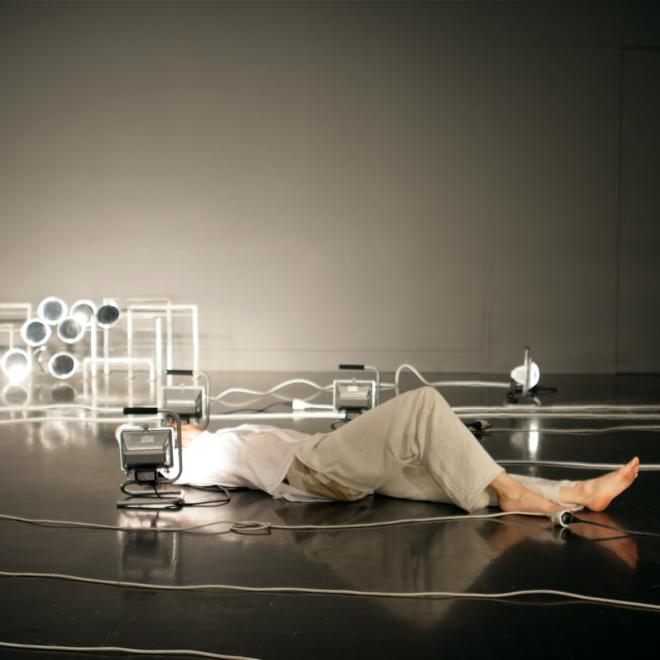 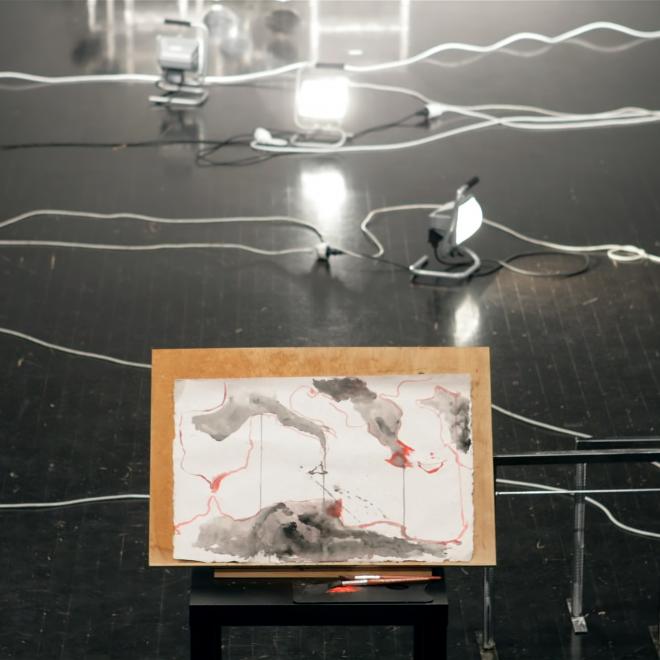 Inspired by the novel The Stranger by Albert Camus

Departing from the problem of the absence of (com)passion and expected emotional reactions, the STRANGER project, using Camus’s antihero Meursault, provides a view of the social and systemic hypocrisies that are hidden behind relationships based on transparency. This stage reading of THE STRANGER focuses on three dominant images borrowed from the novel: the situation of confession, prison, and the moment of the murder itself as the point where all of the novel’s forces accumulate. Shedding light on a narrative and discourse as an attempt to explain what happened generates the level of confession, the law of transparency. Constructing a transparent choreographic score examines, in terms of mise-en-scène, the performative potency of the situations and atmospheres inscribed in the novel. Finally, with light literally shed upon it, the murder, as the central point in the narrative, is presented as a tableau of a continual threat and a stage image that constantly remains incomplete in the spectator’s eye, in its poetic character, always incomplete in waiting for a visual release, unclear because too clear.

Excerpts from the following texts were used in the performance:

Books refered to in the performance:

The film Juke box (1966) by Ante Verzotti is screened during the performance.

Project is a coproduced by Perforations Festival (Domino)

BADco. is a collaborative performance collective based in Zagreb, Croatia. The artistic core of the collective are Ivana Ivković, Ana Kreitmeyer, Tomislav Medak, Goran Sergej Pristaš, Nikolina Pristaš, Lovro Rumiha and Zrinka Užbinec. As a combination of three choreographers/dancers, two dramaturgs and one philosopher, plus the company production manager, since its beginning (2000), BADco. systematically focuses on the research of protocols of performing, presenting and observing by structuring its projects around diverse formal and perceptual relations and contexts. Reconfiguring established relations between performance and audience, challenging perspectival givens and architectonics of performance, problematizing of communicational structures – all of that makes BADco. an internationally significant artistic phenomenon and one of the most differentiated performance experiences.