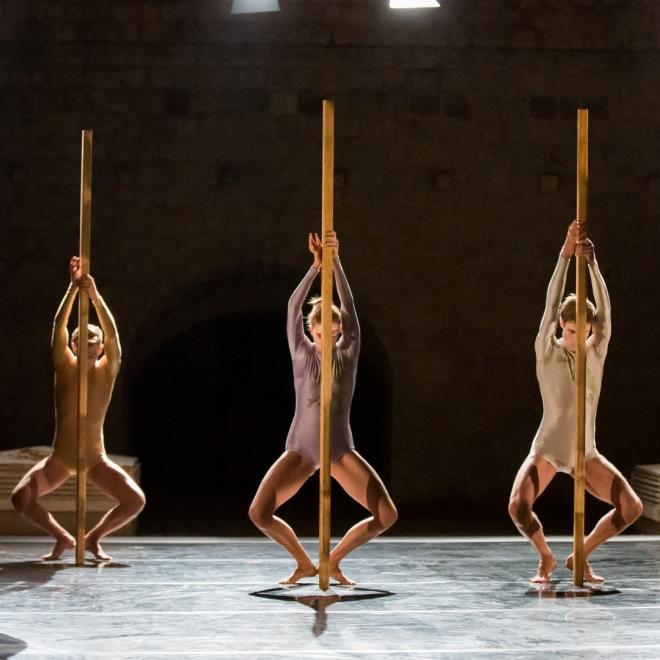 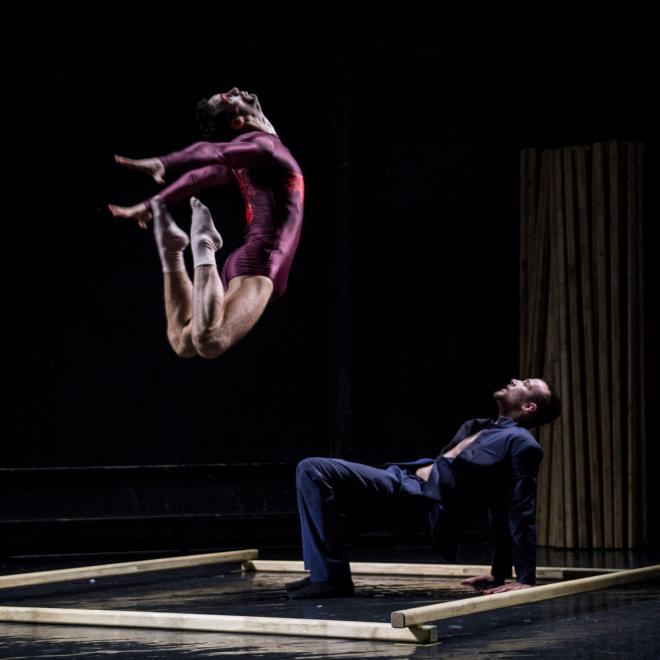 Music: a compilation of different authors

The Birds, written by Aristophanes, a comic playwright of ancient Athens, was performed for the first time in 414 BC at the festival of Dionysos in Athens. This is the longest of all the Aristophanes’ surviving plays. The main protagonist, Pisthetaerus, persuades the birds to build a new city up in the sky and take the control over the communication between people and the gods. This city, which grows like the Tower of Babel, is one of the first utopias in literature and represents an escape from the unjust society but also from the cruelty of the gods.

First thing that occupy my mind when I think about birds is the sound they produce. The interesting thing about this is that we, people, in the urban surrounding or in the nature mostly just hear the birds but we do not see them. They simply melt into all the sounds we hear every day. That is what I’d like to show on stage and reinvent in the theatre. Working on the Aristophanes’ comedy The Birds, I deliberately distanced myself from the plot and focused on the primary relationship between birds and dance that comes from Eros, which is a connection we can find in one of the most appreciated analyses of the comedy, written by the American author William Arrowsmith. He states that wings can be seen as a phallus and this mythological metaphor was the starting point for my treatment of the Aristophanes’ story. Our idea is to try and build our own Cloudcuckooland, our nest of desires or our cage of curiosity. We know that the birds built that utopia up in the air, between sky and earth. Ever since then, people have been trying to build higher and higher in order to get closer to the God, while forgetting the fact that the higher they get, the smaller on the Earth they become. There is as much persistence in this human irony as there is in the woodpecker's drilling of the wood in search for food; persistently and vainly.