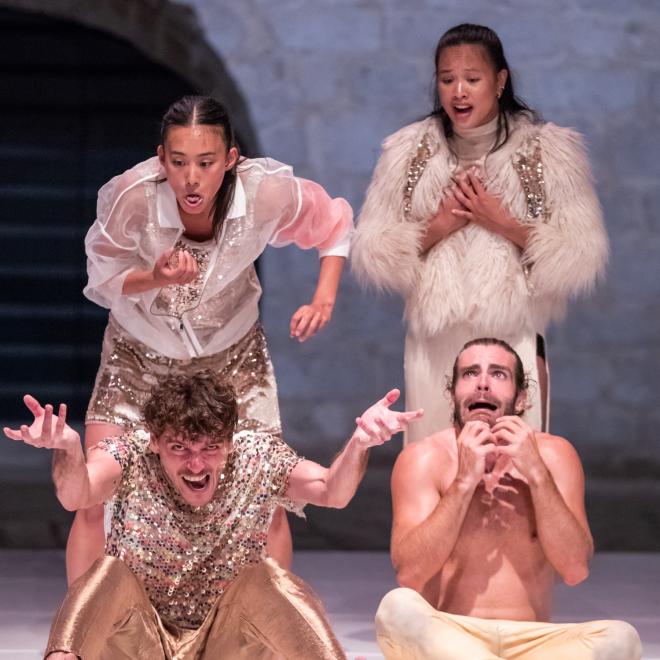 The show is for kids (6+) and families

WITH THE SUPPORT OF La fédération Wallonnie Bruxelles

Anton Lachky started his career at top speed, with the show Ma created by Akram Khan. At the age of twenty, he toured the world and danced in 48 countries. A few years later, he co-founded the Les Slovaks Collective. Three productions of the company earned them a worldwide reputation. Anton is now an acclaimed choreographer and is invited by some of the most important institutions in the world (Gothenburg Opera House, BodyTraffic Company from Los Angeles, Venice Biennale, Helsinki City Theatre, Scottish Dance Theatre etc.). This new season promises to be hectic with productions in Hong Kong, Mexico, Iceland...

The phenomenal dancers of Cartoon are coming from all over the world to offer a flabbergasting performance. Because it is never too early to appreciate magnificent, overwhelming, virtuosic dance, Anton wrote a breathtaking choreography and offers a fascinating experience to our children! Dare to experience the Cartoon! Cartoon is a dance piece created specifically for children (6 years and older) and their families. In this surreal tale, four characters get possessed by their inner creative demons, producing a nonsensical and fun swirl of dance, music and games. Carried away by a magnificent web of sounds, the characters engage in grandiose tirades and bewitched dances to pop music and classical arias. The abundance of stories within the play gives a glimpse into the complex and confusing functioning of the mind: full of twists and turns, growth and setbacks, dead ends and infinite possibilities. The soundtrack is an epic adventure that includes centuries-old scores from Bach and Mozart that continue to touch the heart. Something like a happy mess, at times Cartoon is as serious as a love declaration, while at other times it is as light as a breeze.