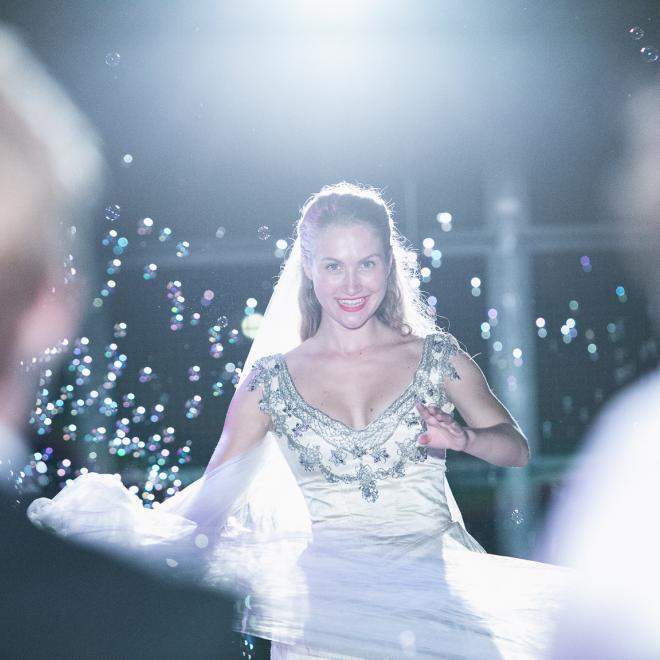 Performed by: Students of the Zagreb Academy of Dramatic Arts Acting Department

We'd like to thank Barbara Bourek for renting costumes from Madame Butterfly and National Folk Dance Ensemble of Croatia LADO.

This project redefines the idea of site specific theatre from the viewpoint of its existence in Dubrovnik from the 14th century to the present day stagings at the Dubrovnik Summer Festival. Based on textual criticism, theatrological and cultural-anthropological analyses of selected works by the Renaissance playwrights Nikola Nalješković and Marin Držić, the project comprises various segments of their output such as pastoral-idyll, carnival, wedding and mythological plays, focusing on wedding plays which were performed in the homes of Dubrovnik residents. The project will also pay special attention to other writings on the life of Renaissance Dubrovnik, which portray different forms of privacy theatralisation at the boundary between the specialised theatrological and anthropological studies.

In the first phase of the project and under the  guidance of their mentors, students of dance, acting and dramaturgy at the Zagreb Academy of Dramatic Arts will analyse historic and theatrological writings on the Renaissance theatre in Dubrovnik, focusing on anthropological and theatrological characteristics of wedding plays and customs in the Renaissance Dubrovnik, as well as on the locations, context and circumstances in which Držić’s and Nalješković’s wedding plays were written and performed. The students will also research the history of performing the Renaissance wedding plays, focusing on productions of the Dubrovnik Summer Festival in its 68 years of existence. The project’s second phase will study weddings in the present-day Dubrovnik and the traces of complex anthropological-theatrological customs that exist in the City’s micro-community today, trying to find out whether they can offer space for some new privacy plays. The research will involve Residents of Dubrovnik, as well as media and archival materials. It will be completed with performances of new wedding texts based on the Renaissance wedding plays, but also on Dubrovnik’s recent wedding customs.