Home/ / The Golden Book - fairy tales from the Dubrovnik area 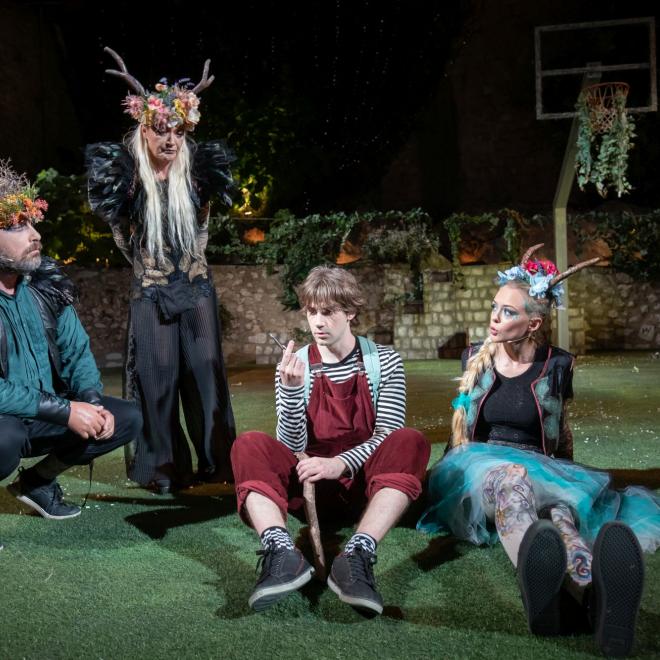 Drama play for children and youngsters (5+)

Based on The Golden Story Book: Fairy Tales, Folk Stories and Legends from the Dubrovnik Region by Aleksandra Piteša and Ivica Kipre published by Dubrovnik Museums

In a time in which even the lives of children are dominated by technology, in which children increasingly become mere passive viewers of YouTube videos, in a time when parents regrettably have less and less time for telling and reading stories, it is extremely important to reintroduce children to fairy tales – they teach them moral values, develop focus and imagination and thus prepare them to become future readers and theatergoers.

The play The Golden Book is based on selected fairy tales from the Dubrovnik area which were selected and presented by Aleksandra Piteša and Ivica Kipre in a book of the same title published by Dubrovnik Museums. They are the classic examples of oral folk creation, filled with phantasmagorical characters, gripping 'dramatic' situations in which the protagonists' qualities are tested and rewarded in a variety of ways, they abound in archetypal elements which, when read from our modern perspective, open up space for a humorous and interesting theatricalization. The stories also abound in interesting acoustic images and elements, which is, considering the fact that the play includes musical segments, extremely important to us. The magic within the plot is often invoked with instruments – bells, flutes – which makes the orchestra an important plot initiator on the stage and, in a way, one of the protagonists. The play consists of intertwined plots, motifs and characters from different tales (The Rosemary Girl, Three Brothers and the Golden Apple, The Sprite) in order to create an original world on the stage, interesting and appealing to the youngest audiences.