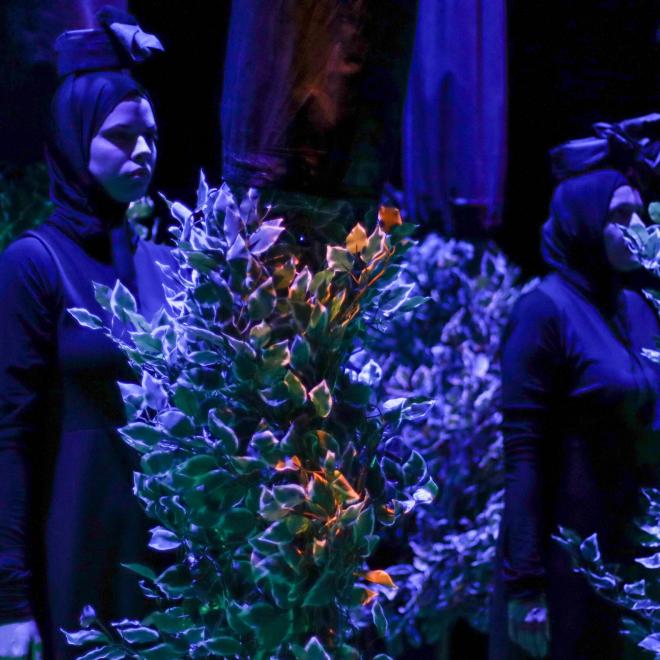 Play is in Croatian and is not subtitled in English

Contains excerpts from: Ivo Vojnović: January, They, Prélude (Lapad Sonnets) / Ivo Vojnović, Symphonic Intermezzo (Equinox), interpreted by Miše Martinović, recorded in 1997 / Edgar Allan Poe, The Masque of the Red Death / Excerpt from the monologue of Vlaho the Blind from Ivo Vojnović’s Equinox, interpreted by Predrag Vušović, recorded in 2004 / Mato Vodopić, A Tale of Sad Jele, excerpt / Davor Mojaš, Moths, excerpt / Mario Caboga (1505-1582) Against the Dubrovnik Nobility (translated by Rafo Bogišić) / The sea, the rain and the south wind before and after...

South Wind opens Dubrovnik’s imaginary, melancholy scrapbook from our dreams, as well as the fragments of its everyday life made of presentiments, hopes, fears and pictures from the lost albums of shadows in which traces of those who dream it are written. South Wind is a trace of theatrical exploration of Dubrovnik’s special moods and atmospheres when it is washed by rains and the smells of iodine and wax, splashed by the sea and awakened by the salty southern winds. The atmosphere when strong south wind blows for a longer period of time, with everything that such atmosphere means and invokes and provokes. South Wind is an account of dreams and times experienced in the City we remember and Dubrovnik we live in today. A poetic stage story reflecting one of the possible images of the soul of the city it is dedicated to and of those who reflect on it in this theatre project. South Wind is Lero Theatre’s newest play in a series of distinctive contemporary stage explorations and reconsiderations of Dubrovnik’s literary and dramatic legacy (Epitaphio, The Betrotheds, Scarcity of Cotton, The Psyche of Wormwood City, The City of Shadows, Little Bouquets and Pearls, Drops, Gray Like Pigeons, Spring-Time...) and a poetic commentary on Dubrovnik’s lulled moods in the pandemic circumstances we are faced with, for which theatre might be a potential therapy of limited use and expiration date.

Premiered on 27 November 2020 at the Lero Theatre in Lazareti, Dubrovnik.

The production is supported by the Croatian Ministry of Culture and Media and the City of Dubrovnik.