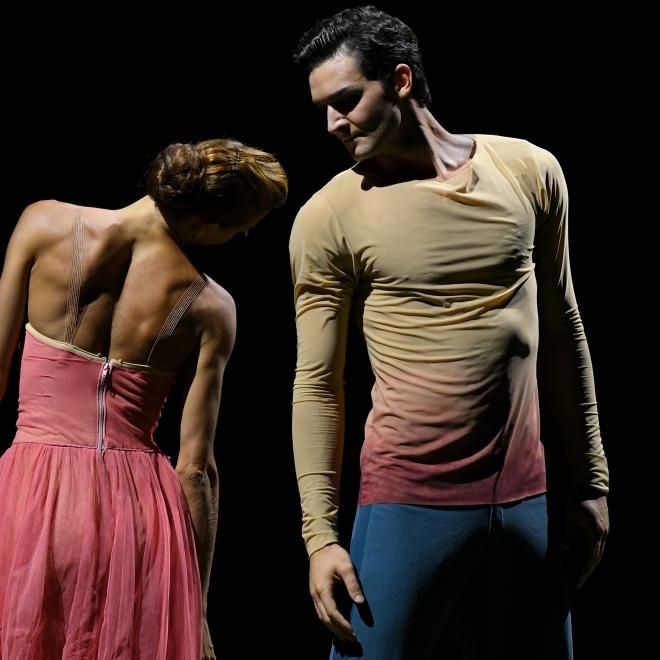 Music by: Max Richter based on Vivaldi

Ilya Zhivoi is one of the youngest coryphées of the legendary company, continuing its glorious tradition. He studied dance and choreography at the Vaganova Ballet Academy, associate school of the Mariinsky Ballet. Premiered in 2017, The Four Seasons is Ilya Zhivoi’s first full-length, award-winning ballet, which was named the production of the year in St Petersburg in its premiere season and won international acclaim. In the following seasons, the Mariinsky included two more productions by Ilya Zhivoi in its repertoire, both choreographed to the music of Stravinsky (Pulcinella and Jeu de cartes).

Ilya Zhivoi’s thoughts on the production and his choice of music:

‘Vivaldi’s The Four Seasons is a brilliant work, globally renowned for centuries.  But the real explosion came when I heard Max Richter’s recomposition. While keeping the landmarks of Vivaldi’s score, he gave them a new meaning, the one that nearly drives you to tears. My choreography tries to give an insight into this music, displaying every thread of it and the way these threads stick together to form a pattern. I find this music definitely genial, and I’m extremely happy to work with it.

Changing seasons are more than just changing weather, they symbolise everything that happens on Earth. Death follows life, one state shifts to another, and those endless changes have existed as long as the world itself. My Four Seasons ballet is also a cycle, deploying a constant shift of emotions and conditions: love, hatred, indifference, first spark and great darkness. My characters are always facing a choice, fighting with themselves and with each other, although the production has no clear plot.’

The ballet consists of two parts of 45 minutes each, and apart from the composition from its title, Zhivoi uses Richter’s electronic soundscapes Shadows released on the CD with the recomposition of The Four Seasons.

First performance held on 19 June 2017 in the Mariinsky Theatre