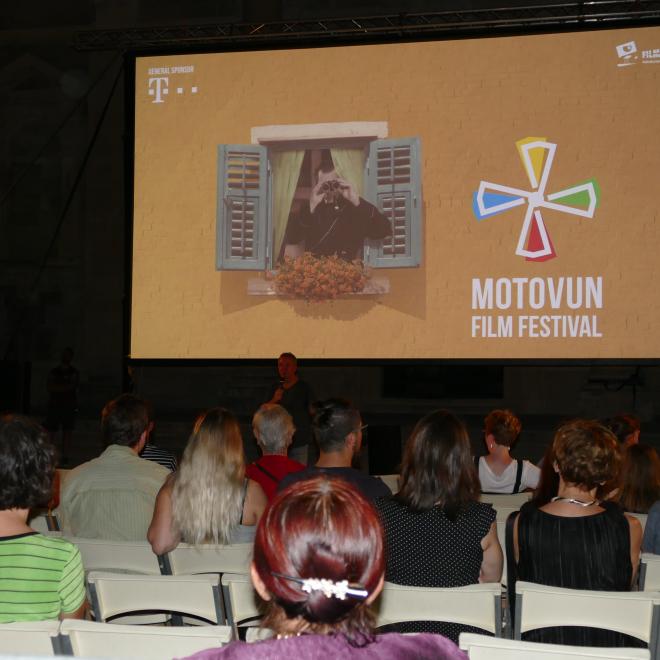 Sparkling spectacle meets the dark belly of showbiz in this daring art pop musical that has conquered international festivals. When sisters Celeste (Raffey Cassidy, Natalie Portman) and Eleanor (Stacy Martin from Nymphomaniac) survive tragic shooting at their school, their first reaction is to write a moving song which instantly becomes a hit in the USA. One of their fans is an ambitious music manager (Jude Law) who wants the girls to sign with him. Eleanor is withdrawn, but Celeste is attracted to fame and becomes a teenage superstar. Years later, a terrorist attack in Croatia (!) once more brings chaos in her life, reminding her that celebrity status and spotlight come with a price. Vox Lux is a provocative, modern story about that moment when boundaries between private and public disappear.

Interesting facts: The author of choreography is Benjamin Millepied, Natalie Portman's husband, who also worked on Black Swan. The music is composed by Sia and Scott Walker, this being his final film score before his death.

Motovun Shorts is a selection of short films competing for the Propeller of Motovun Award. This year, 30 films were selected from 814 applications - films which stunned us and made us laugh with their innovative narratives and specific atmosphere and left us thinking about them long after seeing them. They include films from major film festivals such as Sundance, Clermont-Ferrand, Locarno and Berlin, but also some still undiscovered authors and titles which, we are sure, will achieve success in the upcoming years. This year, Motovun Film Festival brings to Dubrovnik the selection of the best short films which received the most positive feedback from the Motovun audiences - a perfect programme for relaxing on a summer evening.

Interesting fact: The Best Short Film at the Motovun Festival chosen by the jury becomes the official candidate for the nomination for 32rd European Film Award (EFA), better known as the European Oscar. Motovun is the first festival from this part of Europe to become the EFA qualifying festival.

Motovun Shorts that will be shown are:

The young Iranian woman had not been expecting this kind of examination. She only wanted to renew her driver’s license, but when the officials noticed a scar on her wrist and her tattoo, they began looking at her with suspicion.

2. FROM MATTI WITH LOVE

A middle-aged Finnish man, frustrated with his loneliness, meets a Russian transwoman. It’s a beginning of a truth-revealing journey.

Alain is a little boy from the Reunion Island born on the wrong side of the tracks. To earn a few pennies, he recites Arthur Rimbaud’s poems to drivers stuck at the red light.  One day, Alain is invited to Guillaume’s birthday who lives uptown

An adolescent boy attempts to untangle his memories of a mysterious infestation, the unravelling of his father, and the little creatures inside us all.

Olda, a seventeen-year-old boy, is waiting for a trial in juvenile detention. As he waits, he tries to fill the void of the prison monotony and recalls his brutal assault on a homeless man, which resulted in his death.

Ayman, Syrian refugee in Lebanon, teaching his wife how to drive his car, the only thing left for him from his country. The lesson takes a wrong turn into madness and nostalgia.