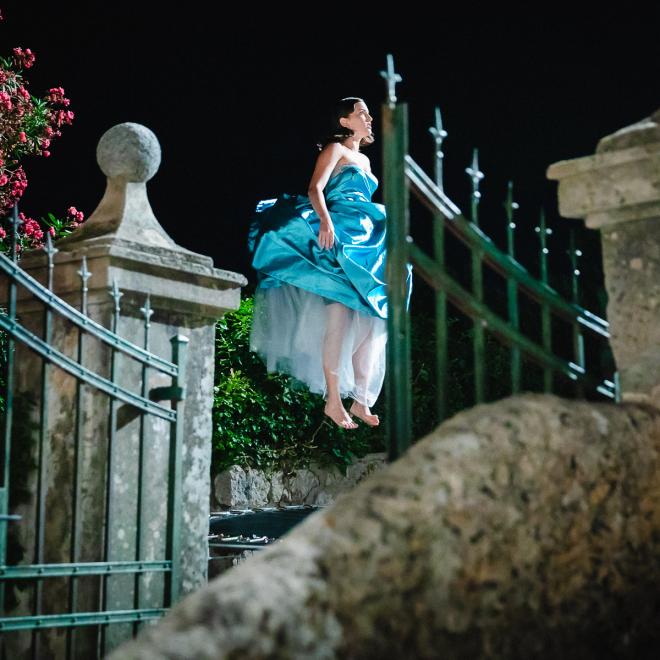 The comedy Lovers by an unknown author, dating from the second half of the 17th century, is one of the finest examples in the genre of Dubrovnik prose comedies (the so-called smješnice). Unlike commedia dell’arte, from which they originated, Dubrovnik prose comedies incorporated in their comic narratives both people and the way of life in the cities in which they were written and performed. The common characteristics of the genre are very simple plots and simple language which the characters, usually in binary oppositions − masters and servants, young and old, those in love and those who are not − use for their plotting every so often. The themes of love, scheming, greed, artifice, but also naivety, which remain relevant three hundred years after this piece was first published, will be presented in a new guise by the director Aleksandar Švabić. Staged on an interesting location with minimal set design, the characters of Intrigalo, Doctor, Lukrecija, Proždor, Fabricio, Vesela, Old Man and Anka, mostly based on stock characters of commedia dell’arte, are presented in a new light. Through the constant dialogue between the actors and authors, exploring and discovering different modes of acting, and their game of creation and destruction, a specific acting and directing environment has been created. In a Brechtian-like style and always from a distance, the actors in a way warn the audiences that what they are experiencing is nothing but theatre magic.