Project by Bobo Jelčić based on Chekhov: Three Sisters

Home/ / Project by Bobo Jelčić based on Chekhov: Three Sisters 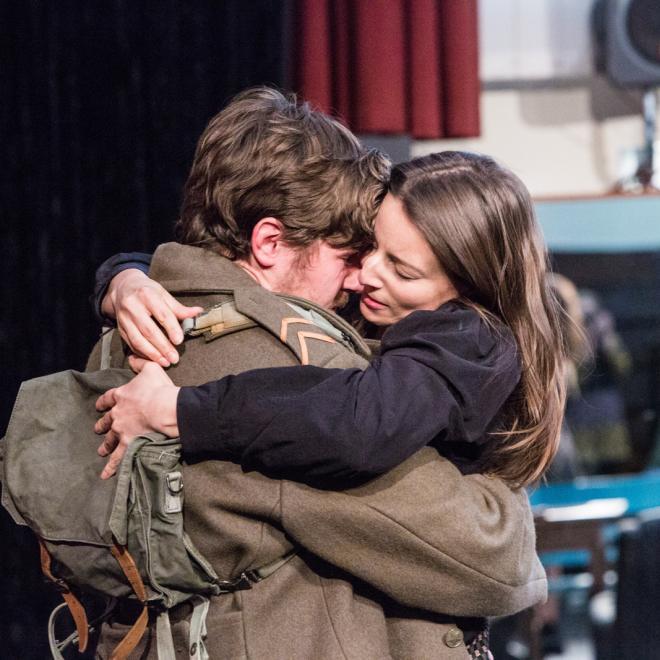 Project by Bobo Jelčić based on Chekhov

Bobo Jelčić’s project based on Chekhov
In Bobo Jelčić’s new project, Chekhov’s famous play Three Sisters becomes the starting point
from which the director and actors explore not only the destinies of dramatic characters, but of all
of us, as they search for answers to numerous questions arising from the original text. The project
re-examines and erases boundaries of theatrical art, opens the so far exclusive theatrical processes
to the public, explores how the characters and motifs from Chekhov’s time relate to ours and how
they communicate with the audience. To avoid limiting this process only to the segment of
performance, concrete steps are taken towards erasing established theatrical boundaries, opening
up to the audience and questioning the content that is usually considered self-evident in theatre.
The first step towards erasing those boundaries was to exit the usual space of a theatre house and
move to the Lado Ensemble’s premises. The second step were open rehearsals, or presentations
of the work done in May and June, in which some of the audience were given the opportunity to
participate and thus enter the otherwise exclusive, closed theatrical process. After meeting the
audience, the process of working on the play was continued with consideration of the questions
and answers that arose in open rehearsals. With this laboratory and problem-based approach to
the theme, we wish to encourage thinking about time/space and the way the text works within
that time/space. The entire project should result in dissemination of meaning and fragmentation
of this classical text in the context of our time, as well as connecting with the past and the future,
which cannot escape that very past. With his specific understanding of theatre as a place of
communication between the writer, director, actors and audience, Bobo Jelčić creates new and
exciting theatrical forms that require readiness for all kinds of unexpected challenges.
Chekhov and his famous work are used here as a mirror of all of us, which multiplies through
actions of actors and audience, thus creating a complex form of mutual relations which always
correspond to the present moment.

These are some of the questions we would like ask the audience. We would like to start a
dialogue with them and find out what they think about what they are seeing. This way, the
audience and theatrical piece open up space for democratic exchange of ideas and emotions.
Theatre plays are most often created in their closed environment, far from the public eye. The
audiences usually see only the final product created within the group that had been dealing with a
certain problem/text and the question is how much of what is accomplished finds its way to the
audience. Therefore, in the process of creating the play, we ask questions out of the need to
consult reality, regardless of the final product. We want to ask the audience questions, we want
the audience to ask questions, we want, in a way, to think about those questions in a practical way
and get answers through interaction with the audience. We believe that this is the way theatre
should be done today because we do not acknowledge thinking without practice.

Bobo Jelčić (1964) holds a degree in Directing from the Zagreb Academy of Dramatic Art. He
has staged the works of Büchner, Gogol, Kozarac, B. Strauss, Ionesco etc. Since 1993, he has
staged numerous plays in collaboration with Nataša Rajković, including The Tour Guide by B.
Strauss, The Garages by J. Arjouni, Woyzeck and Observations at the Croatian National Theatre
of Varaždin, An Uncertain Story at the Theatre &amp;TD on which the film of the same title was
based, A City Within a City at the Zagreb Youth Theatre, The Walking, Talking and Inventing
Workshop at the 2003 Dubrovnik Summer Festival and Allons enfants at the Dubrovnik City Hall
in 2013. In his projects, Jelčić often uses acting improvisations and combines documentary and
fictional material, which was also the main feature of the first play he directed at the Croatian
National Theatre of Zagreb, entitled At the End of the Week, in which he explores the problems of
our time. In addition to his work in theatre, he is also involved in film; in 2013 he won the
Golden Arena Award at the Pula Film Festival in the categories of Best Director and Best
Screenplay for the film A Stranger.