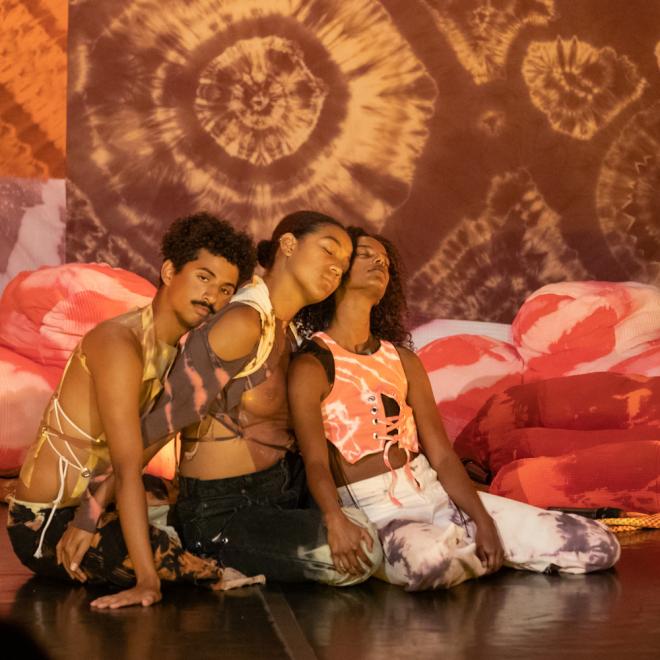 Part of "Future Epics" project, co-funded by the Creative Europe Programme of the European Union

Meleat Fredriksson is a dancer and choreographer, educated from The Danish National School of Performing Arts in Copenhagen. Since graduating in 2015 she has been part of danseatelier: a studio-collective consisting of 11 dance artists working with creating continuity within the freelance world and explore art making, sharing and hosting - using multiple hierarchies. Meleat’s work often springs out of and features improvisation, rhythm and attitude.

Lydia Östberg Diakité is an Afro Swedish dancer, choreographer, curator and union organizer based in Copenhagen. This past years since graduating from “The Danish National School of Performing Arts” in 2017 they have been working with many variations of practicing, making dance, performing, activism, community building and creating together with/shout out to i.a Bambam Frost, Sonya Lindfors, Tamara Alegre, Cassie Augusta Jørgensen, Célia Lutangu, Stina Nyberg, Justin F Kennedy, Emilie Gregersen, My Wild Flag, POSSE – dancing and reading group, and the The Union – Culture workers union for black and people of color.

Adam Seid Tahir is first and foremost a dancer and performer. He has studied at the Royal Swedish Ballet School and has worked in the dance company Ballet Junior de Geneve in Switzerland. He has also studied computer technology, history of ideas, aesthetics and more at Konstfack, Uppsala University and University of Gothenburg. Adam has performed in works by choreographers such as Sharon Eyal, Hofesh Shechter, Emanuel Gat, Alexander Ekman, Thomas Hauert and others. He has also worked with Michael Keegan Dolan, James Finnemore, Noah Hellwig, Louise Mochia, Zoë Poluch, Eleanor Bauer, Paloma Madrid. In his own artistic work, Adam is very interested in technology and film. In 2018, he collaborated with the Index Foundation to create the film "hyperskin." Which was shown at Index, Stockholm's dance film festival, the Ecotrash Festival in London and the Lift-off festival. Adam is also one of the founders of the collective Body Intelligence. A collective that works interdisciplinarily with dance and technology. Together they won Dansathon 2018 in London and have since performed with their work Digital Umbilical at Sadler's Wells in London, Maison de la Danse in Lyon and Theatre de Liege in Belgium. Besides performing and creating artistic work Adam also works as a Web developer.