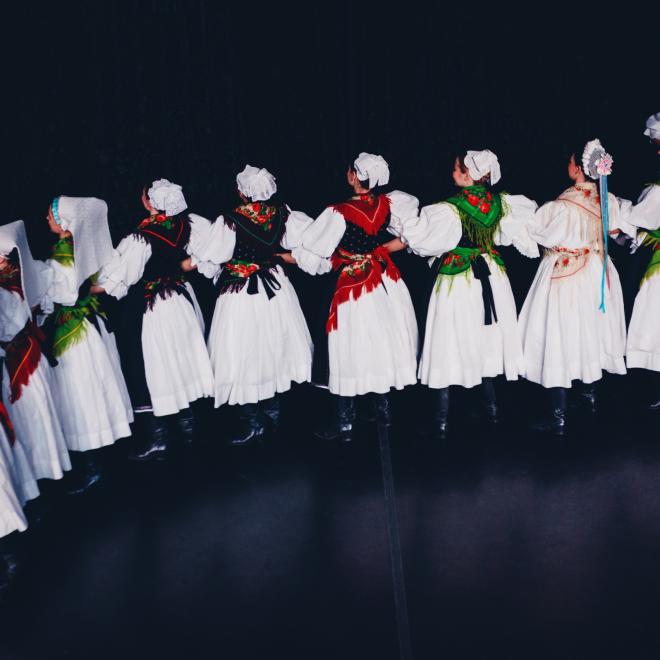 LADO, the National Folk Dance Ensemble of Croatia, was founded in 1949 in Zagreb as a professional national ensemble, with the aim of researching, artistically interpreting and presenting on stage the most beautiful examples of the rich traditions of Croatian music and dance.

LADO has assembled the talents of the most recognized Croatian folklorists, choreographers, folk musicians, composers and conductors who are inspired by Croatia's folk culture. LADO’s imposing repertoire, both choreographically and musically, is respected throughout the world for its authenticity. The repertoire consists of more than a hundred diverse choreographies and several hundred vocal, instrumental and vocal-instrumental numbers, through which LADO represents the rich and diverse regional musical and choreographic traditions of Croatia. 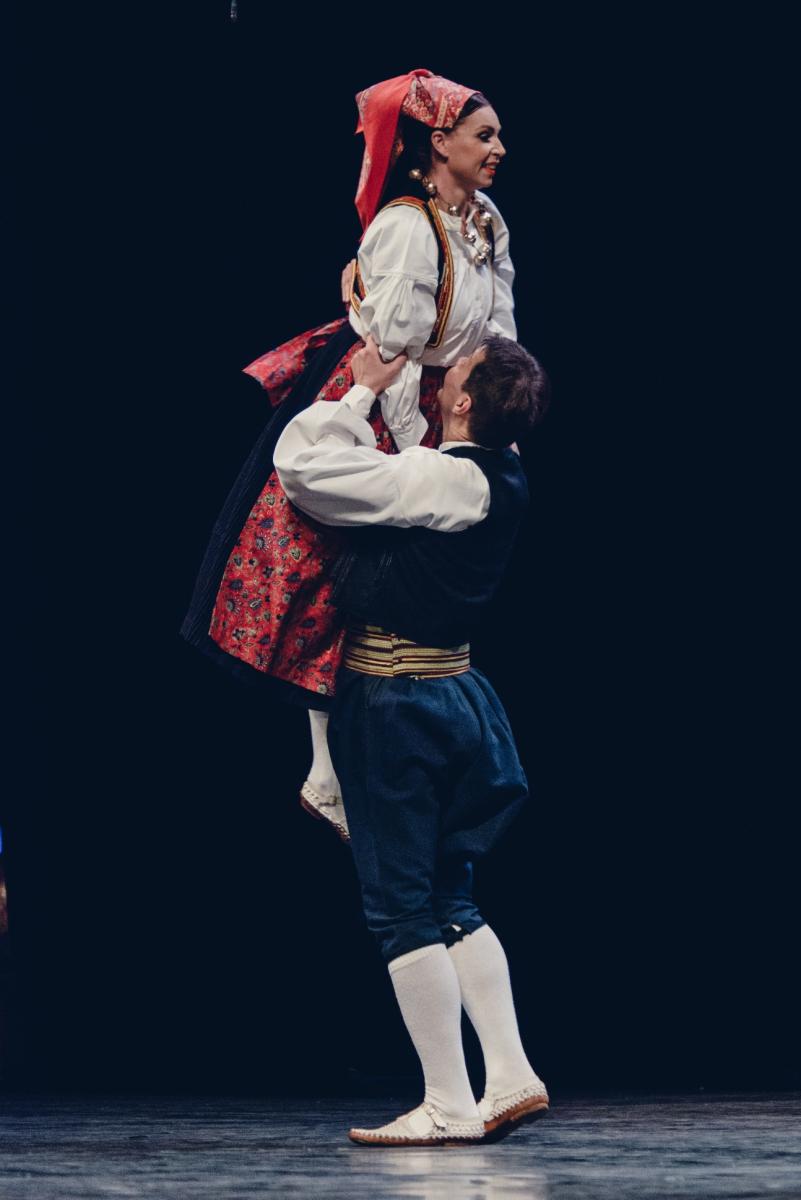 The ensemble's 38 brilliant dancers, who are also excellent singers, can easily transform this folk dance ensemble into an impressive folk choir, while its 14 superb musicians play some eighty different traditional and classical instruments. The LADO Ensemble owns a unique collection of original national costumes of exceptional value and beauty (more than 1,200 costumes). Each concert of the Ensemble, along with song and dance, provides remarkable insight into the traditional clothing worn by Croatians.

Considering all of this, plus the fact that this amazingly rich and diverse folklore is found in such a small country as Croatia, indicates why LADO is unique and why it has become a world class ensemble. Concerts have met with the unanimous enthusiasm of both audiences and critics worldwide. LADO is regarded as one of the world's best folk ensembles. LADO has performed on the stages of some of the world's most prestigous theatres and concert halls These incluse the Royal Albert Hall in London, theatres on New York's Broadway, the Tchaikovsky Concert Hall in Moscow and the Mann Auditorium in Tel Aviv, plus numerous opera houses, and at festivals, world exhibitions, the Olympic Games...

For its work in promoting aspects of national heritage, LADO has received many prizes and awards, including:  the  Annual INA prize for promoting Croatian culture worldwide in 2006; a total of 24 Porin awards, including the Porin  Lifetime Achievement  Award in 2002; four City of Zagreb Awards (in 1963, 1968, 2002 and 2009); the Orlando Award at the 54th Dubrovnik Summer Festival in 2003; two Ivan Lukačić awards at the 34th and 44th Varaždin Baroque Evenings (in 2004 and 2014) and the Charter of the Croatian President for 60 years of artistic work (in 2009). In 2002, the LADO Ensemble was the European representative at the 6th World Symposium on Choral Music in Minneapolis, United States.