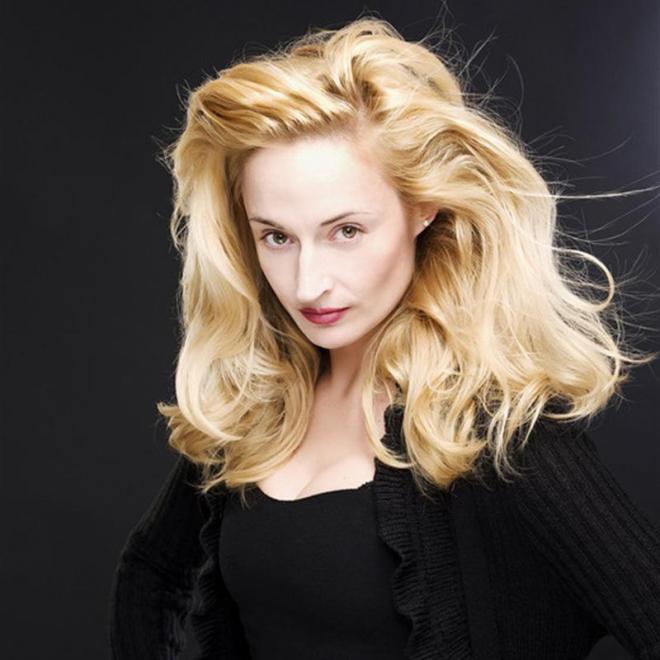 The ballet dancer and choreographer Valentina Turcu is one of the most creative dance artists in Slovenia. Ranging from full narrative ballet performances to contemporary dance shows, her creations also include shorter works for gala events, operas and theatre performances.

Born in Zagreb, Croatia, she discovered her passion for dance at an early age. As a child of renowned ballet stars, she mastered the classical ballet technique at the Maribor Conservatory of Music and Ballet. She internalised the sense of arts and culture tutored by Maurice Béjart, and developed her modern dance skills at the Rudra Béjart Academy. Turcu continued her career at the Béjart Ballet Lausanne, where she enriched her repertoire and knowledge with many challenging roles.

Having returned to Slovenia she performed in the ballets The Sleeping Beauty, The Nutcracker, The Swan Lake, Carmen, Silence of the Balkans, Lacrimas, The Architecture of Silence and many others.

Valentina Turcu’s most acclaimed choreography that won over critics and audiences alike is Bizet/R. Schedrin’s Carmen created for the Ballet of the Croatian National Theatre of Split. Her other outstanding choreographies include Ravel’s Bolero (for the Ballet of the Croatian National Theatre of Split, also performed in Istanbul), Brahms’ Hungarian Dances, Khachaturian’s Masquerade Waltz for the New Year Gala Concert at the Slovene National Theatre of Maribor, Tarde and Bach’s Partita for the opening of the International Ballet Galas in Slovenia, while her choreographies for opera divertissements and stage movement design for Lakmé, Carmen, La Bohème, Die Fledermaus and Les contes d’Hoffmann were described as fresh, surprising and performed with musical precision and exceptional style. Employing the a pastiche technique, Turcu created the La Callas project, a tribute to the legendary soprano, combining opera and ballet in order to produce a complete work of art.

Her numerous awards include a bronze medal in the World Dancing Competition in Nagoya, Japan, while her choreography entitled Rosemary was proclaimed the most original piece by the Slovene Ballet Dancers Competition Jury in 2007. The Slovene Association of Ballet Artists awarded Valentina Turcu for her achievements in the field of ballet, opera and theatre with the following citation: ”By mastering her dance and theatrical expression and using an in-depth interpretation, Turcu reached a high level of theatrical maturity and awareness, enriching our stages with her charismatic personality. Her body language simply opens up a new comprehension of dance art, while her work is the result of a long experience, vast knowledge and complete devotion to her vocation“.

Danced, choreographed, created and co-created over 120 ballet, theatre and opera productions.Creating for Metz Metropole Opera & Ballet in France 2015.Recently directed and choreographed ballet Romeo & Juliette in 2014 for Latvian National Ballet.Awarded for outstanding achievement for directing and choreographing in Slovenia 2013.Declared as creator of a new milestone in the quality and expression of classical ballet today.

In July 2012, Turcu’s choreography for the Covent Garden Dance Company was first performed within the International Stars of Ballet and Dance project. In the season 2011/2012 she made a great success with her creation of Bernard Schlink’s The Reader, and her 2013 projects include an exciting collaboration with the soprano Allison Bell on Arnold Schönberg’s Pierrot Lunaire in London.