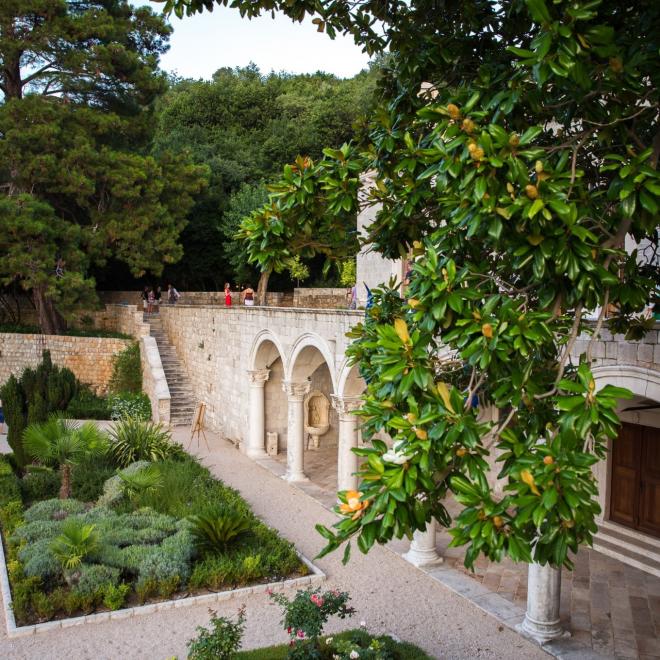 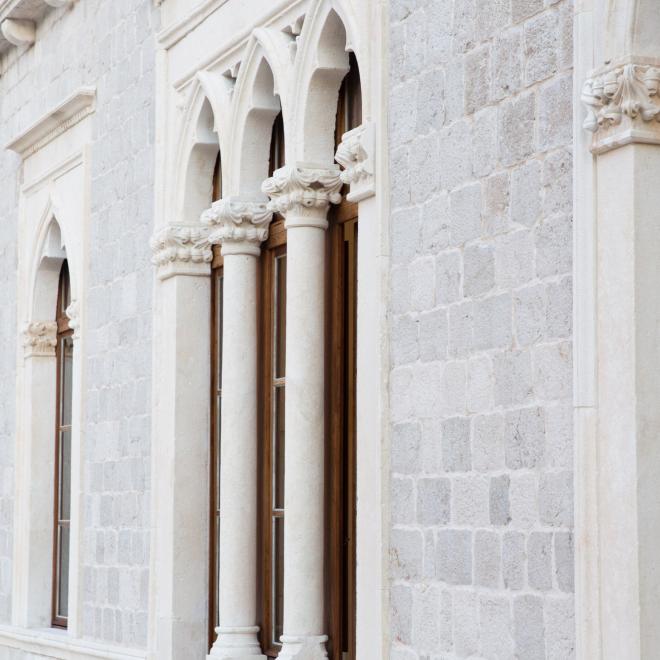 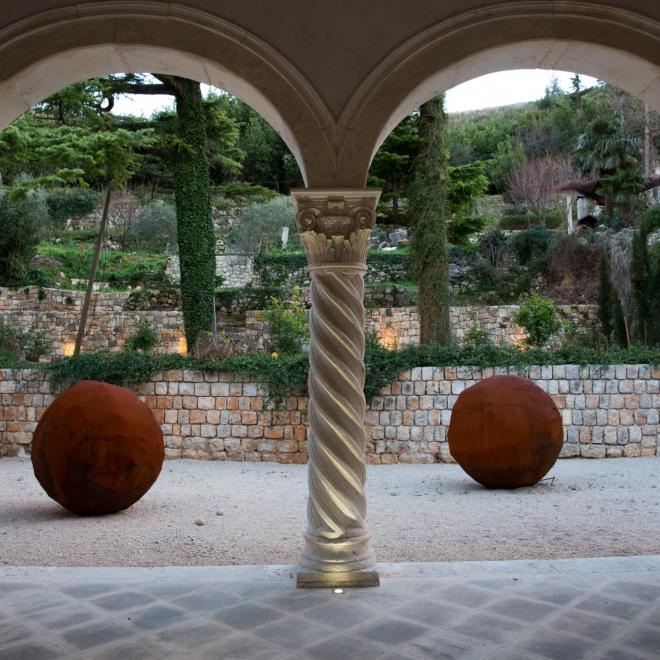 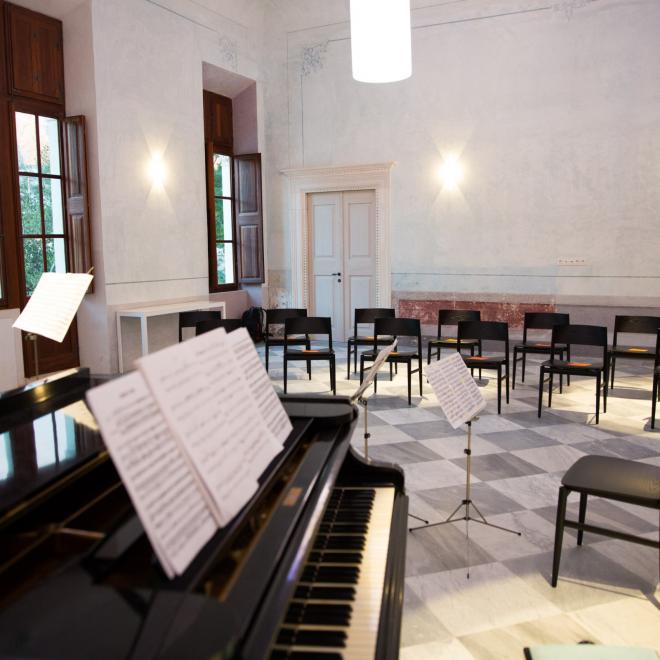 Bunić-Kaboga Summer Villa, located on the southern bank of the Rijeka dubrovačka river mouth, in the area known as Batahovina, is one of about twenty most valuable cultural heritage monuments in Croatia, as well as one of the most valuable monuments of the 15th and 16th century villa architecture of Dubrovnik region. This waterfront villa complex includes Gothic-Renaissance villa with portico, loggia, boathouse, chapel of St Bernard and cascade gardens.

The Bunić family, one of the most affluent patrician families in the area, set out to build the villa around the year 1520. The first phase of construction lasted about twenty years, and all architectural elements and room layout from this period have been preserved to this day. The building consists of a single-storey villa with a portico in front of the ground floor, which originally opened up to the front garden with seven arches. The portico is topped by a terrace which extends to the wall enclosing the garden to the west, connecting the building and its loggia with the chapel, which was built in 1538 by Petar Andrijić, the famous Croatian builder and stonemason. It is dedicated to Saint Bernard and it is one of the most beautiful small chapels in this region.

The villa saw major changes during the 18th century, when the staircase was built. The ground floor layout was changed and the vaulting of the salon was transformed into the atrium of the new staircase. This renovation of the interior introduced Baroque and Classicist stylistic features. In the second half of the 19th century, villa Bunić Kaboga and the neighbouring Stay became an estate of a single proprietor and their gardens were connected by walkways. During the 1960s, the construction of the Adriatic road cut off the villa’s connection to the river Ombla, and this connection was the reason why the villa was originally built at this site.

During the 20th century, the villa changed several owners and beneficiaries, and saw degrading maintenance and inappropriate construction developments. During the Croatian War of Independence, the villa and its stone sculpture suffered multiple damage. The chapel was also heavily damaged and all objects it contained, including the altarpiece, have gone missing.

Bunić-Kaboga Summer Villa was restored thanks to the patience and persistence of Ivo Felner, Doctor of Chemistry, who is, along with his two sisters, the last descendant of the patrician family Caboga.

The restoration project, amounting to almost 3 million euro, was based on research of art historian Dr Nada Grujić, along with the architectural recording of expert associates of the Croatian Conservation Institute and the preliminary, main and detailed restoration designs of Studio Vetma from Dubrovnik. They all contributed to restoring the villa in its original state with exceptional care and attention to detail.

“I'm exceptionally happy and proud because we have returned the heart and soul to Bunić Kaboga Summer Villa, a representative monument of Dubrovnik's Gothic-Renaissance architecture, and gave it new life and a happy future. My wish and the wish of the donor is that this villa is brought back to life as an indispensable site for high-quality cultural events in Dubrovnik. It is also a gift to all citizens and artists of Dubrovnik.”

After several decades, Bunić-Kaboga Summer Villa, as the first thoroughly restored villa in Dubrovnik, today stands in its full glory and it is conceived as a workplace and a place of encounter of conservation professionals, professors, students, artists, a place for exchanging opinions, a place of encounter of all those in love with art and rich cultural heritage of Dubrovnik.