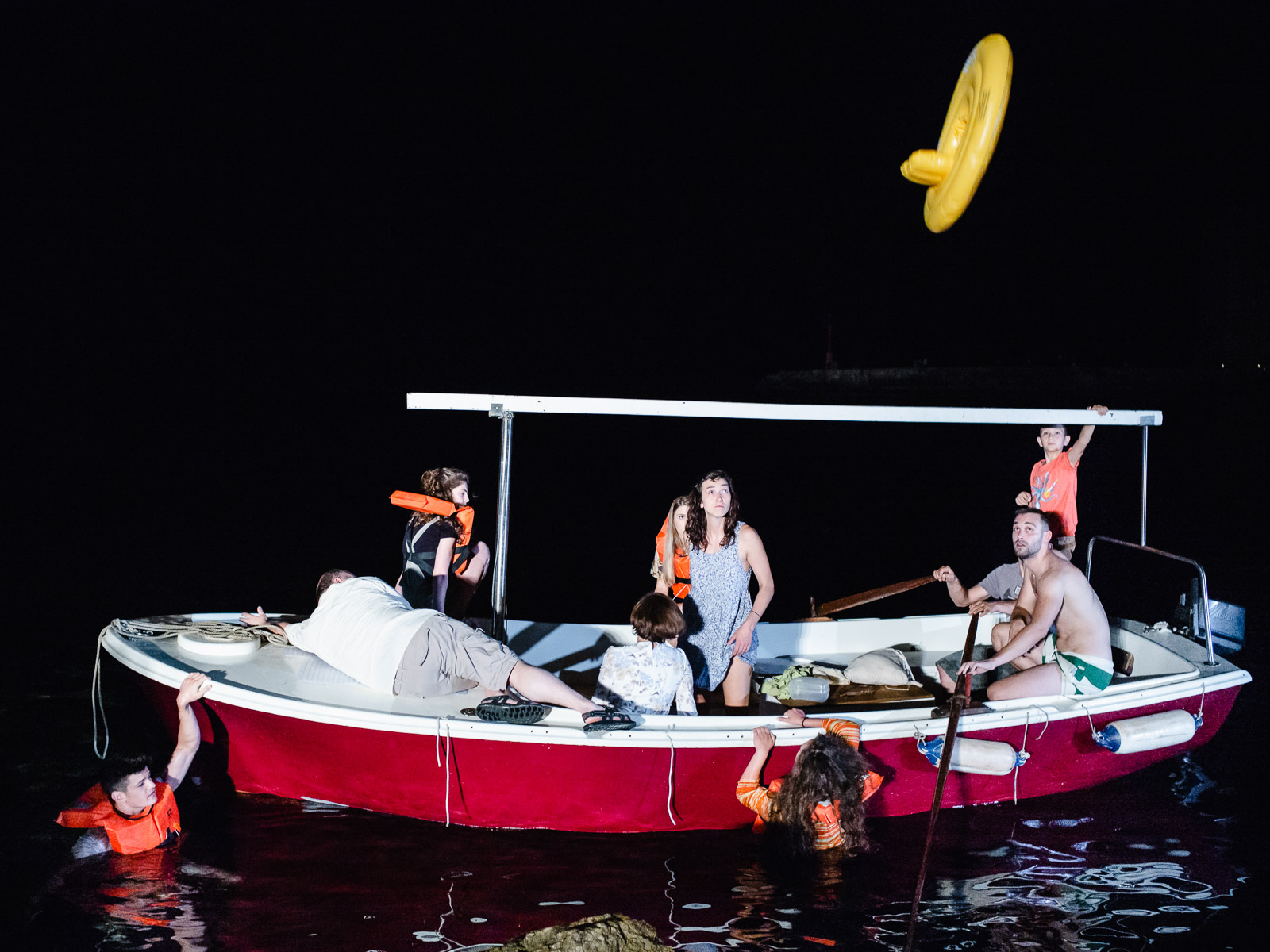 An original project by Nataša Rajković, Ivan Penović and the play’s cast, Beside Oneself , produced as part of the Port of Dreamers project co-funded by the European Union Creative Europe programme, premiered last night, 13 July at Lazareti and Komarda as part of the 72nd Dubrovnik Summer Festival.

The Festival audience showed their appreciation for the brilliant cast with long applause and ovations, as not even the strong winds and high waves in the second part, directed by Nataša Rajković, could throw them off their performance. The play deals with the subject of migrations as an inevitable, continuous social process with the first part, at Lazareti and directed by Ivan Penović, humorously deals with the pointlessness of separating people based on their differences. The second part on Komarda shows the power of empathy which can offset and supplant the negative context of differences if only its agents dared utilize it.

The play is on again tonight, 14 July, and tomorrow, 15 July, at 9.30pm at Lazareti and Komarda. Tickets are sold out.

Two more plays created within the Port of Dreamers project will be performed at the 72nd Festival– Celebration by Slovene National Theatre Maribor on 18 and 19 July and Under the Same Roof by Kulturanova Association and Novi Sad Újvidéki Színház Theatre on 29 and 30 July. Port of Dreamers project within which these plays were produced is co-funded by the Creative Europe Programme – Culture Sub-programme of the European Union, with support also given by Croatian Ministry for Culture and Media as well as sponsorship of HEP (Croatian Electric Company).