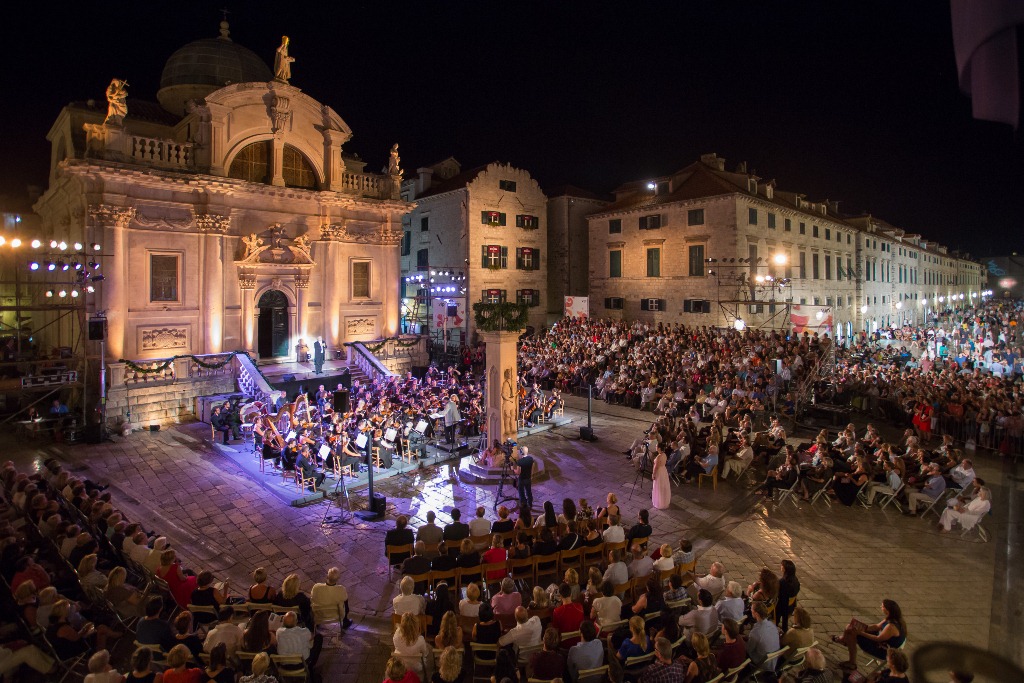 The 65th Dubrovnik Summer Festival was closed with the Opera Gala concert, performed by the Zagreb Philharmonic, conducted by maestro Ivo Lipanović, and leading world baritone Željko Lučić and soprano Lana Kos, as part of the Vip program and in collaboration with the City of Zagreb, last night, 25th August, in front of St. Blaise’s Church. 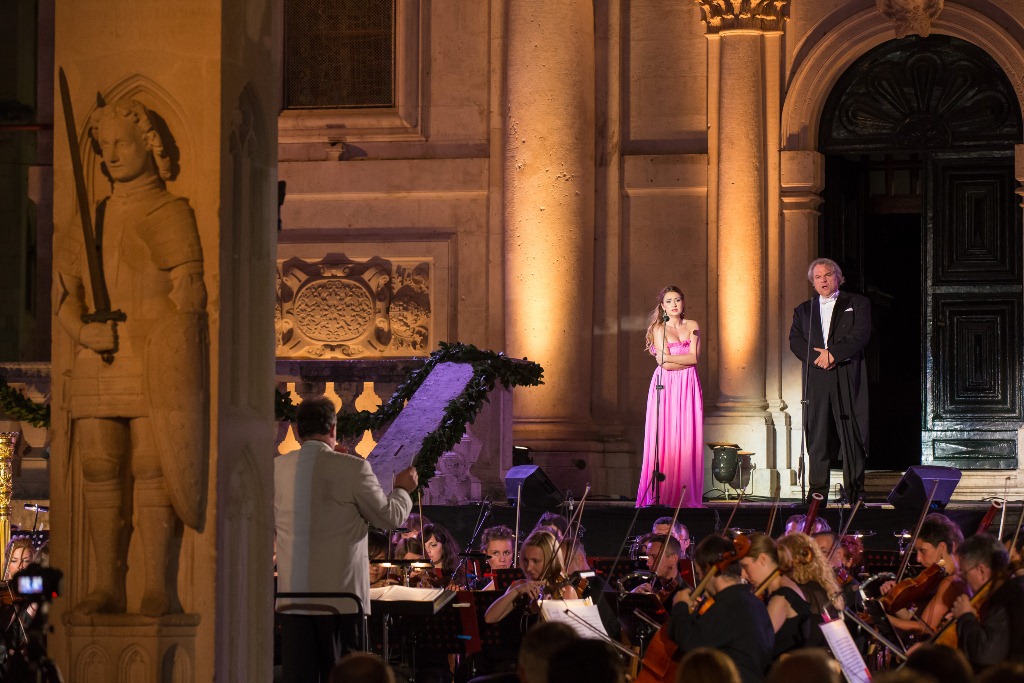 Before of a large audience in front of St. Blaise’s Church, the overture from the opera The Force of Destiny (La forza del destino) and ballet music from the opera Macbeth were performed, while one of the leading world baritones, perhaps the first Verdian one, Željko Lučić performed the aria Eri tu from The Masked Ball (Un ballo di maschera), O prodi miei from Nabucco and the King’s aria from the opera Macbeth. Soprano Lana Kos performed Violetta’s aria E strano from La Traviata. The soloists then performed together in the duet Madamigella Valéry also from La Traviata. 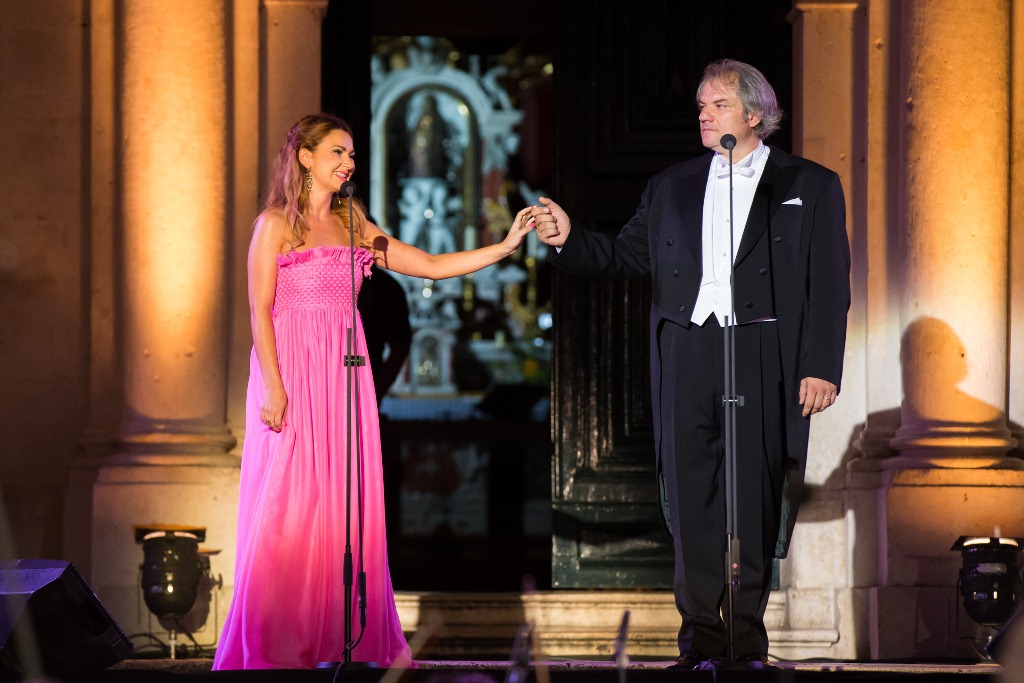 Following the concert, the Orlando Prize awarding ceremony took place. Neva Rošić was awarded the Orlando Prize for the best achievement in drama for this year’s Festival, whereas the Croatian Baroque Ensemble was awarded for the best achievement in the music program of the 65th Festival. After that, the 65th Dubrovnik Summer Festival was closed in a ceremony which lacked the traditional lowering of the Festival’s flag, the outstretched flag instead carried by the Festival Drama Ensemble in the space in front of St. Blaise’s Church to the tunes of the Hopping Dance by Đelo Jusić, performed by the Zagreb Philharmonic and the Floklore Ensemble Linđo. 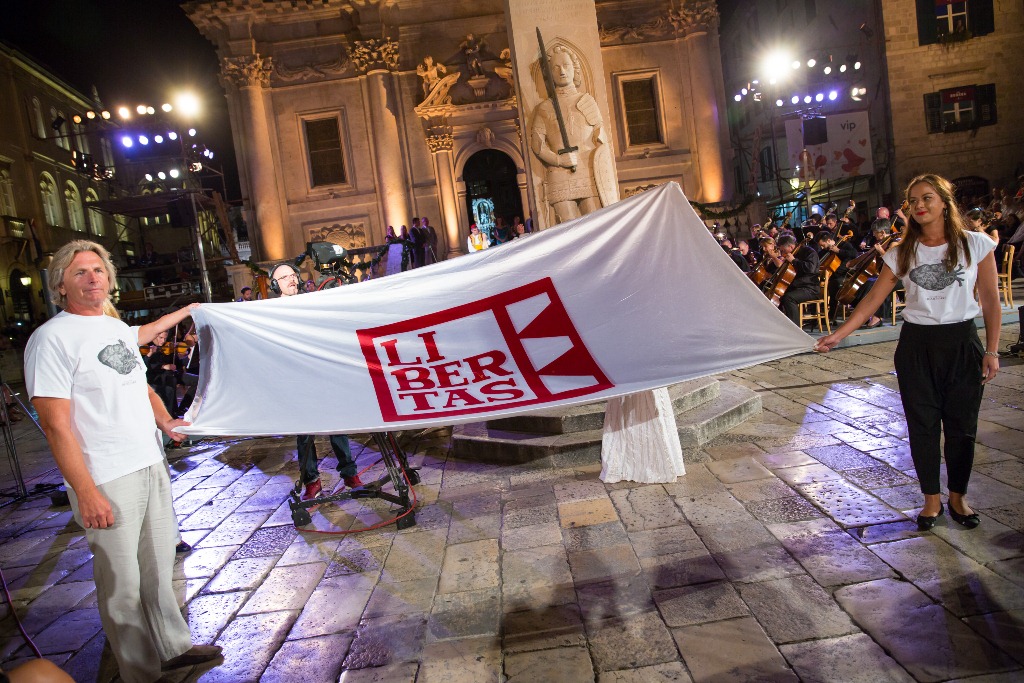 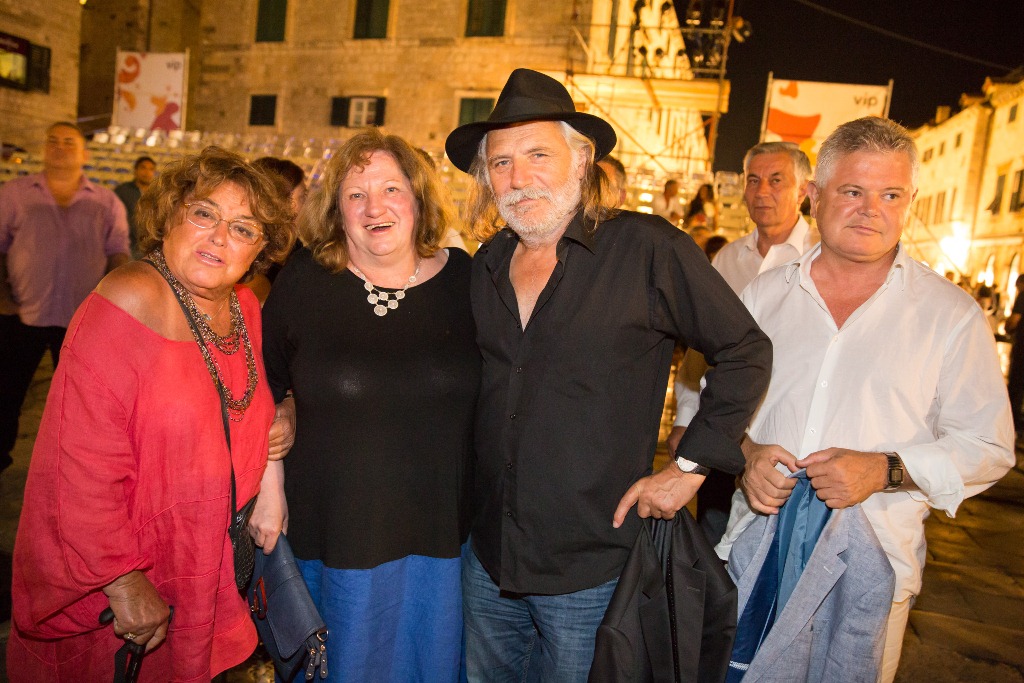