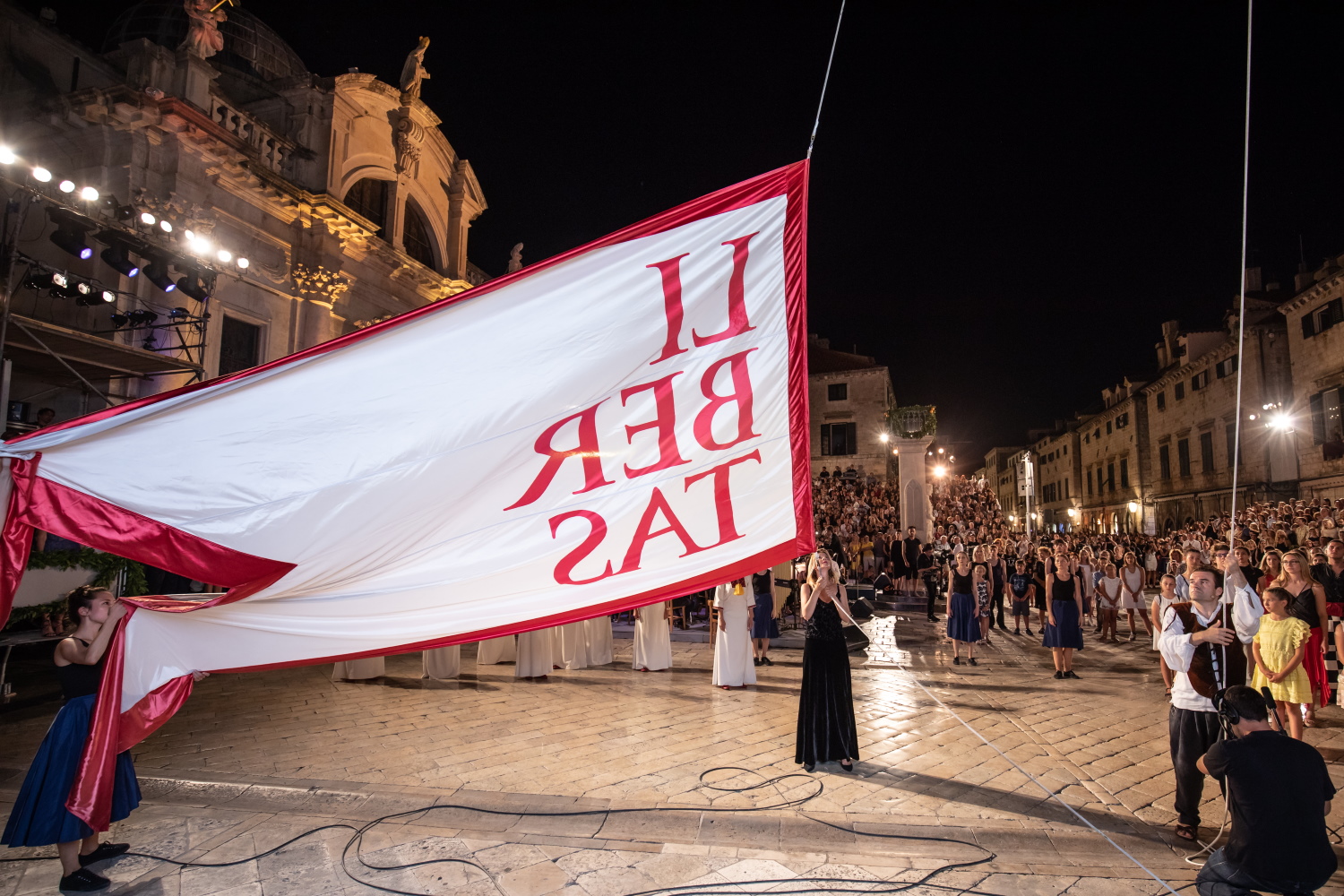 The 72nd Dubrovnik Summer Festival will take place on a number of stages and site-specific locations in Dubrovnik from 10 July to 25 August 2021. Hoping that the summer will bring more favourable epidemiological situation, the Festival’s leadership has announced a varied theatre, music, dance and folklore programme for the upcoming festival season in Dubrovnik.

The 72nd Dubrovnik Summer Festival opening ceremony, this year directed by the young Croatian director Hrvoje Korbar, will traditionally take place on 10 July in front of St Blaise’s Church. As previously announced, the core of the 72nd Dubrovnik Summer Festival theatre programme, as envisioned by the Assistant Director Saša Božić, will consist of productions done as part of the EU project Port of Dreamers and the play ‘Lion House’ based on a novel by Ivan Salečić. Nataša Rajković and Ivan Penović’s project ‘Beside Oneself’, staged by the Festival as part of the Port of Dreamers project co-funded by the Creative Europe programme of the European Union, deals with migrations as an inevitable, unceasing social process and all the spaces we define, outline with migration or leave empty by our departure. The dramaturgy of the project is based on the form of previously held workshops for migrants, which enables different performative modes of expression which, in satirical, tragic and pseudo-documentary tone, expose all the pointlessness of attempts to contextualise the other and those who are different with bureaucratic language of European attitude to migrant experience. The audiences will also have the opportunity to see the productions of project partners: the play ‘Celebration’ after Ivor Martinić’s text, directed by Jan Krmelj and produced by the Slovene National Theatre Maribor, and ‘Under the Same Roof’, directed by Ivana Janošev and co-produced by the civil society organisation Kulturanova and Újvidéki Színház, Hungarian minority theatre from Novi Sad, Serbia. The second premiere at the 72nd Dubrovnik Summer Festival portrays Dubrovnik as a place where burdened history and burlesque transition clash. It is based on Ivan Salečić’s debut novel ‘Lion House’, in which the author intertwines two stories about Dubrovnik’s present and past, focusing on the Gundulić family history. Salečić created a unique novel in which fiction and faction coexist and our ideas about the glorious past are broken against the harsh reality of everyday life. The present-day bitter-humorous complications surrounding the purchase and restoration of an apartment in the historic city core are complemented with an interesting and engaging history of Dubrovnik, above which looms the grim fate of the Great Earthquake. The play, that will be performed on the playground under the Minčeta Fort, is directed by the renowned Croatian director Aida Bukvić and this will be her directing debut at the Dubrovnik Summer Festival. 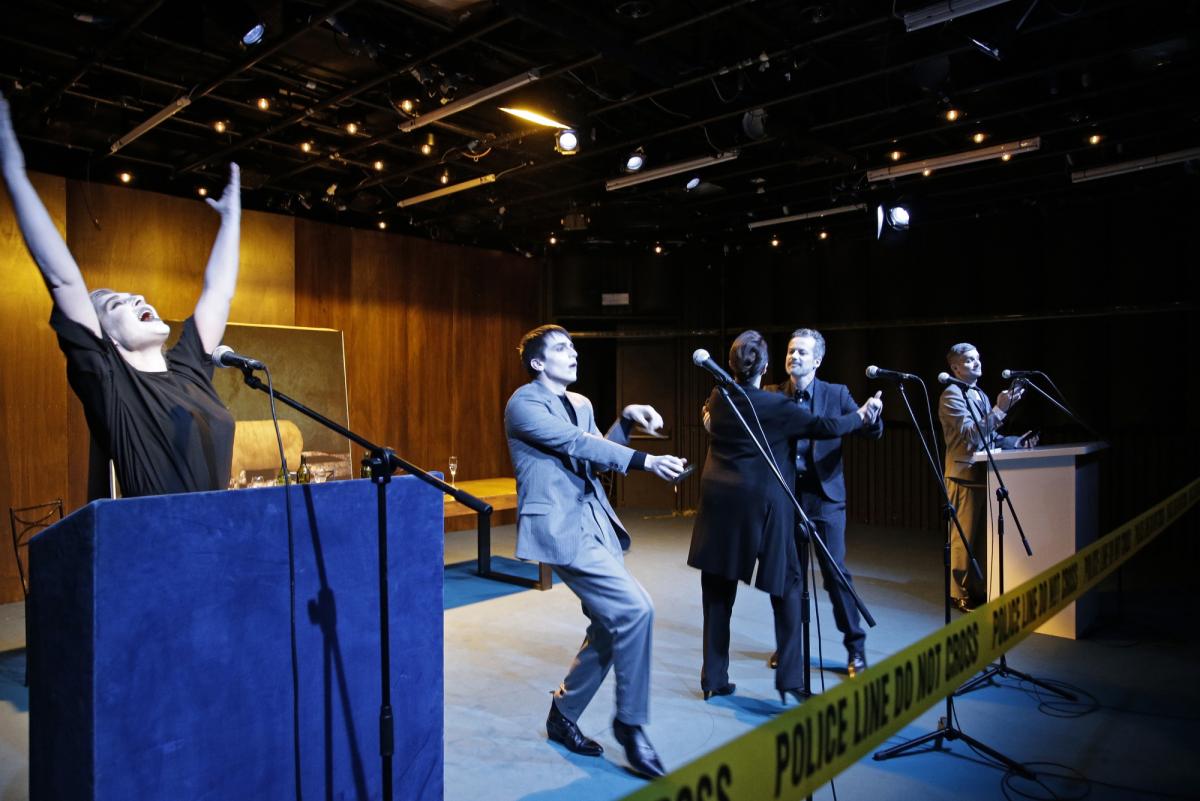 This year’s theatre programme also includes successful productions from previous seasons. In July, the Festival audiences will have the opportunity to enjoy Shakespeare’s ‘Hamlet’ directed by Paolo Magelli with Dubrovnik’s own Frano Mašković in the lead role, which was premiered at the 70th Dubrovnik Summer Festival, as well as Saša Božić’s ‘Mara and Kata’, in which Nataša Dangubić as Mara and Doris Šarić Kukuljica as Kata from St Mary’s Convent Courtyard take the audience on an absurd journey through Dubrovnik from the end of the 1990s until recent times. The beginning of August once again brings Držić’s ‘Grižula’ directed by Saša Božić and Petra Hrašćanec to Gradac Park. The play was premiered last year as part of the Future Epics project co-funded by the European Union Creative Europe programme. It is performed by the Festival Drama Ensemble consisting of Ozren Grabarić, Nataša Dangubić, Perica Martinović, Branimir Vidić and Boris Barukčić, with participation of Dance and Acting students from the Academy of Dramatic Art, University of Zagreb. 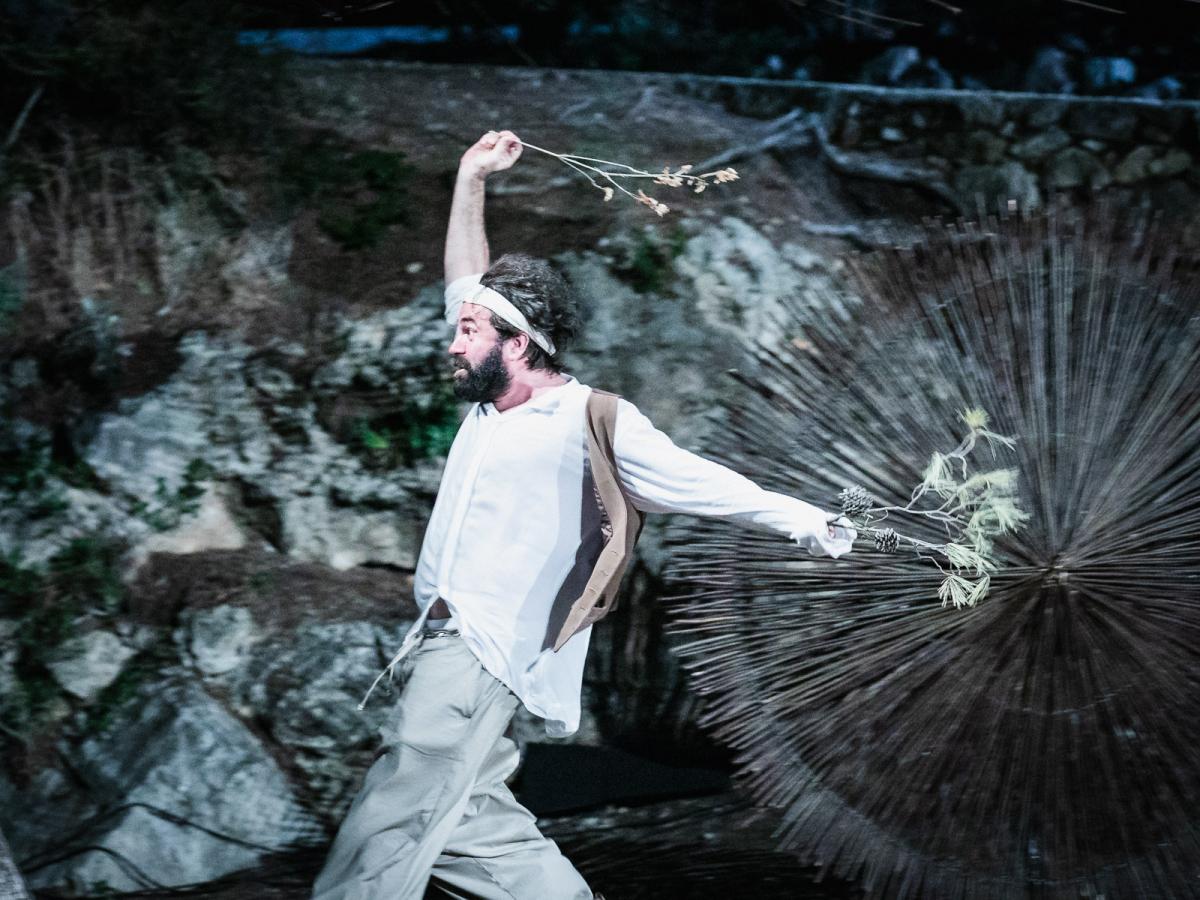 The 72nd Dubrovnik Summer Festival music programme opens with a percussion treat led by the excellent Ivana Kuljerić Bilić, accompanied by Nikola Krbanyevitch, Francesco Mazzoleni and Luis Montealegre. Ivana Kuljerić Bilić will also hold a percussion workshop from 14 to 16 July as part of the Festival’s accompanying programme. Tomislav Fačini, the Festival’s Assistant Director for Music, will be conducting the Croatian Radio and Television Choir at this season’s first concert at the Rector’s Palace, which will be followed by performances of the impressive young Croatian pianist Lovre Marušić and Russian soprano Julia Lezhneva with La voce strumentale, an ensemble founded in Moscow in 2011 by Dmitry Sinkovsky consisting of top musicians, winners of various international competitions. Young violinist Eva Šulić will perform at the Rector’s Palace with the Dubrovnik Symphony Orchestra Chamber Ensemble, and additionally with kvARTet, an ensemble she is a member of alongside cellist Pavle Zajcev, violinist Đana Kahriman and violist Šimun Končić. The famous, award-winning American tenor Lawrence Brownlee will also perform at the Dubrovnik Summer Festival this summer. 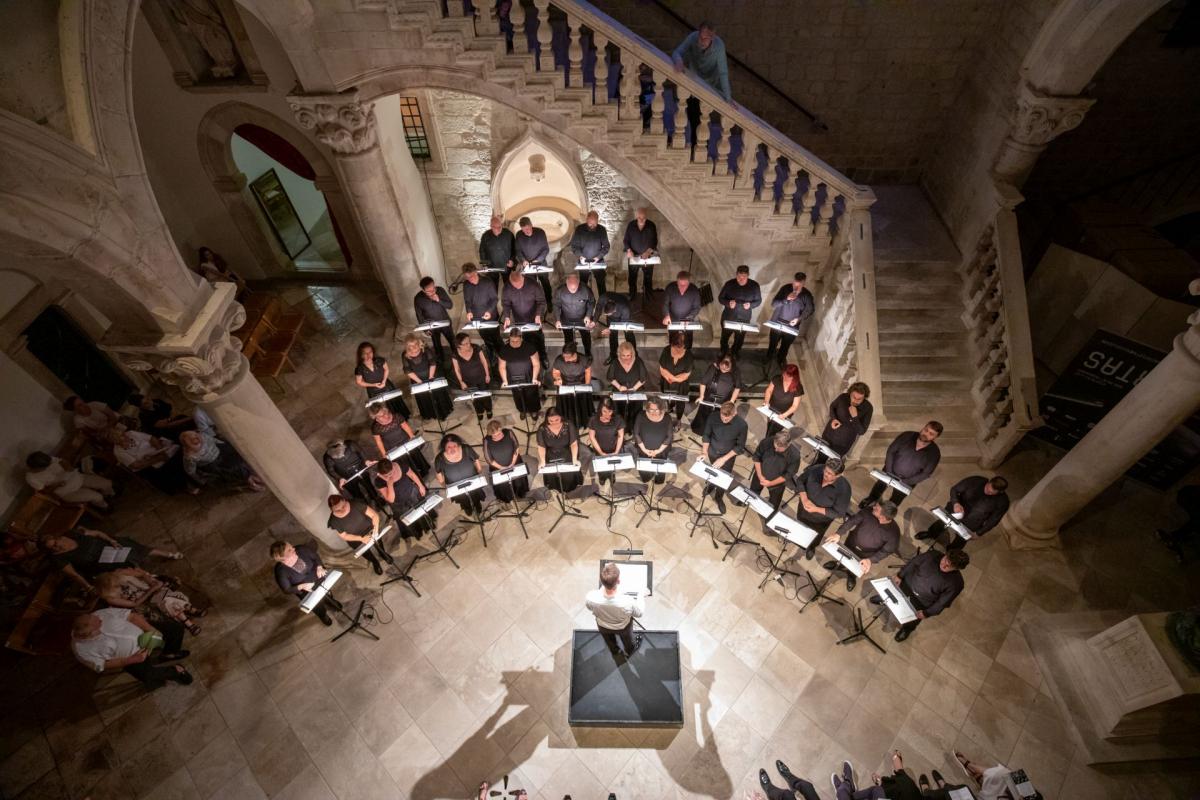 Gathering an exciting ensemble of some of Dubrovnik’s finest musicians, with an unusual selection of instruments and distinctive personalities, ‘Dubrovnik on a Rock of Music’ will again be a part of the music programme at the Rector’s Palace this year. Guitarist Petrit Çeku, one of the Festival audience’s favourite artists, will perform at the 72nd Dubrovnik Summer Festival. He will also hold a guitar and chamber music masterclass in Dubrovnik from 18 to 25 July 2021, focusing on interpretation, expressiveness and general artistic development of musicians. The Dubrovnik Symphony Orchestra will hold a big concert in front of the Cathedral, conducted by Eduardo Strausser, with piano soloist Goran Filipec, renowned for his highly virtuosic, exceptional interpretations of Franz Liszt as well as classical and romantic repertoire. Filipec is a proponent of creativity and subjectivity in performance, observing it as co-creation of a musical piece. He is considered to have ‘three of the most important attributes that make a great pianist: artist, architect and acrobat’ (Gramophone, 2018). The Croatian Radio and Television Symphony Orchestra will traditionally have the honour of closing the Festival with a big closing concert under the baton of one of the Festival’s favourite conductors, Ivan Repušić. 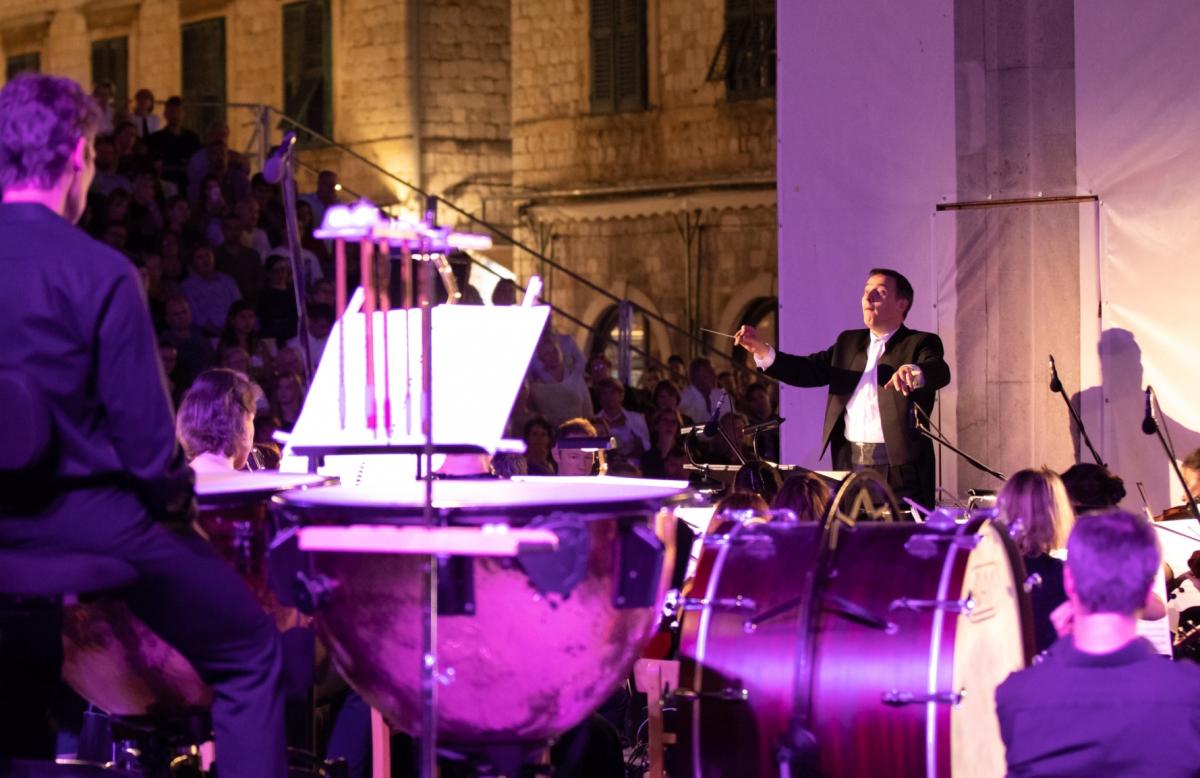 One of the highlights of this year’s dance programme is ‘Lulu’, a project by a former principal dancer of the Croatian National Theatre of Zagreb Ballet Ensemble, a talented director, choreographer, dramaturge and set designer Staša Zurovac. The 72nd Dubrovnik Summer Festival’s dance programme will also feature the award-winning project ‘Together’ by dance artist Petra Hrašćanec, a collaboration between six young dancers premiered at the Zagreb Dance Centre last October. Croatia’s rich folk dance and music heritage will traditionally be presented this year by the Linđo Folklore Ensemble.

Children’s programme constitutes an important part of the programme and this year the Festival is happy to announce two treats for the youngest audiences: a musical play for children featuring popular young American pianist Evan Shinners at the Rector’s Palace and Poco Loco Theatre’s fairy tale to go entitled ‘Little Red Riding Hood, Wolf and Grandma’. In this unusual theatrical event, both young and older audiences will be enjoying music as they follow the storyline and walk through the wood on Lokrum Island with earphones. They will be taken for this merry and funny walk by Little Red Riding Hood, Wolf and Grandma, and children will have the opportunity to actively participate by completing creative and educational tasks.

As for financial planning, the budget of the 72nd Dubrovnik Summer Festival is more than 1 million euros, which is higher than the last year's budget, while almost 30% of the budget will consist of Festival’s own income, that includes sponsorships, donations and tickets sale.

Tickets will be available online at the Festivals official site www.dubrovnik-festival.hr and www.ulaznice.hr platform upon receiving new COVID-19 related guidelines.

The Dubrovnik Summer Festival has adapted its business activities according to the recommendations of the Croatian Institute of Public Health for preventing the spread of COVID-19 disease.