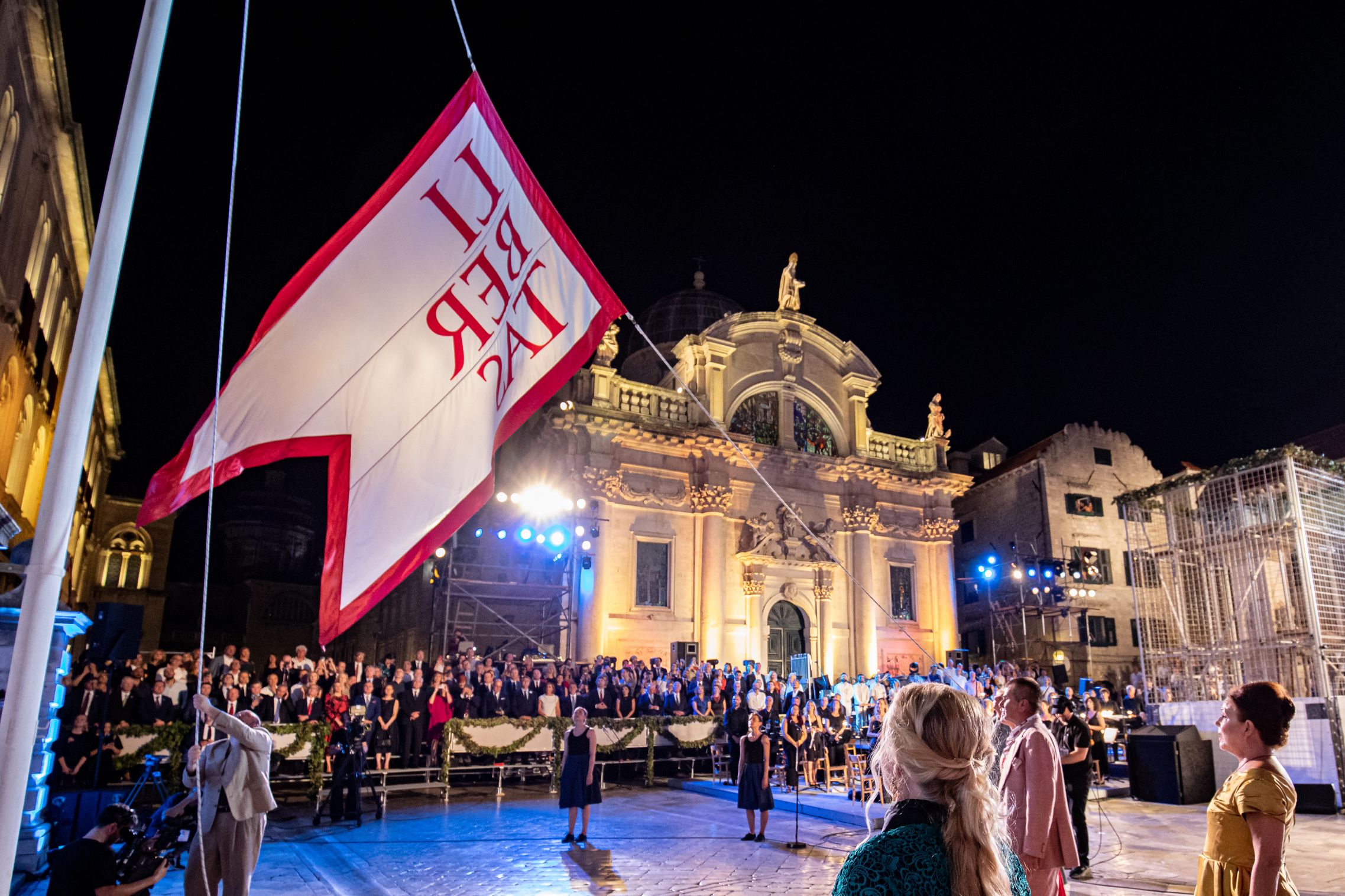 The Dubrovnik Summer Festival, one of the longest-running European festivals, will be held this year from 10 July to 25 August for the 73rd time. During 47 days of summer, the audiences will have the opportunity to enjoy a carefully selected programme comprising the Festival’s own productions and top guest performances featuring some of the best Croatian and international artists.

– The core of culture consists of traditional ideas based on historical principles, combined with modern values, drawing on specific accomplishments of individuals and communities embodied in artefacts. On the one hand, the cultural system can be perceived and described as a product of action, and on the other, it stipulates elements of further action. The Dubrovnik Summer Festival is, without any doubt, one such product. Its programme is prepared for months (even years) in advance, the preliminary programme is traditionally announced on Candlemas, but the present situation has wiped out the certainty of everything that was once customary. Despite the situation, owing to synergy of authors and artists as well as its patrons, such as the Ministry of Culture and Media of the Republic of Croatia and the City of Dubrovnik, and considerable and visionary support of the Caboga Stiftung Foundation, the Dubrovnik Summer Festival will be held for the 73rd time, offering a rich and diverse programme aimed at domestic and foreign audiences of all ages, aware of its long tradition of top-quality artmaking and responsibility to maintain it – says the Festival Artistic Director, Dora Ruždjak Podolski, as she announces this year’s edition of the Festival. 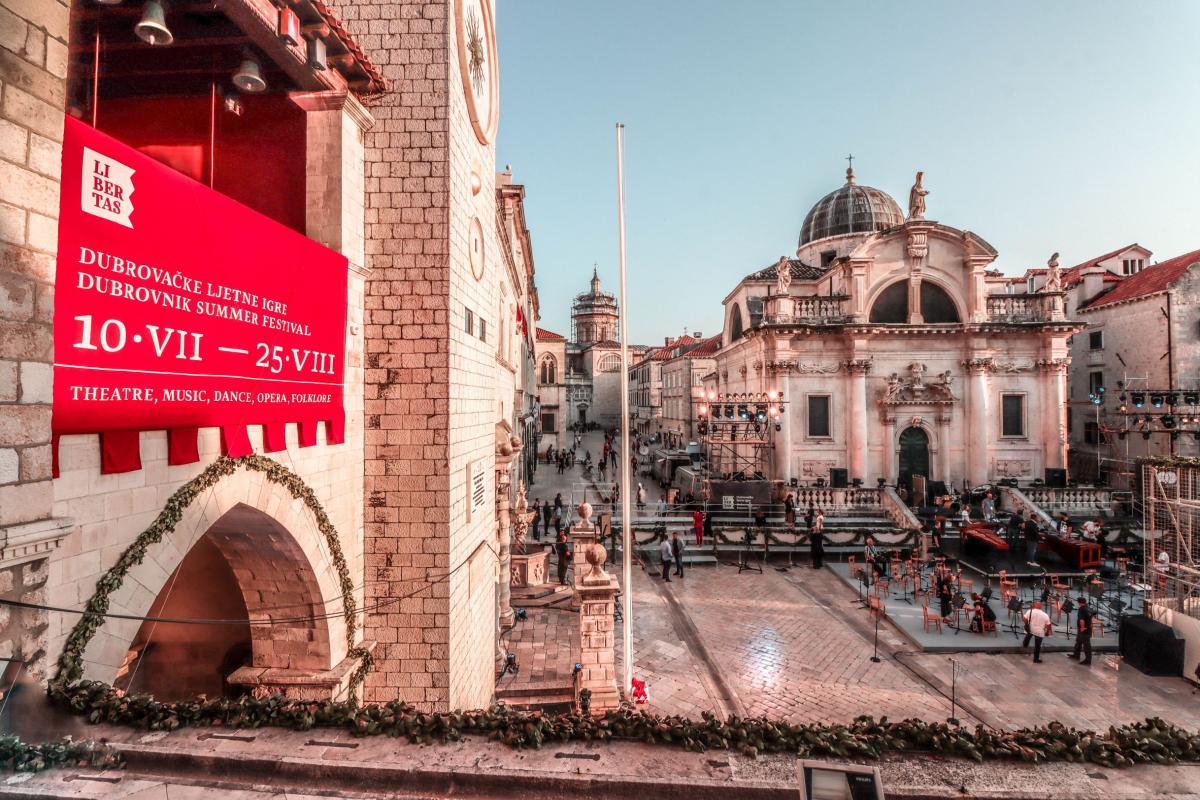 The core of the 73rd Dubrovnik Summer Festival’s drama programme is comprised of Festival’s own theatre productions, including two premieres and three successful plays from previous seasons.

– The premiere theatre programme takes us back to the Festival’s Mediterranean roots by placing it within the thematic framework of passion, in its comic as well as poetic and tragic form. As it explores the phenomenon of passion, the Festival will explore the individual and his/her relation to society, as well as the ways we delve into ourselves or touch others through our passions. Passion is viewed as an instinctive need to define ourselves as unique individuals in this world, but at the same time also achieve a sense of community with others and those who are different from us – Assistant Director for Theatre Programme, Saša Božić, points out.

Lovers, one of the Dubrovnik’s best-known prose comedies of the 17th century, will be the first Festival drama premiere this year. The best known staging of this juicy comedy (with a special connection to the founding of the Festival) was directed by Joško Juvančić in the late 1960s. The theme of Lovers is standard: the relationship between masters and servants, where greediness, stinginess, fake learning and superstition are mocked while everything revolves around the theme of courtship. The play is directed by one of Croatia’s most promising young directors, Aleksandar Švabić, and the cast consists of some of the best young actors led by the actress and singer Maja Posavec.

The highlight of this year’s drama programme is the first staging of F.G. Lorca’s 1933 cult drama Blood Wedding at the Dubrovnik Summer Festival. The plot of Lorca’s tragedy takes place in a rural environment in the first half of the 20th century, but the piece eludes any kind of temporal determination due to the universality of the story it is based on. The characters are victims of their own passions and inevitability of their wrong choices or tragic destinies. A double curse is upon them: within the confines of their social class, passion remains their only space of freedom, even at the cost of damnation or death. Blood Wedding is directed by the renowned director Franka Perković, known to Dubrovnik audiences for her staging of Tomislav Zajec’s Saved in 2010, while the impressive Festival Drama Ensemble is led by Ksenija Marinković, Jadranka Đokić and Nikša Butijer. 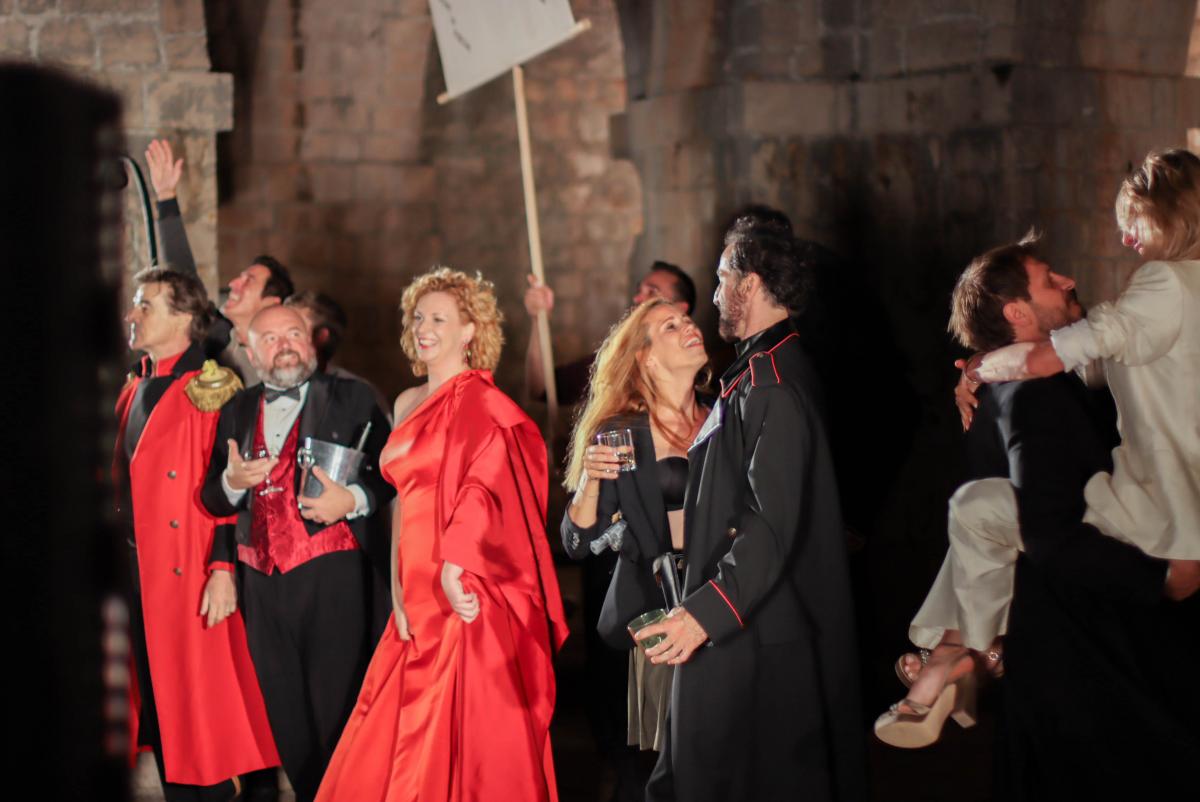 This year’s drama programme includes the Festival’s production of Magelli’s award-winning Hamlet on Lovrjenac Fort, with its complex exploration of European identity crisis and Dubrovnik’s own Frano Mašković in the lead role, as well as last-year’s highly praised production of Ivan Salečić’s Lion House directed by Aida Bukvić, the winner of Orlando Award for best play, and the favourite of the Festival audiences, the play about Dubrovnik gossipmongers Mara and Kata, a project by Saša Božić in collaboration with actresses Nataša Dangubić and Doris Šarić Kukuljica which will be performed at Kazerma. 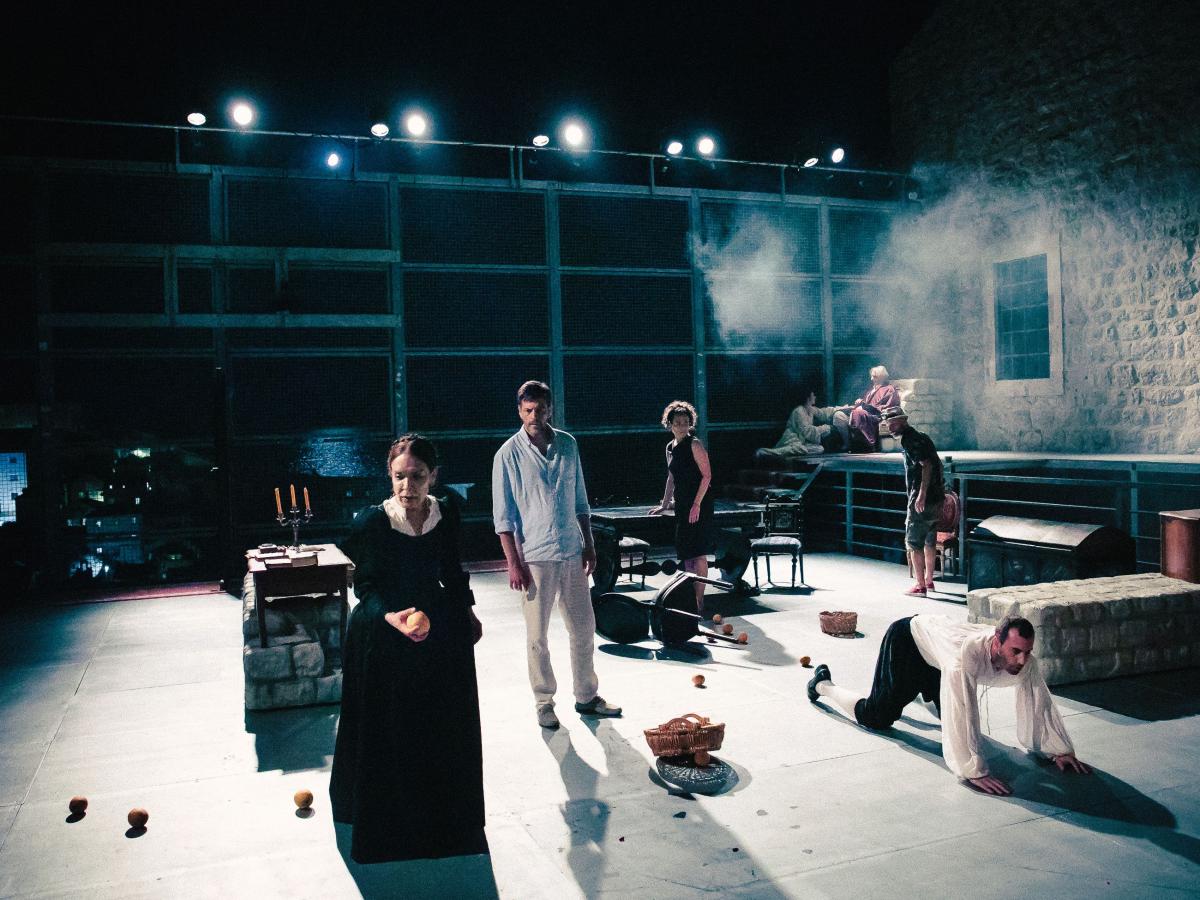 As part of the ongoing collaboration with the Dubrovnik Summer Festival, the Croatian National Theatre Zagreb will perform My Brilliant Friend in Gradac Park, based on Elena Ferrante’s novel, an enthralling portrait of Italian society over several decades. This exceptional prose piece is directed by Marina Pejnović, who, assisted by the numerous cast, transferred to the stage the exciting and deeply emotional scenes from one of the best contemporary novels.

The Croatian National Theatre Zagreb will perform Pride and Prejudice on the same stage in Gradac Park. This ballet piece based on Jane Austen’s eponymous cult classic is choreographed and directed by the distinguished contemporary ballet choreographer, Leo Mujić, who introduced himself to Dubrovnik audiences with the ballet Dangerous Liaisons in 2014. 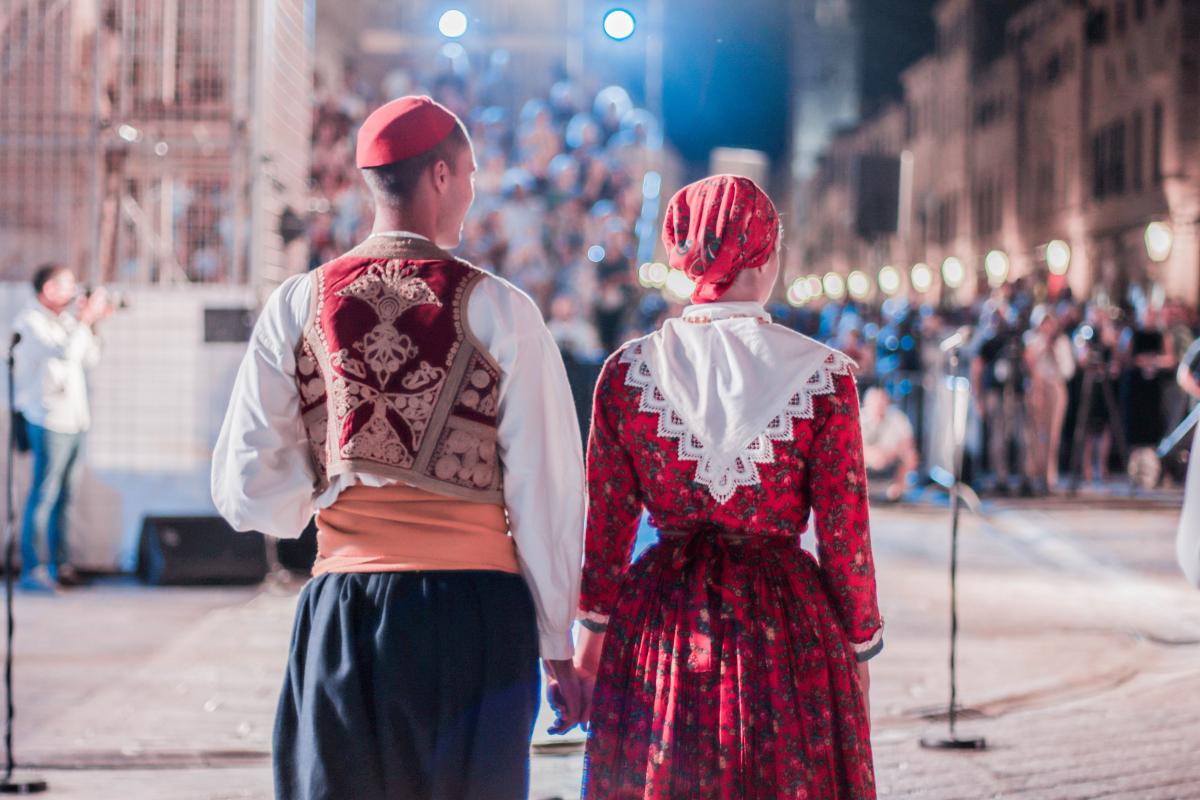 – Someone said that we should not look up this year, but that does not stop us from looking forward to summer and the Festival. The musicians’ enthusiasm and passion for performance has not dwindled and the audiences seem to be rejuvenated in spirit, so we look forward to all those forms of exchange of energy and emotions at Dubrovnik’s unique venues. Select Croatian and international soloists will be performing both classical repertoire and fresh, new pieces – says Tomislav Fačini, Assistant Director for Music Programme. 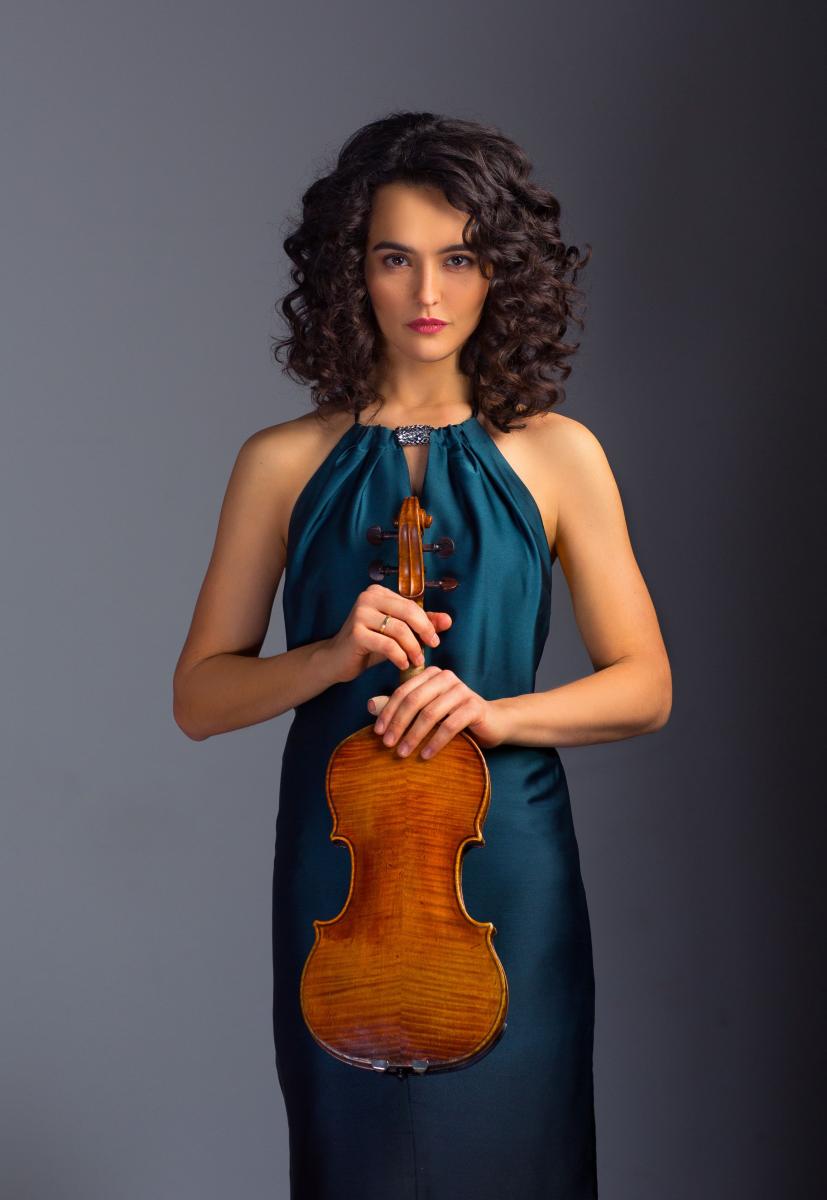 This summer, the 73rd Dubrovnik Summer Festival music programme includes performances of pianists Vadym Kholodenko, laureate of the Van Cliburn International Piano Competition, who regularly performs on world’s most prestigious stages, and Lovro Pogorelić, a musician with tremendous focus and energy, who will perform the original version of Liszt’s Transcedental Études. The programme also includes the performance of Russian violinist Alena Baeva, whose career is best portrayed not by the all the competitions she has won or musicians she has collaborated with, but the instruments she plays on, formerly Wieniawski’s Stradivari and currently a 1738 Guarneri del Gesu. Roman Simović returns to Dubrovnik Summer Festival with an exciting programme − Eugène Ysaÿe’s sonatas for solo violin. We will also enjoy the performance of the renowned Russian cellist Boris Andrianov, a versatile soloist and promoter of young musicians at the Mariinsky Theatre, also known to Croatian audiences as a winner of the Antonio Janigro International Cello Competition. For the third consecutive year, laureates of the Ferdo Livadić International Young Musicians Competition will present themselves at the Festival. This year, they are tenor Filip Filipović and flutist Lucija Stilinović. They will be accompanied by the Dubrovnik Symphony Orchestra, which will have two performances at the 73rd Dubrovnik Summer Festival under the baton of two different conductors, maestro Ivan Hut and the charismatic young chief conductor of the Zagreb Philharmonic Orchestra, Dawid Runtz. Celebrated guitarist and Decca and Deutsche Grammophon’s blockbuster, Miloš Karadaglić, will perform at the Rector’s Palace.

The Zagreb Quartet and their guests will be in charge of chamber music this year, and the audience can also enjoy the fourth edition of the concert programme Dubrovnik on a Rock of Music, with select Dubrovnik musicians and Dubravka Šeparović Mušović.

Claudio Monteverdi’s magnificent Vespro della beata Vergine from 1610, performed by the Antiphonus Vocal Ensemble, will evoke the Baroque, pre-earthquake splendour of Dubrovnik; the vocal part of the programme will be concluded by the gentle queen of spontaneity and warmth, Spanish soprano Nuria Rial.

This season, the Dubrovnik Summer Festival will premiere The Enchanted Forest, a musical stage piece for children based on eponymous novel by Sunčana Škrinjarić, which left its mark on an entire generation and continues to do so thanks to its contemporary theme. The novel explores the problems of ecology and brings into focus community as the basis of society, while the stage adaptation also includes intertwining of the real and fantasy world, relying on music, songs and choir. The novel is adapted for stage by Nikolina Refaj, Lea Anastazija Fleger is the director and Frano Đurović the composer of music for the play. 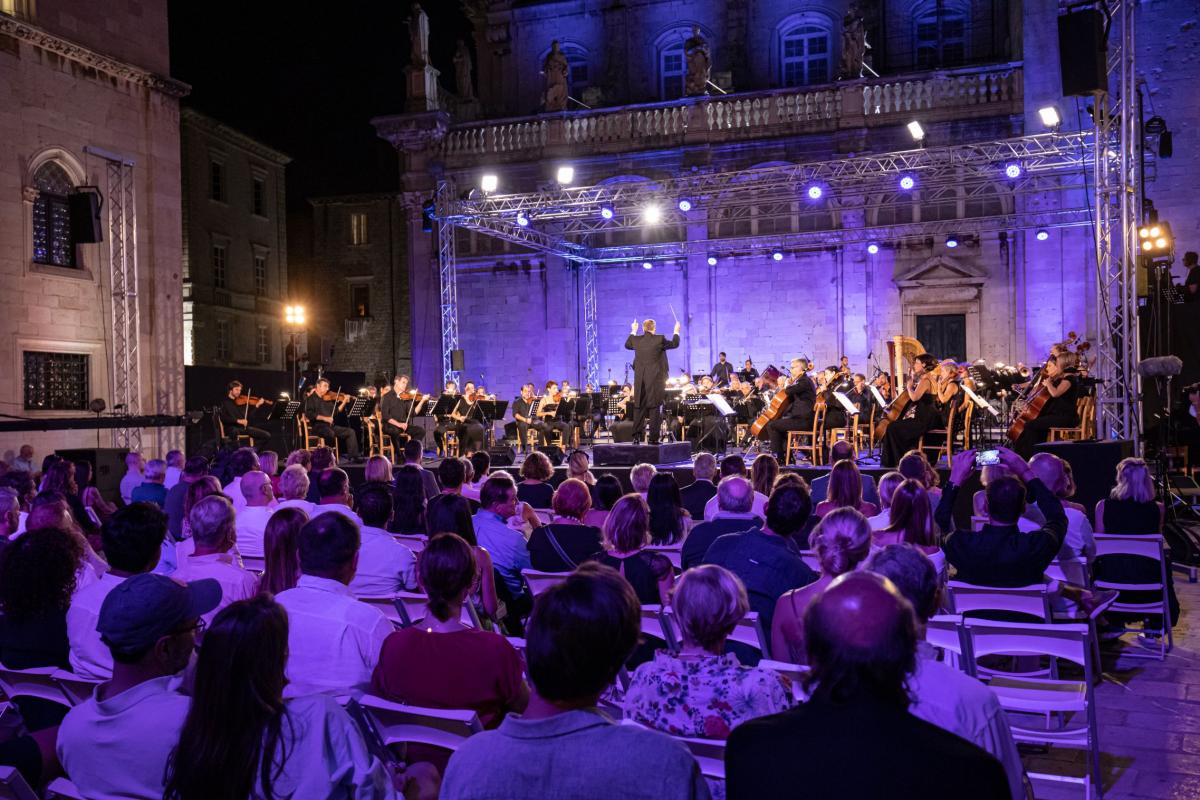 The Festival will traditionally close on 25 August with the concert of the Croatian Radio and Television Symphony Orchestra, conducted by Ivan Repušić, with the world-renowned young American soprano Nadine Sierra.

Alongside the Ministry of Culture and Media of the Republic of Croatia, the City of Dubrovnik and the Dubrovnik-Neretva County, the Dubrovnik Summer Festival is traditionally supported this year by the Caboga Stiftung Foundation and OTP Bank as well as its long-time sponsors Mastercard, Euroherc, ACI Club, ALH, Kraš, Croatia Airlines, Clara Stones, Farmacia, Orbico and others, which has enabled the realization of one of the most prestigious cultural events in Croatia