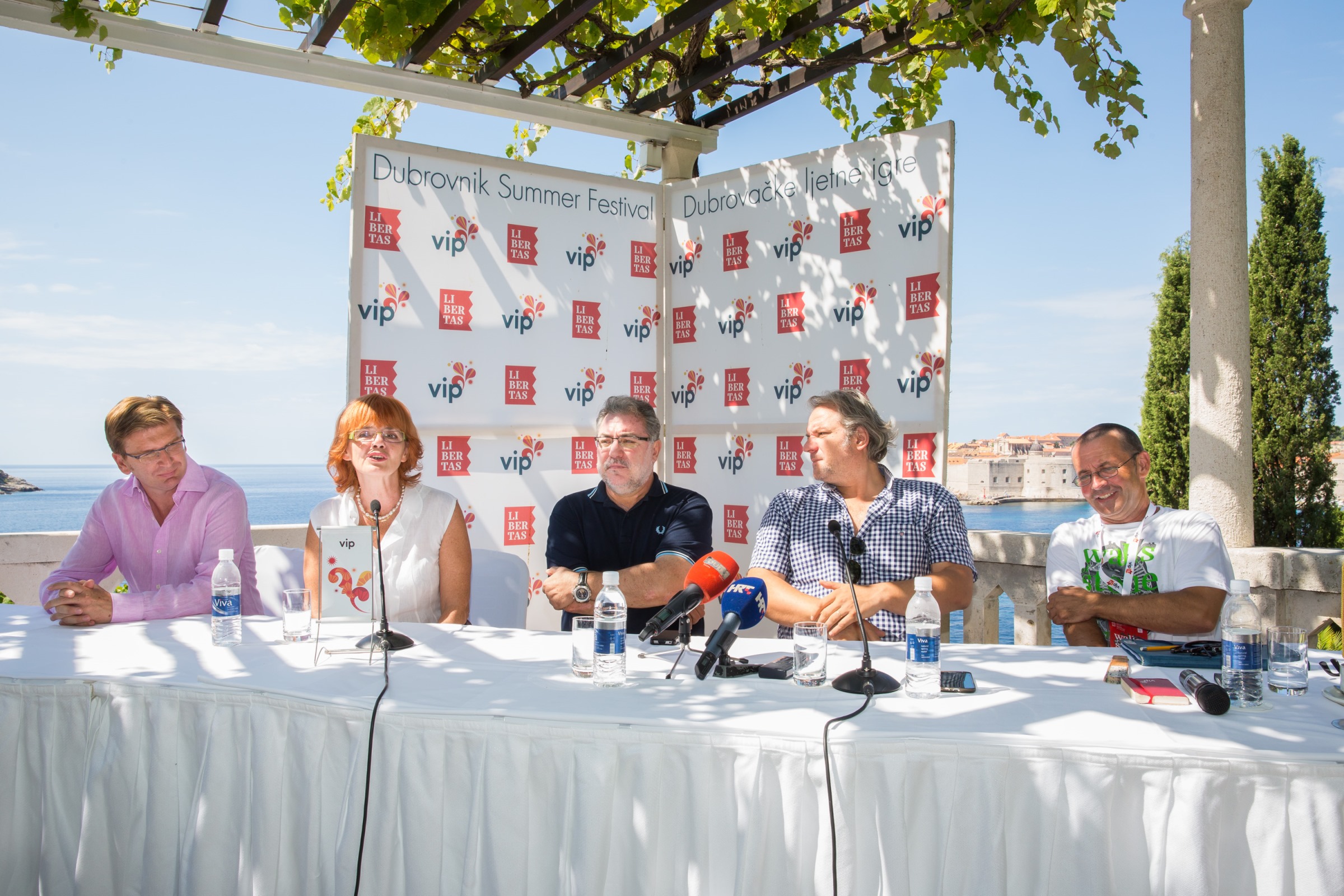 Just like during previous years, this year the Dubrovnik Summer Festival gathered almost 2000 artists from all around the world, which performed 79 drama, music, ballet, folklore, movie and art programs on 17 scenic and ambient locations in 47 days, from 10th July to 25th August. For this occasion, a press conference was held on the last day of this year’s Festival in Villa Orsula’s restaurant Victoria. The speakers were Deputy Mayor of Dubrovnik Željko Raguž, Deputy County Prefect of the Dubrovačko – neretvanska County Davorko Obuljen, Executive Director of the Festival Ivana Medo Bogdanović, Artistic Director Krešimir Dolenčić and Head of Corporate Communications at Vipnet Dubravka Jusić.

– I have to thank the Ministry of Culture, City of Dubrovnik, Dubrovačko - neretvanska County, general sponsor Vipnet and many other sponsors and donators: Siemens, Peugeot, Croatia Insurance, Gulliver Travel, Croatia Airlines, Viva water, HEP, OTP Bank, the Dubrovnik Airport, Atlantska Plovidba, Adriatic Luxury Hotels, Dubrovnik Museums, the State Archive, Cinematographers and other partners, all media representatives, artists and the citizens of Dubrovnik for their support and amazing cooperation. It is exactly because of this cooperation with partners, sponsors and donators, but also artists, which are aware of these difficult times for culture, that we managed to overcome certain financial challenges – as pointed out by Executive Director Ivana Medo Bogdanović at the beginning of the conference.

– Another successful edition of the Dubrovnik Summer Festival is behind us, with Vipnet in the role of the general sponsor for 14 years already. We are proud that this prestige cultural manifestation has once again thrilled many art lovers from all around the world. We believe that, with our special Vip program and innovative mobile applications, such as the Vip script or Vip DSF guide, we’ve managed to add to the experience of the Festival for the audience and visitors of Dubrovnik. Once again, the combination of the City’s tradition and new technologies has proven to be successful – said Dubravka Jusić, Head of Corporate Communications at Vipnet. 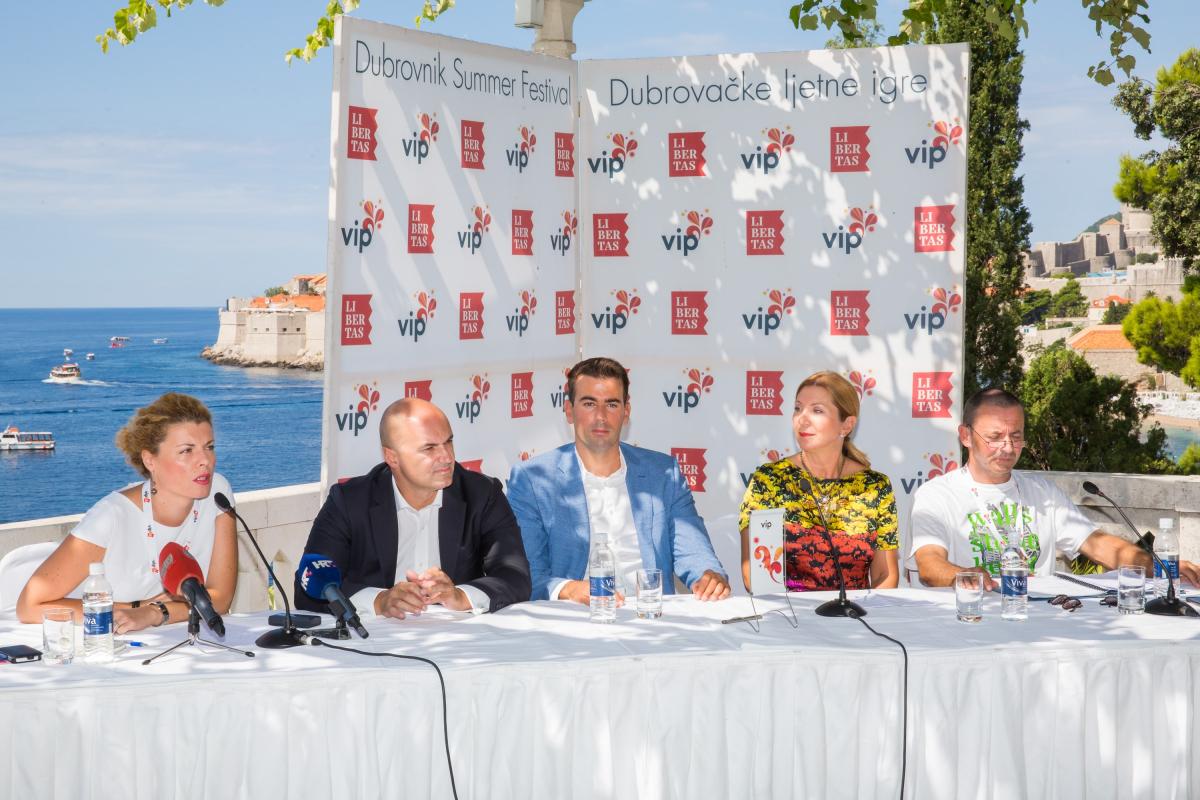 The premiere drama program of the 65th edition of the Dubrovnik Summer Festival was opened by Shakespeare’s Romeo and Juliet, directed by Jagoš Marković and performed by the Festival drama ensemble, in the renaissance Skočibuha Summer Residence on Boninovo, after almost 30 years since it’s last been used as a stage for the Festival. Dundo Maroje by Marin Držić, performed by the Festival’s drama ensemble and directed by Krešimir Dolenčić, had its premiere on the Držić Square. Both premieres were sold out days before the first performances, and were seen by over 6.500 visitors. Vojnović’s legendary Equinox, directed by Joško Juvančić and performed by the Festival’s drama ensemble on the Island of Lokrum drew the public’s attention once again. The Split Summer Festival had guest performances with its praised last year’s piece Timon of Athens by William Shakespeare, directed by Georgij Paro, as well as the Student Theater Lero with its newest piece Obscuration made after the writings of Ruđer and Anica Bošković. The Academy of Dramatic Art had a guest performance with its praised and awarded productions of Nalješković’s Comedy V and Moliere’s Tartuffe.

On the Victory and Homeland Thanksgiving Day, 5th of August, in the Aquarium, directed by Ante Vlahinić, parts from the War Diary by Džemila Bukovica were acted out, and last year’s successful project, realized in collaboration with the Croatian Writers Society, Writers at the Festival presented the Italian writer Alessandro Baricco this year, who held a literary evening, which was also the premiere presentation of this famous writer in Croatia. Parts from his novel Ocean Sea were also performed on the Šulić Beach, edited by Mani Gotovac, performed by the Croatian National Theater in Varaždin and supported by the Italian Institute for Culture in Zagreb. The audience also had the chance to see Arsen Dedić with a program named Writer of All Genres in the Rector’s Palace Atrium, Ivan Vidić with his novella At the Pearly Gates, staged by Paolo Tišljarić, and Ivo Brešan with his tale Without Reflection, staged by Vinko Brešan in the Sponza Palace Atrium.

In co-production with the Dubrovnik Summer Festival, the Ljubljana Festival and the Slovene National Theater in Maribor, the Neo-baroque ballet Dangerous Liaisons was performed for the very first time with great success, based on motives from the novel Les Liaisons dangereuses by Pierre Choderlos de Laclos and choreographed and directed by Valentina Turcu  and Leo Mujić on the Bošković Square.

As part of the music program, 21 various concerts were held, offering interesting creations not only in the field of classical music, but also of crossovers and jazz, and the Rector’s Palace atrium was filled mostly with Baroque music and its contemporary reflections this year. The Italian Baroque was represented by the Concerto de’ Cavalieri ensemble, under the artistic leadership of Marcello di Lisa with the Erminia, Tancredi, Polidoro e Pastore serenade by Alessandro Scarlatti, while the German Baroque was represented by one of the most famous world’s orchestras – the Bach Orchestra of the Gewandhaus Leipzig – performing all six Bach’s Brandenburg Concertos.

The music program will be concluded by the Opera Gala concert, featuring the Zagreb Philharmonic conducted by maestro Ivo Lipanović, with the world’s leading baritone Željko Lučić and soprano Lana Kos, as part of the Vip program and in cooperation with the City of Zagreb. For this occasion, Deputy Mayor of Zagreb Vesna Kusin took part in today’s press conference, greeting everyone in the name of the Mayor of Zagreb, Milan Bandić, and added that she hopes that the beautiful tradition of collaboration between the City of Zagreb and the Zagreb Philharmonic will continue. The Director of the Philharmonic, Mirko Boch, also took part in the conference, as well as maestro Ivo Lipanović and Željko Lučić. The concert will begin tonight, 25th August, at 10 p.m. in front of Saint Blaise’s church, and after it, the official Orlando Award ceremony for best drama and music program achievements will take place, followed by the closing ceremony of the 65th Festival.

As a part of the off-program, the monograph of Neva Rošić was presented, published by the Dubrovnik Summer Festival, as well as the scientific monograph of the Cathedral of the Assumption of the Virgin Mary, and the book The Old Dubrovnik Language – a Linguistic Analysis of Dubrovnik’s Adaptations of the French Comedies by Ivana Lovrić. A great retrospective exhibition was opened, occasioned by the 65th anniversary of the Festival, named Memory Creators – Dubrovnik Sumer Festival’s Photographers and Designers, in collaboration with the Museum of Arts and Crafts in Zagreb and with the support of the State Archive in Dubrovnik. Another exhibition was launched, the works of academic painter Ivo Grbić, named Portraits from the Festival. Within the film program, numerous titles were screened in the summer cinema Jadran, including winning domestic movies from the Pula Film Festival, while the cooperation of the Croatian radiotelevision and the Festival brought the public a number of documentaries and feature movies, which were shown for free in the summer cinema Slavica. Traditionally, the program was enriched by performances of the folklore ensembles Linđo and Lado on the Fort Revelin terrace.

The Festival has recorded an increase in ticket sales via internet by 23% compared to last year, via agencies by 6%. From 1st July to 24th August, the acclaimed Google Analytics methodology has recorded 30.000 unique visits from 103 countries. Great interest from both domestic and foreign media has resulted in almost 2000 media publications, while over 193 representatives of domestic and foreign media acquired accreditations in the press office. 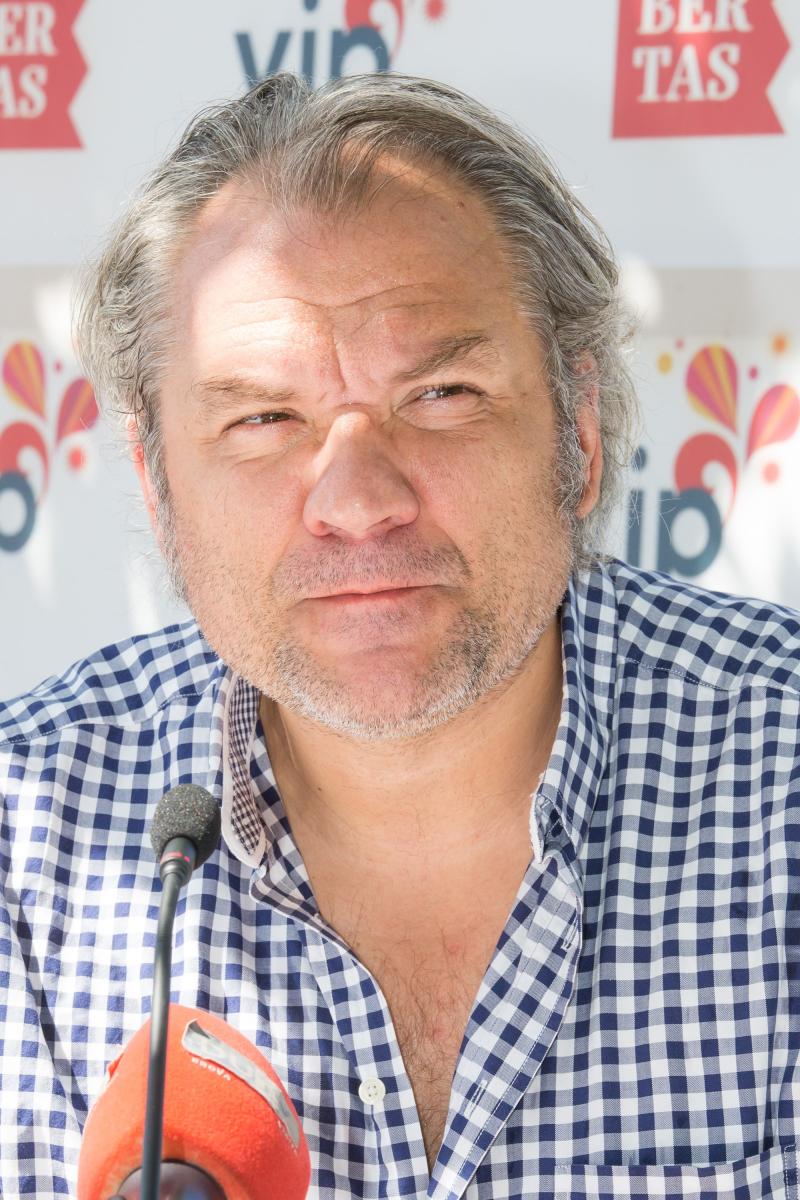