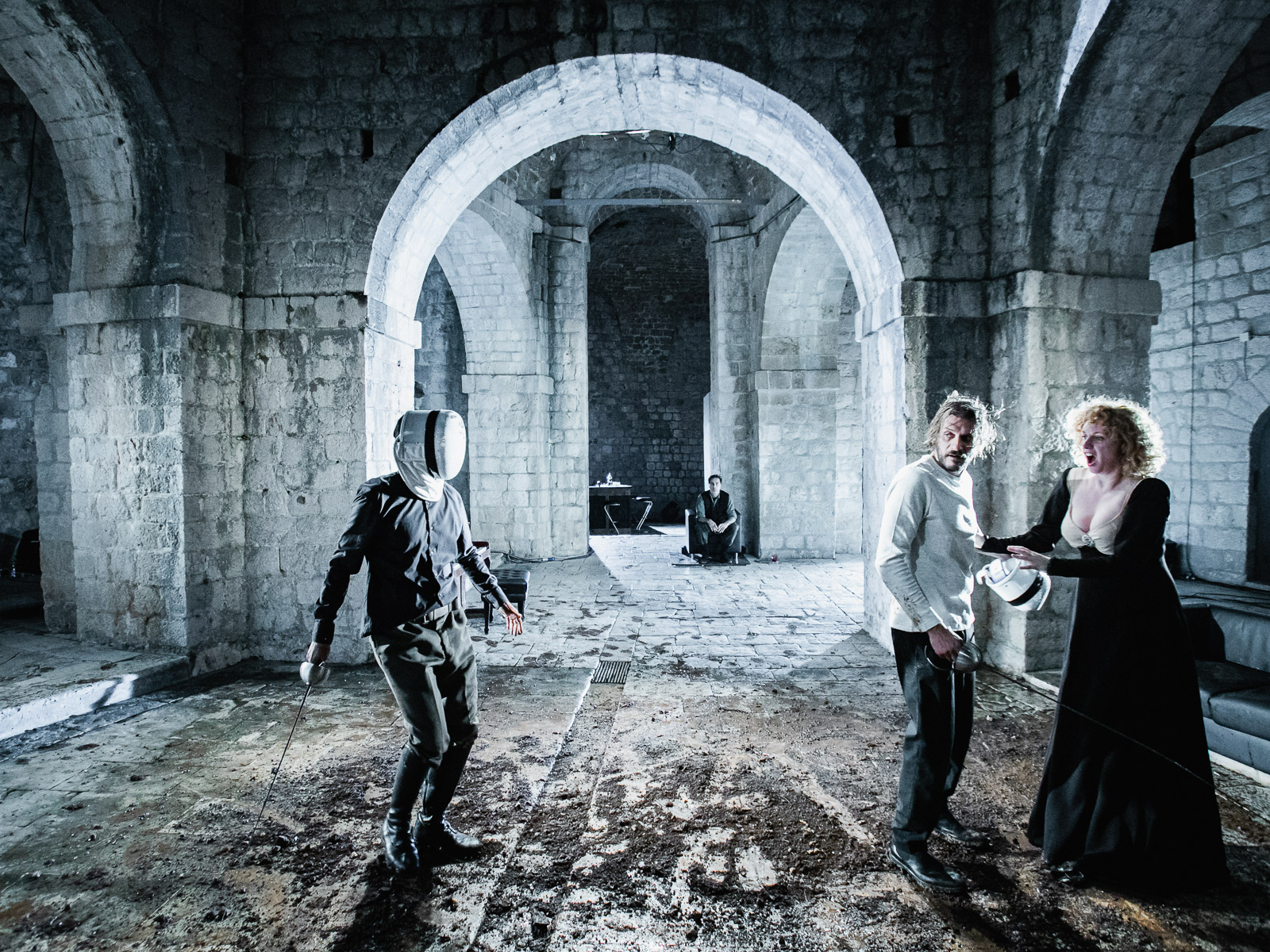 The acclaimed premiere title of the anniversary 70th Dubrovnik Summer Festival, a Paolo Magelli take on Shakespeare’s Hamlet, performed by the Festival Drama Ensemble returns again to the Lovrjenac Fort and will be played there on 21, 22, 23 and 24 July at 9.30pm as part of the 72nd Festival and its drama programme. All dates have been sold out. 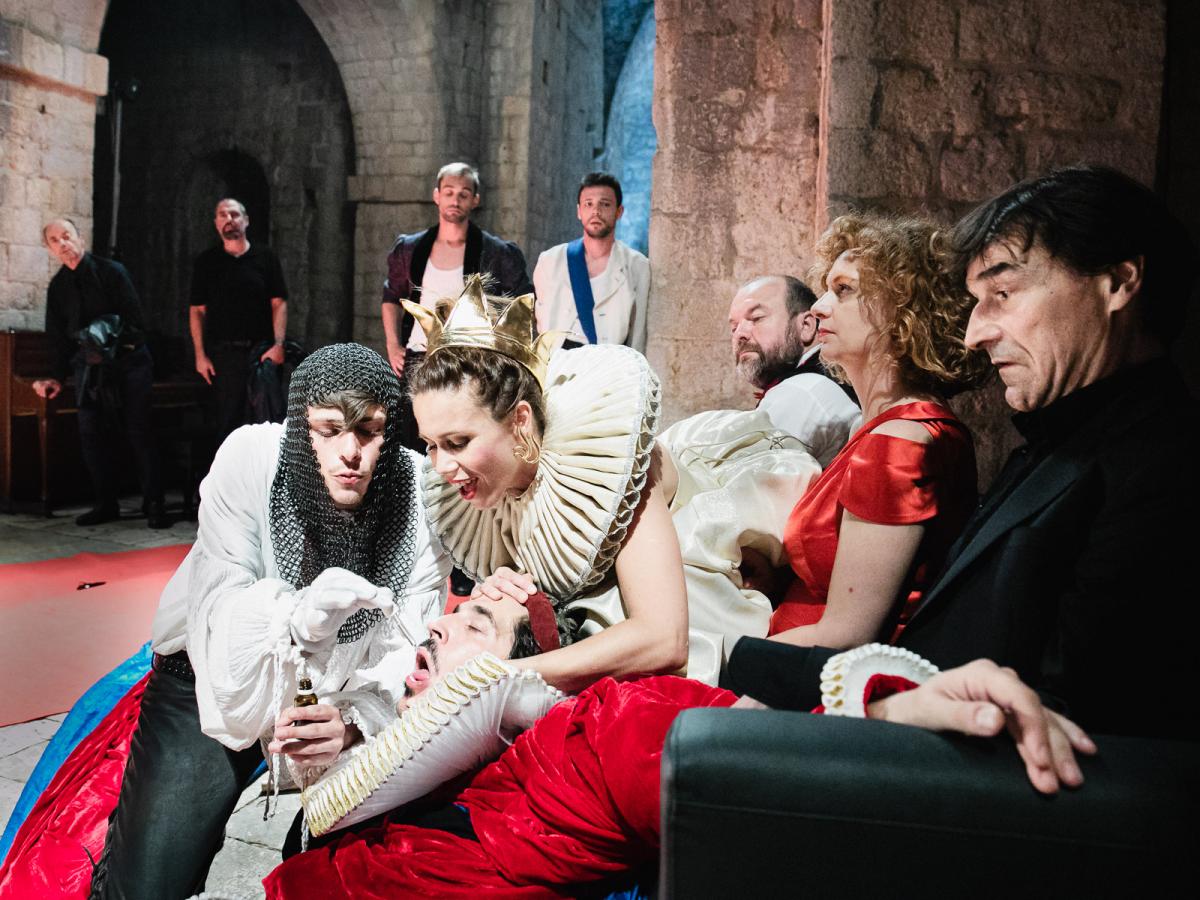 The 70th Festival saw the long awaited return of Hamlet after almost ten years of not being a programme title. The sought-out production also received critical acclaim, winning the prestigious media award Zlatni Studio for best play, while Frano Mašković who is the first Dubrovnik actor to play the Danish prince has won the same award for best theatre actor for his outstanding performance. The rest of the always great Festival Drama Ensemble include Milan Pleština as the king, Nikša Butijer as Polonius, Ermin Bravo as Horatio, Ugo Korani as Laertes, Enes Vejzović and Pjer Meničanin play Rosencrantz and Guildenstern, while Ranko Zidarić is Fortinbras. Nina Violić will again play Gertrude and Anđela Ramljak Ophelia. They are joined by, as actors, soldiers and gravediggers: Hrvojka Begović, Domagoj Janković, Matija Čigir, Bernard Tomić, Karlo Mrkša and Pavle Vrkljan. The director Paolo Magelli made his Festival debut in 1974 – the Festival’s silver jubilee – with Mandragola and then followed with the central Festival productions of the Phoenetian Women on Lovrjenac to which he now returns with Hamlet, Držić’s Uncle Maroye, Grižula and many others. In 2019, 45 years later, he returned Lovrjenac to direct a title he had been refusing to tackle for a long time. The adaptation and dramaturgy based on the Vladimir Gerić translation of Shakespeare was done by Željka Udovičić Pleština, while set design is done by Lorenzo Banci, costumes by Leo Kulaš, music by Ljupče Konstantinov, video production by Ivan Marušić Klif and lighting design by Aleksandar Čavlek and Marko Mijatović. Lovro Buva taught the actors swordsmanship. Assistants to the creative team are Tamara Damjanović, Ana Fucijaš and Miran Brautović, while Roko Grbin is in charge of stage management. 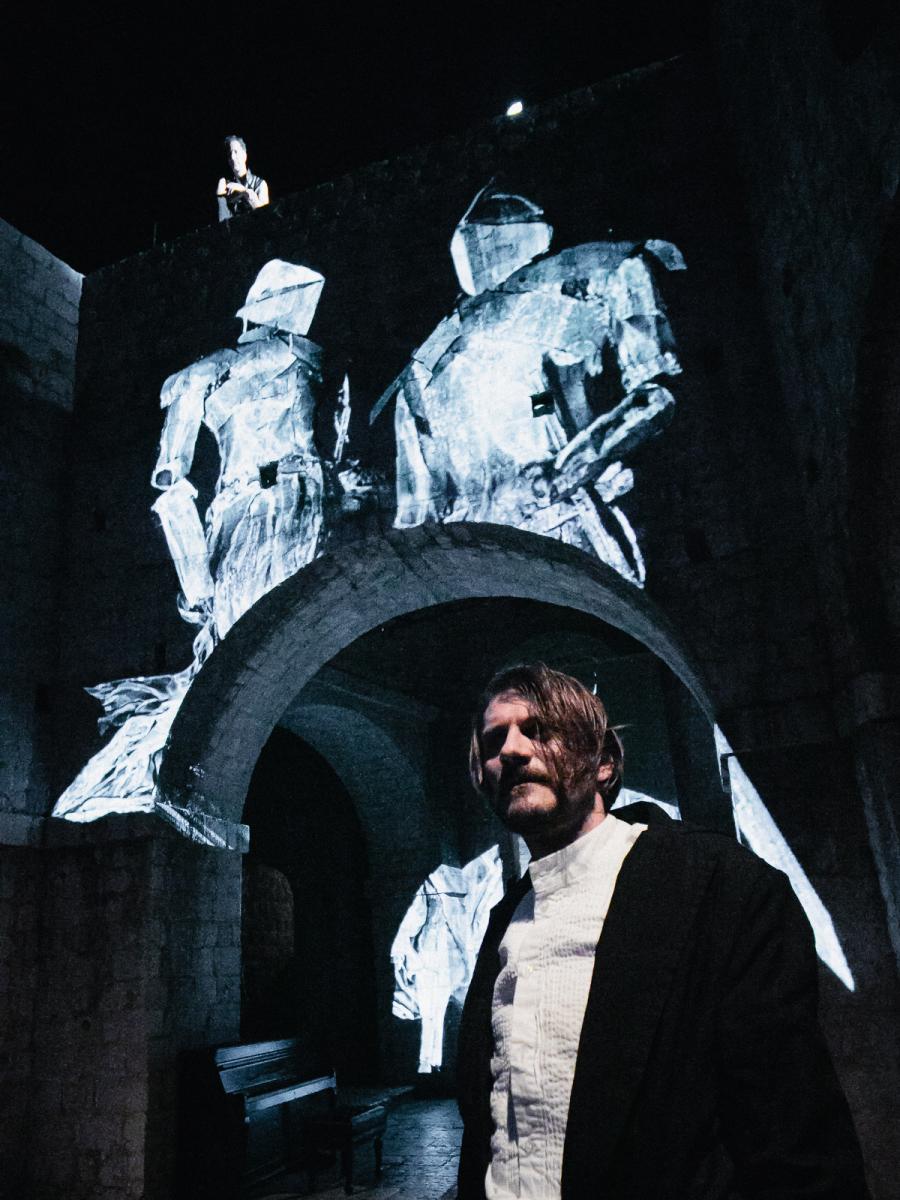 All 72nd Dubrovnik Summer Festival programmes are certified as safe gatherings, meaning the events will be organized according to current rules and recommendations by the national and local Civil Protection Headquarters and the World Health Organization, according to which maintaining physical distance of one seat with compulsory face masks has been deemed sufficient for audiences at low-risk events and the attendees are not obligated to present their EU digital COVID pass.