Acclaimed Schumann Quartet at the Rector's Palace on Sunday 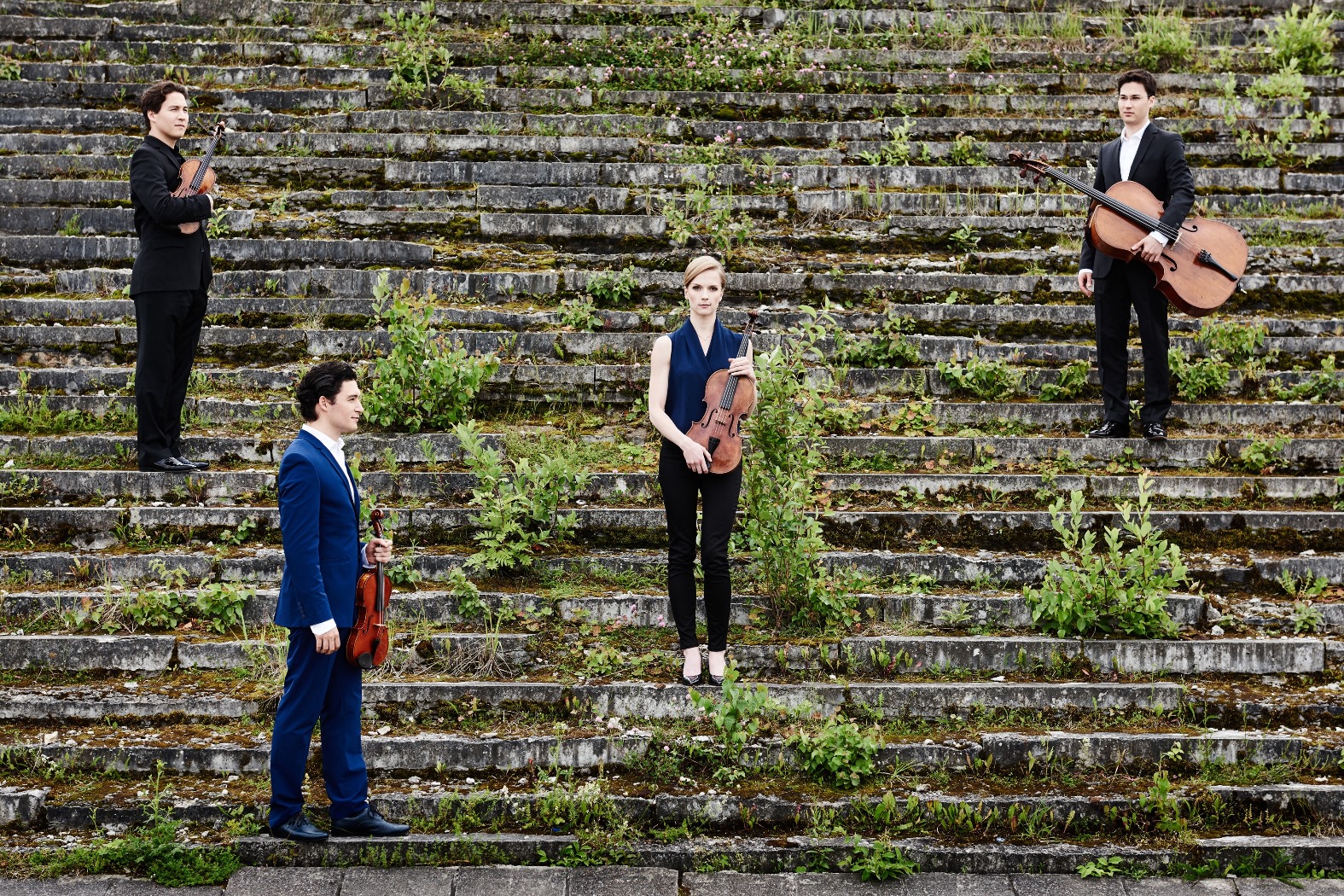 Schumann Quartet will continue the music program of the Dubrovnik Summer Festival on Sunday, July 22nd, at 9.30 pm at the atrium of the Rector’s Palace. Violinists Erik and Ken Schumann, violinist Liisa Randalu and cellist Mark Schumann make this acclaimed and award-winning quartet, who will perform the works of Haydn, Takemitsu and Schubert in front of the Festival audience.

"Personal and profound" (BBC Music Magazine): "With no ifs or buts, the 'Schumanns' are among the best quartets in the world" (SZ) and certainly "one of the most exciting string quartets of the present day" (Fono Forum) – this is how this ensemble is decribed. With a lot of charm, they avoid any attempt to categorize their sound, access to music or style, letting their music speak for itself, and the Festival audience will be able to experience that in the ambience of the Rector's Palace with a varied concert program. They will play: Haydn: Streichquartett op. 76 n°4 in B-Dur «Sonnenaufgang» (24'), Takemitsu: Landscape I für Streichquartett (8') and Schubert: Quartett d-moll D 810 "Tod und das Mädchen" (41')

The Schumann Quartet is currently in a three-year resident engagement at the Chamber Music Society in New York's Lincoln Center, which began in December 2016. They are expected to perform at the American tour and at festivals in South America, Italy and Switzerland and at the Salzburg Mozart Week Festival. They will also hold concerts in music centers such as London, Hamburg, Berlin, Amsterdam, Florence and Paris. They will perform as the ‘star’ of the Mozartfest ' in Würzburg, as well as the concert series 'Oraniensteiner Konzerte', and will also hold two concerts as part of their long-term resident engagement in the Robert-Schumann-Saal hall in Düsseldorf. Sabine Meyer, Menahem Pressler, Albrecht Mayer, Kit Armstrong, Edgar Moreau and Anna Lucia Richter are just some of the artists with whom this quartet is currently performing. On their latest album called "Landscapes", the quartet returns to their own roots by performing works by Haydn, Bartók, Takemitsu and Pärta. Received with enthusiasm both at home and abroad, the album has won numerous awards, such as German Recognition Award and five Diapason Awards, and BBC Music Magazine has included it in Editor's Choice. For their previous CD "Mozart / Ives / Verdi", Schumann Quartet won the "Newcomer Award" in 2016 at the BBC Music Magazine's award ceremony in London.

The tickets for the concert are available online and at the Box Office in the Festival Palace (Od Sigurate 1), every day from 9 am to 9.30 pm and at the entrance, in front of the Rector’s Palace, two hours before the concert.