All Set for the 73rd Festival Opening Ceremony

Home/ News/ All Set for the 73rd Festival Opening Ceremony 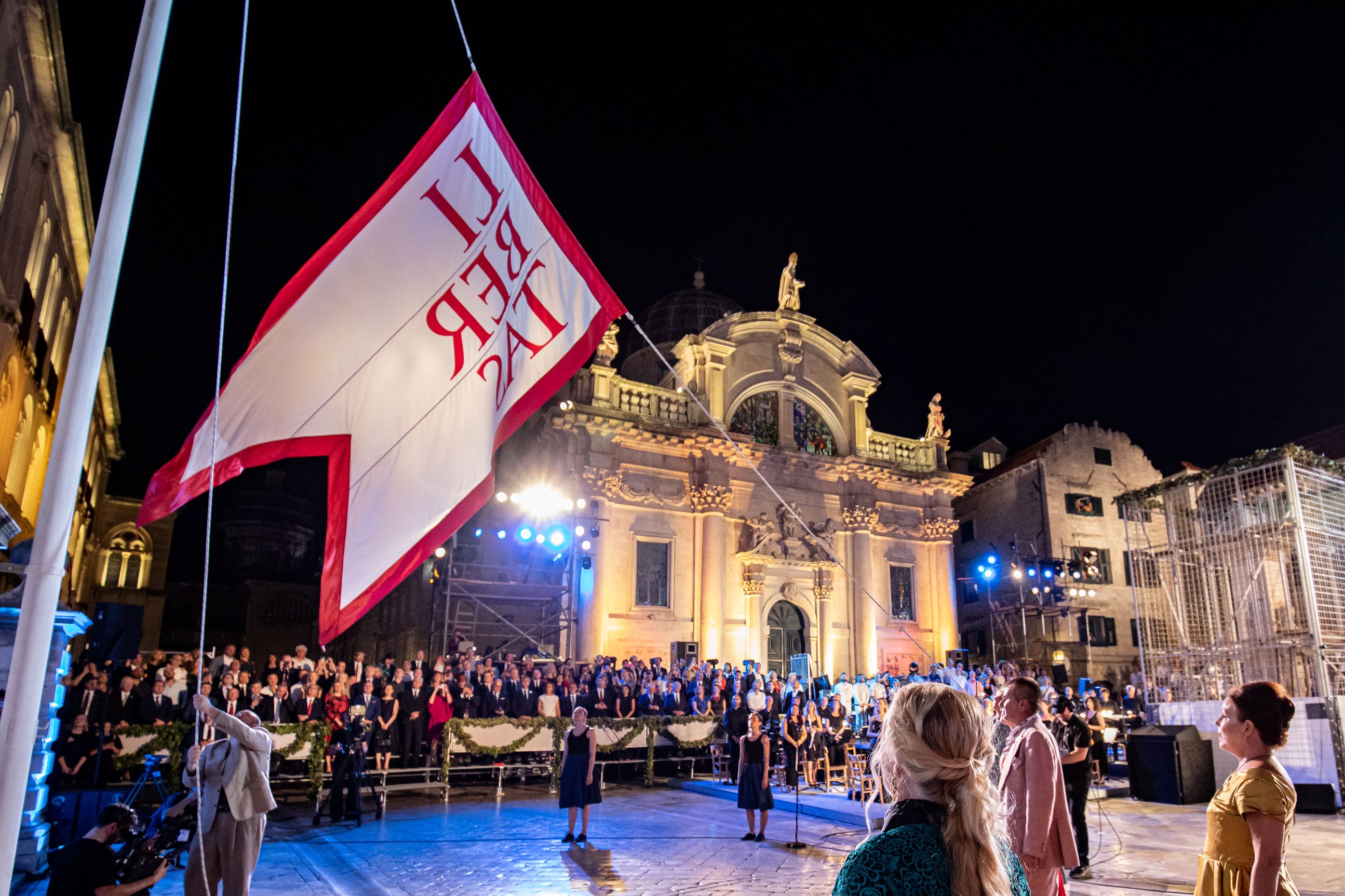 The traditional raising of the Libertas flag to the verses of Ivan Gundulić’s Hymn to Liberty in front of St. Blaise’s Church, on 10 July at 9 p.m., will mark the start of the 73rd Dubrovnik Summer Festival, open from 10 July to 25 August with performances staged on almost twenty site-specific locations in Dubrovnik.

– The opening ceremony is always a great honour and a great responsibility. It is something that is eagerly awaited, in Dubrovnik, as well as in the rest of Croatia. It is my pleasure, after two years of the opening ceremonies not being in at their full capacities, that this year we have the orchestra, the choirs and a large team of amazing actors who will be entering the City – points out the director of the grand opening Aida Bukvić, who also wrote the script for the ceremony along with dramaturge Marijana Fumić.

The ceremony will feature, under the baton of maestro Ivan Hut, the soprano Kristina Kolar, the Dubrovnik Symphony Orchestra, Pro musica Mostar Academic Choir, Libertas Mixed Choir, Dubrovnik Chamber Choir and Blasius Choir, with the Festival Drama Ensemble joined in their performance by the Acting students of the Zagreb Academy of Dramatic Arts as well as the Linđo Folklore Ensemble. The end of the festivities will bring a fireworks show, starting sometimes after 10 p.m.

Alongside the large audience and important dignitaries gathered in front of St. Blaise’s, the grand opening ceremony of the 73rd Festival will be broadcast live by the HR Radio Dubrovnik and the Channel 1 of Croatian Radio for their listeners to join in the joy, with the viewers of Croatian Radio and Television’s Channel for whom, as is tradition, the broadcast will also be aired. The 47 days of the upcoming festival season will bring more than 60 drama, music, folklore and other events on almost 20 site-specific locations.

Always an especially curious festival tradition ahead of the formal opening is followed with great interest by numerous citizens of Dubrovnik and their guests – the midnight dress rehearsal, which will be held tonight, 9 July, exactly at 12 a.m.