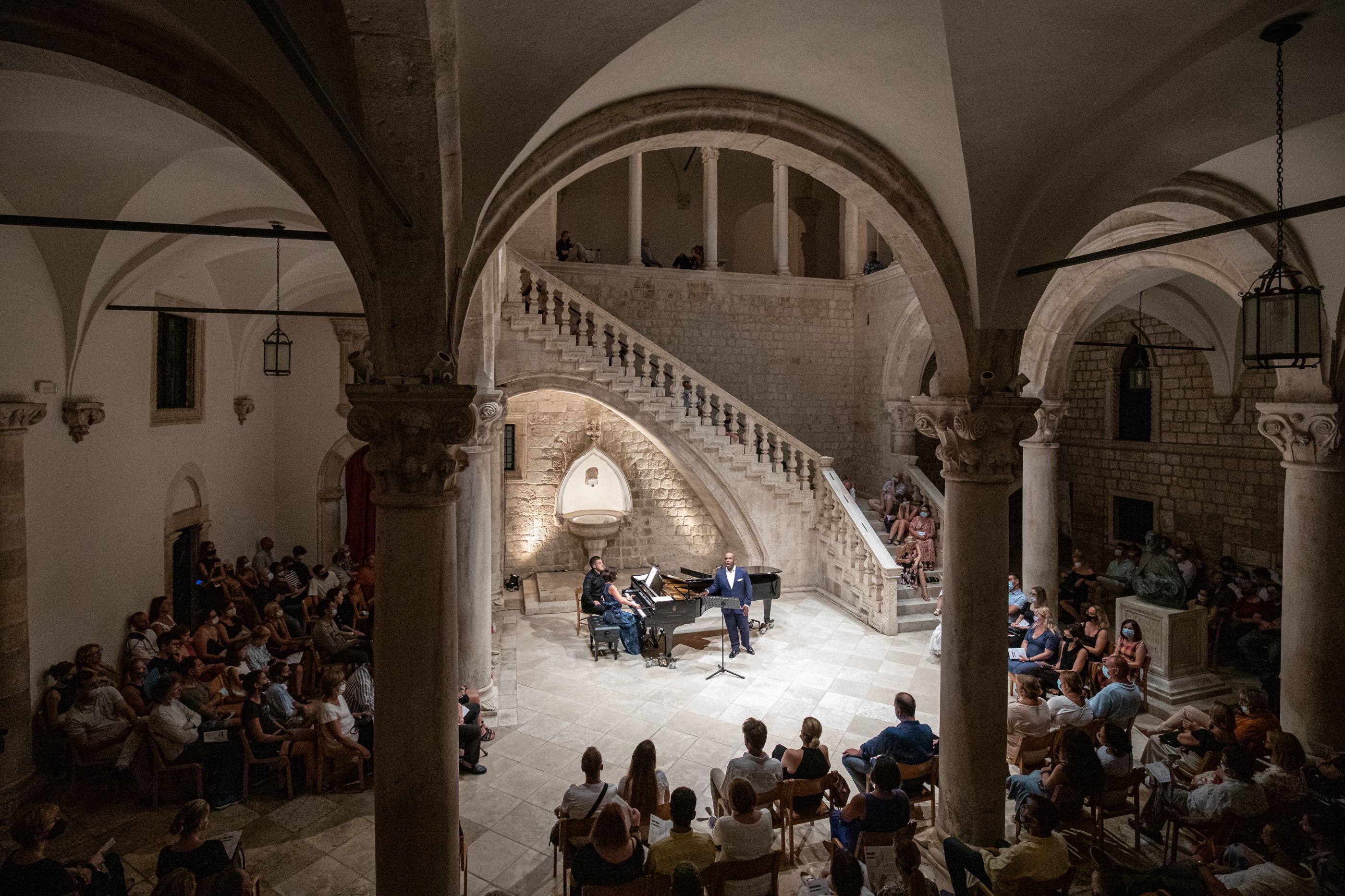 Leading American tenor and bel canto star Lawrence Brownlee, along with pianist Vesna Podrug Kossjanenko, wowed the Festival audiences last night, 6 August in the packed atrium of the Rector’s Palace in one of the most eagerly awaited concerts at the 72nd Dubrovnik Summer Festival. 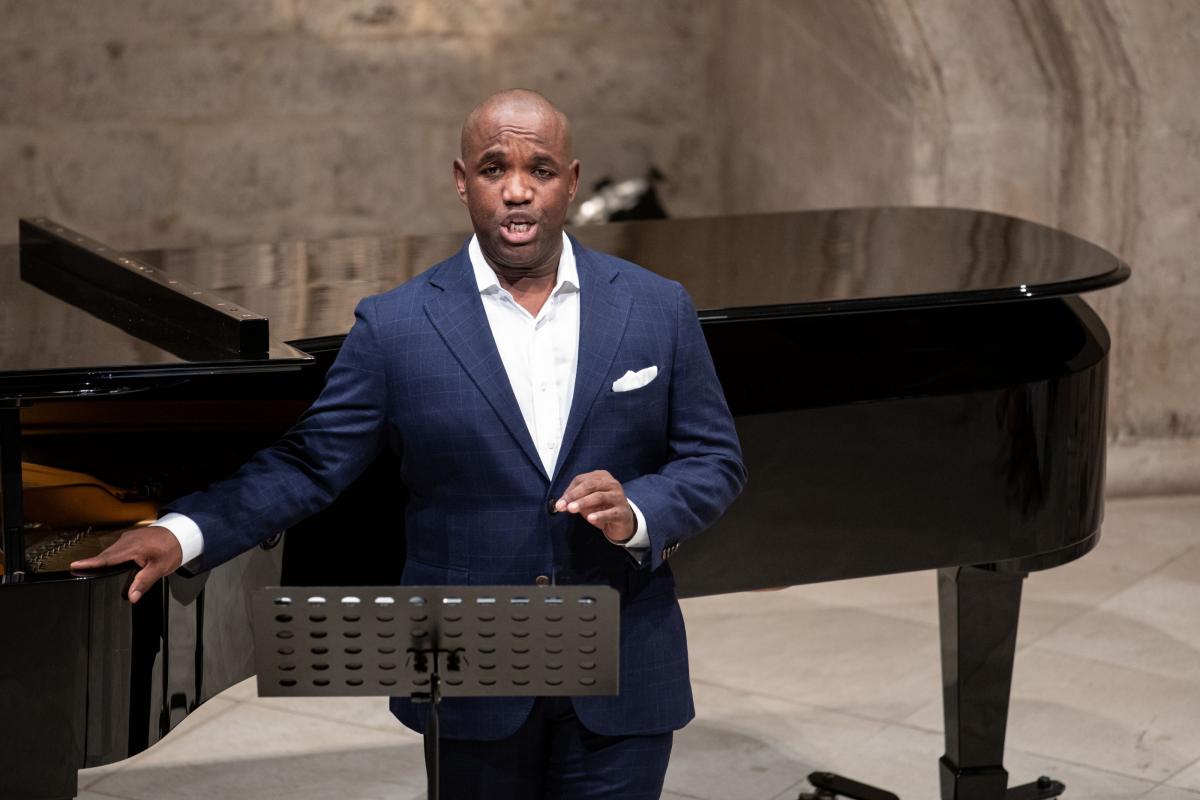 In his first performance not only at the Festival but in this corner of Europe, Lawrence Brownlee, known for his peerless interpretations of Donizetti and Rossini, has shown all the decadence and power of the human voice in his especially lyrical and fastidious performance of technically challenging runs, singing them with an ease of a true master of his art. Embodying every note and word of a repertoire he said is close to his heart, Brownlee barely even had to look at the notes, all the emotions expressed clearly on his face and coursing through every gesture. The evening began with Verdi’s solo songs: the rapturous Ad una stella, cheerful jig Lo spazzacamino, sentimental Il tramonto and a merry drinking song titled Brindisi followed by a ballad tone set by Liszt’s Three Petrarch sonnets, which was again contrasted by the lively tarantella La danza from Rossini’s musical soirée collection. The second half of the programme saw Brownlee perform arias from Donizetti’s operas: Spirto gentil from La favorite (The Favourite), Una furtiva lacrima from L’elisir d’amore (The Elixir of Love) and Ah, mes amis from La fille du regiment (The Daughter of the Regiment). Ending the evening on a high note, Brownlee sang Canzoni napoletane or Neapolitan songs which included the always popular O sole mio. The superb American tenor won the audience over with a first-rate vocal performance, excellent diction, cheerful energy and openness – communicating happily with the audience about the pieces he is performing, about himself and Dubrovnik, praising the city’s rich history and stunning beauty calling it a “goldmine”. Superb piano accompaniment by Vesna Podrug Kossjanenko complimented Brownlee’s elegant tenor perfectly and the audience couldn’t contain their delight, giving a deservedly lengthy applause. The evening ended on a high note with two quintessentially American musical additions, Mario Lanza hits from the 1950s Because and the popular tune Be my love from the film The Toast of New Orleans. 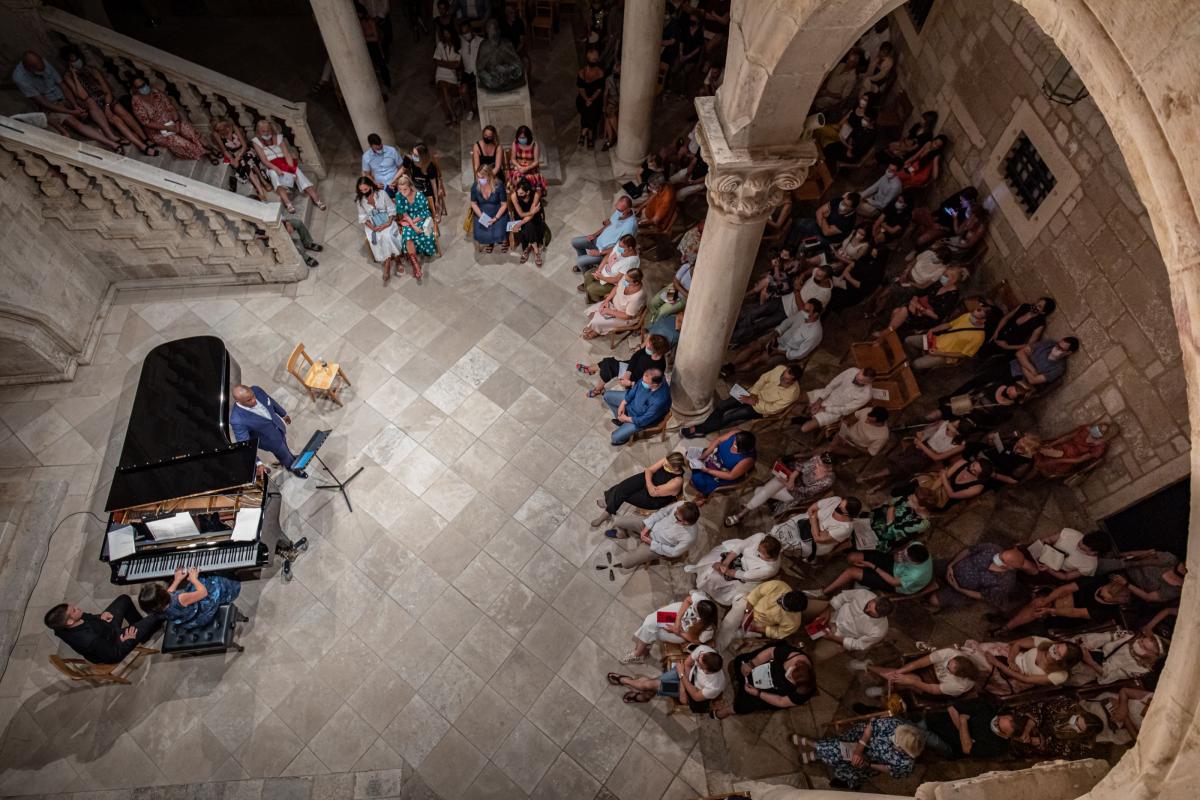 The next Rector’s Palace concert is set for Tuesday, 10 August at 9.30pm when the unique programme “Dubrovnik on a Rock of Music” will gather an exciting ensemble of top Dubrovnik musicians under the baton of mo. Tomislav Fačini. The soloist of the evening are Lovro Merčep on saxophone, Marija Grazio on piano and mezzosoprano Dubravka Šeparović Mušović, performing pieces by Debussy, Ibert, Đurović and Mahler.