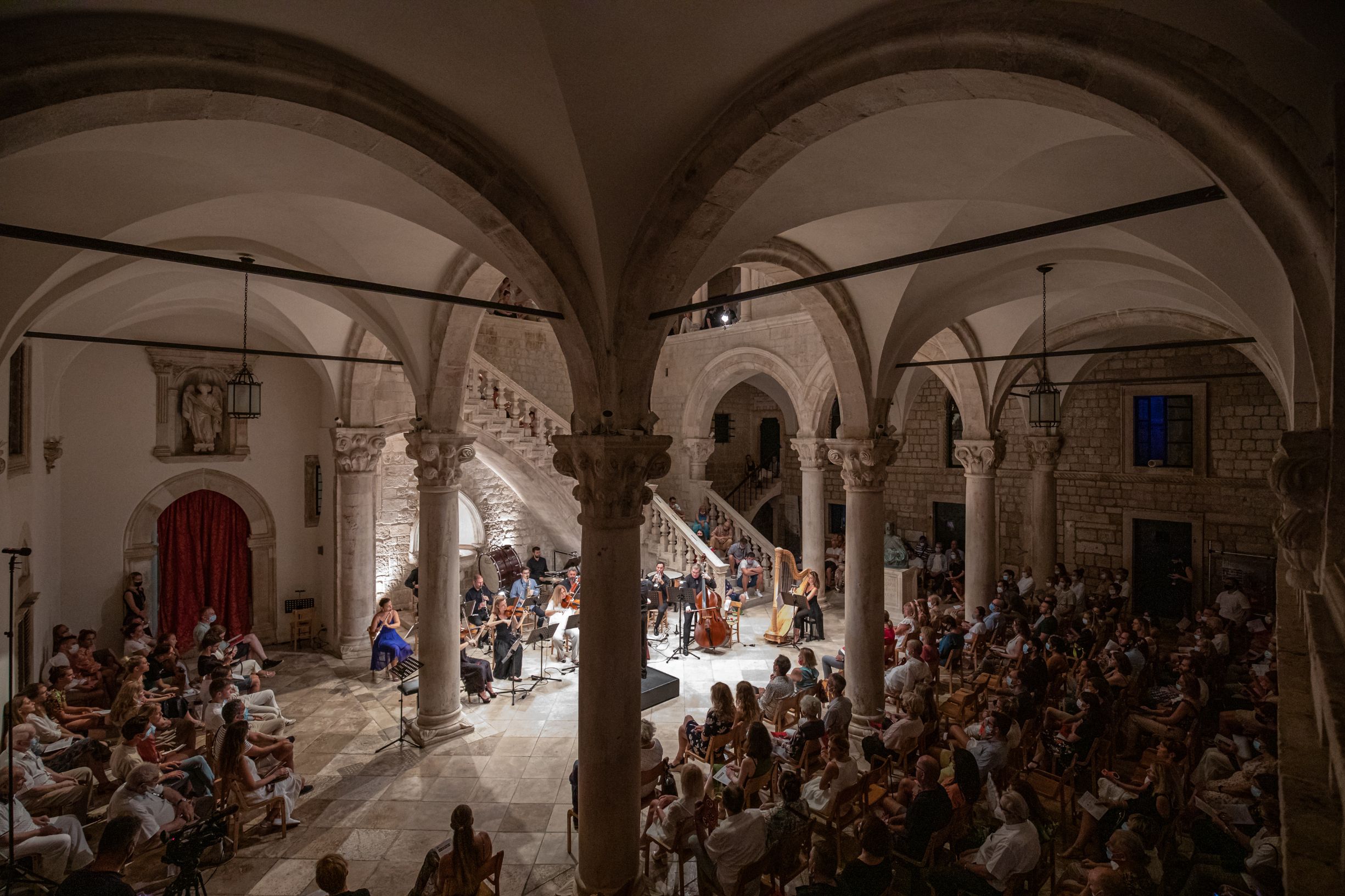 The unique programme, supported by the Caboga Stiftung foundation, Dubrovnik on a Rock of Music gathered top Dubrovnik musicians last night, 10 August, in the Rector’s Palace atrium under the baton of maestro Tomislav Fačini. The masterful ensemble and marvelous soloists Lovro Merčep on saxophone, pianist Marija Grazio and mezzosoprano Dubravka Šeparović Mušović, with their exceptional interpretation of the evening’s choice repertoire consisting of works by Debussy, Ibert, Đurović and Mahler, surpassed all the high expectations thrilling the crowd in the packed Rector’s Palace. 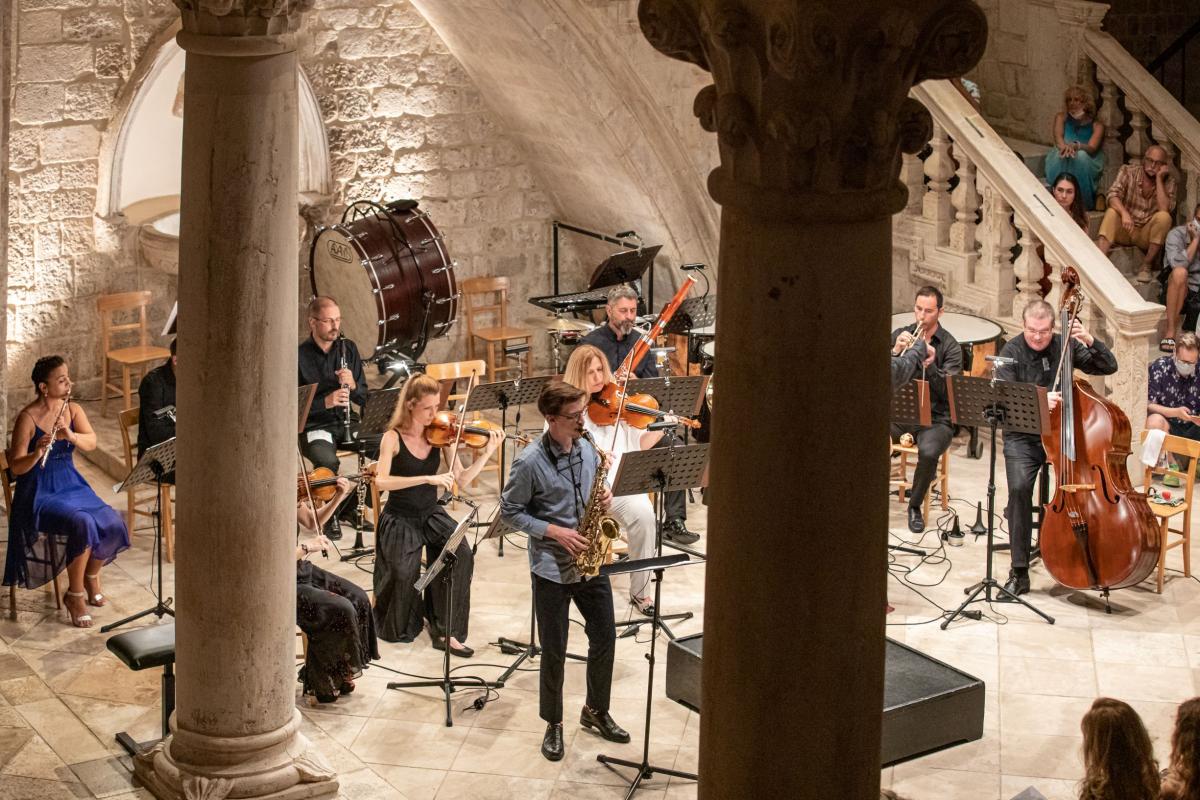 Dubrovnik Summer Festival’s Assistant Director for the music programme and the conductor of the concert, Tomislav Fačini said that he hoped this year’s edition of Dubrovnik on a Rock of Music will uphold the high standards set by the previous year’s programme and “spark a few flames in the audience”. It is easy to see that those high standards were not only met but surpassed by the virtuosos in the audiences’ reactions, who gave long applause after each piece calling the soloists and maestro to bow with delighted shouts of Bravi! The flames Fačini hoped to spark were ignited by the intriguing repertoire of colorful music pieces, starting with Claude Debussy’s Prelude to the Afternoon of a Faun, as arranged by Tomislav Fačini, the influential work which “which marked the birth of the 20th century music”. The young yet already internationally acclaimed saxophonist Lovro Merčep triumphed in his performance of the technically difficult Jacques Ibert Concertino da camera which nonetheless had a distinct spirited jazz and blues undertone. Frano Đurović dedicated his Piano concerto to multiple award-winning virtuoso pianist Marija Grazio who performed it for the Dubrovnik audience in the second part of the evening, bringing a fine contemporary touch to the repertoire. Clear diction, powerful yet limber voice with refined expressiveness of mezzosoprano Dubravka Šeparović Mušović who performed Lieder eines fahrenden Gesellen, or Songs of a Wayfarer by Gustav Mahler, to whose opus the singer is especially dedicated, impressed everyone in the Rector’s Palace. Tomislav Fačini also did the arrangement for the aforementioned piece, both arrangements being written specifically for the marvelous soloists and equally masterful ensemble who more than held their own last night: Mirabai Weismehl and Tara Horvat violin, Lidija Martinović viola, Vanda Đanić cello, Denis Ajduković double-bass, Ivan Kušelj trumpet, Toni Kursar horn, Matija Novaković bassoon, Đive Kušelj flute, Antonio Haller oboe/cor anglais, Stijepo Medo clarinet, Veronika Ćiković harp, Stjepan Vuger accordion, Karmen Pervitić and Fran Krsto Šercar on percussions. 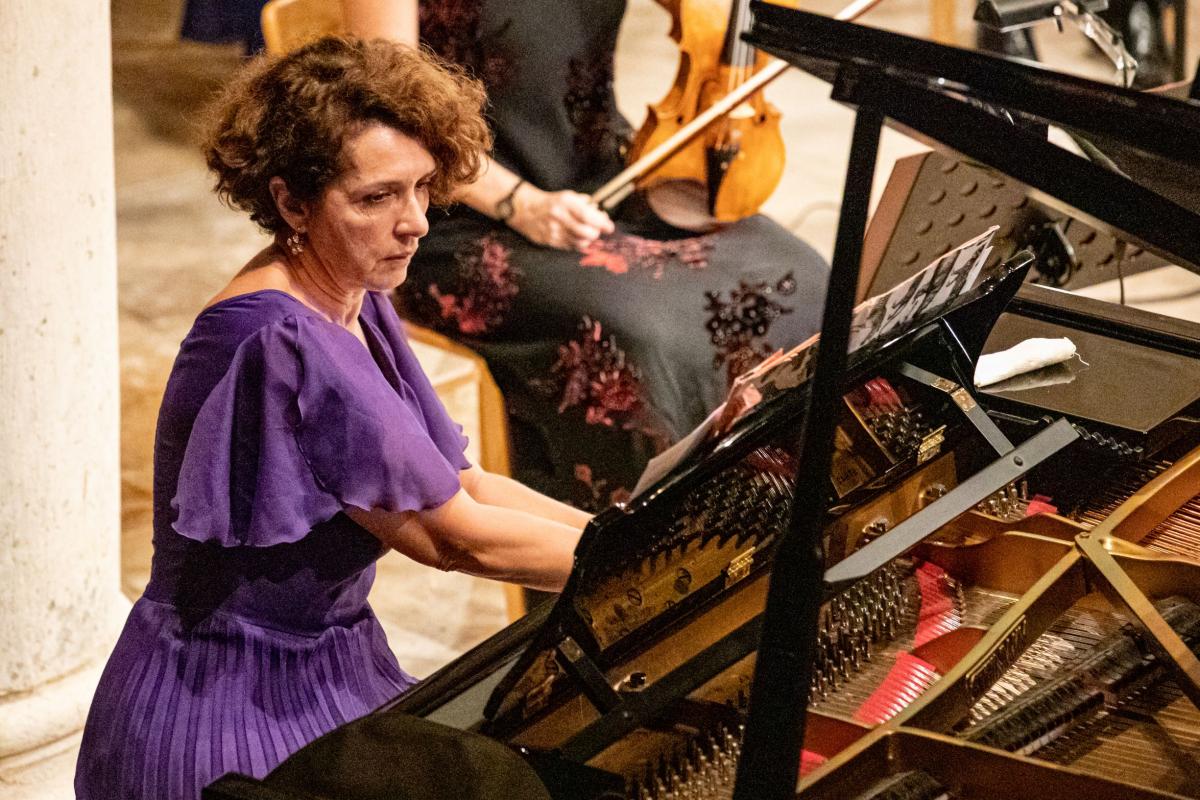 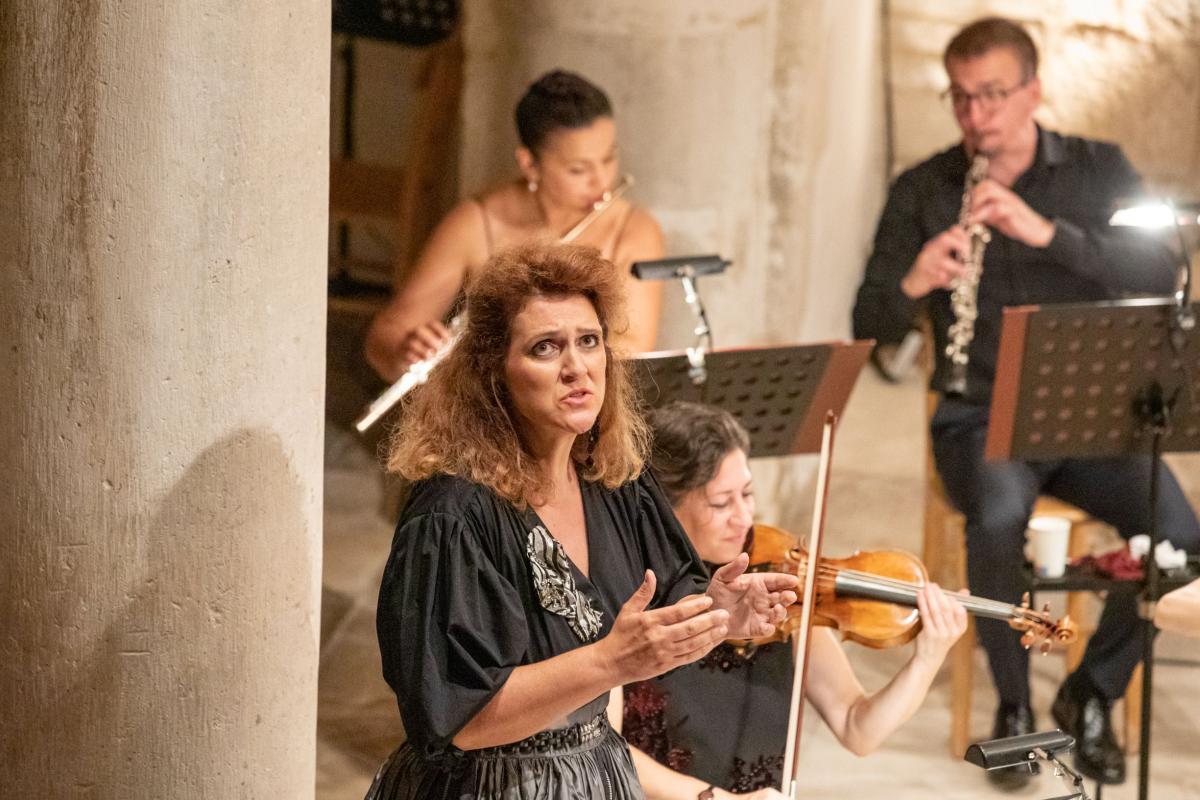 Next on the rich music programme of the 72nd Festival is a Rector’s Palace concert tomorrow, 12 August at 9.30pm on which audience favourite pianist Martina Filjak along with Felix Klieser on horn and Andrej Bielow on violin will perform works of Duvernoy, Schumann, Dukas, Wieniawski and Brahms.