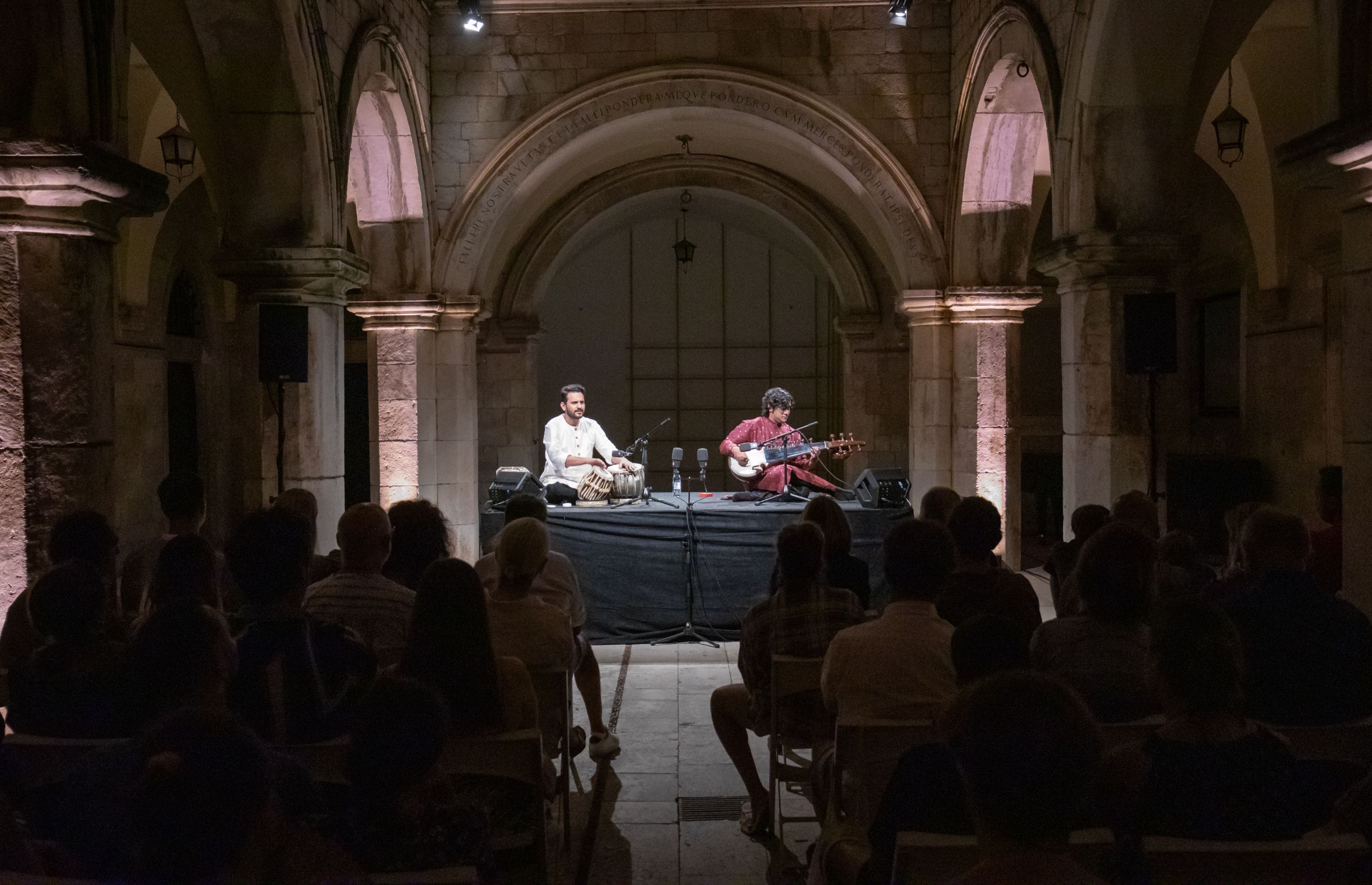 Indian musician and composer Arnab Bhattacharya performed on the sarod last night, 14 August in the Sponza Palace Atrium, accompanied by Rohen Bose on the tabla on the occasion of Azadi Ka Amrit Mahotsav, the celebration of 75 years of Indian independence. 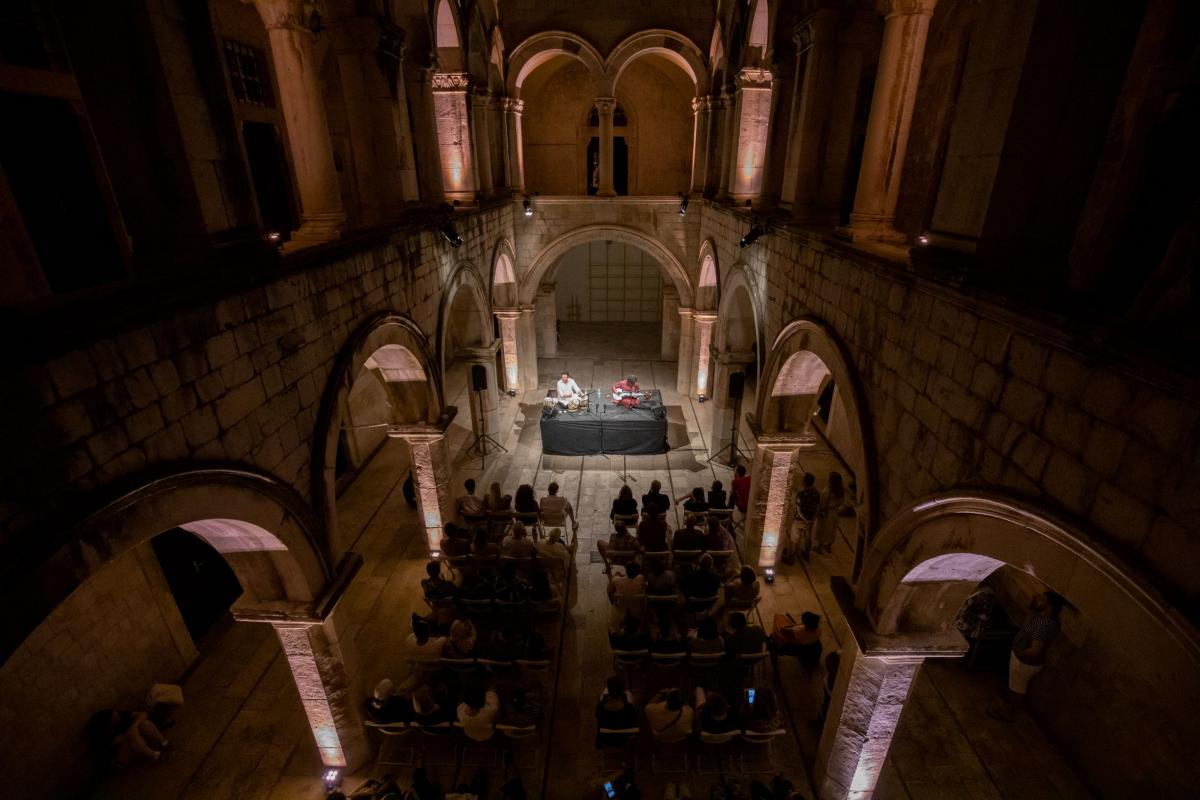 The curious festival audience was presented an excellent blend of traditional and modern forms of Indian classical music that connects all generations equally, and which represents the musical hallmark of this famous sarod virtuoso who entered the world of North Indian classical instrumental music as a child. Hindustani music, as it is sometimes called, emphasizes improvisation and exploration of all aspects of the raga, which Bhattacharya and Bose achieved by interweaving the deep and introspective sound of the sarod with the rhythmic accompaniment of double drums. The different style and faster rhythms of the traditional Indian musical instruments beckoned some among the gathered audience to dance, as well as a long applause and standing ovation after the performance. The programme was realized under the patronage of the Indian Council for Cultural Relations and the Embassy of India in Zagreb. 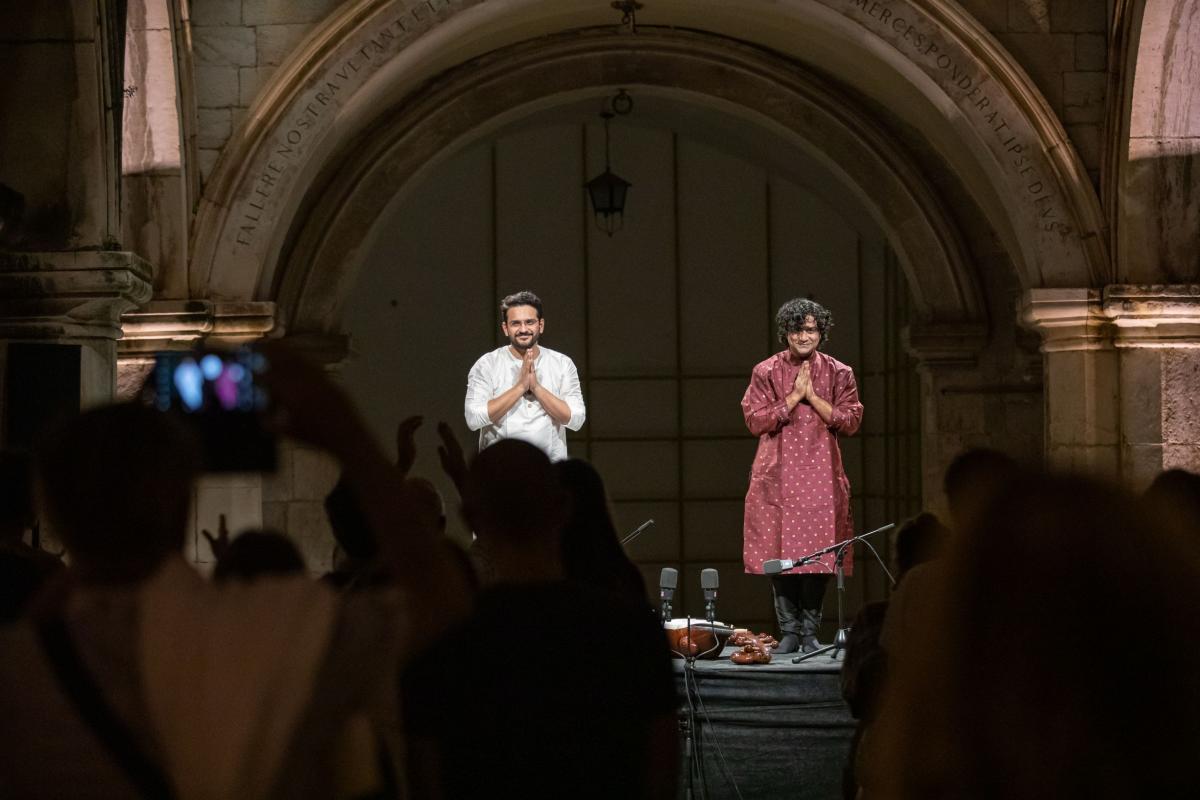 The 73rd Dubrovnik Summer Festival music programme continues with a concert sponsored by Kraš on Thursday, 18 August at 9.30 p.m. at the Rector’s Palace, where the young soloists Lucija Stilinović on the flute and Veronika Ćiković on the harp will perform works by Kilar and Mozart alongside the Dubrovnik Symphony Orchestra conducted by Dawid Runtz.