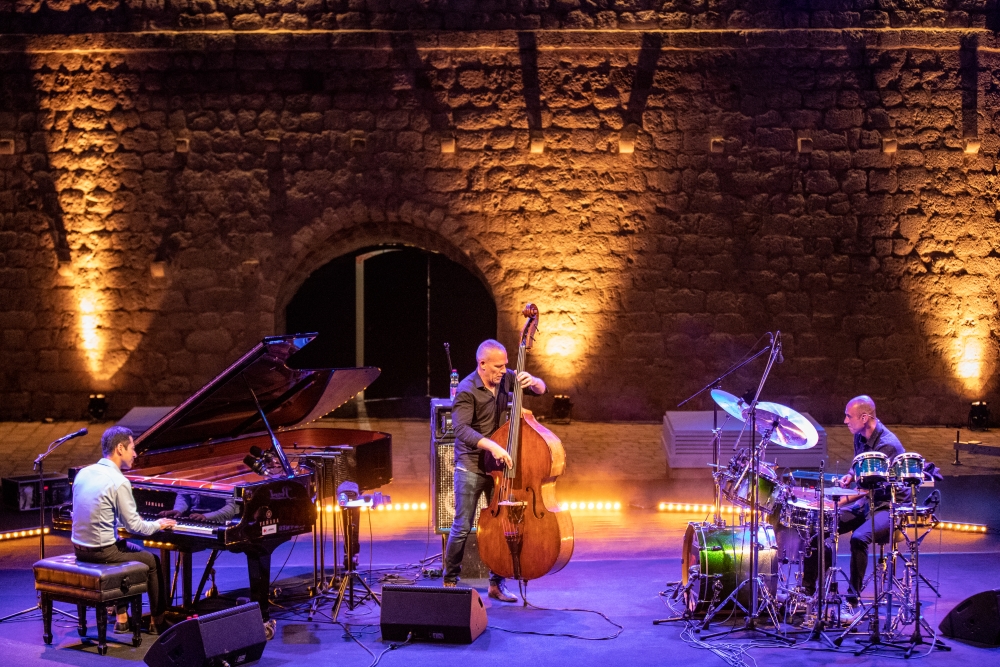 A large Festival audience flocked to the Revelin fort terrace last night, 23 July, eager for a roaring night of jazz – the acclaimed jazz virtuoso Avishai Cohen and his trio more than delivered with a spectacular performance, sponsored by Mastercard.

The world-class jazz masters thrilled the crowd with their energetic and impressive performance of primarily their latest music from the Arvoles album; a music treat for which the critics have sung praises, an album that “the more you listen, the more you love.” While addressing the audience, Cohen noted that he is grateful to have had the chance to perform here and that he is amazed by Dubrovnik’s enchanting atmosphere. He also thanked the audience for a marvellous night he himself truly enjoyed, which his fierce performance confirmed. A thunderous applause, mingled with exclamations of “Bravi!” echoed through the moonlit Revelin terrace and coaxed out two encores. 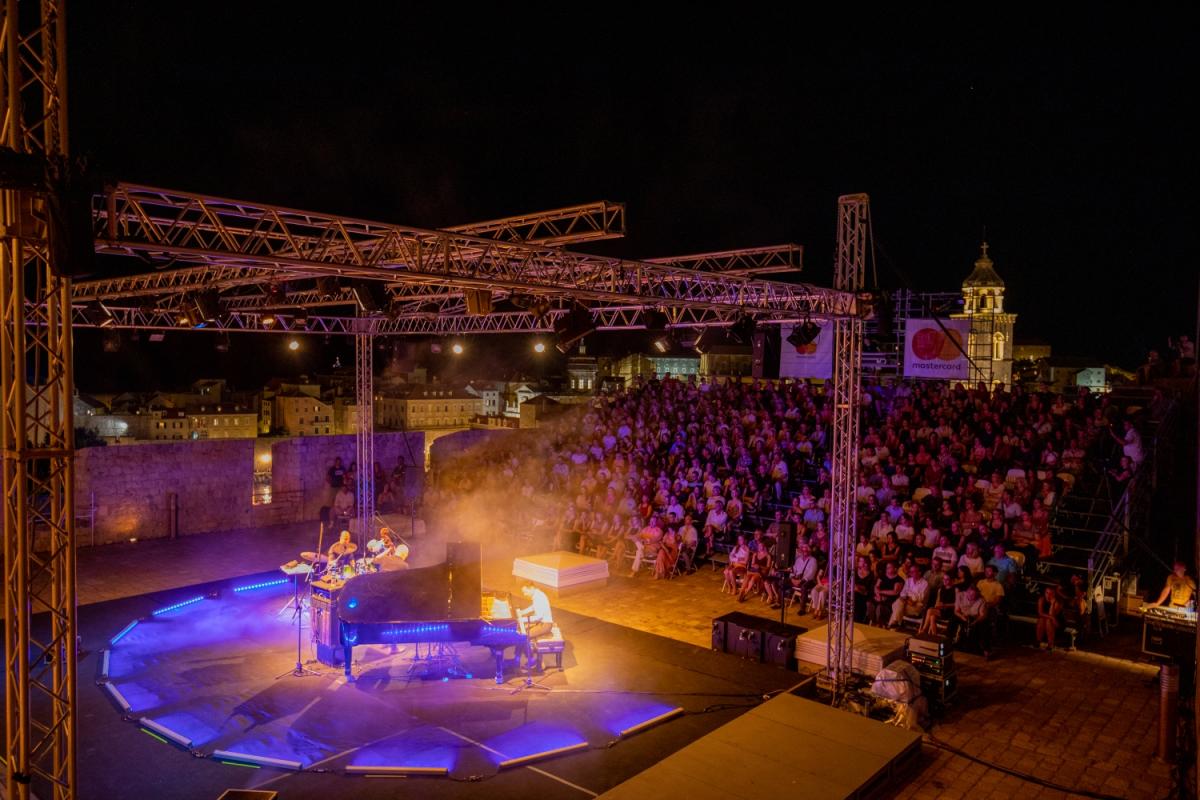 Over the course of his long and illustrious career bassist Avishai Cohen, the trio’s leader and founder joined by bandmates drummer Noam David and pianist Elchin Shirinov, collaborated with many leading international musicians such as Bobby McFerrin, Roy Hargrove, Herbie Hancock, Kurt Rosenwinkel and Alicia Keys. He also worked with some of the most prestigious orchestra, among them the London and the Israel Philharmonic. As one review of his concert goes: “They are unique and incomparable, a real privilege for the lucky concertgoers.” DownBeat magazine called him a “jazz visionary of global proportions.” Cohen found the perfect musical combination in his trio and together they recorded three studio albums: Gently Disturbed, From Darkness, and the just released Arvoles, from June 2019, which offers listeners a “perplexing, mystic and magical yet brilliant” sound which combines and takes inspiration from sundry genres, such as classical music and jazz, bebop and hardbop, swing, hip-hop, and African-Caribbean rhythms. 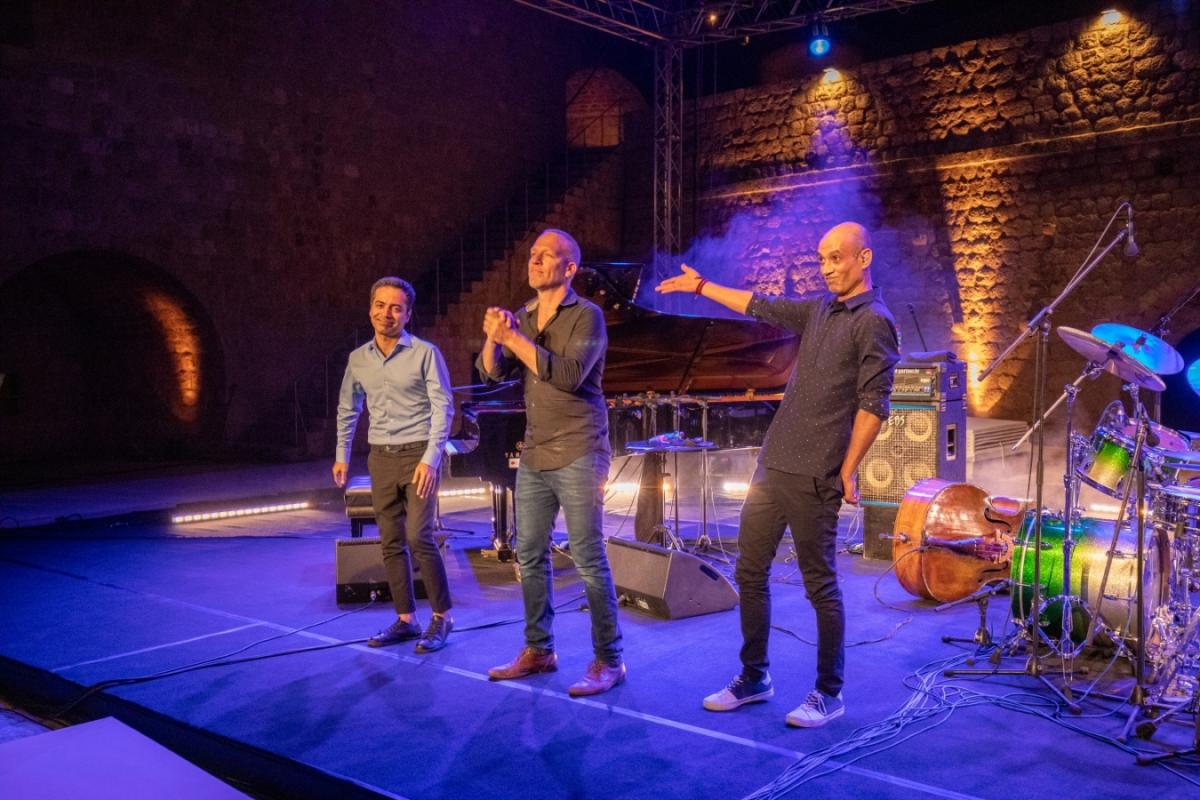 Over the years, the Dubrovnik Summer Festival hosted numerous legendary jazz musicians, among them Duke Ellington, Dizzy Gillespie, Thad Jones, Michel Camilo, Nnenna Freelon, Dee Dee Bridgewater and Gregory Porter – a star-studded list now joined by Cohen who readily meets all excellence criteria. In the last few years, the jazz programme at the Festival has been proudly sponsored by Mastercard.