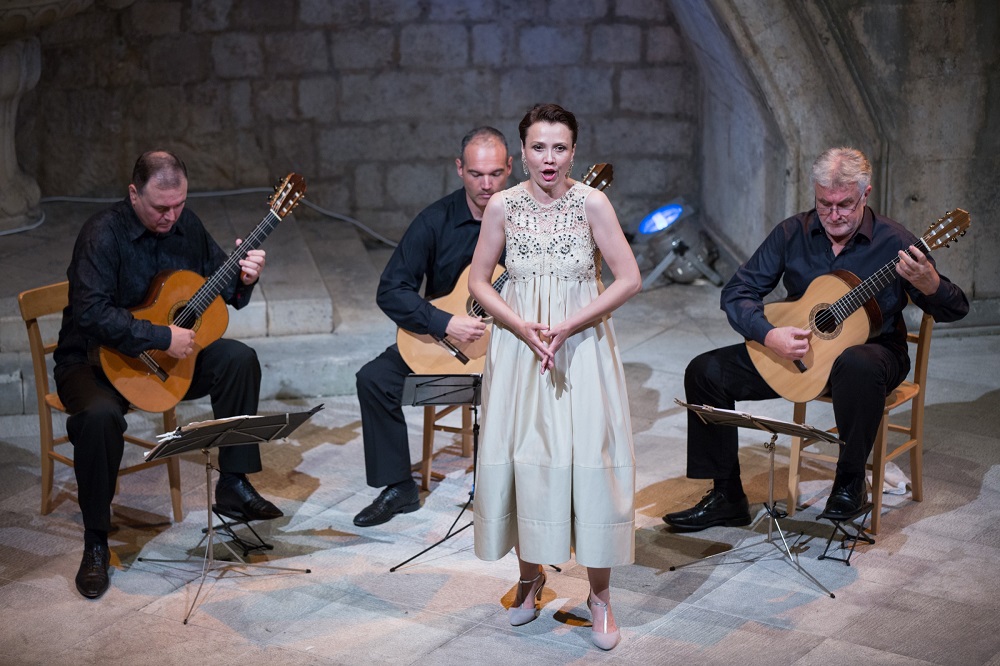 The audience was captured by the performance of this unusual blend of three guitars and the human voice. The first part of the concert was dedicated to the Baroque and pre-classical era, with adaptations of Antonio Vivaldi, Georg Friedrich Händel and Luka Sorkočević arranged by Frano Matušić and Maroje Brčić, while the second part of the evening saw performances of strictly Croatian composers, who dedicated their compositions to this kind of ensemble, in particular, of which two were composed especially for this occasion and premiere performed last night. Anđelko Klobučar composed “Three Songs” to the verses of Vesna Parun, one of the most prominent Croatian poetesses of the 20th century. All three songs – “The Tree”, “Home on the Road” and “We Failed to Remember”, are love-themed songs, however, each speaks of love in a different fashion. Zoran Juranić, on the other hand, brought music to two poems by poet Luka Paljetak: A little thesis about death in which Death is clad in a comforting consolation, and Not a single rose, in which Love resides, embodied in the symbol of the rose, presented as an imperative need of human existence. The trio displayed the broadness it’s capable of, as well as the skillful interpretation of the given styles, whereas the soloist confirmed her status as a top interpreter of the Baroque music, which she showed with performances of two arias selected from Händel’s operas Xerxes and Agrippina, but also proved heself as an unmistable performer of contemporary pieces. Not one, but two encores followed the performance, circling and connecting the two contrary part of the concert beautifully. 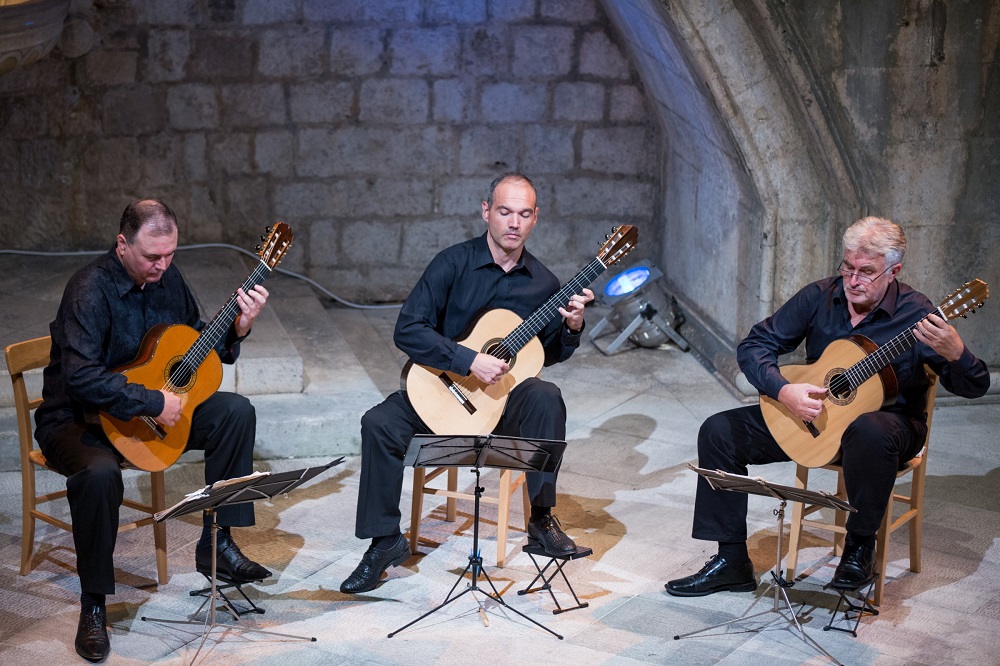 The Dubrovnik Guitar Trio has regularly performed across the country at renowed festivals ever since their foundation in 1992. They have performed as guests on several continents and have held premiere performances of many pieces dedicated to them by renowned Croatian composers. They were awarded the professional award The Milka Trnina Diploma for the year 2008. Renata Pokupić is a Croatian mezzosoprano of an enviable international career, and an artist praised and awarded for her interesting and expressive performances of Baroque, Classical and Coloratura repertoires, and is sought after in great opera houses for performances alongside great orchestras. Over the course of the years, she has achieved title roles in the most prestigious opera houses such as the Washington National Opera, Royal Opera House in Covent Garden, at the Opera Frankfurt, Chicago Opera Theater and others, as well as on concert stages all over the world. Her last performance at the Dubrovnik Summer Festival was in 2011, when she held a recital alongside pianist Roger Vignoles. 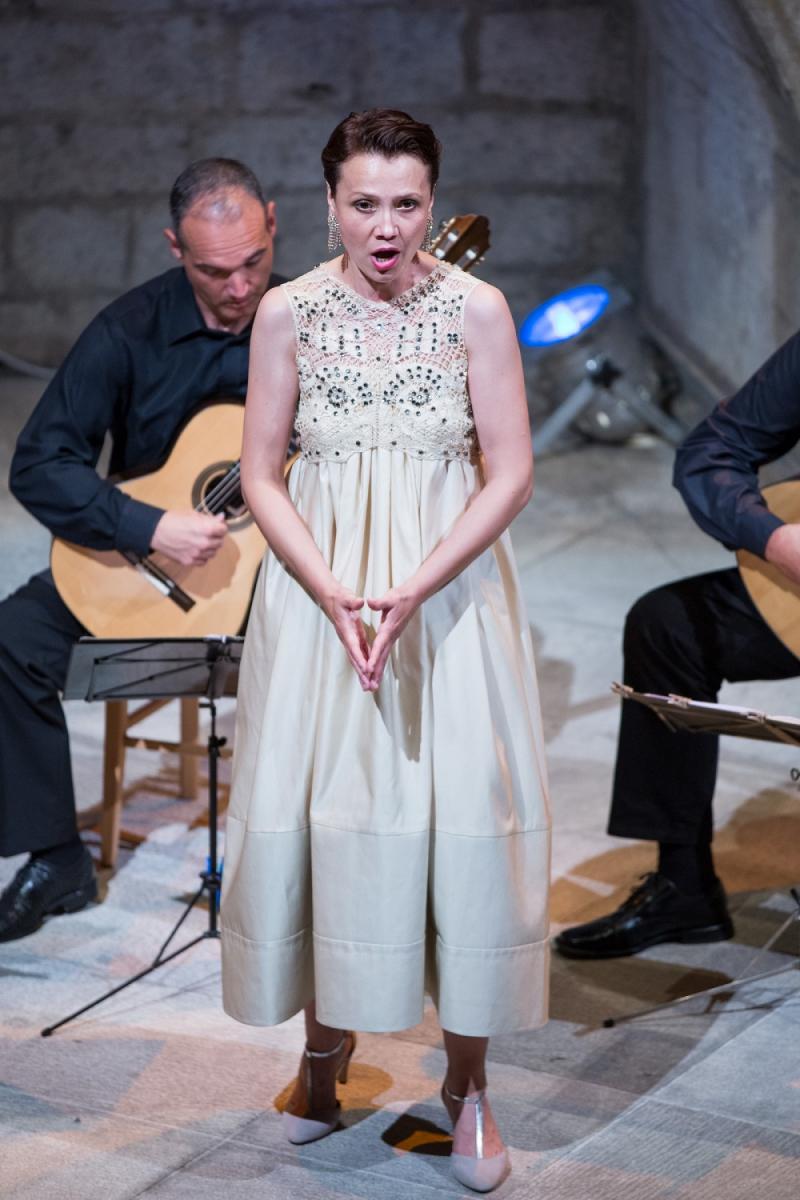