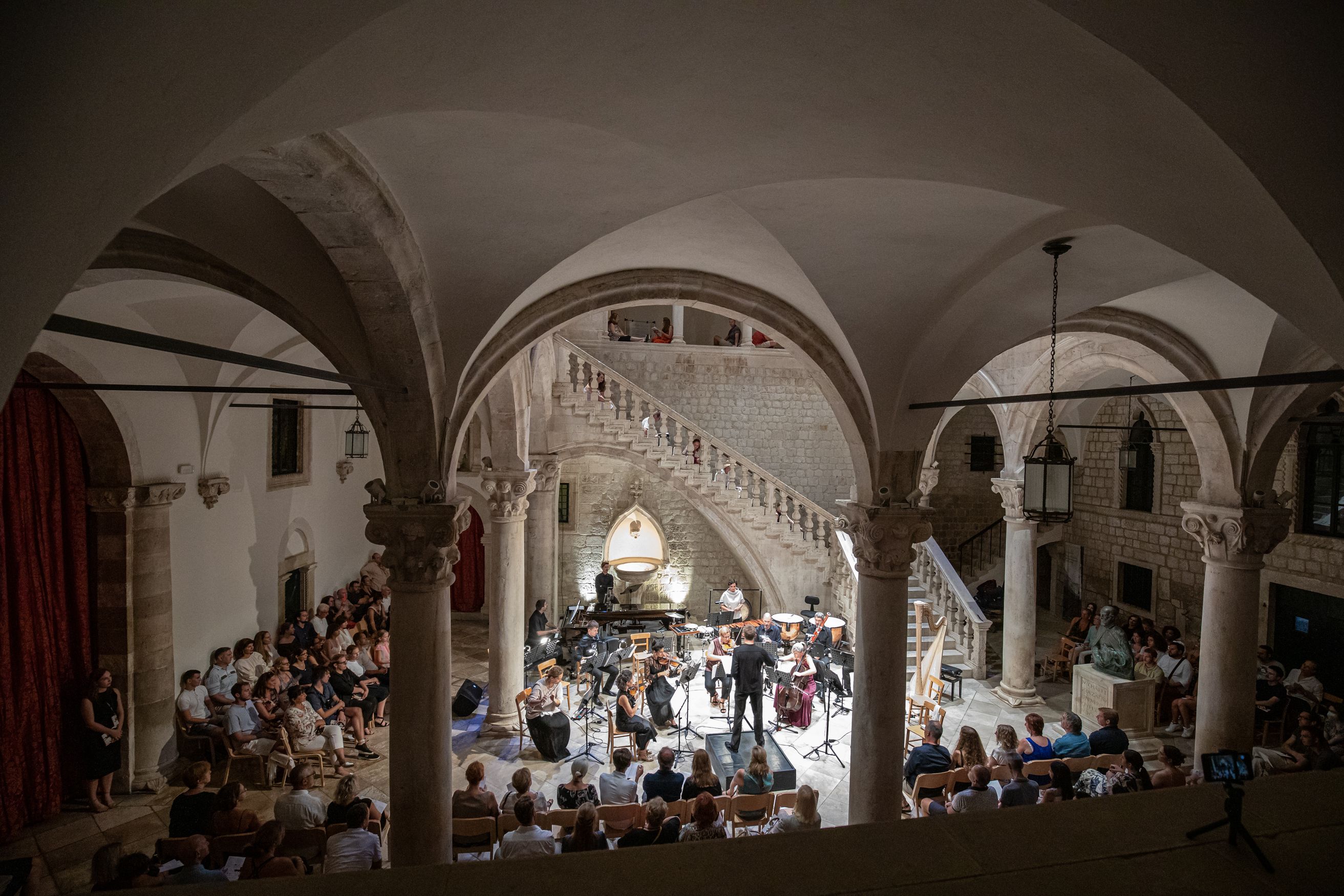 The unique music programme Dubrovnik on a Rock of Music, supported by the Caboga Stiftung foundation, gathered outstanding Dubrovnik musicians with soloists Đive Franetović Kušelj on the flute and mezzo-soprano Dubravka Šeparović Mušović, all under the baton of Tomislav Fačini, last night, 22 August at the last festival concert of the season in the Rector’s Palace Atrium, deservedly received with delighted shouts of “Bravi!” 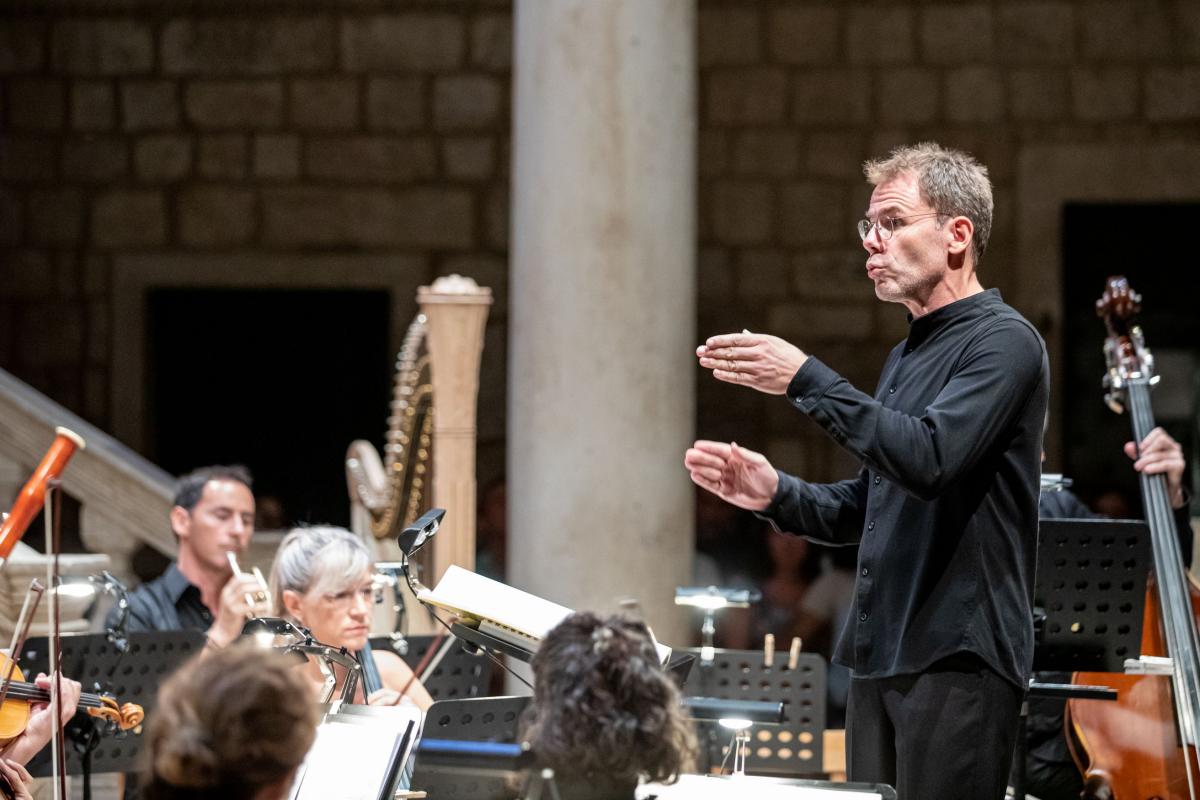 For the fourth year in a row, Dubrovnik on a Rock of Music enriches the Dubrovnik Summer Festival music programme with its original concept that uncompromisingly brings together great Dubrovnik musicians and exciting programmes, not only presenting local artists but also proving the vitality of the local music scene. The unique programme of this summer's edition of the Rock of Music thus brought, with the unusual accompaniment of a siren, the peculiar work Kammermusik 1 by one of the most important German composers of the 20th century, Paul Hindemith, who consciously chose odd instruments and expressive techniques in order to achieve a grotesque effect. Peter Osghian's Suite concertante became a permanent part of the flautist repertoire and teaching programmes shortly after its premiere (in Belgrade in 1956, with the Dubrovnik premiere held in October 1959), so it was included in last night's repertoire as well. The combination of classical harmonies and contemporary emotion that adorns this composition, the award-winning flautist and last night's soloist Đive Franetović Kušelj performed masterfully, coaxing out with ease all the fullness of tone and clarity of sound from her instrument, and the enthusiastic audience who shouted excitedly "Brava!" Ravel's Mother Goose, a piece originally written for the children of the singer Ida Godebska, in the maestro's arrangement enchanted the Rector’s Palace with its fairy-tale notes, while the audience was led on a journey through Spain by Manuel de Falla's Seven Spanish Folk Songs, also inspired by Godebska. These two works are also connected by maestro Tomislav Fačini, who arranged the orchestration for de Falla as well, and whose confident and nimble conducting surely guided this musical evening. With the Seven Spanish Folk Songs, a kind of musical arc was completed, starting with early Spanish music, which opened the musical programme of the 73rd Dubrovnik Summer Festival, and which now finally sailed into the 20th century also with Spanish melodies. These traditional Iberian songs of different moods were vividly presented by the national opera champion and this year's winner of the Vladimir Nazor Award, mezzo-soprano Dubravka Šeparović Mušović, whose fastidious performance and dazzling bravura also earned thunderous applause and cheers from the audience, who at the end of the evening repeatedly invited all the musicians to bow. 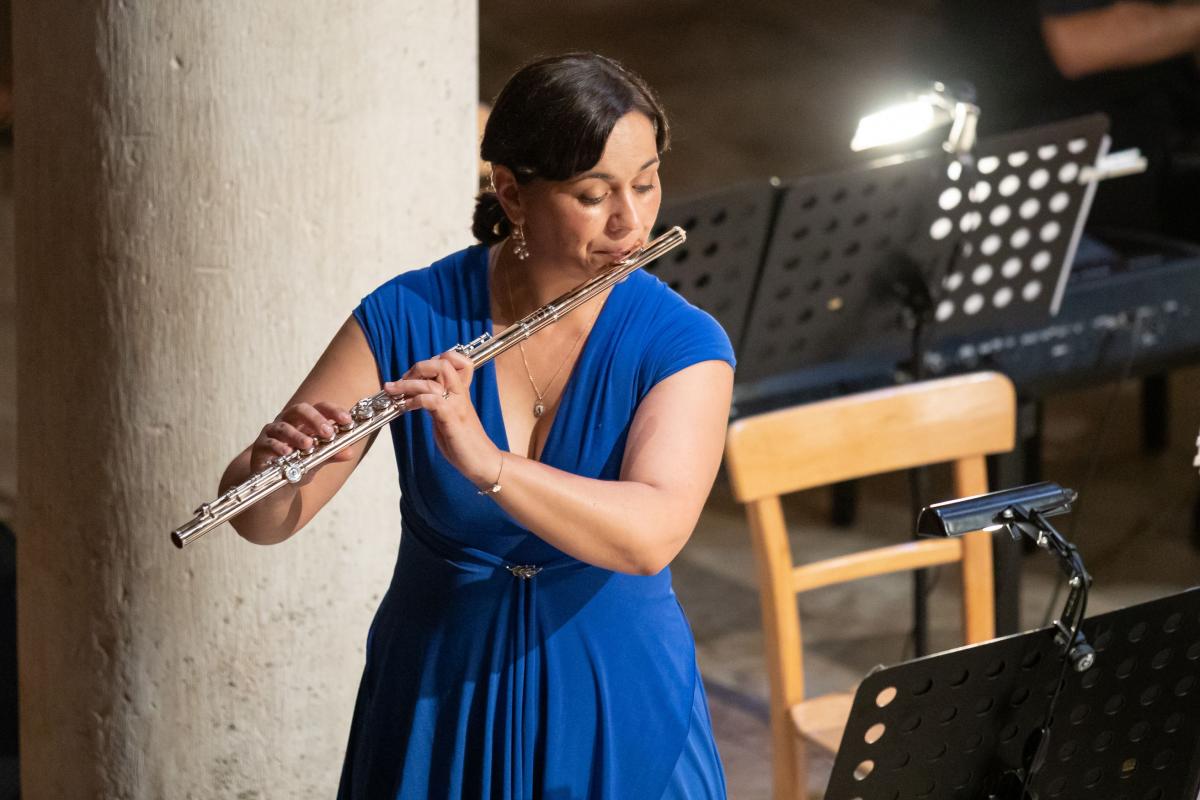 The 73rd Dubrovnik Summer Festival music programme will be rounded off on Thursday, 25 August at 10.00 p.m. in front of the Cathedral by the grand Opera Gala, on which the Croatian Radio and Television Symphony Orchestra, conducted by mo. Ivan Repušić, soprano Adela Zaharia and young tenor Filip Filipović will be performing. 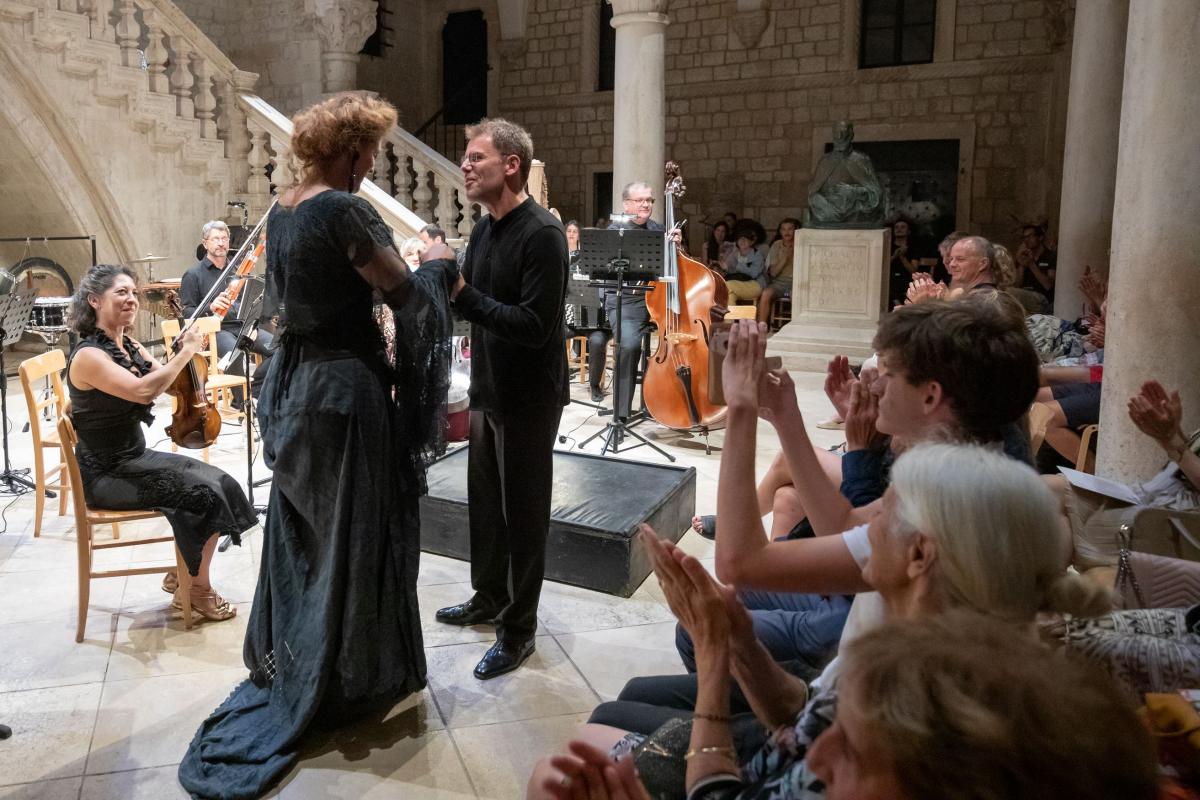