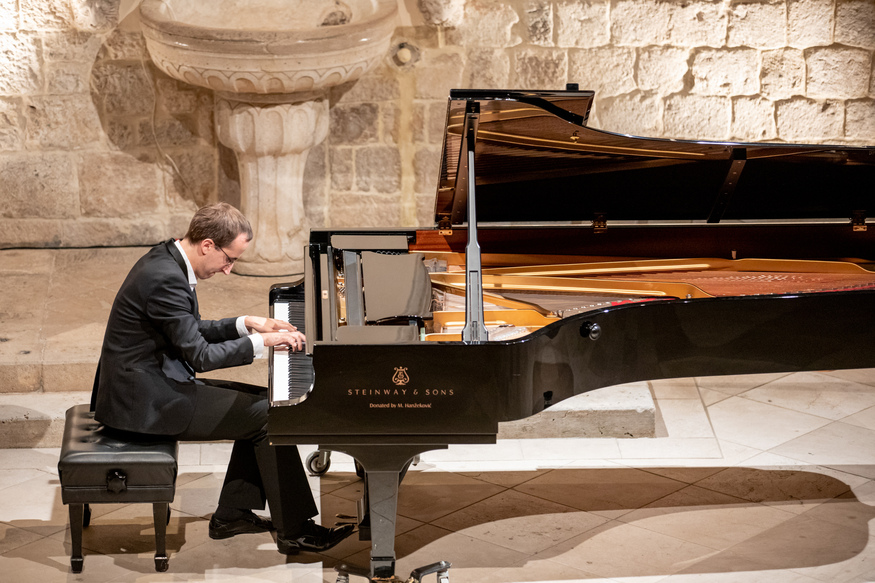 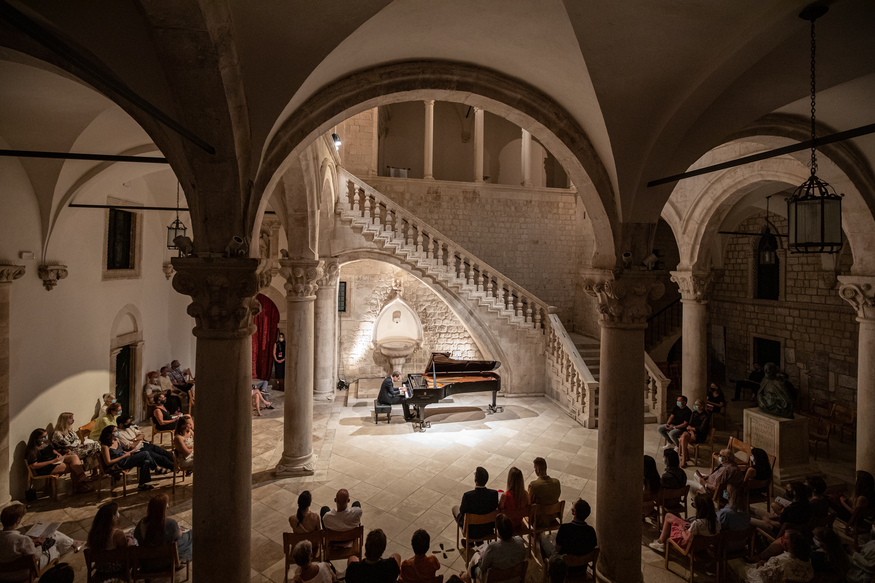 With his expressive style of piano playing, it was a true enjoyment not only listening to but watching Lovre perform Kreisleriana, the eight fantasy-ballads by Robert Schumann in the first half of the recital and Joseph Haydn’s Sonata in b-minor, Maurice Ravel’s Valses nobles et sentimentales and Franz Liszt’s Rhapsodie espagnole. At the end of this enchanting musical evening, the delight of the audience was evidenced by roaring applause and a standing ovation. Marušić was called to encore twice, pleasantly surprising everyone with a masterful rendition of Queen’s legendary Bohemian Rhapsody and then repeating Haydn’s minuet from the aforementioned Sonata. It is clear that the Festival crowd is already eagerly awaiting another Lovre Marušić concert, but for now ahead of the young virtuoso is the final of the renowned Cleveland International Piano Competition in the US, and two other prestigious international competitions, the Leeds International Piano Competition in the UK and the Ferruccio Busoni International Piano Competition in Bolzano, Italy. 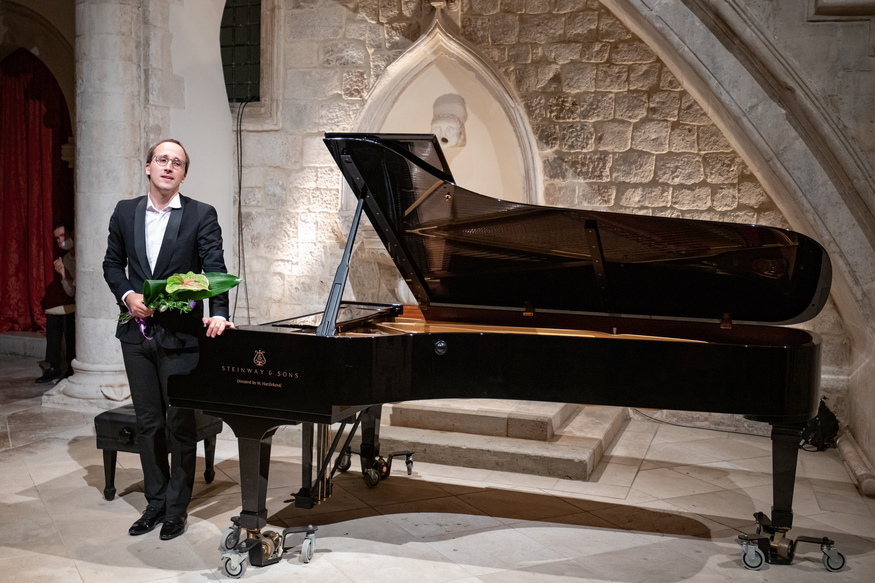 The next Festival music event at the Rector’s Palace is the eagerly awaited performance of the eminent Russian soprano Julia Lezhneva with La Voce Strumentale ensemble, led by violinist Dmitry Sinkovsky, on 25 July.