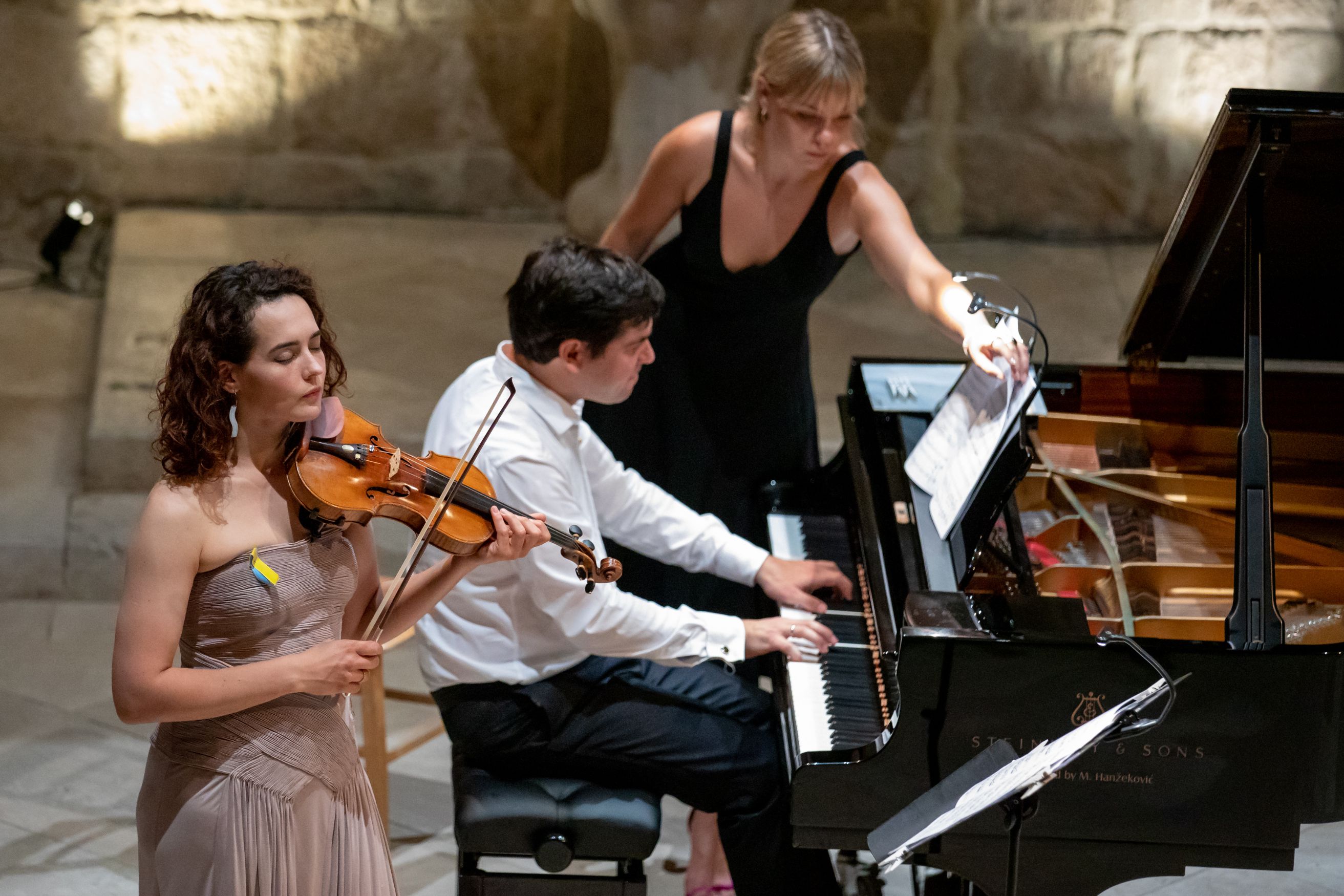 The brilliant musical match of the renowned Alena Baeva on the violin and the virtuoso Vadym Kholodenko on the piano last night, 9 August captivated the audience gathered in the Rector’s Palace Atrium.

Baeva and Kholodenko started the evening off with Schubert's Trockne Blumen, and the fragile melancholy of its theme of disappointed love, brought by a series of technically demanding variations and a longer introduction of Schubert's characteristic rhythm, was eclipsed by the brilliant performance of both musicians culminating in a masterful march at the end. Mendelssohn's characteristic melodiousness and elegance permeated every key and string during the Sonata for violin and piano in F minor, while the audience greeted Debussy's Sonata for violin and piano in G minor with long applause. Indeed, applause interspersed with shouts of "Bravi!" continued after the last piece, the four-movement Sonata no. 1 in A major by Gabriel Fauré whose colours and tones, from steady poise to lively cheerfulness, overwhelmed the Palace with indescribable energy in the virtuoso interpretation by Baeva and Kholodenko, whose individual technical bravura harmoniously complemented each other. As expected, the audience demanded an encore from the great musicians, thus for the finale they performed the popular Melody by Ukrainian composer Myroslav Skoryk as a touching and meaningful parting message. Before the performance itself, the violinist addressed the audience with words of support for Ukraine:

– Thank you for sharing the music with us tonight, it was a great pleasure to play for you. That's why we perform an unusual encore but which nonetheless has a special meaning for all of us. In the last half year, since February, we have been following a huge disaster that is very close to us. We hope and pray that it will end soon because no country should bear such an attack. We all pray for Ukraine – said Baeva.

The melody, a simple but sentimental work in which the composer uses Ukrainian folk motifs, is considered the spiritual anthem of Ukraine, and since this year, due to the tragic circumstances of the war, it is often heard at charity events and concerts. 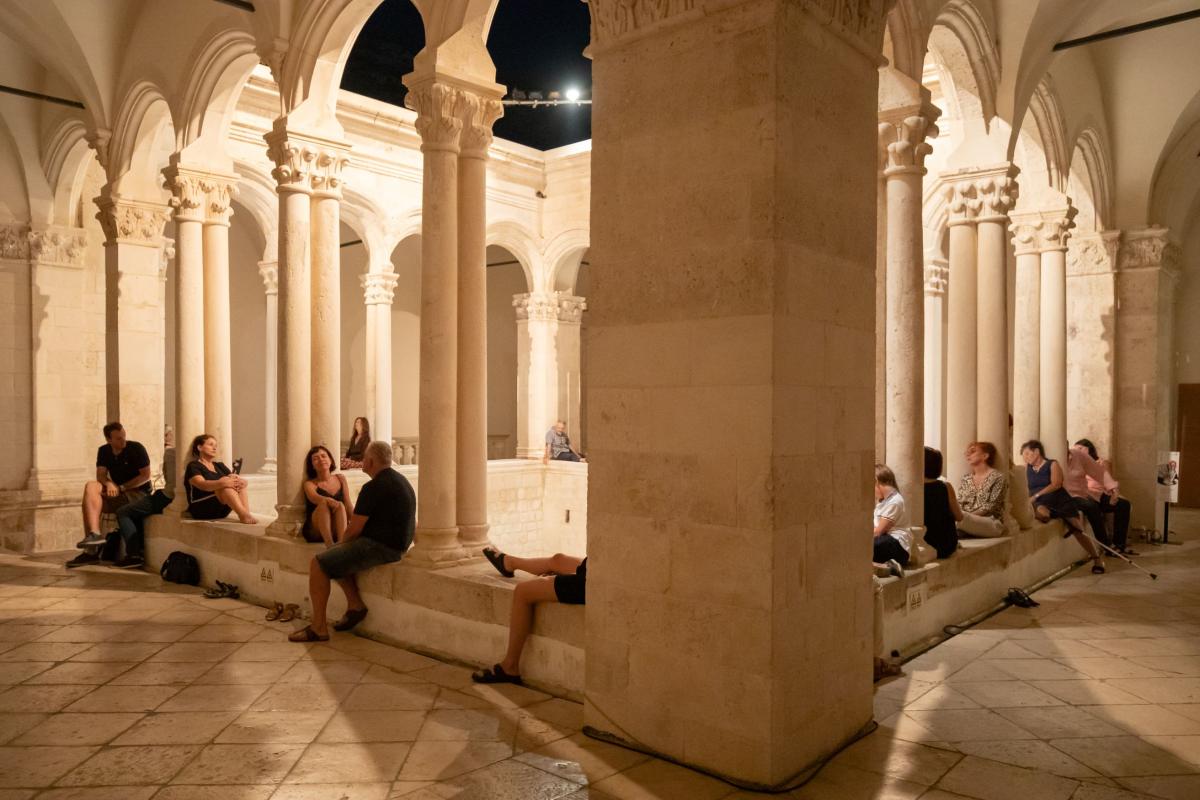 The music programme of the 73rd Festival continues tomorrow, 11 August at 9.30 p.m. in the Rector’s Palace where the Antiphonus ensemble will be joined by Concerto dei venti.