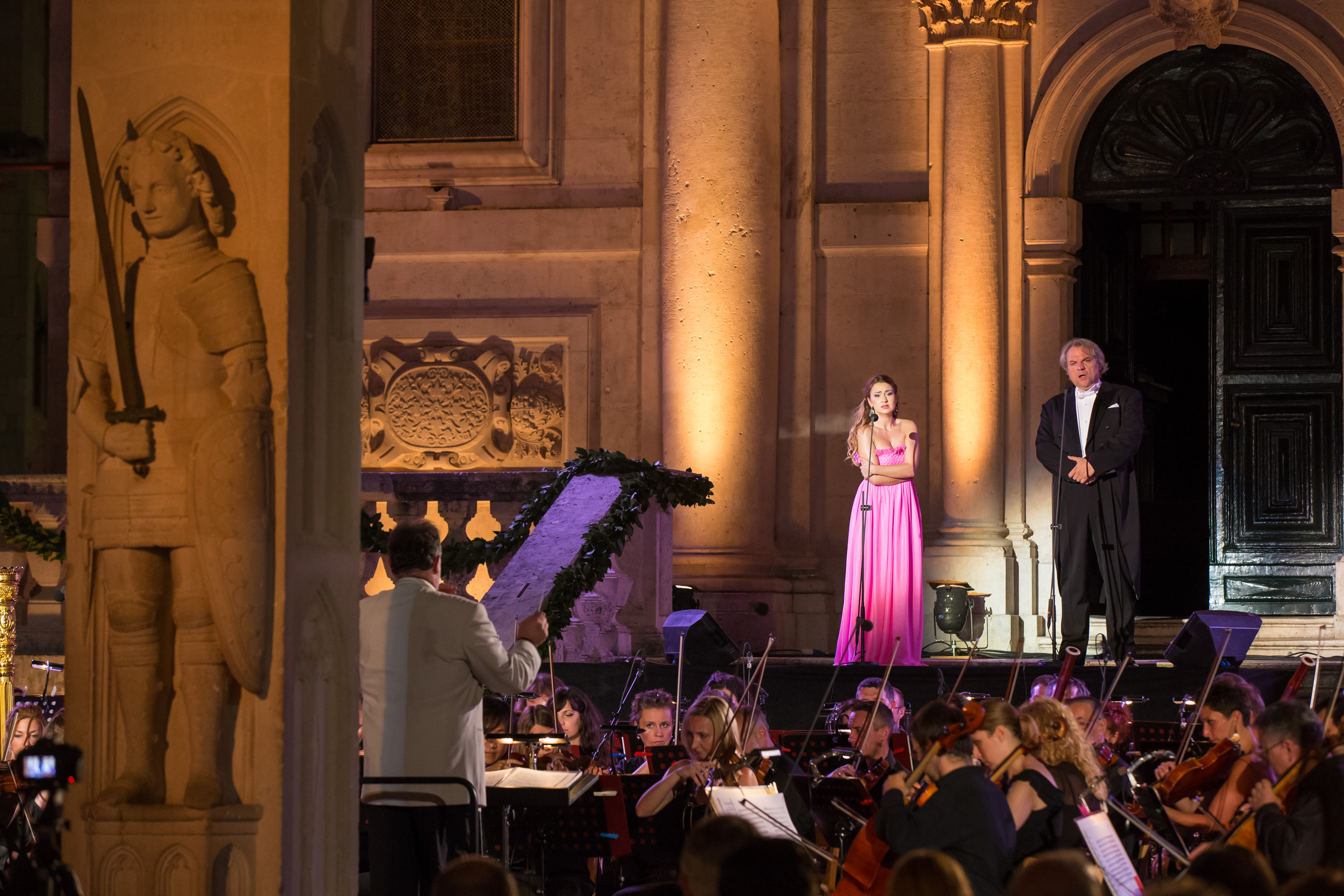 A performance of Croatian Radio and Television Symphony Orchestra under the baton of Ivo Lipanović and with international opera stars, soprano Lana Kos and baritone Željko Lučić will close the 71. Dubrovnik Summer Festival on Tuesday, 25 August at 10.25 pm in front of the Cathedral. The closing ceremony will be live broadcasted on the HRT3 programme of Croatian National Television.

The musical evening will begin with a performance of the Overture to the opera Fidelio, the only opera written by Ludwig van Beethoven whose 250th birthday is being celebrated for this whole year. Selected excerpts and arias from famous operas by great composers will follow: Prologue from I Pagliacci by Rugger Leoncavallo, act 1 of the opera Ernani, Renataiz act 3 from Un Ballo in Maschera, act 1 and Udiste…Mira, di acerbe lagrime – Act 4 from Il Trovatore, Cortigiani, vil razza dannata act 2 from opera Rigoletto all together five works by Giuseppe Verdi, author of extremely melodic works. Another Italian opera master, Giacomo Puccini will be represented by performances of Intermezzo and the aria from the 4th act of opera Manon Lescaut. Cavalleria Rusticana opera by Peter Mascagni, composer of fifteen operas, of which this is by far the most famous and most performed, so the festival audience will hear Intermezzo. 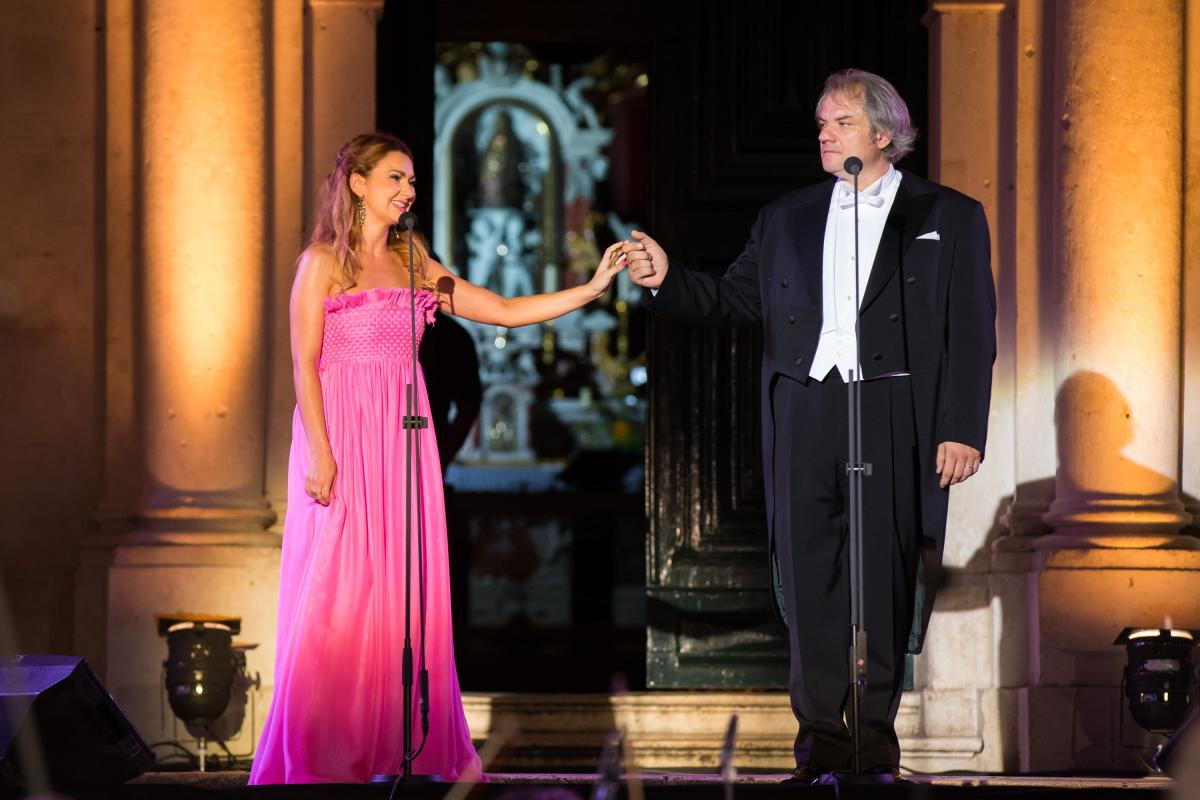 Maestro Ivo Lipanović has studied conducting at the Music Academy in Zagreb in the class of prof. Igor Gjadrov and Lovro pl. Matačić. He conducts renowned orchestras all around the world in respected opera houses, including the Opera of Nice, Deutsche Opera in Berlin, the State Opera House in Ankara, and many others. His professional path linked him to Split for years, where he was the director of the Opera of the Croatian National Theater in Split for two terms, and currently, he is a director of Opera HNK Split. Maestro Lipanović with Lana Kos and Željko Lučić has already closed the Dubrovnik Summer Festival once, in 2014 with the Zagreb Philharmonic Orchestra. Željko Lučić is one of the leading baritones of today, maybe even the first ''Verdi'' baritone, judging by numerous premieres of Verdi’s operas which he has performed on the most prestige of the world’s stages, such as the Metropolitan Opera, the Scala in Milan, the Salzburg Festival, the Opera in Paris, the Vienna State Opera, the German State Opera and others. Soprano Lana Kos, born in Varaždin, debuted at the age of seventeen in the role of the Queen of the Night in Mozart's Magic Flute at the Croatian National Theater in Zagreb, but she attracted the attention of the world public when Mstislav Rostropovič chose her for the role of Natasha in Prokofiev’s War and Peace in the Bolshoi Theater in Moscow. Since then, she has been selected for the role after role on various world stages, some of which are the Bavarian State Opera, the Israeli Opera in Tel Aviv and the Arena in Verona and others. This information from the artist's biographies proves the claim that these stellar opera names are not exaggerated, and they are a strong guarantee of the finale musical evening of the 71st Dubrovnik Summer Festival. 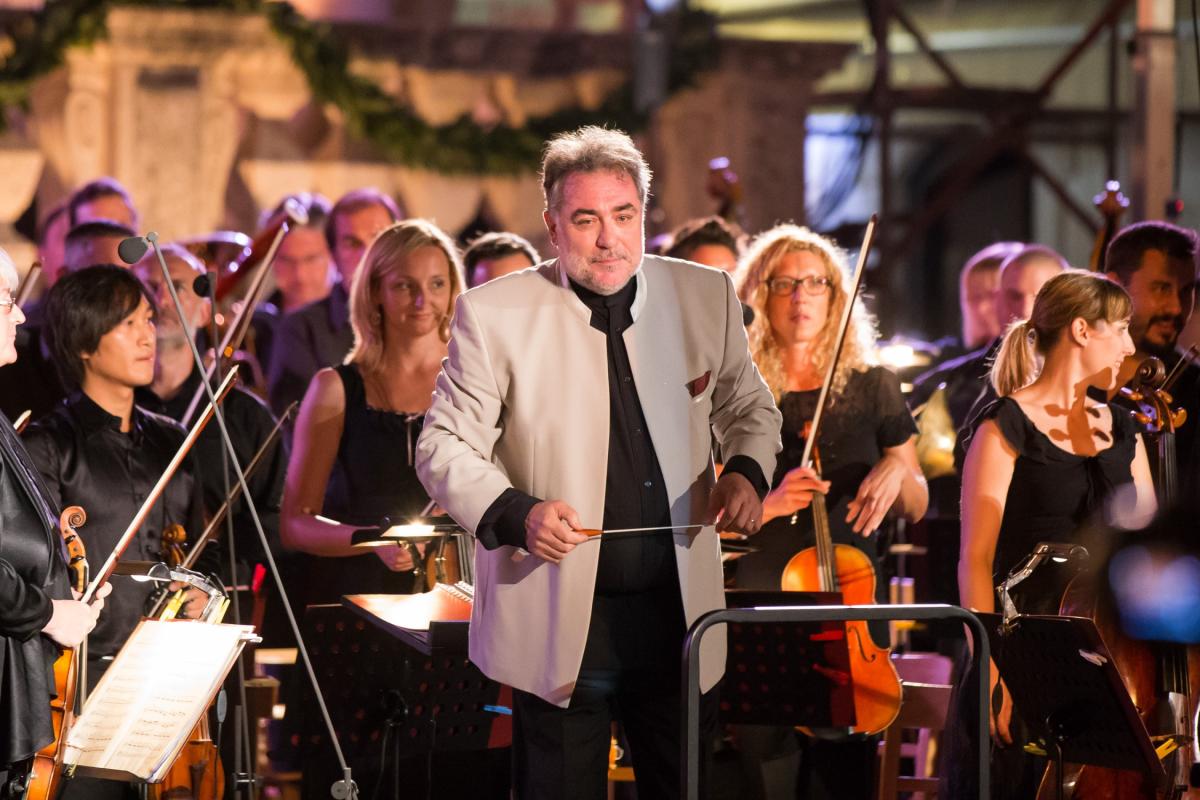 Tickets for this performance are available for purchase at the Dubrovnik Summer Festival website www.dubrovnik-festival.hr or via www.ulaznice.hr ticketing service and at the box office of the Festival Palace (OdSigurate1) every day from 9 am to 9.30 pm. Purchases made with Mastercard® and Maestro® cards receive a 10% discount while all purchases and orders over 500 kunas receive a 30% discount voucher for Festival souvenirs. OTP bank continues the tradition of supporting the Festival, and this year with the loyalty program OTPetica offers its users an additional 10% discount when buying tickets at the box office in the Festival Palace.