The combination of freshness and musical maturity delighted the festival audience 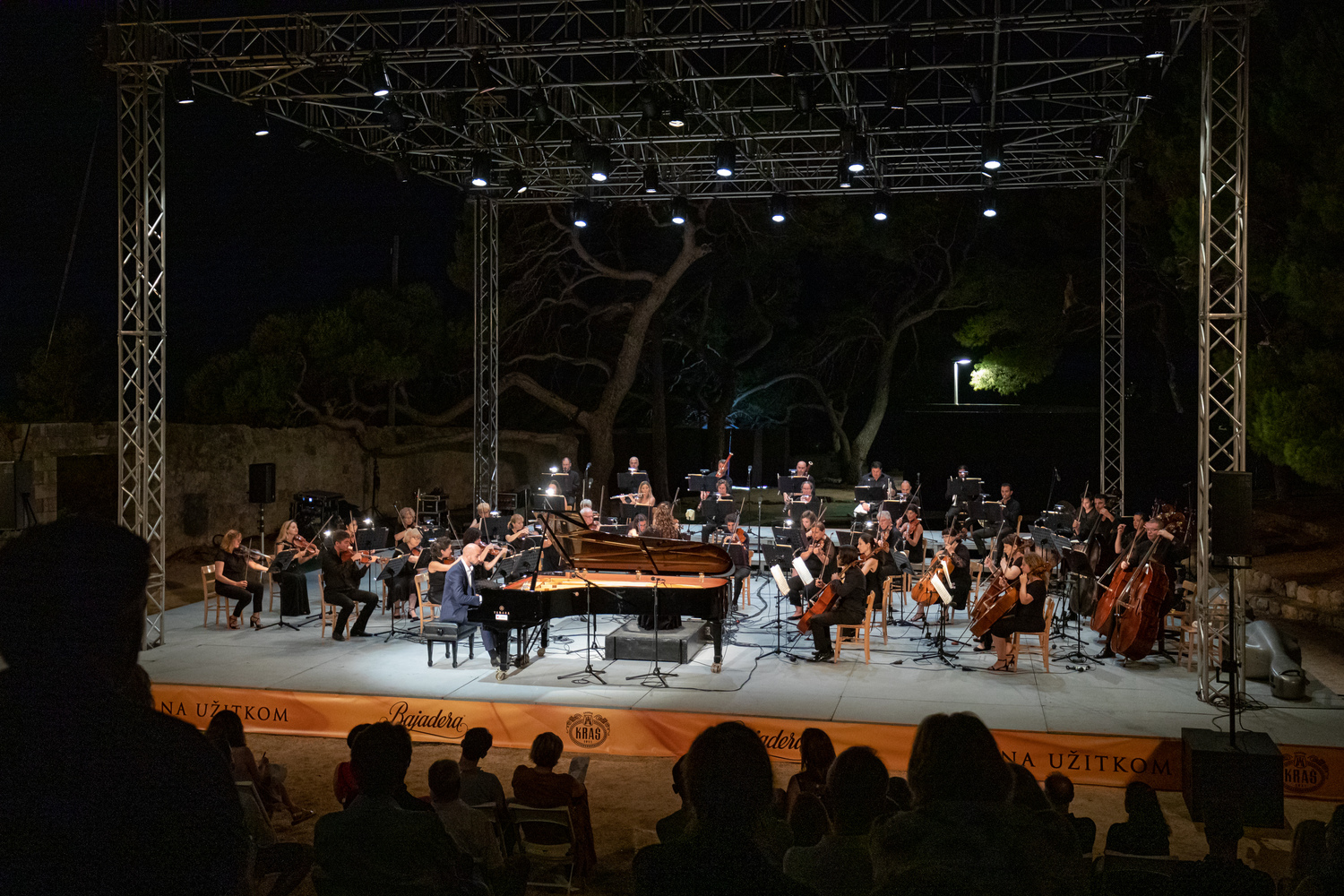 The concert of the Dubrovnik Symphony Orchestra and pianist Marijan Đuzel in Gradac Park under the baton of young Italian-Turkish conductor Nil Venditti was held last night, 31 July in Gradac Park. 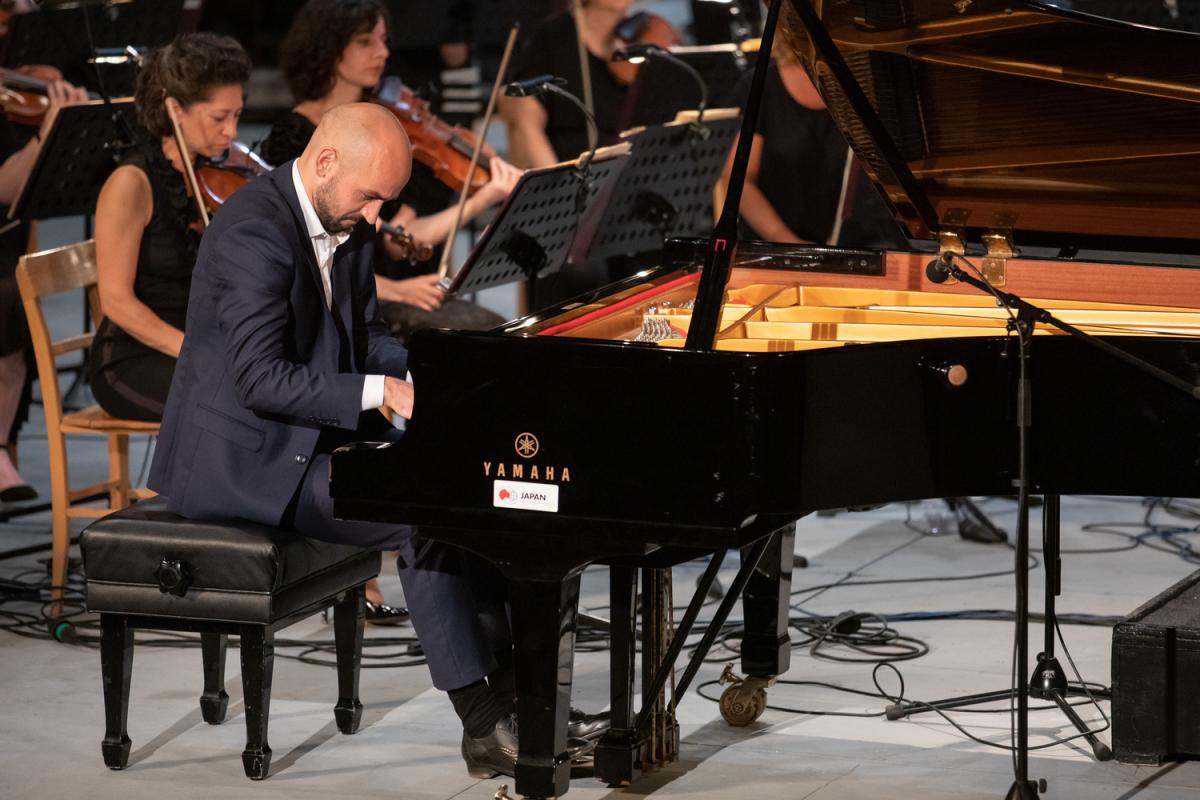 The performance of the Dubrovnik Symphony Orchestra sponsored by Kraš presented a program dedicated to the 250th anniversary of the birth of Ludwig van Beethoven, although it began with the overture to Rossini's opera Il turco in Italia. Performing the Beethoven's Fifth Concerto in E flat major, better known as the Emperor Concerto, the orchestra was joined by an award-winning Croatian pianist Marijan Đuzel, who perfected his piano skills at the Royal Conservatory in Brussels with Alexander Magyar. The second part of the musical evening in Gradac Park brought a performance of Beethoven's First Symphony, while the area of Gradac Park provided a pleasant refuge and ambiance at a time when big concerts were forced to retreat from the Rector's Palace amid covid19 situation. 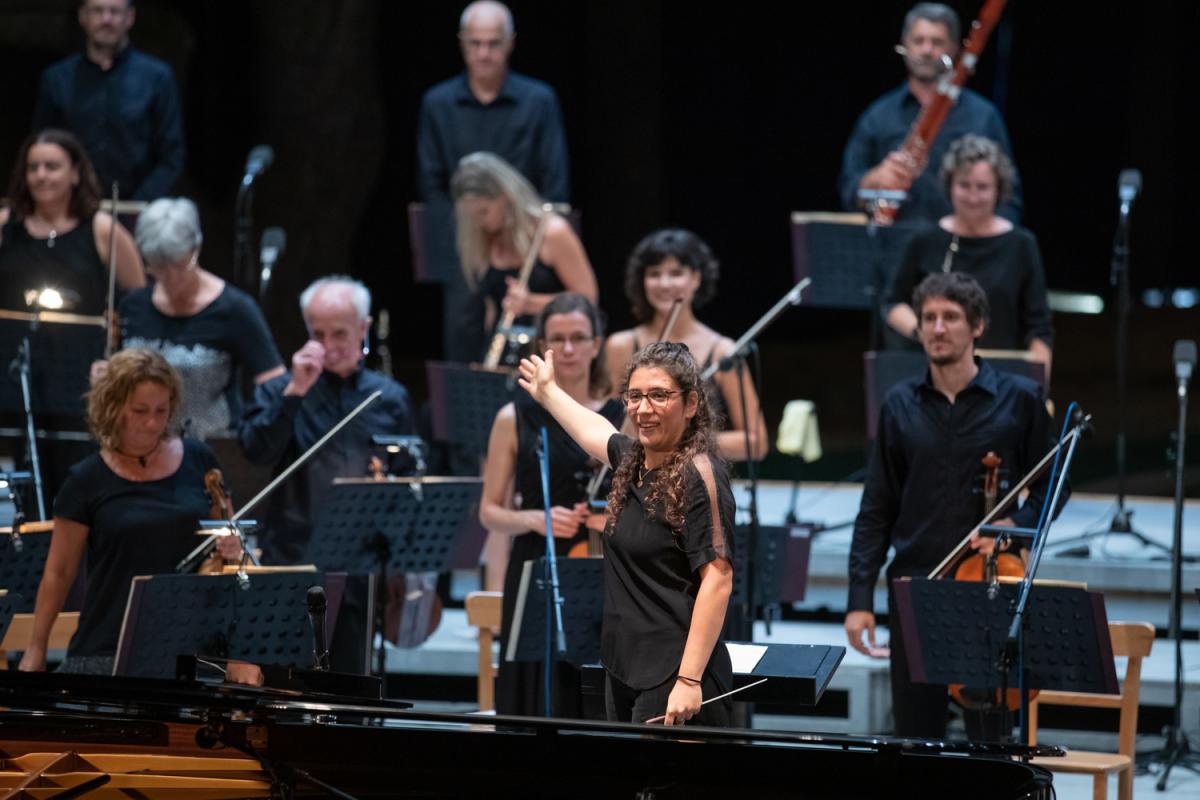 Nil Venditti, was recently nominated Principal Guest Conductor of the Orchestra della Toscana after her very first visit in July 2019. She is also an assistant conductor to the Netherlands Philharmonic Orchestra this and next season – including her own Amsterdam Concertgebouw Hall debut with Netherlands Philharmonic Orchestra. Beethoven is very much her repertoire strength, as warmly expressed by the manager of the Orchestre de Pau, which the festival audience was certainly convinced of last night. Last night, Nil Venditti invited the Dubrovnik Symphony Orchestra, otherwise experienced in this repertoire, to a new and fresh journey, bursting and cheerful, full of energy, courage, and joy that youth provides. In addition to the music compositions, the festival audience enjoyed Beethoven's Bagatelle, Brahms' Hungarian Dance, but also Puccini's elegy Chrysanthemum, which this twenty-five-year-old conductor dedicated to all who have suffered and are suffering from the current coronavirus.

The 71st Festival music program returns to the atrium of the Rector's Palace for a performance by mezzo-soprano Janja Vuletić and guitarist Maroje Brčić, on Saturday,  8 August. 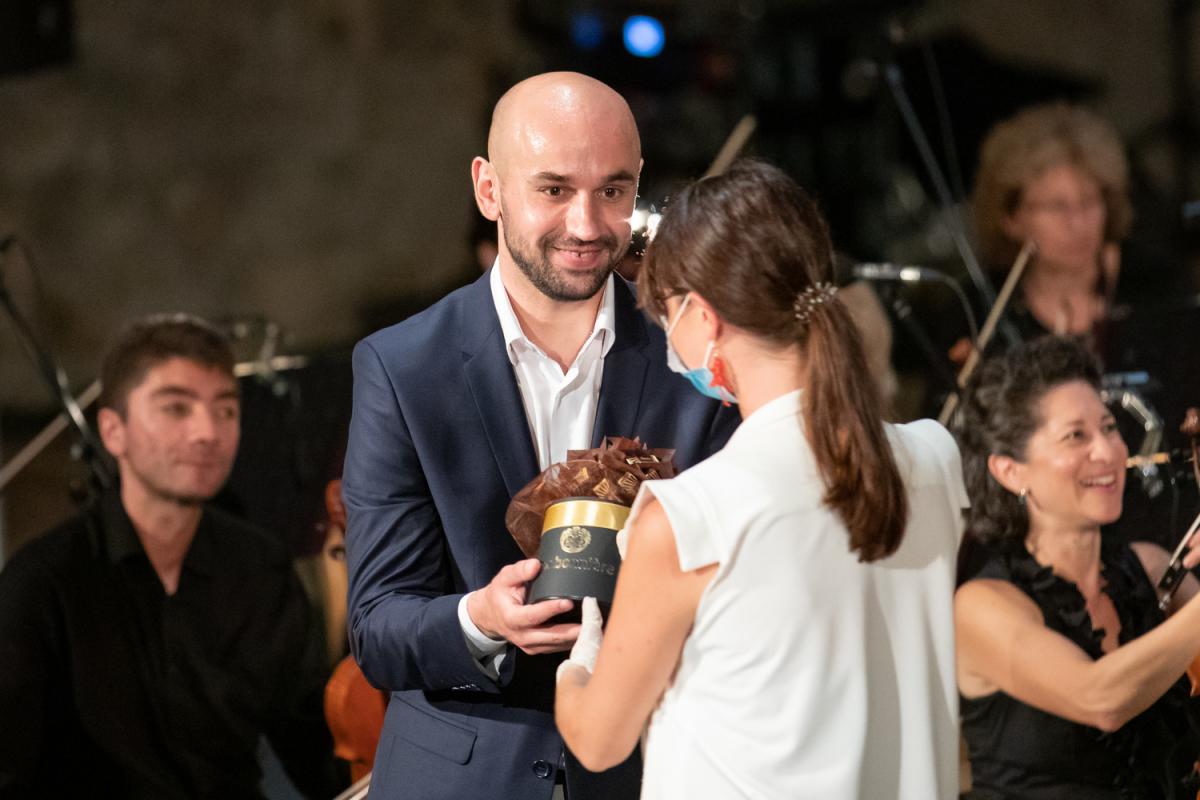 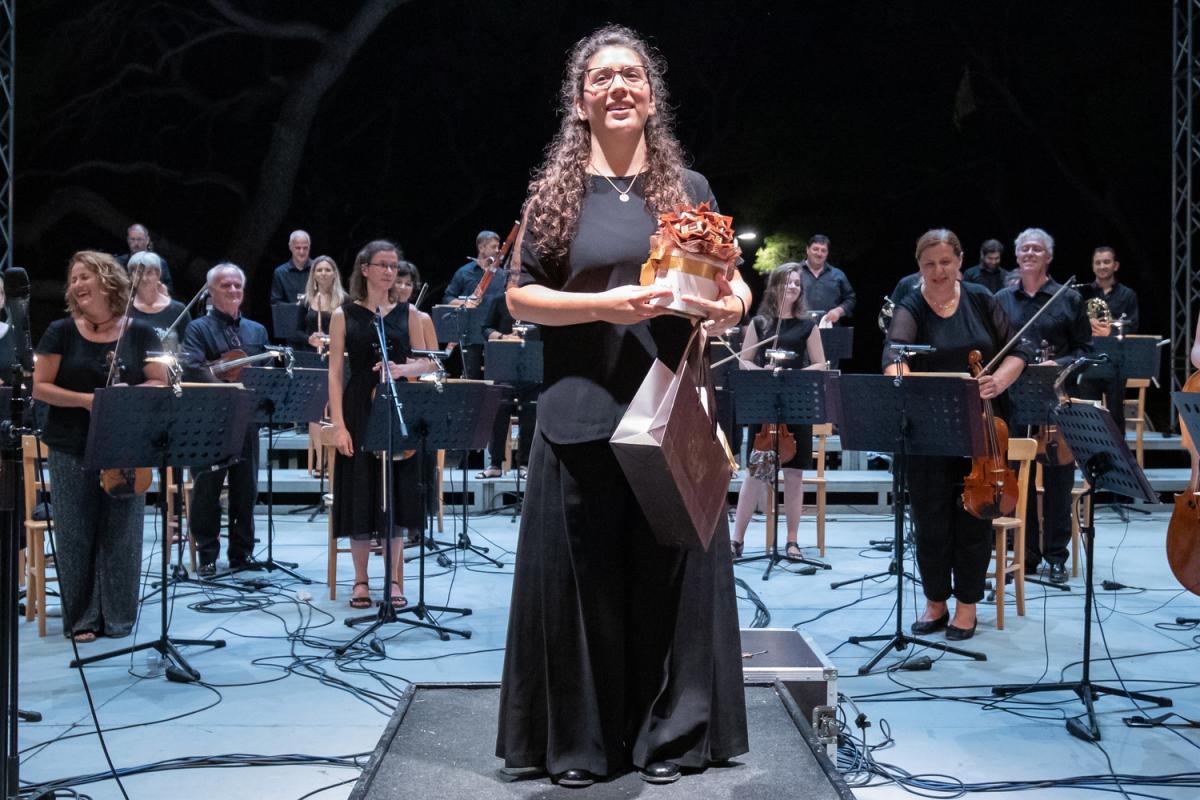 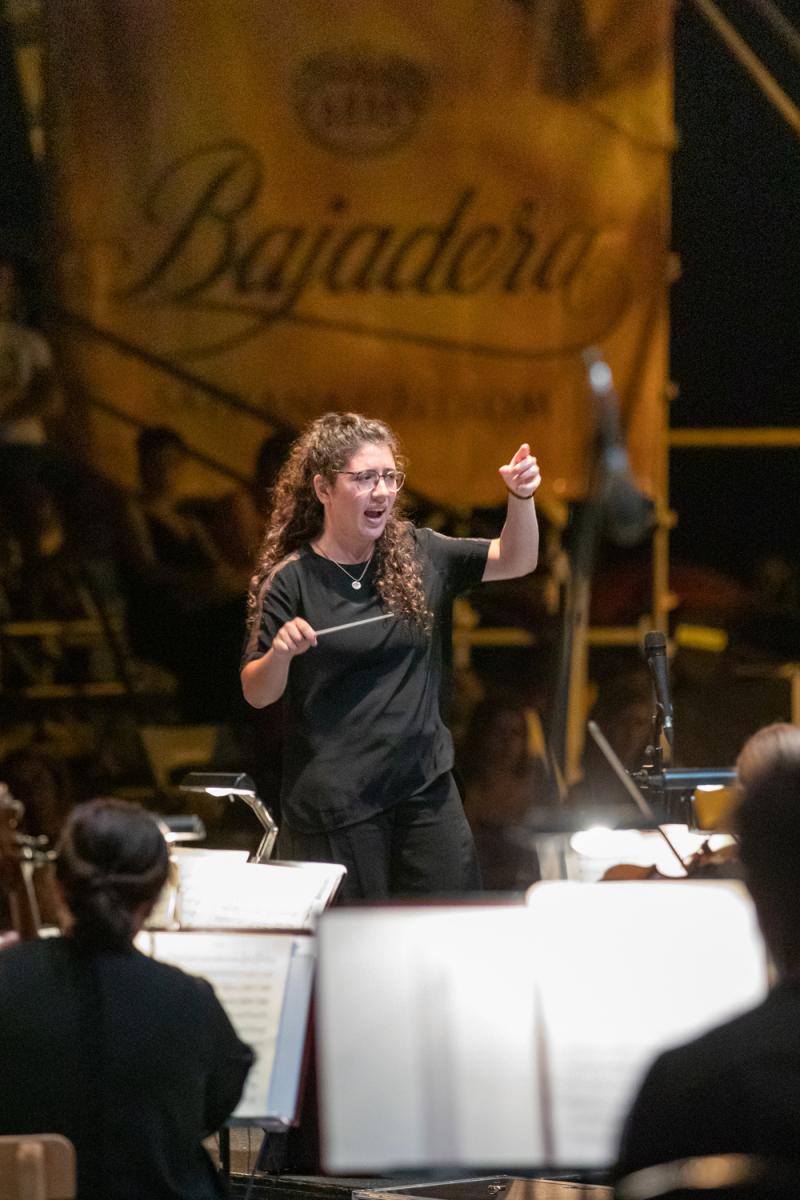