Debut performance of kvARTet at Rector’s Palace on Tuesday 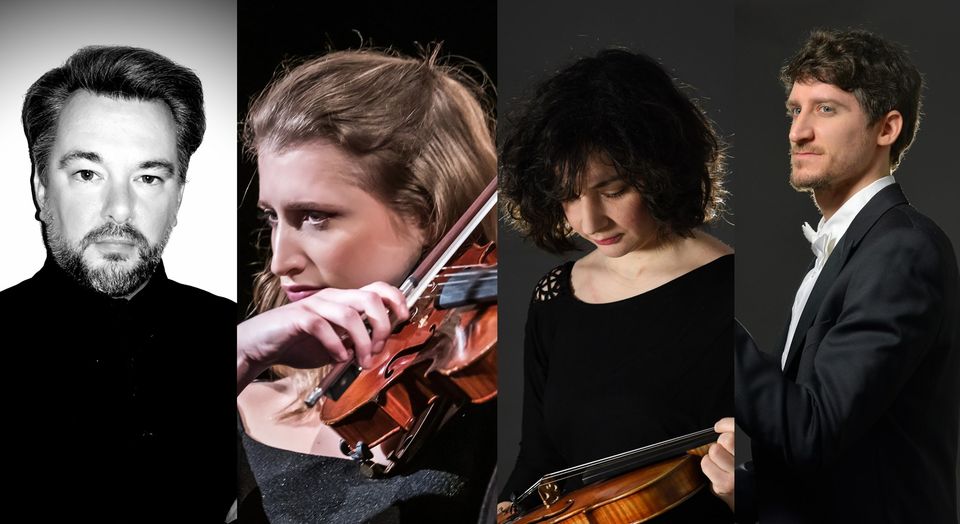 Violinists Đana Kahriman, Eva Šulić and Šimun Končić with cellist Pavle Zajcev will share the stage together for the first time as kvARTet, on Tuesday 3 August  at 9.30pm in the Rector’s Palace atrium, performing string quartets by van Beethoven and Dvořák.

Ludwig van Beethoven’s String Quartet No. 7 in F Major which the kvARTet ensemble will perform in the first part of the concert is the first of three of his Rasumovsky cycle of string quartets, a complex work of difficult, long and deeply thought out notes which the composer’s contemporaries considered to be “generally incomprehensible”, and which notoriously requires a vast technical repertoire. Today these impress with a “symphonic” approach to the string quartet. A mood reversal in the second part of the concert is brought about by String Quartet in F major, nicknamed “the American Quartet”, by Antonin Dvořák. The shortest and simplest of Dvořák’s chamber pieces, it was composed in the pastoral setting of Iowa, which influenced the composition’s character.

Đana Kahriman has won numerous awards at violin competitions. Since 2011 she is a member of the Zagreb Soloists and since 2015 concert master for the Dubrovnik Symphony Orchestra. Virtuoso violinist Eva Šulić received her education from top music conservatories, with many awards and acclaims won at prestigious competitions, and this year she became a member of the Croatian Radio and Television as assistant concert master. Lead viola of the Dubrovnik Symphony Orchestra Šimun Končić graduated from the Zagreb Academy of Music under Milan Čunko. He has also won awards at national competitions in solo and chamber competitions, and studied with distinguished professors, such as Bruno Giuranna, Hans Peter Ochsenhofer, Pavle Zajcev and others. Acclaimed cellist and Associate Professor of chamber music at the Zagreb Academy of Music Pavle Zajcev, the fourth member of the quartet, has a rich career as chamber musician and conductor. For his performance of Pavle Dešpalj’s Concerto for cello and strings with the Zagreb Soloists and recording of it with the Croatian Radio and Television Symphony Orchestra conducted by the composer, he won the prestigious Croatian award Porin in the category of Best Performance. As of 2010 he is a permanent associate of the Antiphonus Ensemble and a regular guest conductor with the Dubrovnik Symphony Orchestra.

Tickets for this standout debut are available for purchase at the Dubrovnik Summer Festival website www.dubrovnik-festival.hr or via www.ulaznice.hr ticketing service, and at the box office of the Festival Palace (Od Sigurate 1) every day from 9am to 9.30pm. Tickets will also be available on location two hours before the start of the performance. Ticket prices remain significantly reduced due to the economic situation being impacted by the pandemic, up to 50% lower as was the case last year. Purchases made with Mastercard® and Maestro® cards receive a 10% discount while all purchases and orders over 500HRK offer payment in instalments.