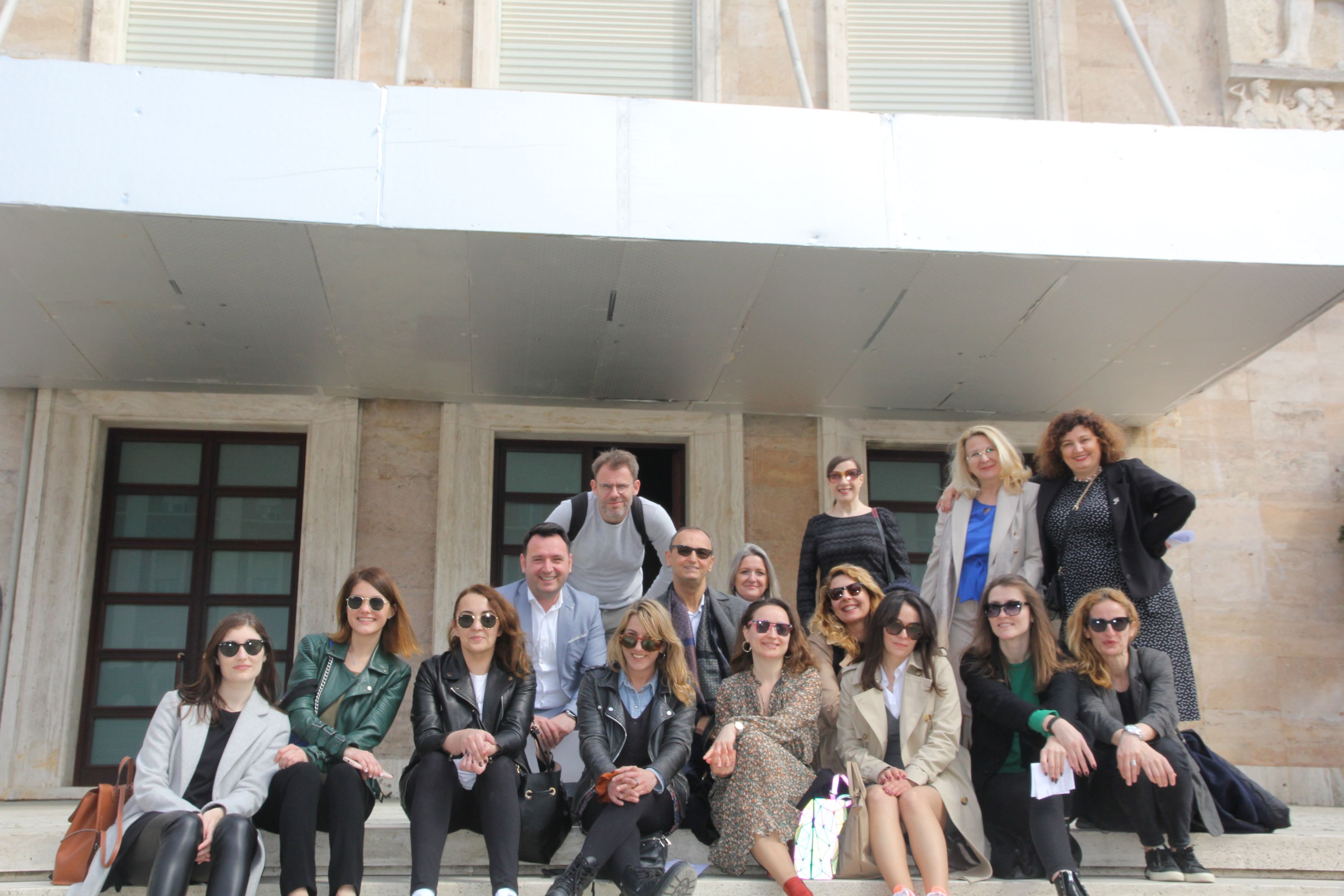 The two day “Developing Audiences for Classical Music“ workshop organised by the Vox Baroque international festival from Albania was held from 28 March to 29 March in Tirana as part of the #synergy: Sharpening the capacities of the classical music industry in the Western Balkans on which the Dubrovnik Summer Festival are a project partner.

The first part of the workshop gathered local Albanian CCI sector representatives: composer, ethnomusicologist and Vice-President of the Academy of Sciences of Albania prof. dr. Vasil S. Tole, Director of Policies and Cultural Development Strategies with the Albanian Ministry of Culture dr. Herida Duro and Advisor of the Minister of Youth mrs. Abigeila Voshtina who discussed historical approaches and different strategies regarding policies for sustainable development and growth of classical music audiences. 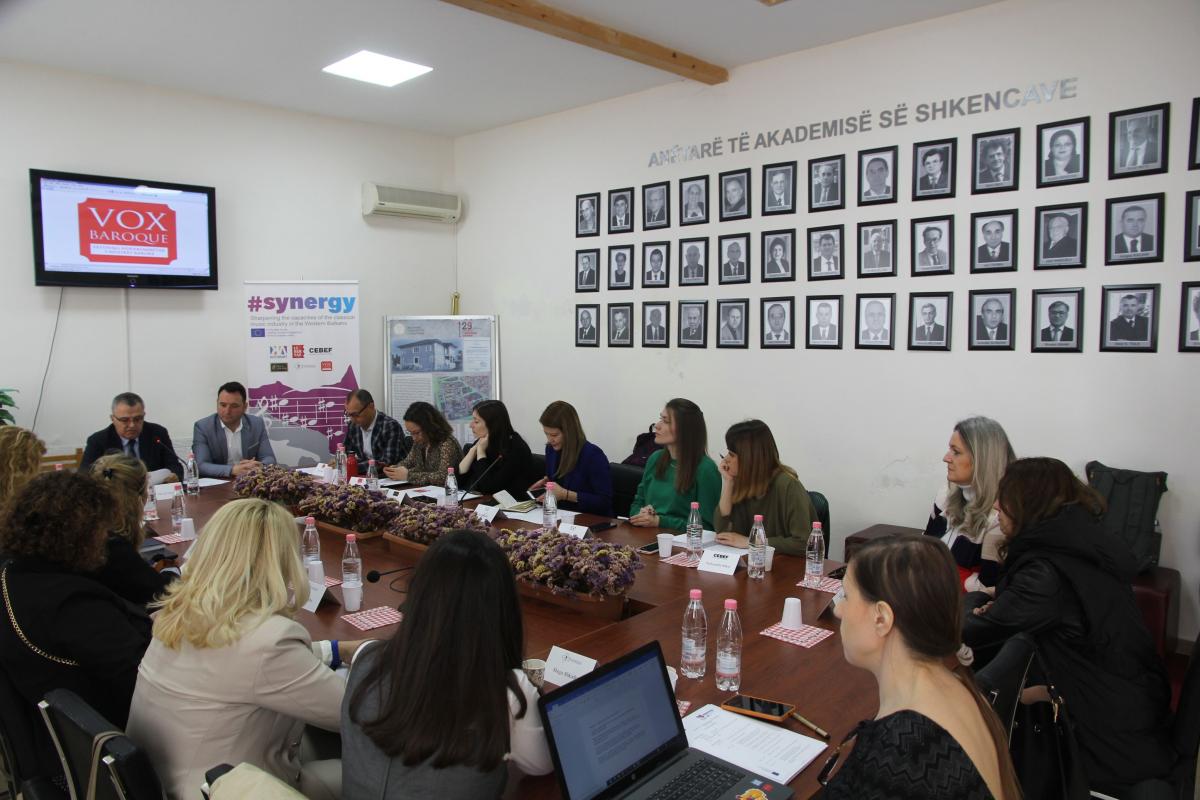 The second part of the workshop was aimed at discussing different approaches and methodologies used by the some of the most reputable festivals in the region KotorArt Don Branko´s Music Days (Kotor), Dubrovnik Summer Festival (Croatia), Ljubljana Festival (Slovenia), Belgrade Festivals Center (Serbia), Vox Baroque (Albania) and Chopin Piano Fest (Kosovo), when it comes to developing the audiences for classical music.

– We all have issues with our countries’ politics. Institutions don’t all follow the same direction and don’t recognize it as a way to educate the audience. Before Vox Baroque, no one in Albania knew what baroque music was, except the musicians. (..) People have a love for art, music, and education, but there also needs to be a strong guiding hand of the government that will come up with strategies to handle the field – pointed out Denis Bizga of the International Festival Vox Baroque during his presentation.

This was a third of the overall six workshops which are being organised as part of #synergy: Sharpening the capacities of the classical music industry in the Western Balkans EU project. Through these workshops and regional mobility opportunities, in addition to networking, its participants are given the opportunity to share their experience and know-how with their colleagues, cultural professionals in order to enhance their competitiveness and open up opportunities for co-production. Next workshop entitled “Professional Education and Classical Music” is to be organized by Chopin Piano Festival in May in Prishtina, Kosovo. 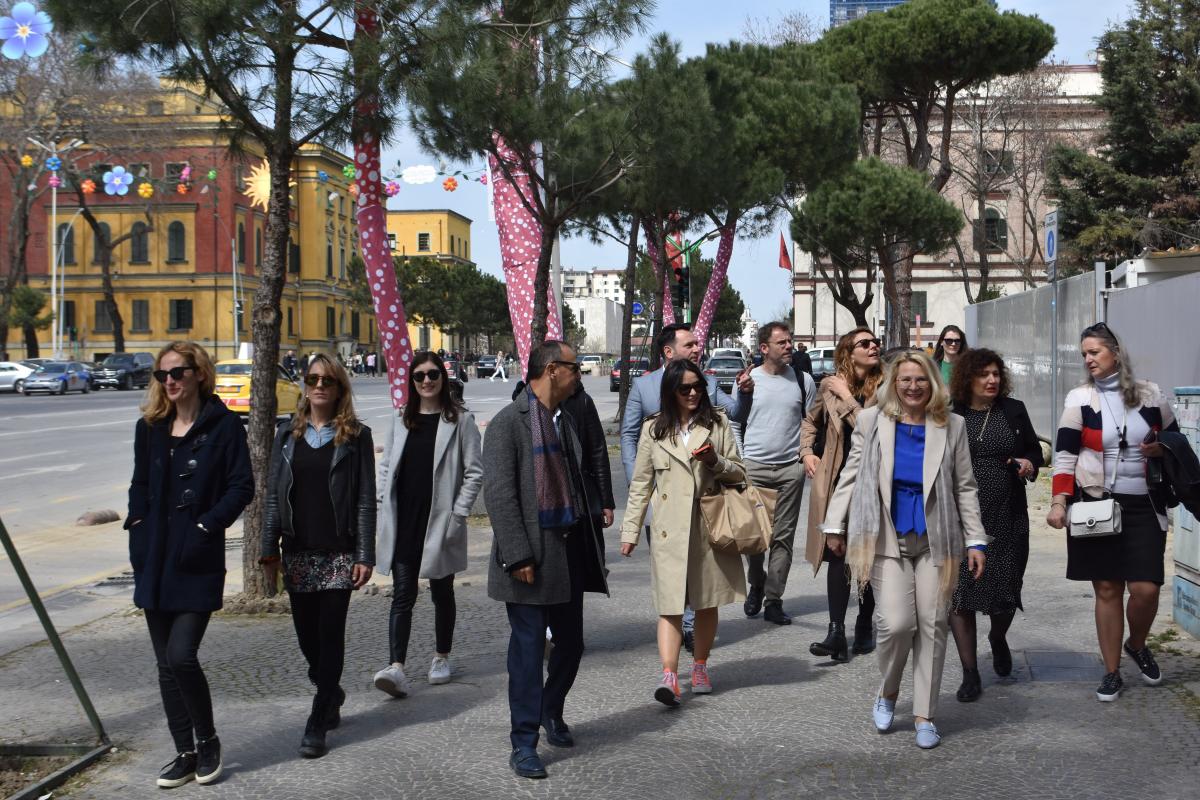 The project #synergy: Sharpening the capacities of the classical music industry in the Western Balkans is co-funded by the EU Creative Europe programme and brings together six important festivals from the region: the KotorArt Don Branko’s Music Days (Montenegro), Dubrovnik Summer Festival (Croatia), Belgrade Summer Festival (Serbia), Ljubljana Festival (Slovenia), Vox Baroque Festival (Albania), and the Chopin Piano Fest Prishtina (Kosovo). The project aims to provide new skills and connect cultural professionals, primarily those who work in the music festival and classical music sector, to encourage composers to write new pieces inspired by the local heritage of partner countries, as well as to facilitate networking and collaboration between young musicians, composers, and classical music organizations in the Western Balkans.