The Dubrovnik Symphony Orchestra under the baton of the Brazilian maestro Eduardo Strausser and the piano virtuoso Goran Filipec held a magnificent concert, sponsored by Kraš, last evening 18 August and with a brilliant performance of pieces by Franz Liszt and Robert Schumann impressed the large festival audience gathered in front of the Cathedral. 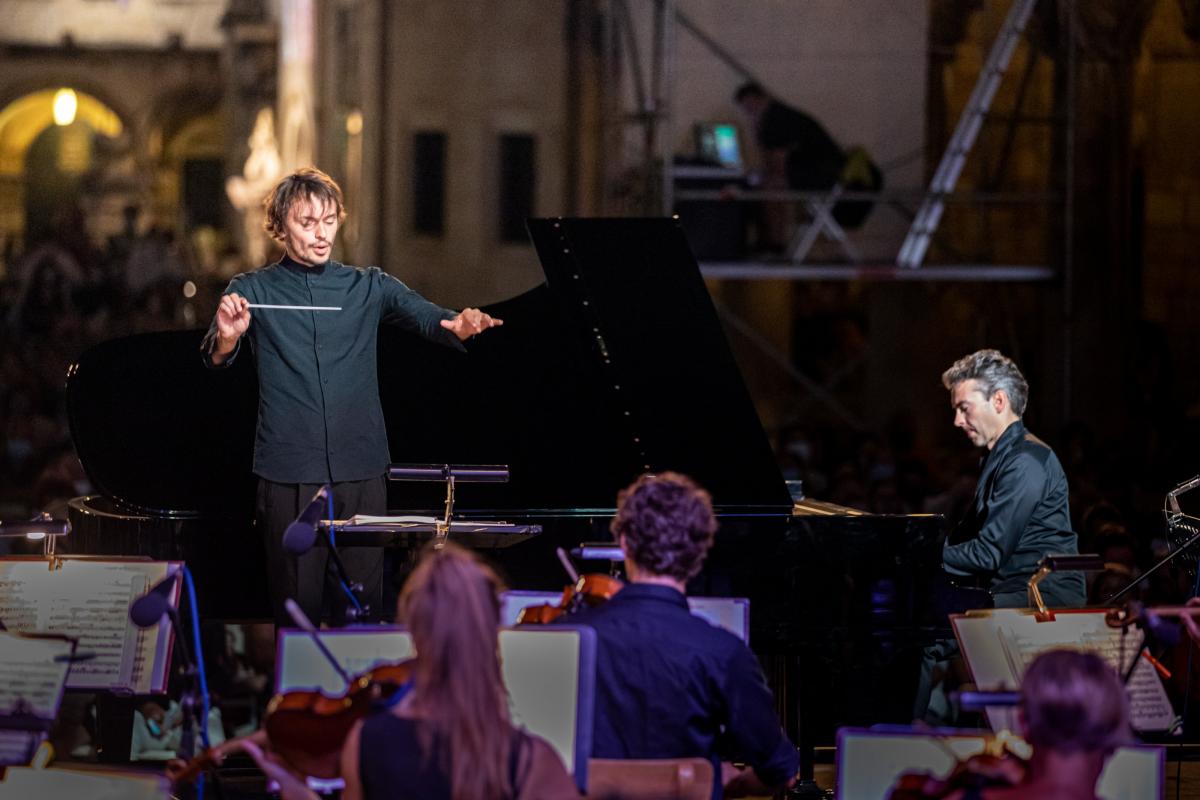 With the last night’s concert, which not even the strong wind could oil, the Dubrovnik Symphony Orchestra who are one of the key parts of the Dubrovnik Summer Festival music programme once again confirmed the high quality of their performances, more than holding their own and sharing the stage with the talented Goran Filipec. The Rijeka-born pianist known for his highly virtuosic interpretations of Liszt impressed last night with perfect technique, refined style and above all with masterful yet lively playing. Great chemistry with the Orchestra and Filipec had the charismatic and energetic conductor Eduardo Strausser whose spirited strength and magnetic stage presence won over the audience. Long applause followed each piece, first Liszt’s Totentanz, a technically challenging work of impressive, monumental sound which the uses the well-known Gregorian sequence Dies irae as a theme and in which the powerful orchestra is counterpointed with swirling passages of the piano. Another Liszt piece, the Spanish Rhapsody followed after Schumann’s Symphony No.2 in C-major, composed after a difficult time in Schumann’s life during which he suffered both mentally and physically, and which thus is instilled with a distinct self-described ‘combativeness’ and defiance, with a ‘very moody and rebellious character’ in a musical interplay of ‘light and shadow’. Meanwhile, the Spanish Rhapsody, arranged for piano and orchestra by the great proponent of Liszt’s music Ferruccio Busoni, has its basis in traditional Spanish melodies and the Aragonese jota dance creating a work of splendid style, Spanish colours and unparalleled elegance but which is technically challenging for pianists. However, the outstanding musicians successfully coped last night with not only the difficult compositions but with not quite favorable weather conditions for which they were, at the end of the programme, rewarded with a long applause and a standing ovation. 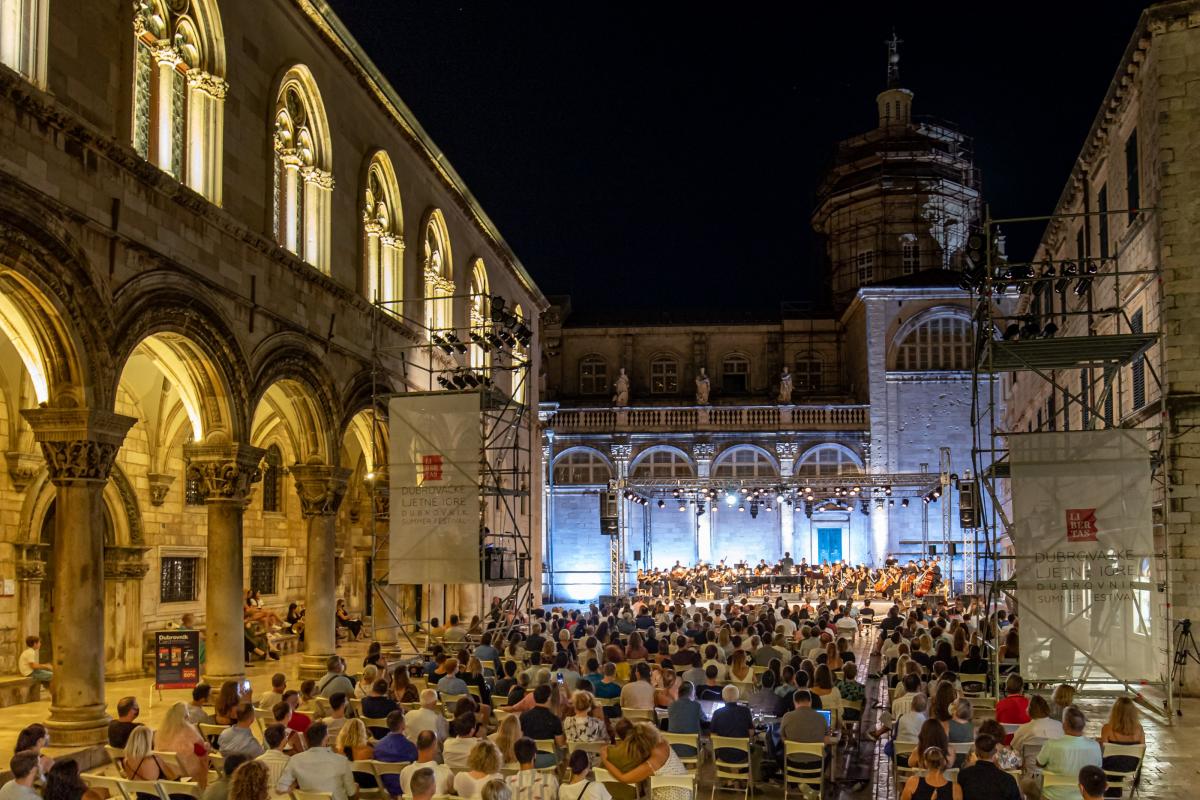 The next concert on the 72nd Festival’s music programme is on tonight, 19 August at 9.30 p.m. at the Bunić-Kaboga Summer Villa where the unique Harlequin Art Collective will perform an Olivier Messiaen song cycle.