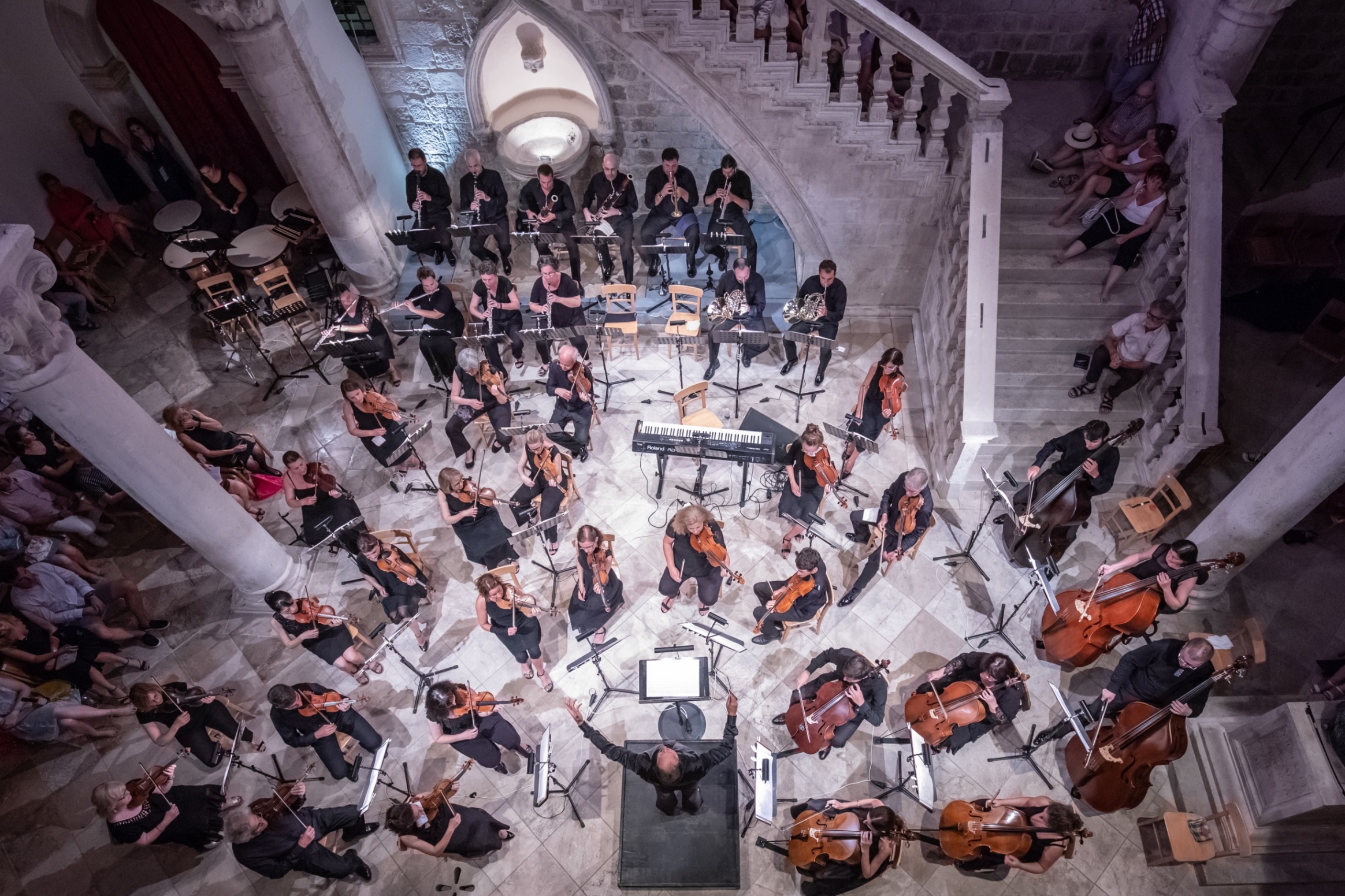 The Dubrovnik Symphony Orchestra String Chamber Ensemble with Eva Šulić on violin and under the baton of maestro Ivan Hut will hold a concert on Thursday 29 July, at 9.30pm in the Rector’s Palace atrium. On the programme are Dešpalj, Piazzolla and Šoštaković.

Opening the concert will be Šime Dešpalj’s Moba – Prelude, Choral and Fugue for Orchestra, a piece first performed exactly 60 years ago and written for the first Musical evening in St. Donat church in Zadar, an event started by Dešpalj’s son Pavle. Following are The Four Seasons of Buenos Aires or Cuatro Estaciones Porteñas by Ástor Piazzolla as arranged by Leonid Desyatnikov to honour the one hundredth anniversary of the great composer’s birth, during which violinist Eva Šulić will join the DSO. At the end of the programme Rudolf Rudolf Barshai's arrangement of Dmitri Shostakovich’s Chamber Symphony.

The Dubrovnik Symphony Orchestra String Chamber Ensemble (DSO) is a key part of the rich and varied cultural heritage of Dubrovnik and Croatia, as such regularly performing at unique venues of its home city and thus also traditionally appearing on the Dubrovnik Summer Festival programmes. With well-known national and acclaimed international musicians, they interpret works by Baroque, Classical and Romantic masters, not only in Dubrovnik but also on world tours. Eva Šulić is a young yet already virtuoso violinist who received her music education at top conservatories, won countless awards and acclaims at prestigious competitions, performed and collaborated with prominent musicians both national and international. As of 2021, Šulić is a member of the Croatian Radio and Television Symphony Orchestra as Associate Concertmaster. The same year she won the first prize at the Papandopulo competition, and the Croatian Society of Composers award for the best performance of a Boris Papandopulo composition. She is the winner of the prestigious Stjepan Šulek Award for the best performance of a violin composition, which was awarded to her by the Stjepan Šulek Fund. As part of the award-winning Trio Eusebius, she made her debut at the Dubrovnik Summer Festival last year. Maestro Ivan Hut is also an excellent viola player, having won many awards and performing all over Europe. From 2005 to 2010 he was a professor of viola, chamber music as well as the string orchestra conductor at the Josip Hatze School of Music. From 2000 to 2009 he was a permanent member of the Split Chamber Orchestra where, with the constant presence and inspiration of Mo. Pavle Dešpalj, was born a love for conducting. Since December 2020, he is a conductor with the Dubrovnik Symphony Orchestra and this will be his first performance at the Festival. 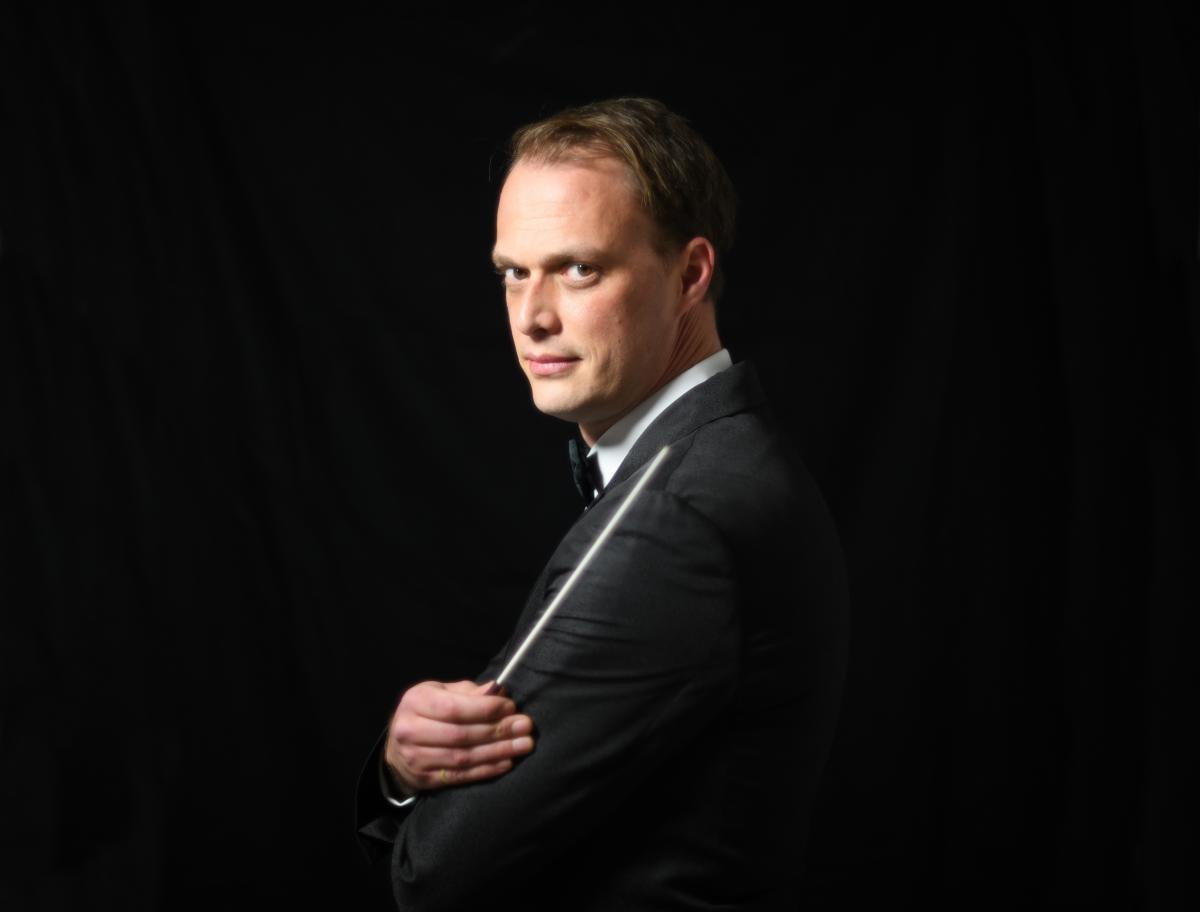 Tickets for the concert and all other Festival programmes are available for purchase at the Dubrovnik Summer Festival website www.dubrovnik-festival.hr or via www.ulaznice.hr ticketing service, and at the box office of the Festival Palace (Od Sigurate 1) every day from 9am to 9.30pm. Tickets will also be available on location two hours before the start of the performance. Ticket prices remain significantly reduced due to the economic situation being impacted by the pandemic, up to 50% lower as was the case last year. Purchases made with Mastercard® and Maestro® cards receive a 10% discount while all purchases and orders over 500HRK offer payment in instalments.