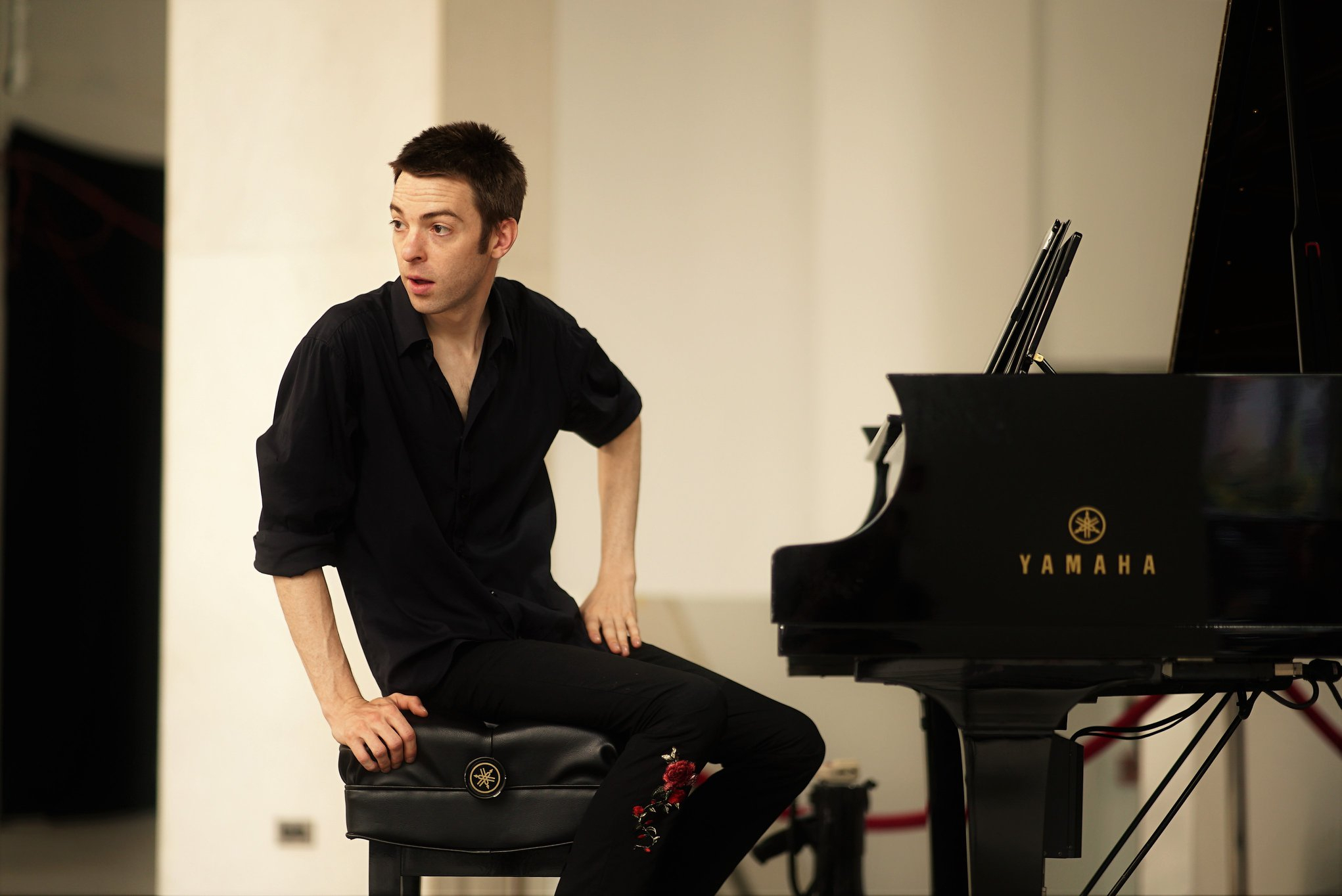 The popular young American pianist and electronic music composer Evan Shinners will hold an interactive workshop Musical Play for Children with Igor Jurinić as the narrator on Saturday and Sunday 14 and 15 August in two time slots, at 19.30pm for children ages 4 to 7 and at 9pm for children from 7 to 12 years old. The programme is supported by the Caboga Stiftung foundation and free to attend with tickets collected prior to the event at the box office of the Festival Palace (Od Sigurate 1) which is open every day from 9am to 9.30pm.

“What is the 'Stuff' of music?”, “Was music invented or discovered?” and “How is sound made?” are some of the questions that the youngest Festival patrons will seek out answers to through a creative and site-interactive workshop led by Evan Shinners and actor, musician, and on this occasion translator Igor Jurinić. Their story will begin with a single impulse that creates a pitch which itself is actually a collection of notes. Using a “musical X-ray” the children will learn more about notes and how these building blocks of sound used in every musical culture in the world and how they are in fact everywhere around us – from children’s nursery rhymes to a simple door closing. The piano virtuoso Shinners who is dedicated and specializes in the music of J.S. Bach will introduce briefly that great composer who found the most miraculous way to unite all the elements of sound, and feature a healthy dose of his keyboard music.

Evan Shinners is a dedicated scholar of J.S. Bach and a great inspiration to young resolute artists around the world. He is the founder of ‘The Bach Store’ and host of ‘The WTF Bach Podcast’. Shinners began his musical studies at the age of 9 and made his orchestral debut at age 12. He became a Yamaha artist in 2015 and began experimenting with Disklavier technology using which he was able to record Bach’s ‘organ sonatas’ on piano – the first of its kind. He also commenced on a massive recording project of Bach’s complete solo keyboard and, furthermore, Shinners founded a non-profit organization with the goal of ‘bringing Bach to the masses in non-typical venues’. Igor Jurinić plays the piano and percussions, has won first prizes in national competitions and has had numerous solo performances and orchestra collaborations, such as with the Croatian Radio and Television Symphony Orchestra as a finalist of the Eurovision Young Musicians competition, the Zagreb Flute Ensemble, the Gaj Cultural-Artistic Society and others. He is currently completing his first year of Master’s Degree in acting and, apart from successfully passing art exams, he participates in projects of other departments of the Zagreb Academy of Dramatic Art (Dramaturgy, Directing, Dance, Production) and events such as DeSADU, FRKA and KRADU while also doing collaborative multi-arts academy projects.

Participation in the workshop is free of charge but, due to limited number of spots available as mandated by the current epidemiological measures in Croatia, free tickets must be collected at the Festival Palace (Od Sigurate 1), from 9am to 9.20pm, prior to the event. Tickets are available as of tomorrow, 7 August.