Fairy Tales from the Dubrovnik Area premiered on the 71st Festival 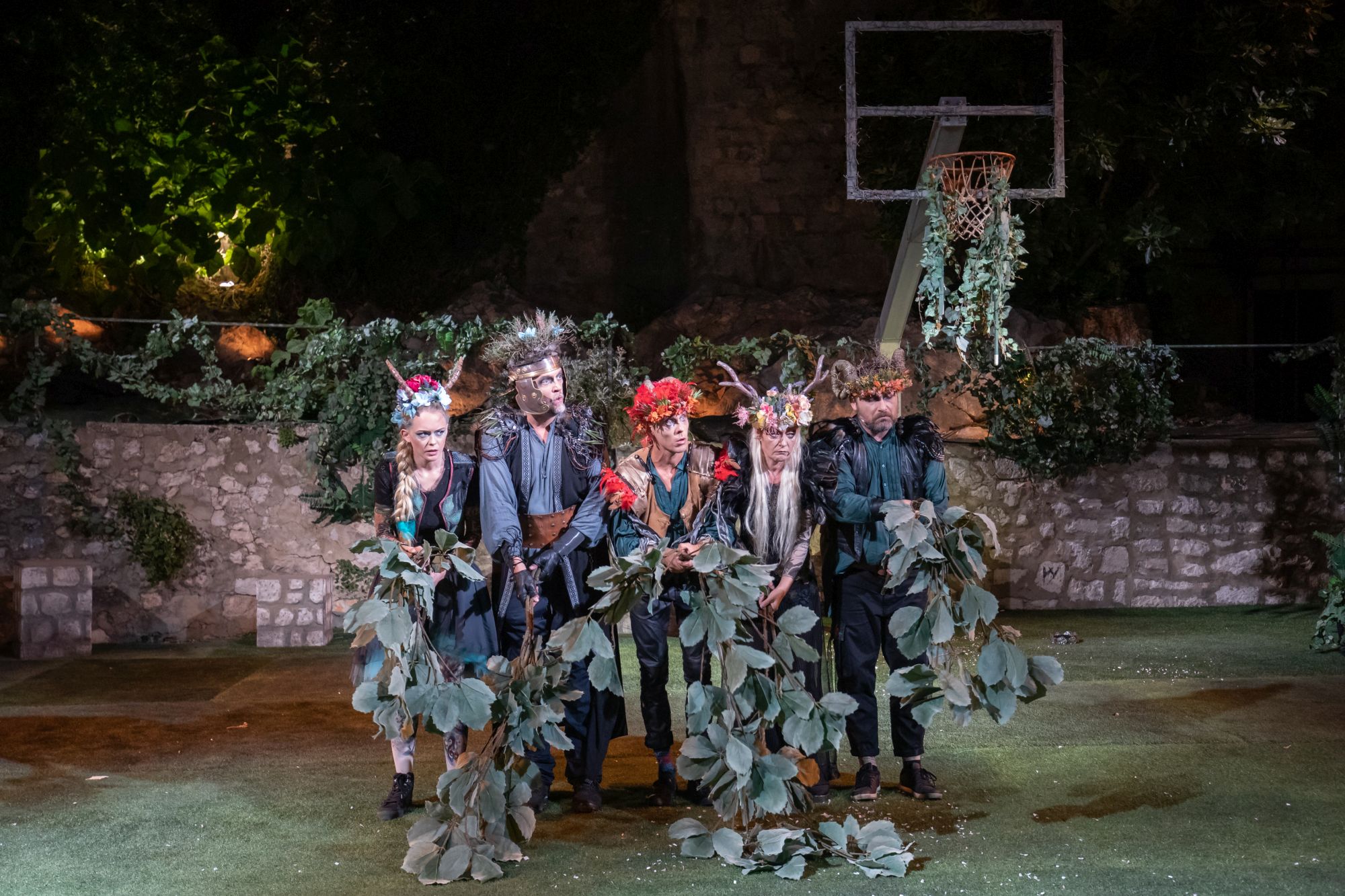 In co-production with the Marin Držić Theatre, with the support of the Caboga Stiftung the premiere performance of  "The Golden Book - fairy tales from the Dubrovnik area" was held last night, 1 August at the Collegium Ragusinum playground, with other two performances scheduled for Sunday and Monday, 2 and 3 August.

The play The Golden Book directed by Helena Patković is based on fairy tales from the Dubrovnik area which were selected and presented by Aleksandra Piteša and Ivica Kipre in a book of the same title. They are the classic examples of oral folk creation, filled with phantasmagorical characters, gripping 'dramatic' situations in which the protagonists' qualities are tested and rewarded in a variety of ways, they abound in archetypal elements which, when reading from our modern perspective, open up space for a humorous and interesting theatricalization. The stories also abound in interesting acoustic images and elements, which is, considering the fact that the play includes musical segments, extremely important to us. The magic within the plot is often invoked with instruments – bells, flutes – which makes the orchestra an important plot initiator on the stage and, in a way, one of the protagonists. The play consists of intertwined plots, motifs and characters from different tales (The Rosemary Girl, Three Brothers and the Golden Apple, The Sprite) in order to create an original world on the stage, interesting and appealing to the youngest audiences, which was taken care of by playwrights Marin Lisjak and Filip Jurjević, all with live music. 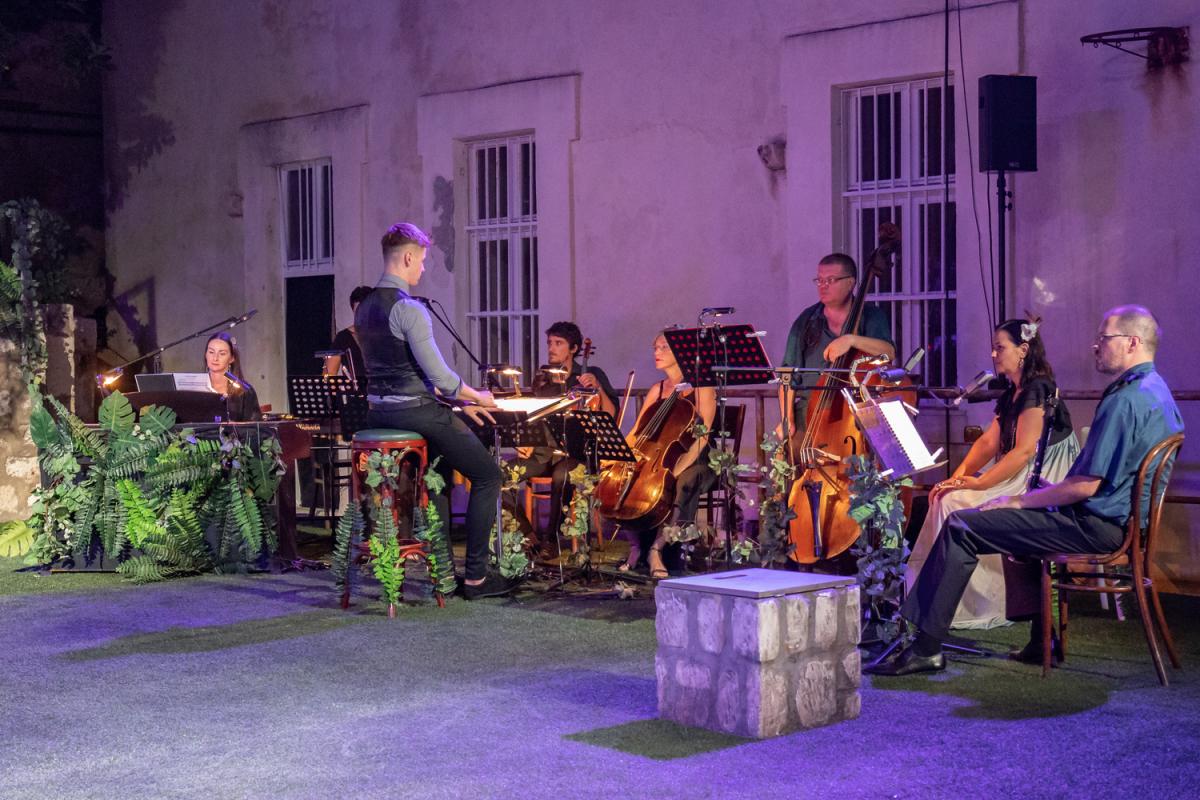 It is the participation of the orchestra in this story that is an important driver of the action due to the use of various instruments that evoke the plot, and in a way become one of the protagonists. The stories abound in interesting acoustic images and elements, which inspired the composer Ivan Končić to create original music, which will be conducted by Franko Klisović with the chamber orchestra consisting of violinist Đana Kahriman, violist Šimun Končić, cellist Vanda Đanić, double bass Denis Ajduković, clarinetist Stijepo Medo, pianist Stefani Grbić and percussionist Karmen Pervitić. While the magical world of fairy tales of the Dubrovnik region was embodied on the stage by Mirej Stanić, Ivana Gulin, Hrvoje Sebastijan, Zdeslav Čotić, Bojan Beribaka, Dario Gverović and Dan Vukelić, and the rest of the author team consists of set designer and costume designer Irena Kraljić, light designer Marko Mijatović, associate set designer headboard and decoration designer Ana Mikulić. 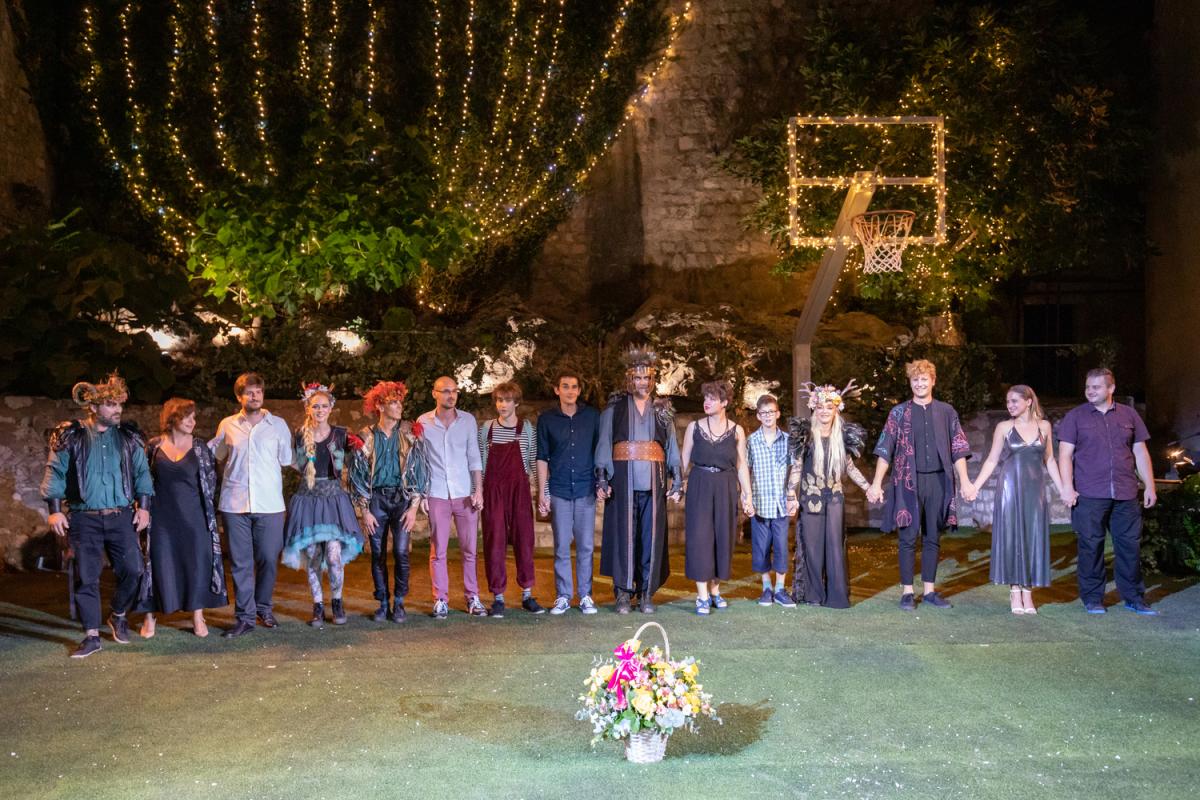 To the satisfaction of the youngest audience, the support of the Caboga Stiftung Foundation and the co-production collaboration between the Festival and the Marin Držić Theater will enable the play "The Golden Book" to come to life on the MDT stage in the upcoming theater season.

- I am extremely proud of our cooperation with the Dubrovnik Summer Festival and I think that co-productions are the future of theater production in Croatia. In order to raise the standard of performing arts for children and youth in the city of Dubrovnik, I consider this project extremely successful and I hope it will open the way for new joint projects - said on this occasion the director of the Marin Držić Theater Paolo Tišljarić.