Fantastic performance by the young Trio Eusebius rewarded with a big round of applause!

Home/ News/ Fantastic performance by the young Trio Eusebius rewarded with a big round of applause! 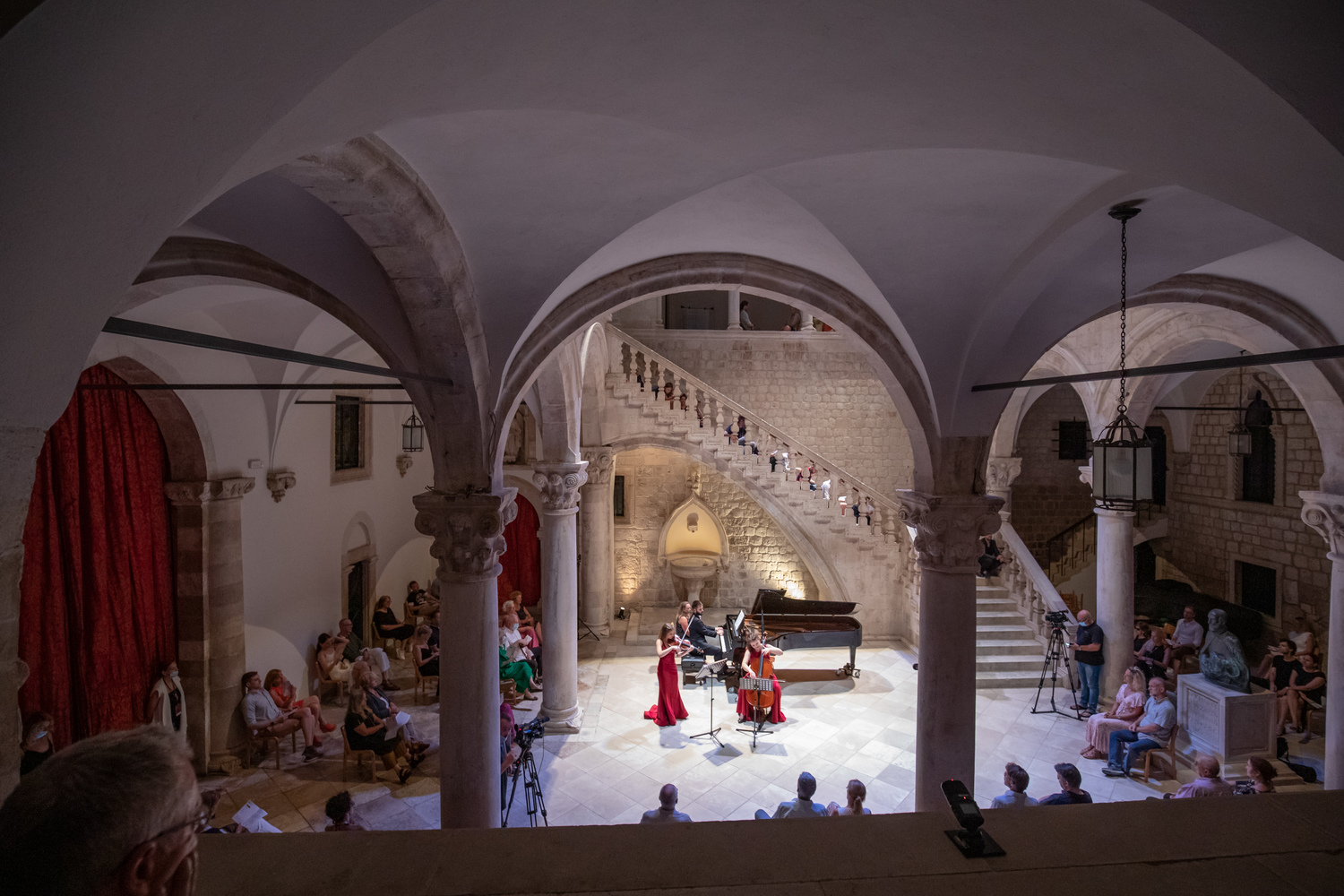 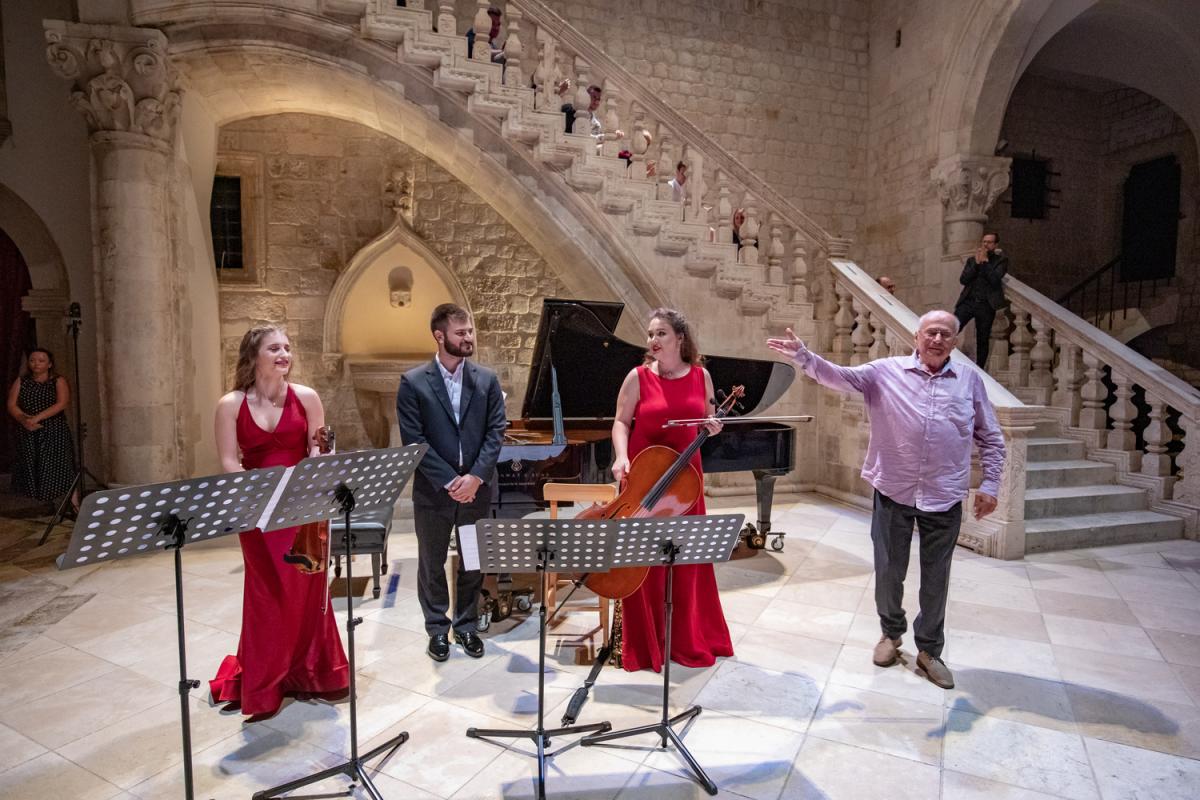 The program of their first Festival performance included They Call Me Tyror a composition by Dubravko Detoni, Dmitri Shostakovich's Trio for Violin, Cello and Piano, and Maurice Ravel's Piano Trio in A minor. Every musical thought of this trio was clear to the core, brought with hundreds of colors and shades of musical dynamics, in an atmosphere in which the audience listened breathlessly. Ravel, Shostakovich, Detoni, as well as two musical additions Obradović's Tango To Go and Igor Stravinsky's Petrushka performed equally crystal and vivid and were rewarded by audience applause. It is interesting to mention that last night the concert was attended by two composers whose works were performed by young musicians, both Dubravko Detoni and Petar Obradović seemed happy to attend last night's musical event in the atrium of the Rector's Palace. 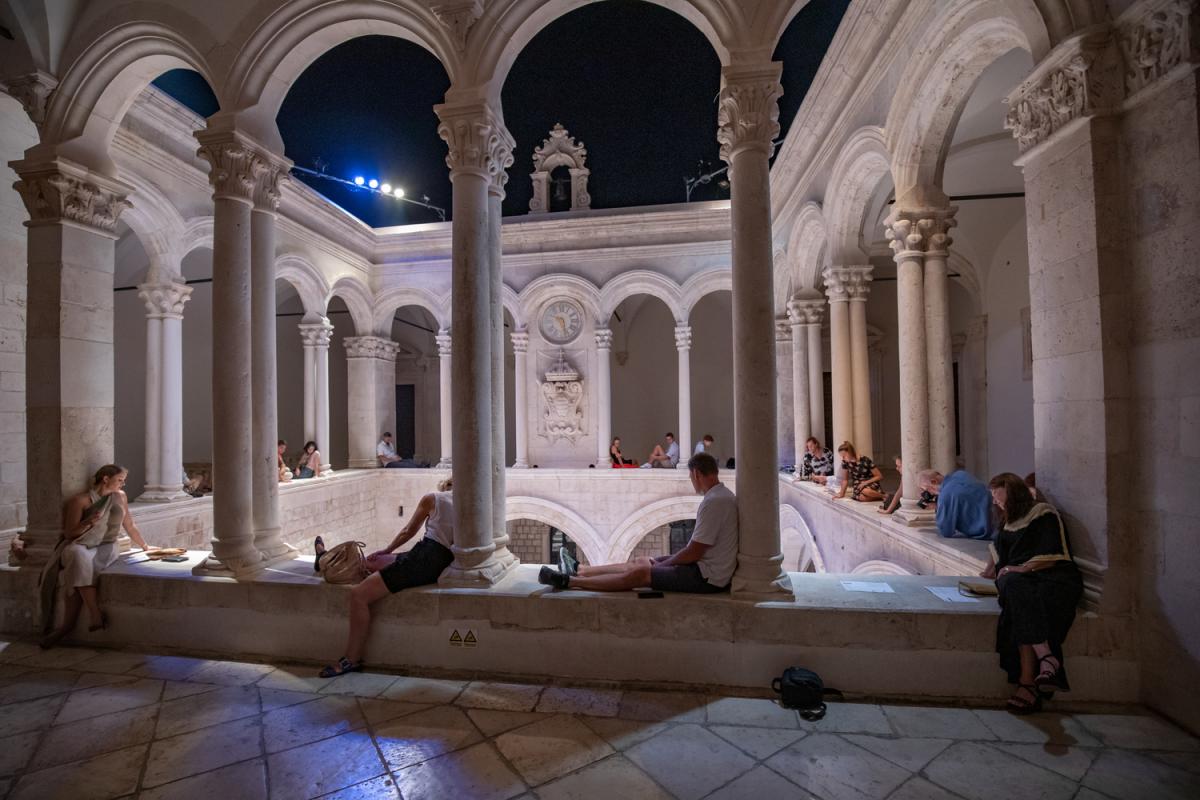 Trio Eusebius is a piano trio founded in 2017 at the Zagreb Academy of Music, and since then they perform under the mentorship of Professor Pavle Zajcev. In 2019 they achieved great results at the 16th Ferdo Livadić International Competition of Young Musicians, winning the Ferdo Livadić Award for Best Artistic Personality and the City of Samobor and Croatian Composers’ Society Award for Best Performance of a Work by a Croatian Composer for Dubravko Detoni’s composition They Call Me Tryor, exactly the composition performed last night. 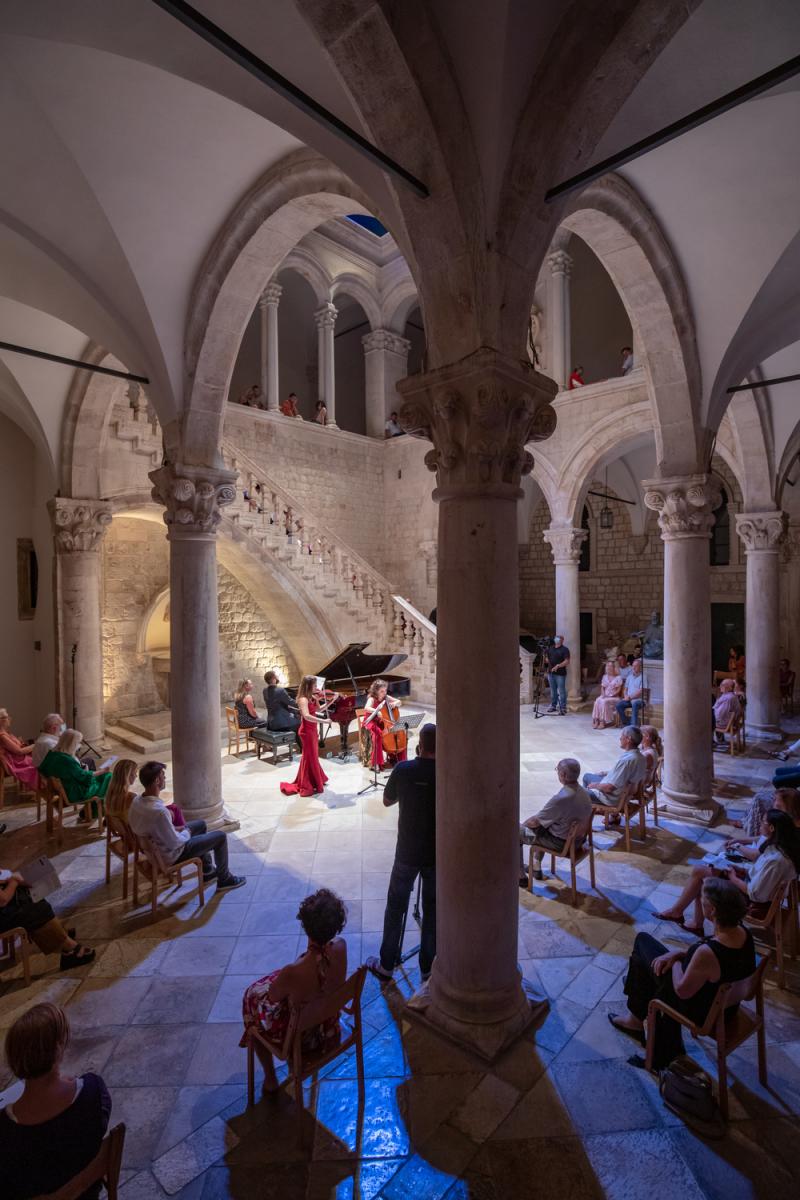 Next performance of the music program of the 71st Festival brings a concert by the Dubrovnik Symphony Orchestra in Gradac Park dedicated to the great 250th birth anniversary of Ludwig van Beethoven, on Thursday, July 30, starting at 9.30 pm. On that occasion, the orchestra will be conducted by a young Italian-Turkish conductor Nil Venditti, and pianist Marijan Đuzel will join them in the performance of Beethoven's Emperor Piano Concerto.