The Festival marked the 750th anniversary of the Dubrovnik Statute 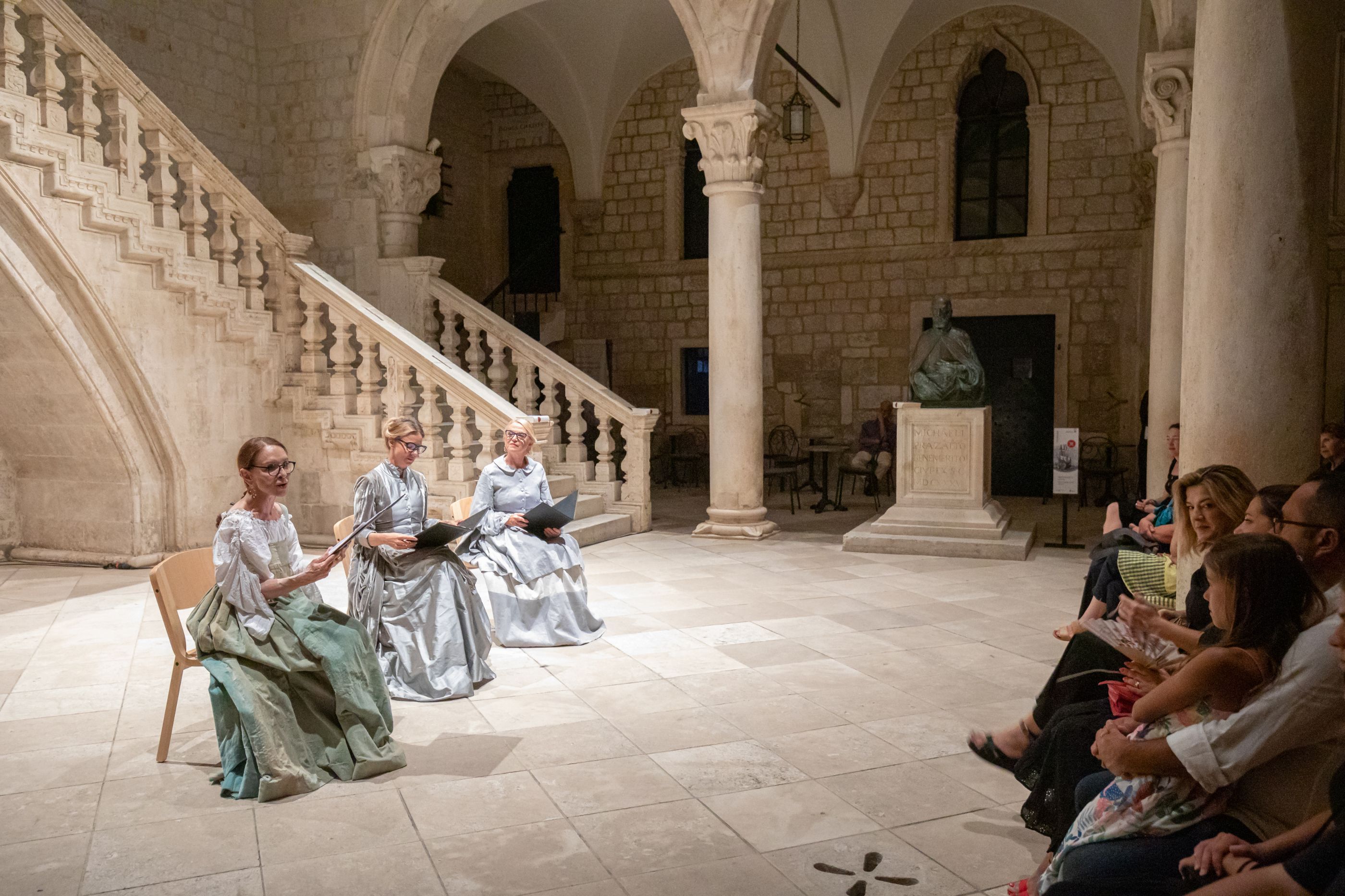 The Festival programme entitled Liber Statutorum Civitatis Ragusii, dedicated to celebrating 750th anniversary of the promulgation of the Statute of Dubrovnik was held last night, 8 August at the Rector’s Palace. 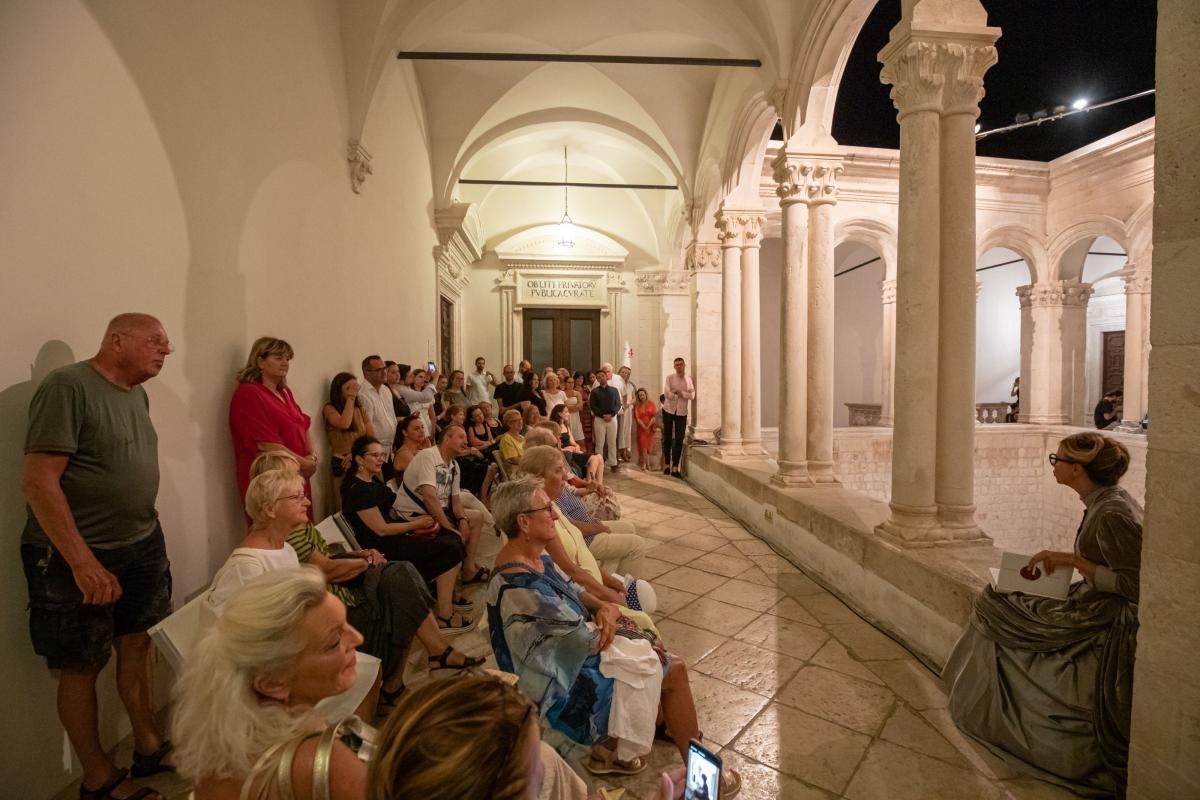 The programme led by led by actresses Doris Šarić-Kukuljica, Perica Martinović and Nataša Dangubić, introduced the festival audience to some of the laws of the Republic of Dubrovnik. Walking through the Rector's Palace, the actresses, stopping at different locations, read parts of the Statute, commenting on them with the gathered crowd. The performance used excerpts from the Introduction by Nella Lonza in the 2002 edition of the Statute of the City of Dubrovnik, by the State Archive in Dubrovnik, and this festival evening, although tempted by a strong wind, with the support of the great interest of the audience, appropriately marked the big anniversary of the Dubrovnik Statute. 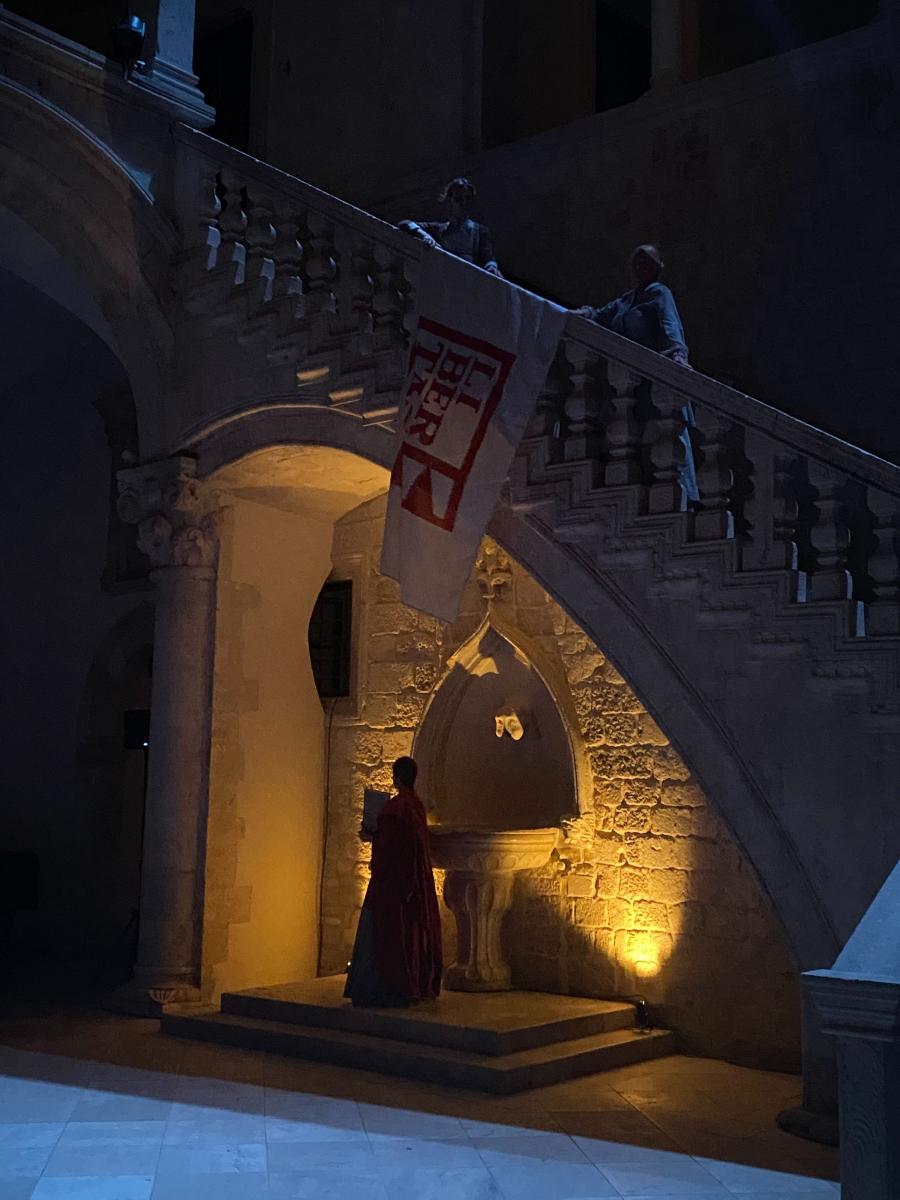 The basis of the legal order of the Republic of Dubrovnik and a strong symbol of the Dubrovnik identity, the Liber statutorum civitatis Ragusii, i.e. the Statute of Dubrovnik, was promulgated on 29 May, 1272. In addition to concrete solutions for the needs of the local community, it incorporates three traditions: the urban culture of Mediterranean cities, the principles of prudent administration articulated in the 13th century political thought and practice, and above all, a powerful European legal heritage. The text of the Statute was written in Latin, and it was only recently translated into Croatian and English. The City Council of the City of Dubrovnik, at its 5th session held on 27 October, 2021, declared 2022 the Year of the Dubrovnik Statute to especially mark this significant jubilee.