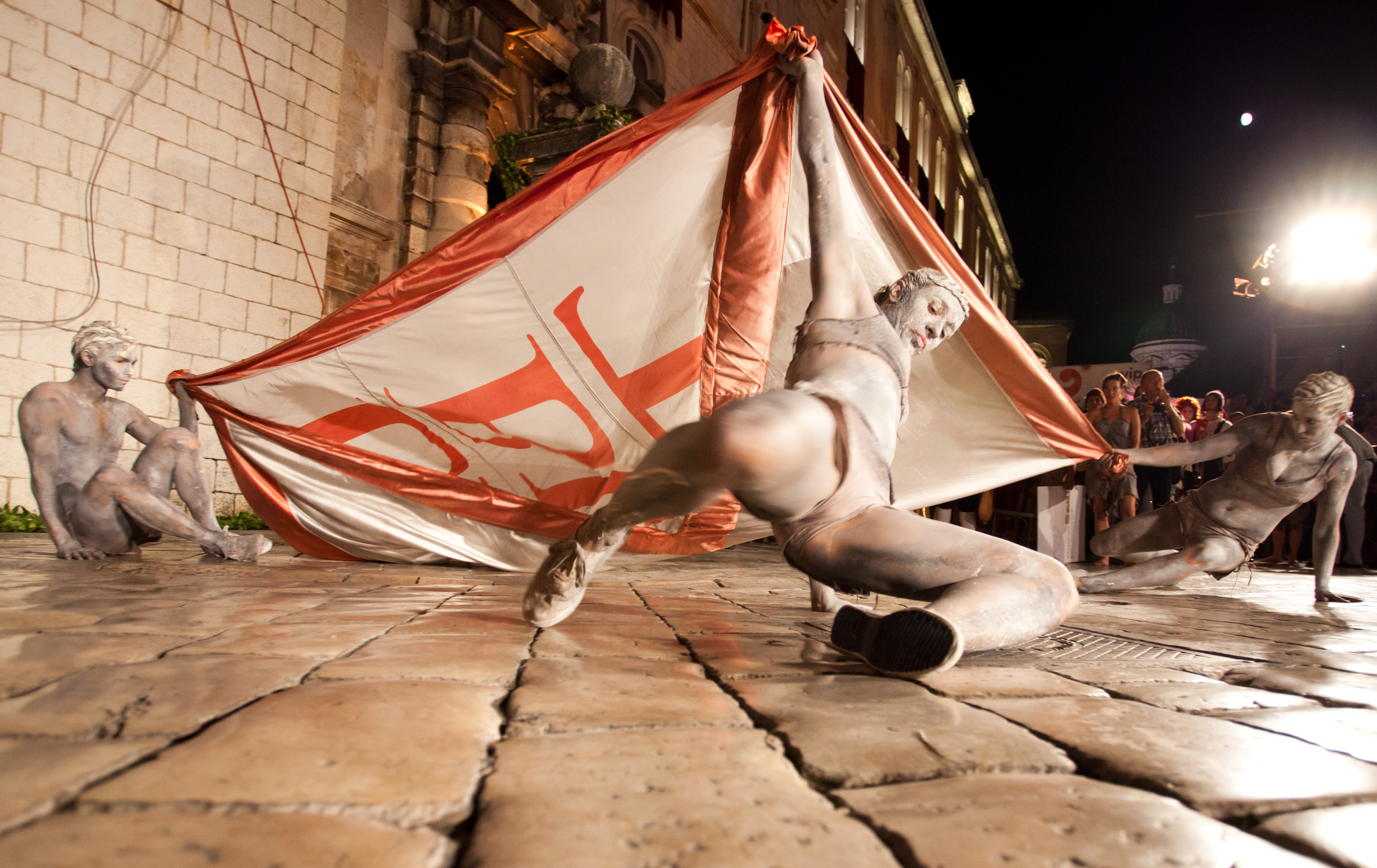 The bustling walled city of Dubrovnik hosts one of the oldest European festivals that annually, during 47 summer days from 10 July to 25 August, presents rich and vibrant theatre, ballet, opera, classical music, jazz, visual arts, film and folklore program. In 2019, the Festival celebrated its 70th anniversary. Crucial for the success of this international Festival is its longevity and continuously high artistic standard, but also the Festival’s concept, which makes it different from numerous others. Unlike the majority of other summer festivals, the DSF doesn’t use open-air venues as mere visual attractions and only as sets. Space is decisive in creating a theatrical event, so the festival catalogue, during nearly seven decades of existence, comprises approximately 130 various site-specific venues! Festival believes that the City (including the residents) is a major co-creator of the Festival’s artistic product and that the artistic production is a matter of the deepest public interest.

Scenography in heritage will provide to its participants insight in the rich history of performing arts tradition in the City itself, but as well in the history of the Festival.

The first part of the Lab will deal with the redefinition of the idea of site-specific theatre in the sense of its existence in Dubrovnik from the 14th century to the modern tenets of the Dubrovnik Summer Festival. The lab will be based on the textual, theatrological, cultural and anthropological analyses of selected plays by Renaissance Dubrovnik playwrights, including their pastoral idylls, carnival and wedding plays, mythological dramas, and particularly the wedding plays that used to be shown in the houses of Dubrovnik residents in 15th and 16th century.

The second part of the Lab will explore the ideas of so-called Dubrovnik ambientality cherished in the present day Dubrovnik, as well as the traces of complex anthropological and theatrological customs existing in the City’s micro-community nowadays, connected with the history of the Dubrovnik Summer Festival itself.

Jelena Obradović Mojaš is assistant professor at the University of Dubrovnik, programme editor at the Croatian Radio – Radio Dubrovnik and author of numerous documentaries on heritage and radio dramas. She has published a number of non-fictional and research papers in the field of cultural anthropology and history of everyday life. She is the author of a monograph on cultural history of carolling in Dubrovnik as intangible cultural heritage, published by the Institute for Historical Sciences of the Croatian Academy of Sciences and Arts in Dubrovnik, and a book of conversations comprising chronology and artistic accomplishments of the Dubrovnik Summer Festival entitled ‘Svjedoci Mnemozine’ [Mnemosyne’s Witnesses]. She is the co-author of a monograph on carolling legacy of the Dubrovnik nobleman Mato Zamagna Tamarić.

We invite theatre-makers of 18 years and older, set designers, directors, choreographers, playwrights, or students in any of those and related fields, to send their CV and short motivational letter to lab@futurepics.org by 7 February 2020.

Participation is free, while the organiser covers travel and accommodation expenses for the selected participants.